Playing with memory and function in a kitchen inspired by Hong Kong. 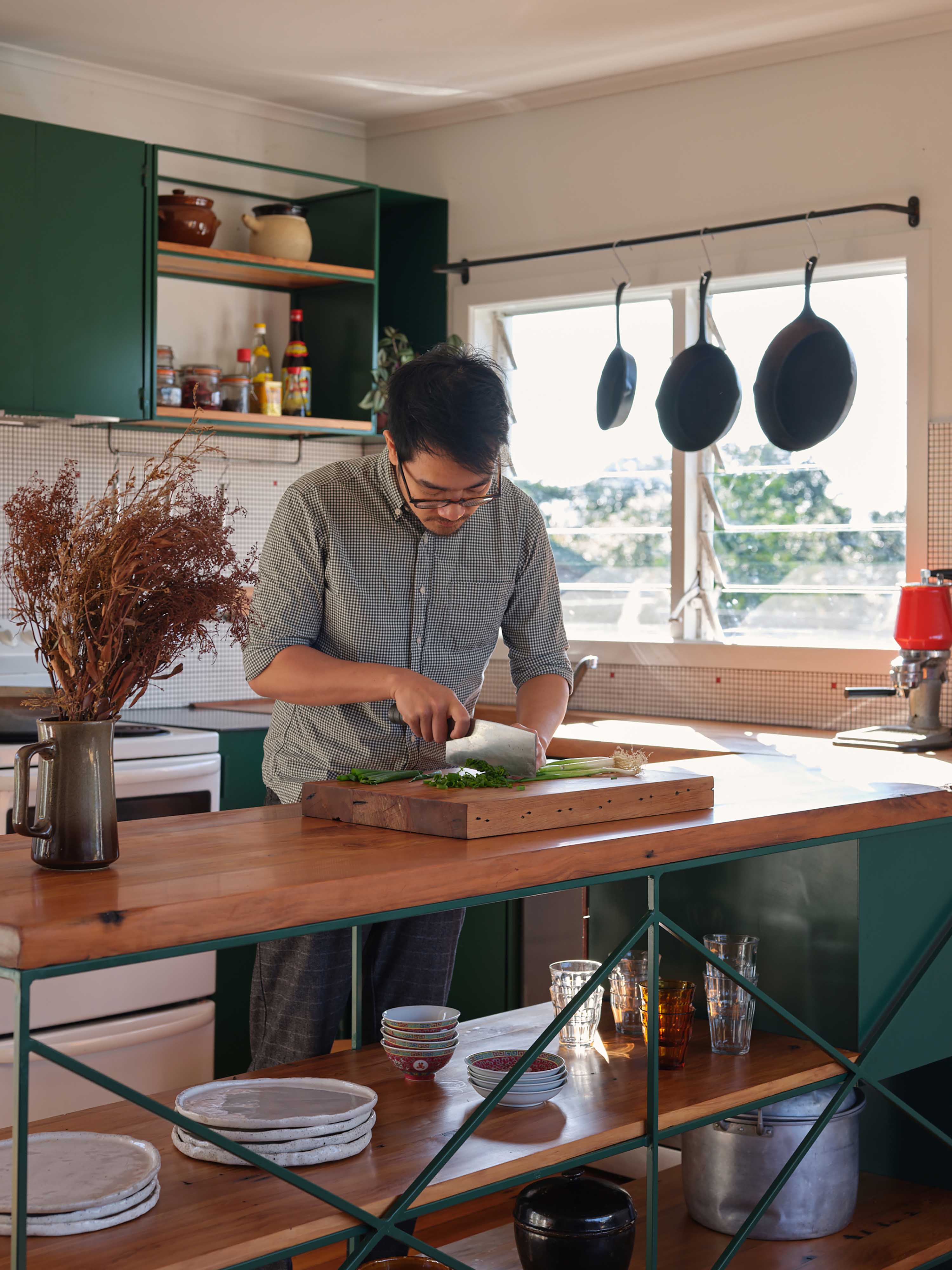 Eugene Isack in the kitchen.

Playing with memory and function in a kitchen inspired by Hong Kong.

Eugene Isack in the kitchen. 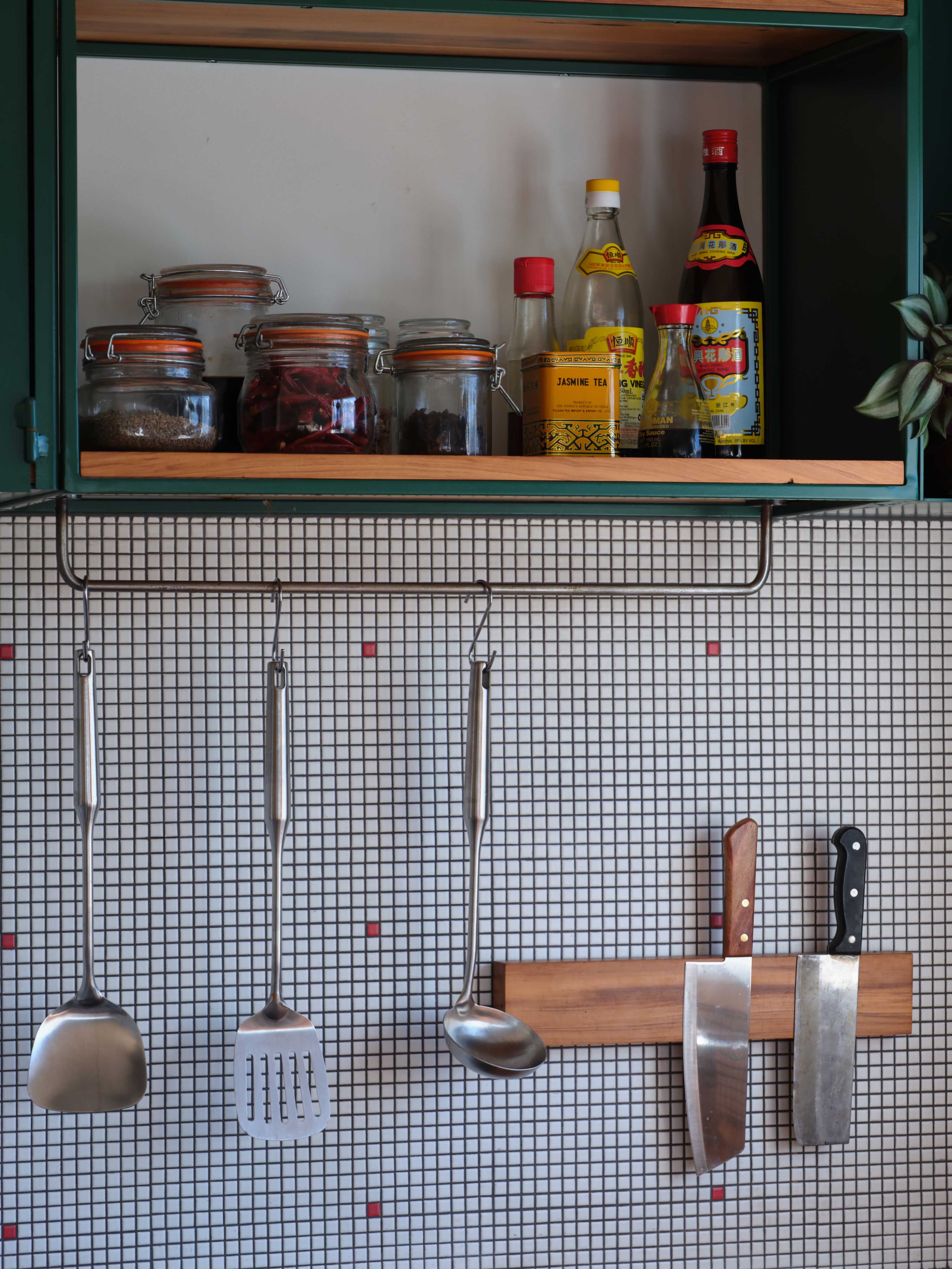 Eugene Isack and designer Raimana Jones have been friends for a long time, so when it came to reworking Isack’s kitchen in Wairau, Tāmaki Makaurau Auckland, he turned to Jones for a design that evoked memories of his grandmother’s kitchen in Hong Kong. “Having a kitchen that’s inspired by your home country can be very self-affirming,” says Isack. “It acknowledges where I’m from and how it has shaped me as a person.”

Tell us about the inspiration for the kitchen.
Eugene Isack: I’m originally from Hong Kong and emigrated to New Zealand with my parents in 1990. Like many children from immigrant families who spend their formative years in another culture, there is a sense of cultural disjointedness. I didn’t really have any memories of Hong Kong as I was so young when I came to NZ. The first time I returned was when I was maybe 12. I stayed at my grandmother’s apartment which is like a time capsule of 1960s Hong Kong. To me, her apartment represented the only real homeland that I could identify with.

How did that come through in design?
Raimana Jones: We designed around the practicalities and efficiencies of mise en place (food prepping) and retrieving kitchen utensils. Most kitchens in Hong Kong, just like Eugene’s grandmother’s, have to make the most out of their small footprint. Utensils tend to be exposed and very little travel is needed to retrieve one tool to the next. This was translated through the overall planning of the kitchen, through the design and placement of the handles, rails to hang utensils and open shelves for easier reach of sauces and spices.

And we celebrated Eugene’s cultural and familial heritage. Hong Kong has a ubiquitous ‘jade green’ found mostly on signage and interiors of cha chaan teng (Hong Kong cafes). This was transcribed into the steel cabinetry. It’s a very specific green – between a teal and forest green – and pairs beautifully with timber.

You’ve used steel cabinetry where most wouldn’t. Why?
RJ: Eugene wanted something very customised and we both found that laminate was quite limiting as a material and didn’t feel right for his brief. Steel is a material I’m experienced with – it offers more variables to play with. If used effectively, steel can actually cost about the same as modern plywood cabinets. I took advantage of a metal laser cutter and CNC press brake to make the assembly process more efficient. I wanted the typology of the cabinetry in this kitchen to celebrate the authenticity of steel and showcase the thin and slender profile it can offer.

The tiles are beautiful – what’s the idea?
EI: The splashback was inspired by the red-and-white chequered floor tiles at my grandmother’s apartment. Chequered floor patterns are pretty common in Hong Kong restaurants, dating from the early 1900s.
RJ: The small scale of the tiles was also very important as they reference the homogeneous and rectangular tile work found at different metro stations in Hong Kong. I designed a grid pattern with red tiles placed at specific increments to build a pattern referencing these chequered floor tiles, but with a modern twist.

What’s it like to cook in?
EI: It’s very peaceful. It feels like you belong there in a way. But I also don’t really pay attention to my surroundings until I encounter an obstacle of any sort. So, in this kitchen, it’s very frictionless to cook in. There aren’t any moments where you’re digging through a cabinet looking for a particular pan. 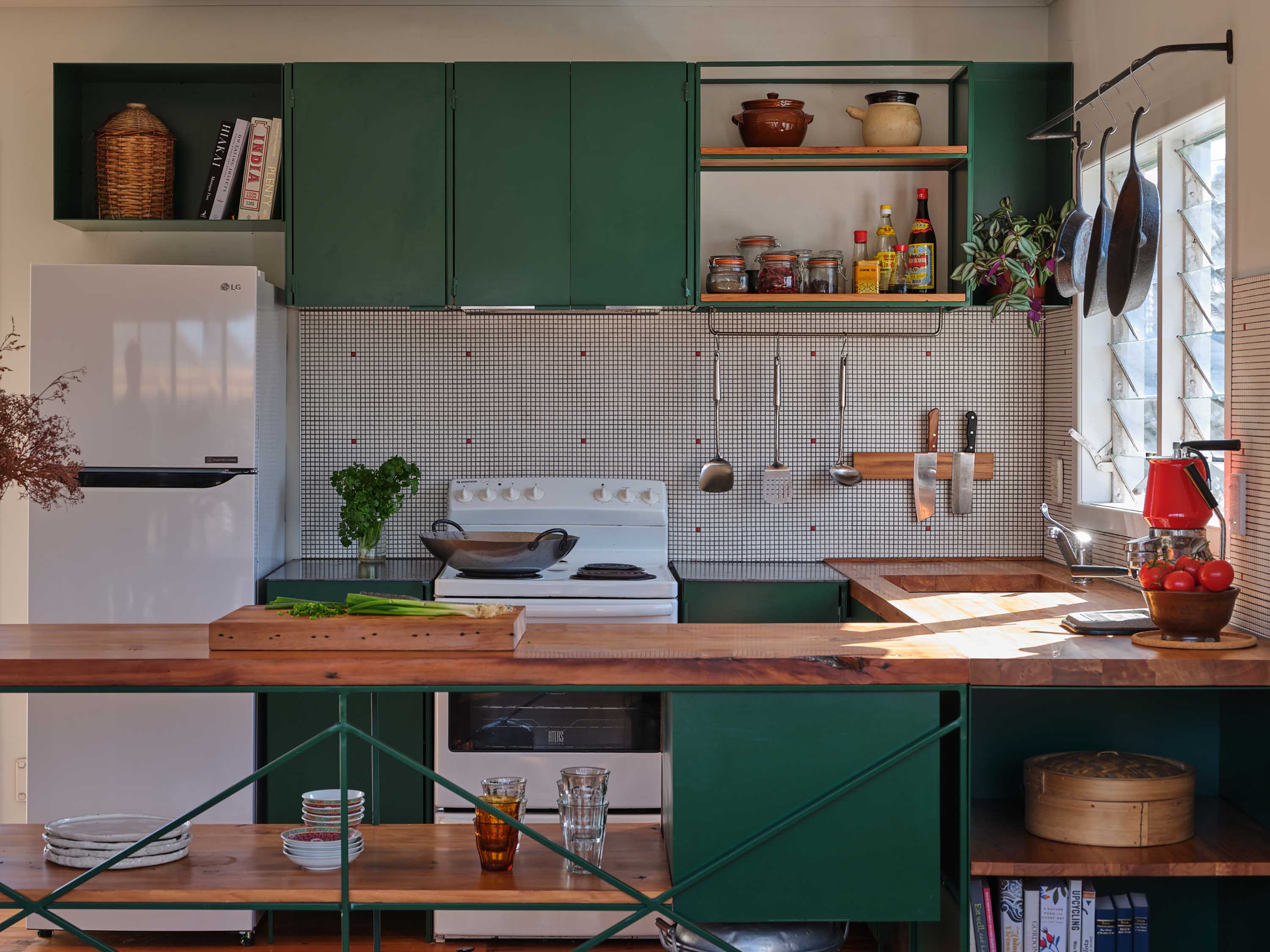 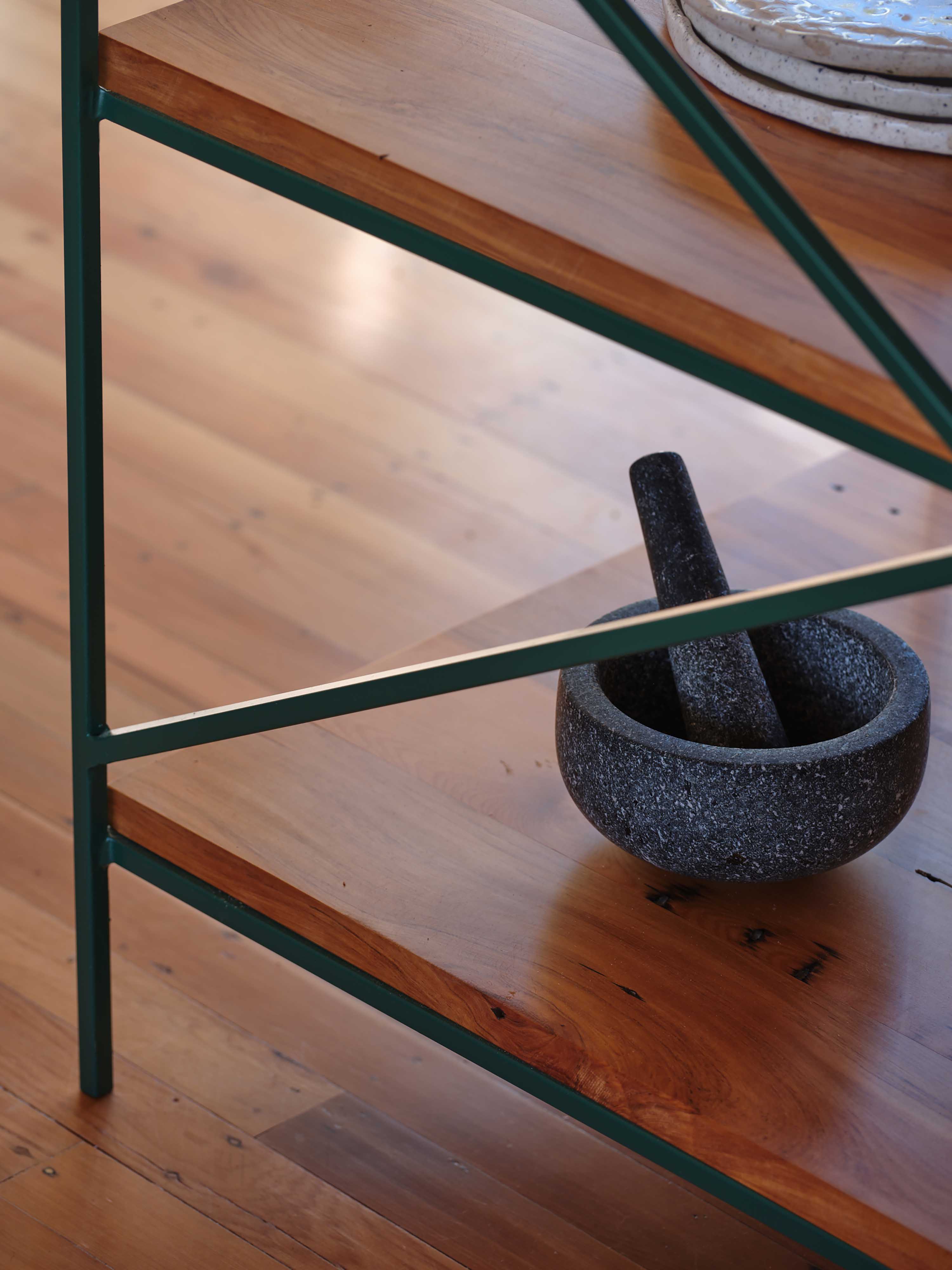