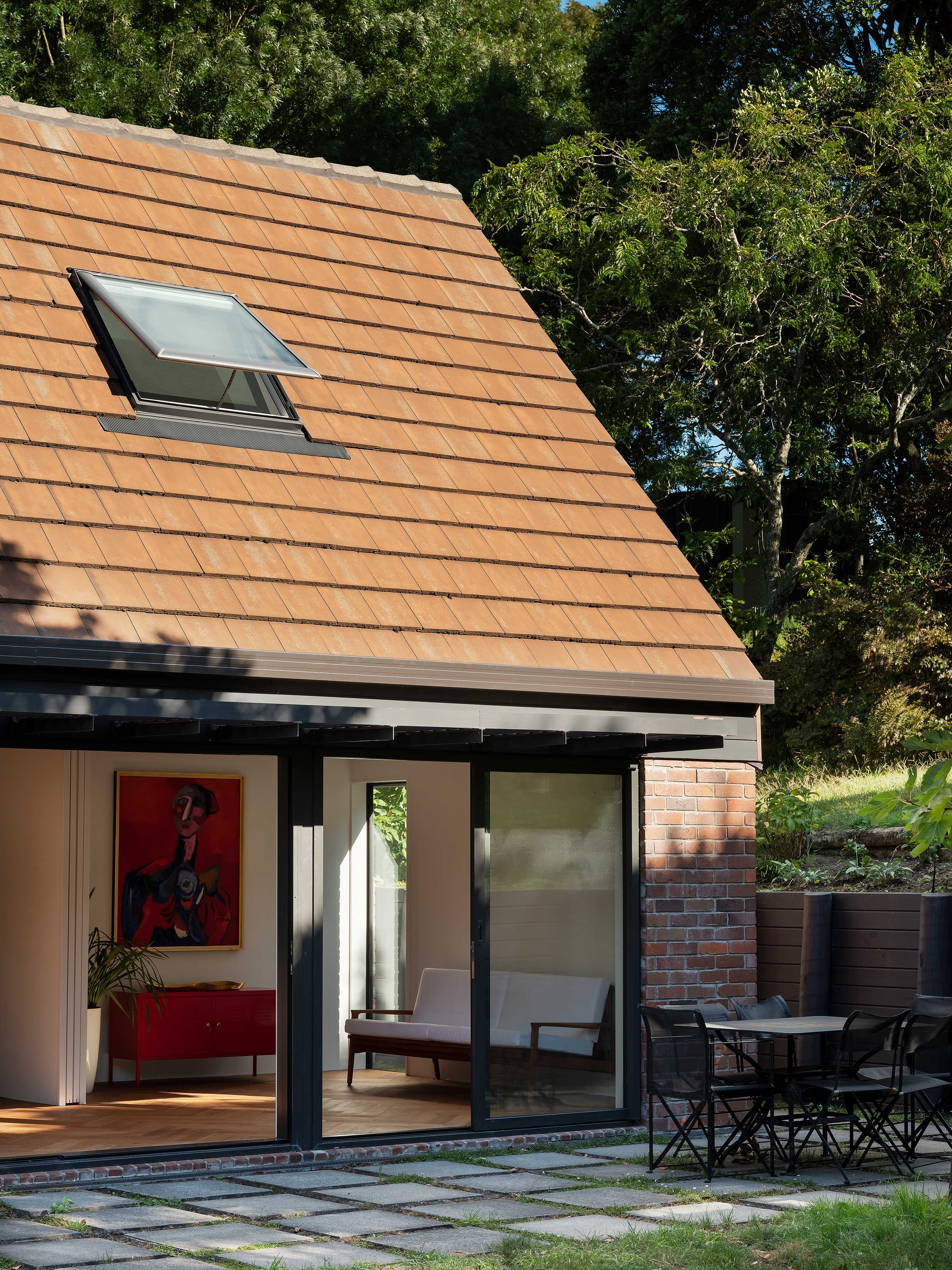 An underused courtyard has been given new purpose

An underused courtyard has been given new purpose 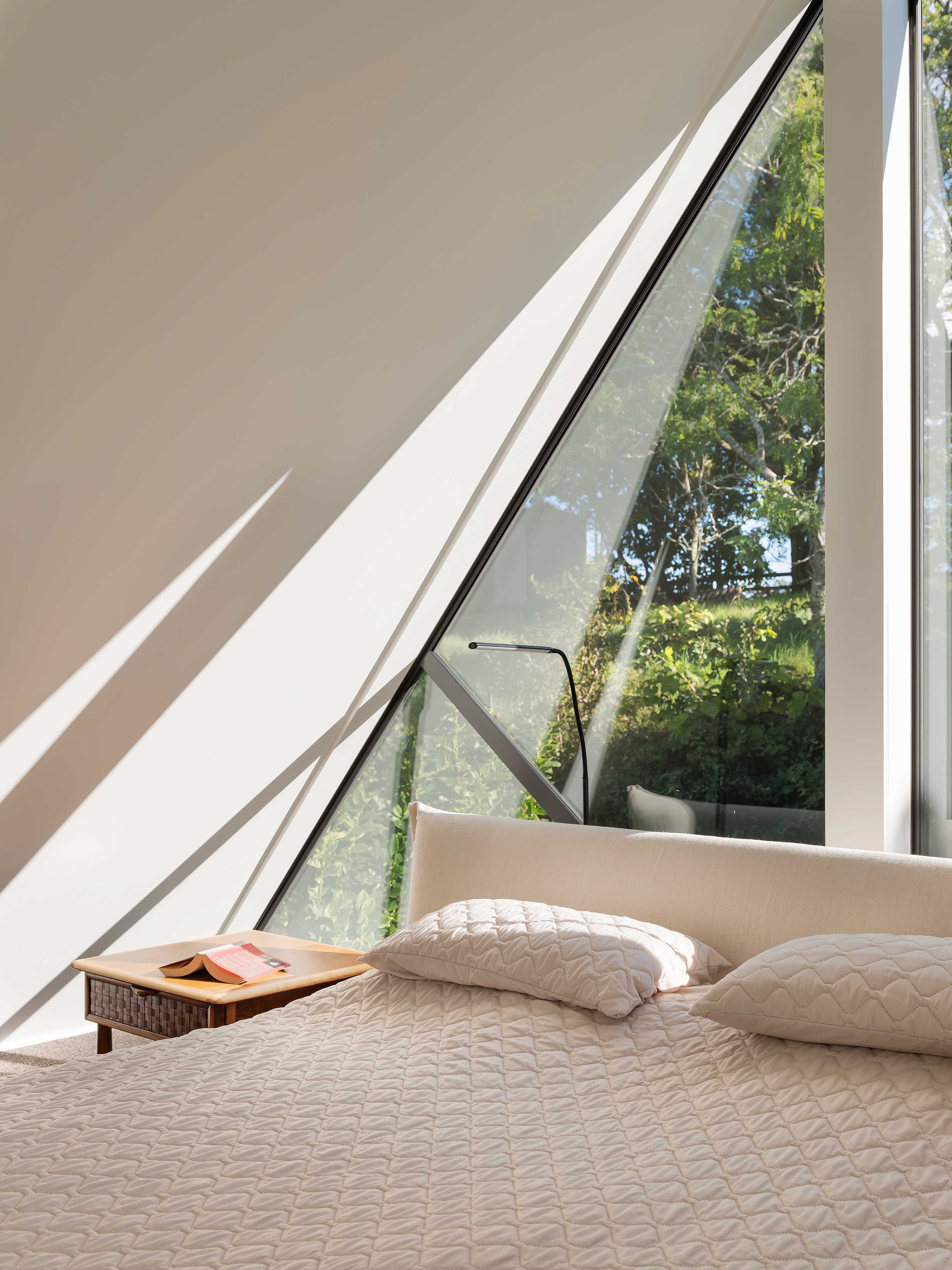 There’s an unspoken sense of responsibility when you own a home designed by one of Aotearoa’s great architects. An onus, of sorts, to try and retain the integrity of their original design. On the whole, the role of custodian is a happy one – the aesthetic of these important houses being their main appeal. But when circumstances call for alterations or an extension, the relationship can get rocky.

That’s what happened when the owner of this Ron Sang-designed home decided to add a guest suite to the South Auckland property. As an admirer of architecture, she was reluctant to alter the house, intent on retaining Sang’s original mid-80s design. “To have extended the home’s footprint would have really changed the dynamic of the property and the way that it works,” says architect Natasha Markham, director at MAUD, an architecture and urban design practice. So a home alteration was out. The attached garage, however, was not.

From the outside, the garage was in sync with the main home – brick cladding and a matching high-gabled roof. But that’s where the similarities ended. Inside sat an unlined parking-space-cum-storage-room. From the outset, Markham recognised it as “a very natural way to add space to the house without extending the footprint”. Sure it was small, around 48 square metres, but it offered substantial volume, and Markham’s design doesn’t waste any of it.

First, the architect instituted a mezzanine level, tucking a bedroom and separate reading nook high into the roof space. A similar lofty area exists in the main house, so the design reflects those internal relationships and remains faithful to Sang’s ideas. The garage’s glazed gable ends take care of the natural light up here, while a new opening skylight answers Markham’s initial ventilation concerns. A pop-out stairwell gives access between the levels but did call for a small extension to the original footprint. At just two square metres, the modest addition works hard, incorporating a beautiful picture window that echoes the glazing of the main residence. It also cleverly camouflages two slender shutters, for additional airflow, within the cladding.

The ground floor is given over to living, dining and the bathroom. A black steel kitchen by IMO has a clean run along the eastern wall in a functional layout. The dining table enjoys the volume of the high-stud roof, while the sitting area is more intimate, defined by the low ceiling of the mezzanine. A light herringbone parquetry warms the monochrome space, and a sliding door between the two zones provides the flexibility to use the lounge as a second sleeping area.

The garden outside the apartment was always a bit of an afterthought. Though the owner is a keen gardener, it sits behind the main house and existed as a secondary outdoor space. Markham’s design gives it a reason to be. Running glazed doors across the northern face of the building has opened the living areas up to the courtyard and warm afternoon sun. “The owner has already started planting beds,” says Markham. “It really belongs to the small house now.”

The new apartment has its own language but adopts mirrored features and a use of space similar to Sang’s design. “The original house has a sense of ease about it,” explains Markham. “And this feels like it fits with that.” It’s a cohesive partnership, to be sure. But one question remains: Where do they park the cars now? “Well,” laughs Markham, “it’s a big driveway.” 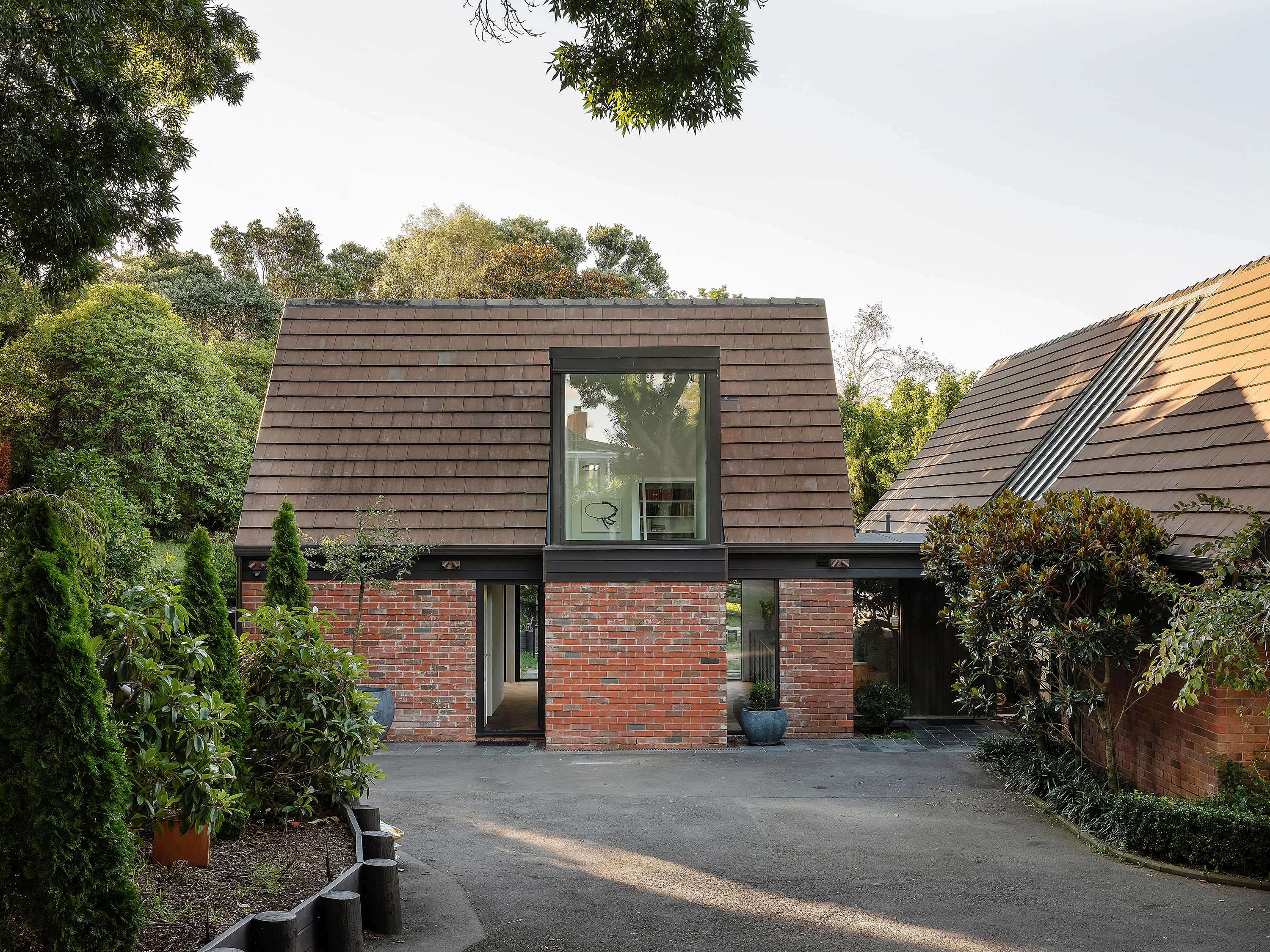 A large picture window speaks to that in the main home 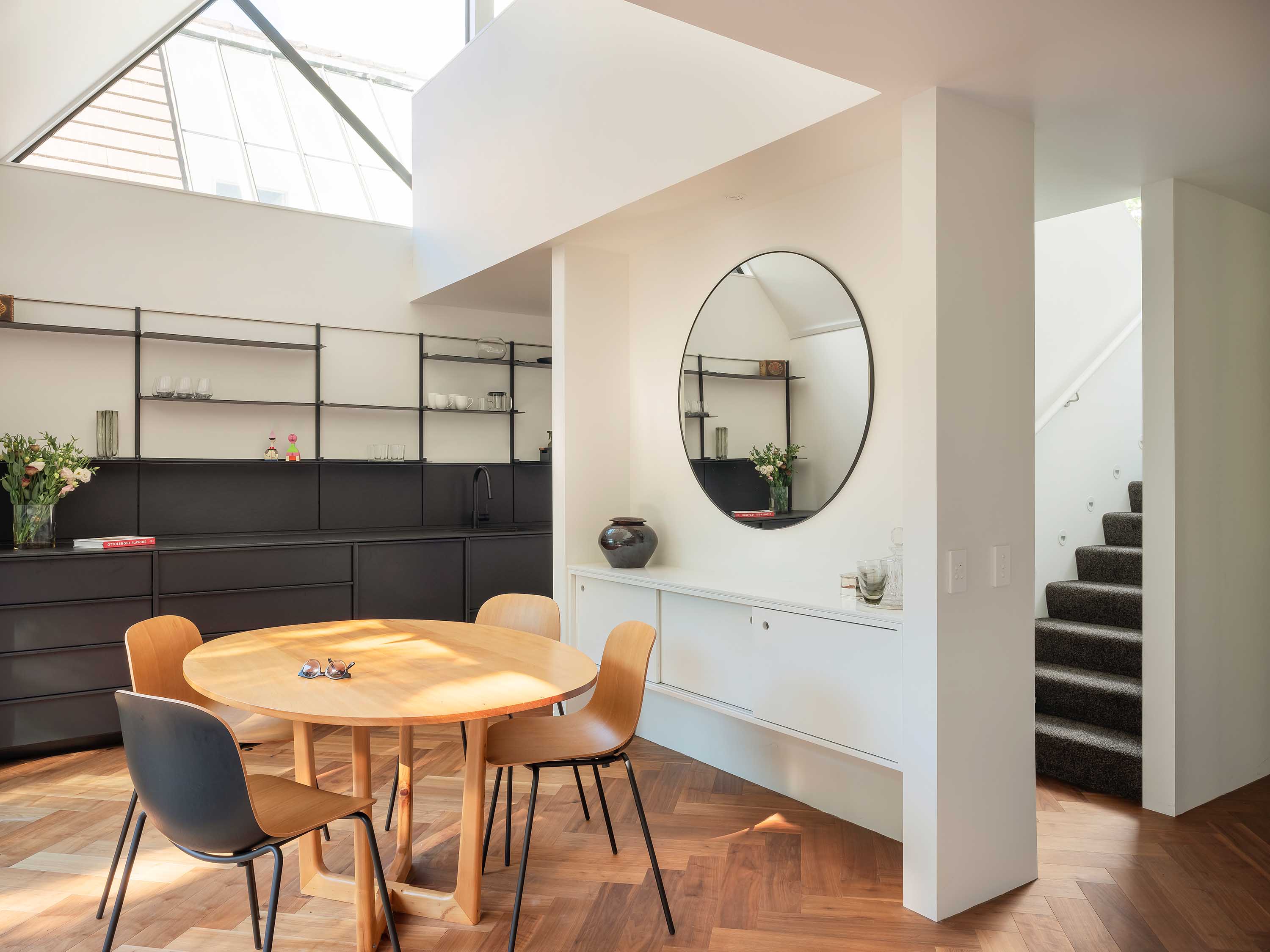