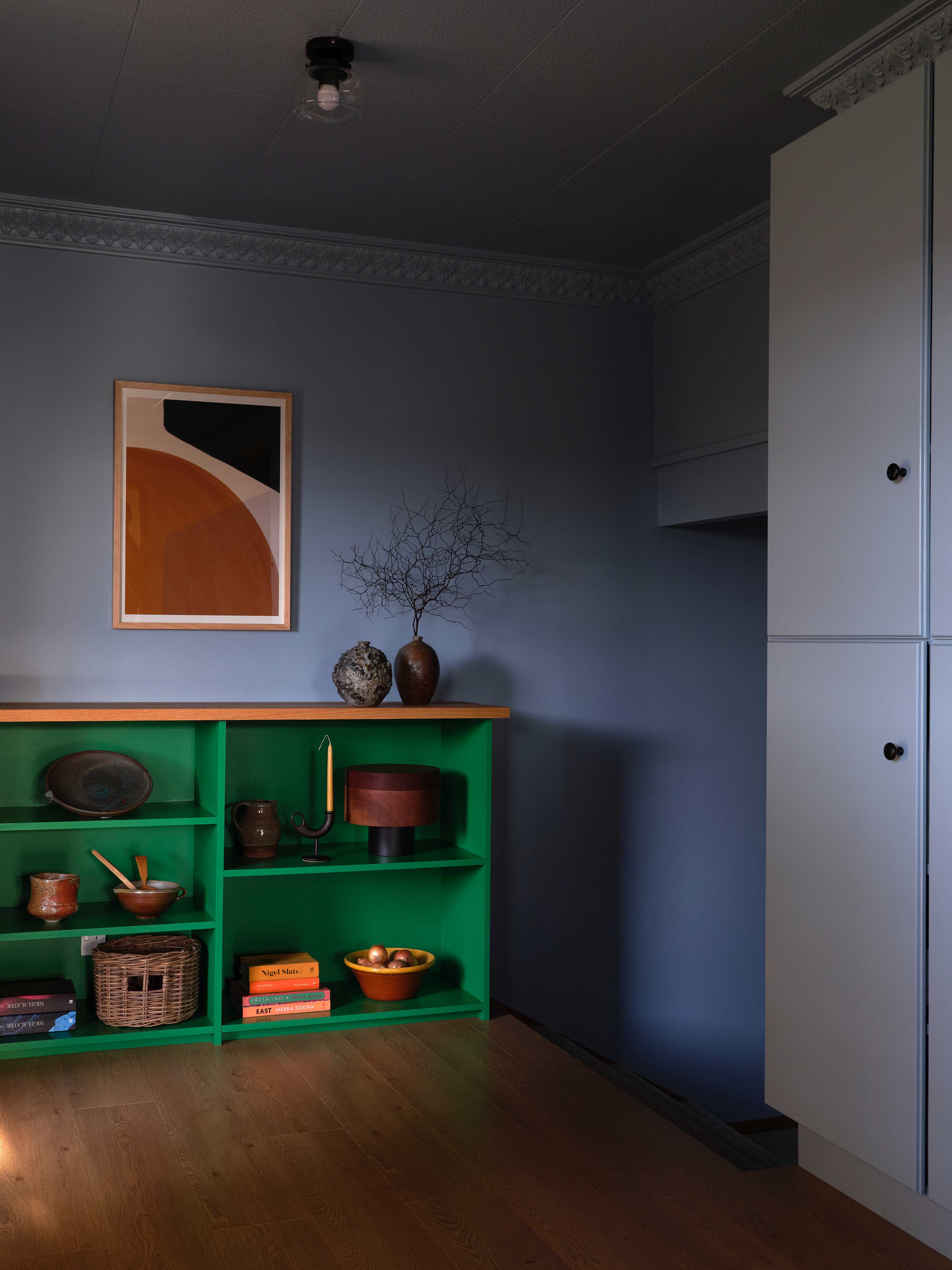 The new kitchen is a study of colour that feels bright and warm.

The new kitchen is a study of colour that feels bright and warm. 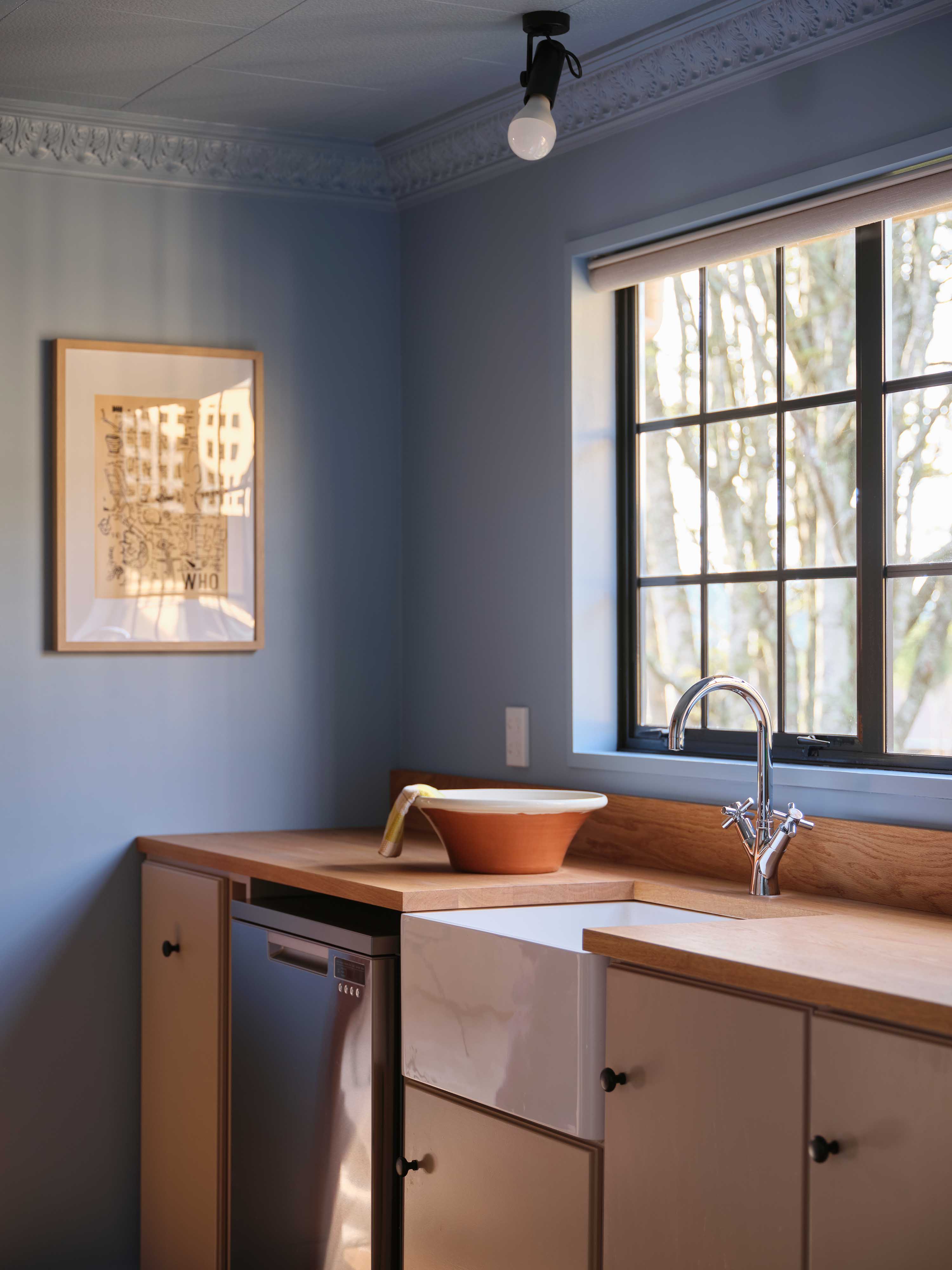 It wasn’t so much the desire for a new kitchen as more practical concerns that drove Linda Daly to rejuvenate her kitchen. When her husband Bill died a couple of years ago, she found herself in a 1980s kitchen with a gas cooker – and as a non-driver, she was unable to go and replace the gas bottles. “That was the big thing,” she says. “It had to change.”

That aside, she’d lived in the house for decades with the original 1980s kitchen and its appliances. It was time for a refresh. “Bill kept telling me, ‘Go buy new ones, they’re on their last legs,’ and Covid was coming, so I just went and did it.” Then she called on son Ben Daly to rework the space. Daly trained in architecture, but he left formal practice years ago, choosing instead to rehabilitate old houses in a mashup of craft and architecture that is more intuitive than it is designed.

His first project was an apartment in Te Whanganui-a-Tara; his second, a house in Hawke’s Bay, followed by a shearing shed on the Canterbury Plains; a century-old bungalow in Nelson is the current project. In each, he takes something prosaic and worn out and finds something magical in it.

This project was a bit different. The house, in the suburbs of Ōtepoti Dunedin, is typical of the 80s, with a standard 2.4-metre stud, a series of rooms over split levels with a plethora of cornices and fiddly details. The kitchen was very much of its time too, built from MDF and located in a dark corner of the house with a breakfast-bar return that blocked the flow of the space. “We didn’t want to spend a whole lot of money, so it was about how we could spend on certain things and try to re-use stuff,” he says.

Daly drove down from Christchurch  at the beginning of 2020, and set about demolishing half the cabinetry, starting to feel his way through the project. “I ripped out some cupboards and thought I’d get the cooker in, and then work out how long the rest was going to take me,” he says. Then the pandemic arrived, and the country went into lockdown. “And Mum had half a kitchen and nothing was finished. But the cooker worked.”

Over a few months, he returned twice more to finish it off, re-purposing old cabinetry and building some to match, paring back the layout from an awkward return with tight circulation to two lines of cabinetry either side of the wide room, and framing up a box around the new cooker, which has an induction cooktop.

Then, he played with colour. The cabinetry is painted beige, essentially to make it disappear, while the cooking area is a delightful peach, and the walls and ceiling are the same shade of pale blue. At the end of the kitchen he built a new shelving unit for displaying books and ceramics, and painted it bright apple green.

It’s a colour combination that shouldn’t work, that should be overpowering in a dark room with a low ceiling, but which feels bright and warm – and kind to the rest of the house, rather than a sharp foreign object dropped into an idiosyncratic house. “It became a study of colour, as much as anything else,” he says of the approach. “That’s how you get the feeling into it.” 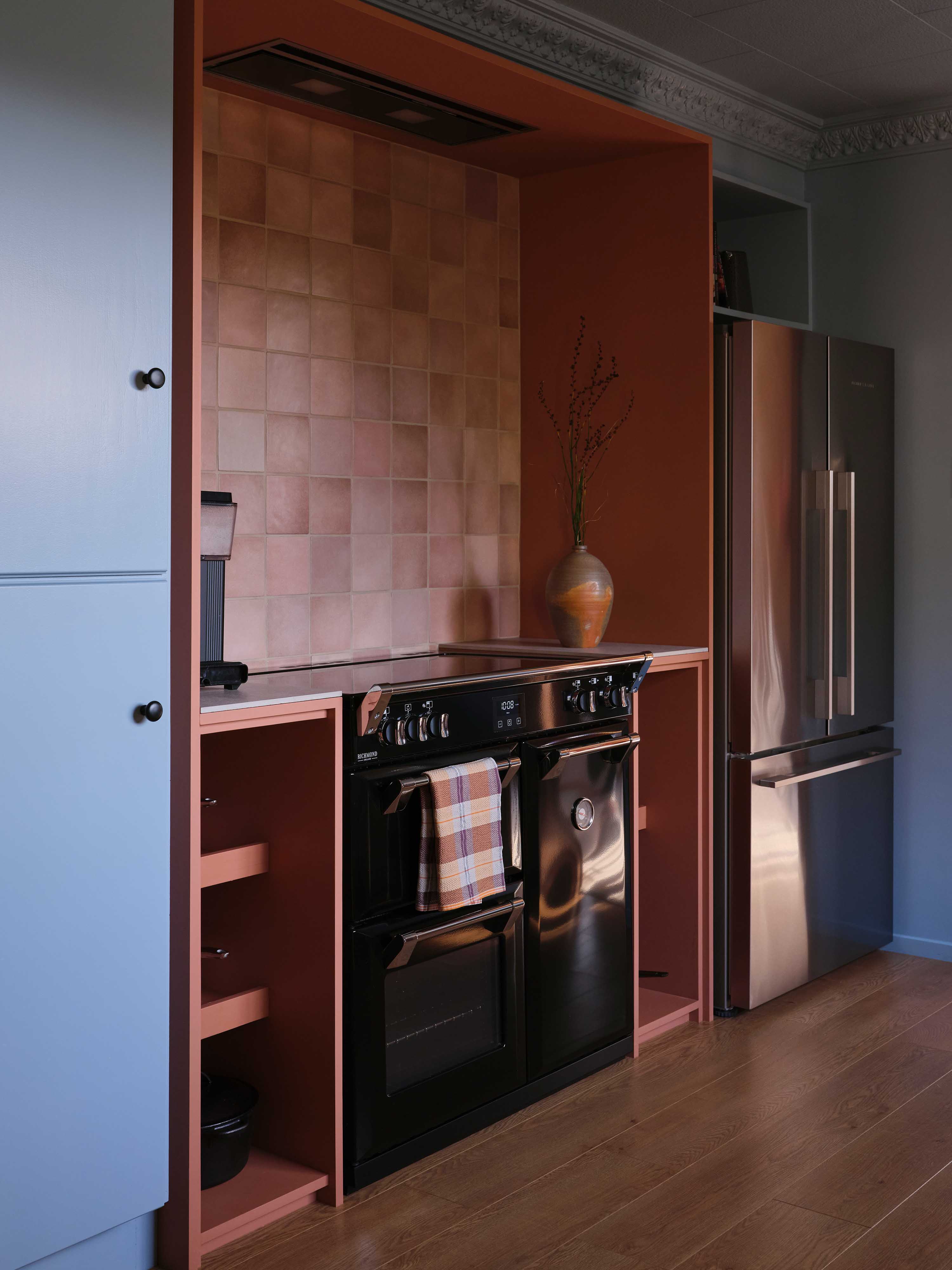 The purchase of a new induction cooker was the genesis of this kitchen project.