Over nearly a decade, Rafe Maclean collaborates with a young family to design a home that's grown as their needs have changed. 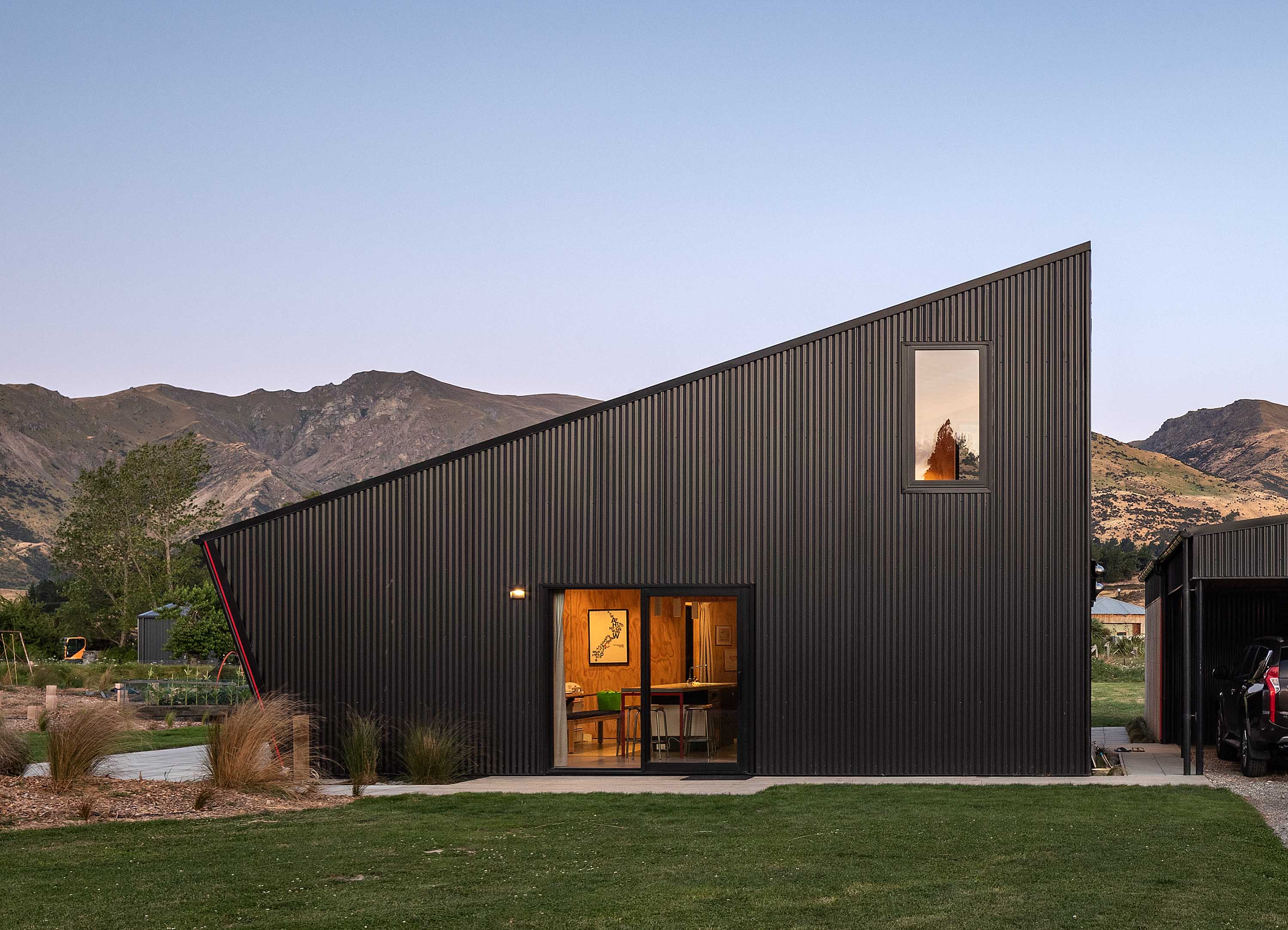 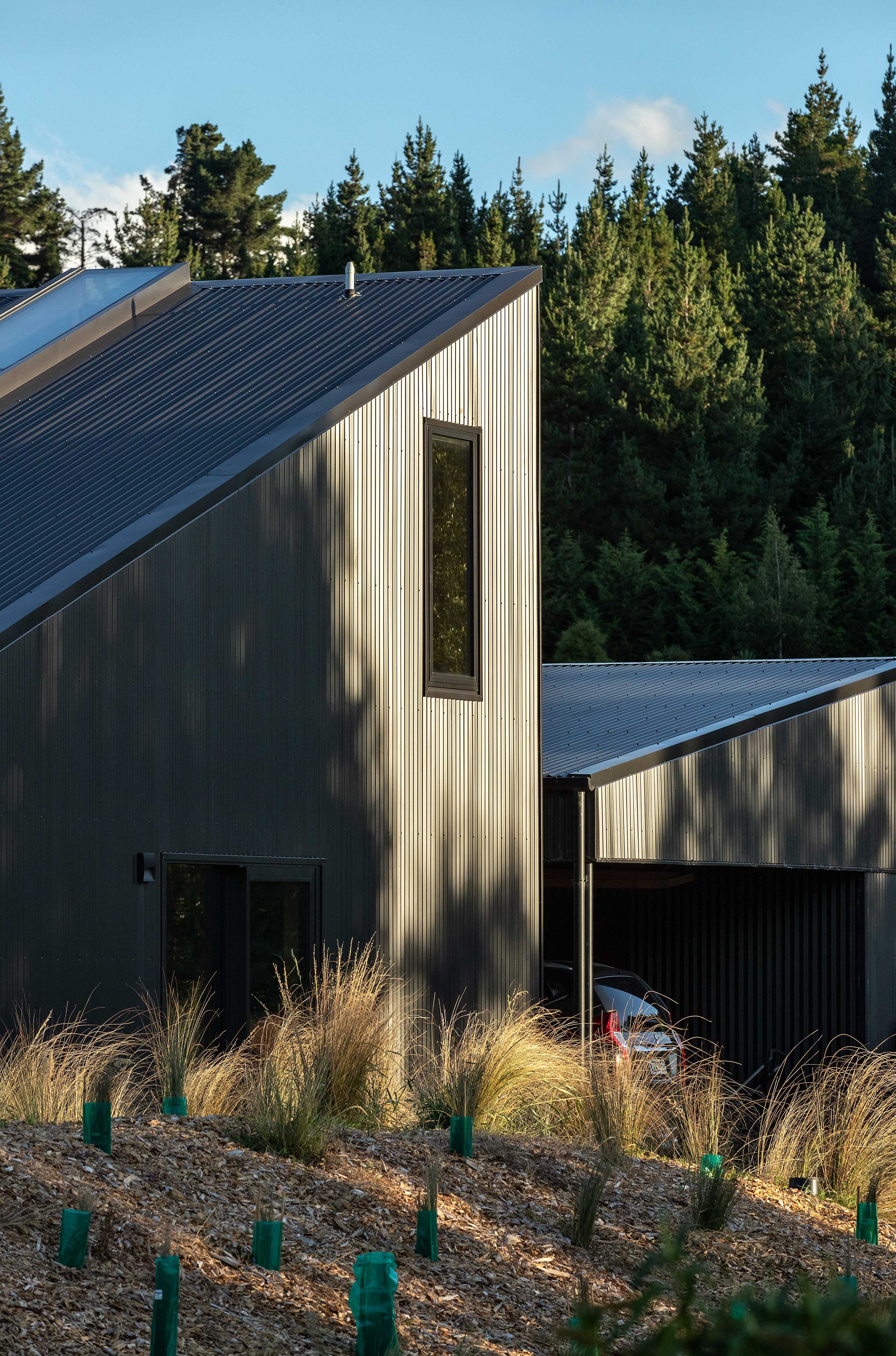 February in Hawea is hot and dry, a marked contrast to its bitterly cold winters and crisp autumns. It’s also windy, and when the Nor-wester starts to blow, it really blows – hot gusts howl down the lake just as you want to be sitting outside into the evening. And it comes from the direction you want to place your house. Designing for clients Tim and Joce Brazier, architect Rafe Maclean says he wanted the house “to lean into the wind, bracing itself against the northerly”.

He’s referring to the elegantly raked front elevation, where the walls come up on an angle, creating an overhang lined with Lawson cypress – a soft, timber box set into black corrugated steel, which is trimmed with a red racing stripe. The way Maclean describes it, there are only a couple of moves to this little house, which is located in a paddock with mountain views in all directions. “It’s a simple box with a couple of tweaks to it,” he says. “It’s not a big-budget project, so we had to keep the building plan and shape simple and easy to build.”

This is true – and also not true. While there are some familiar moves – black corrugate cladding and plywood interior – there is more going on here. The raked front activates the house, making it feel dynamic, and also provides shade in summer. There’s more drama out the back too, where a window runs up the back of the house and turns into a skylight above the main mezzanine bedroom. It's just the spot for lying in bed and gazing at the stars. You can also see Grandview Mountain to the east.

But we’re getting ahead of ourselves here. Maclean has been working with the Braziers for almost a decade, since Tim and Joce bought the land in 2012 for a relative song. At the time they were living in Christchurch: Tim is a former triathlon coach and then his work took them to Cambridge for a while. Initially, the house was to be a bach, although the couple had always harboured dreams of living here full time. It's a special spot: the community centres around a century-old school, and kids ride their bikes down country roads to get there. And there are very few absentee owners – marked contrast to other parts of Central Otago.

Maclean’s approach was deftly simple: a staged building that would slowly expand from one-bedroom bach to four-bedroom family home over several years and three stages, driven by budget and family needs. “I really liked the fact that they didn’t just go out and borrow heaps of money to build space they couldn’t afford and didn’t need,” says Maclean. When the couple moved to Hawea full time, Tim became intimately involved with the project – at one point, he contemplated a move into the building industry, and prepared the home's concrete slab for stage one; he built stage two himself. 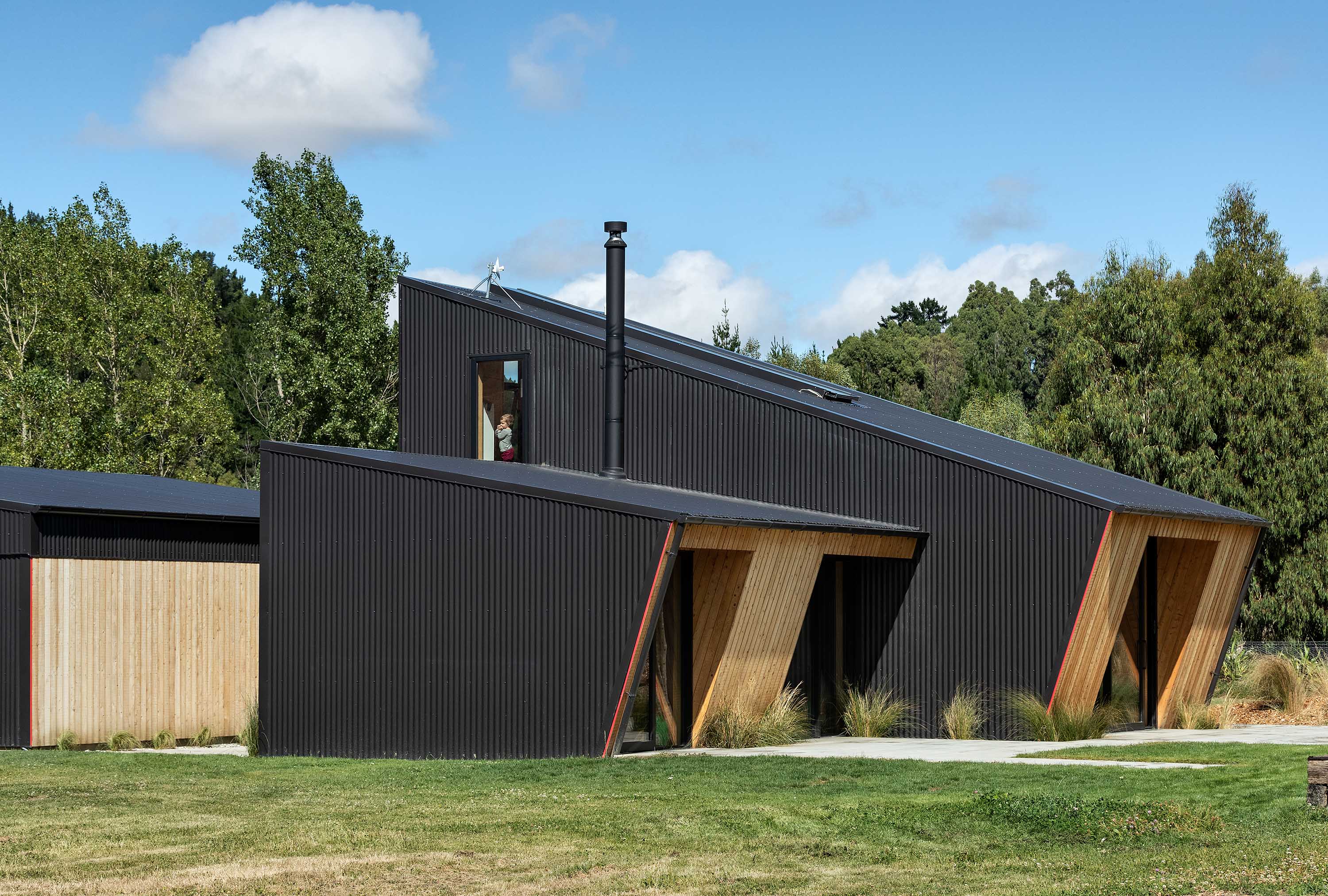 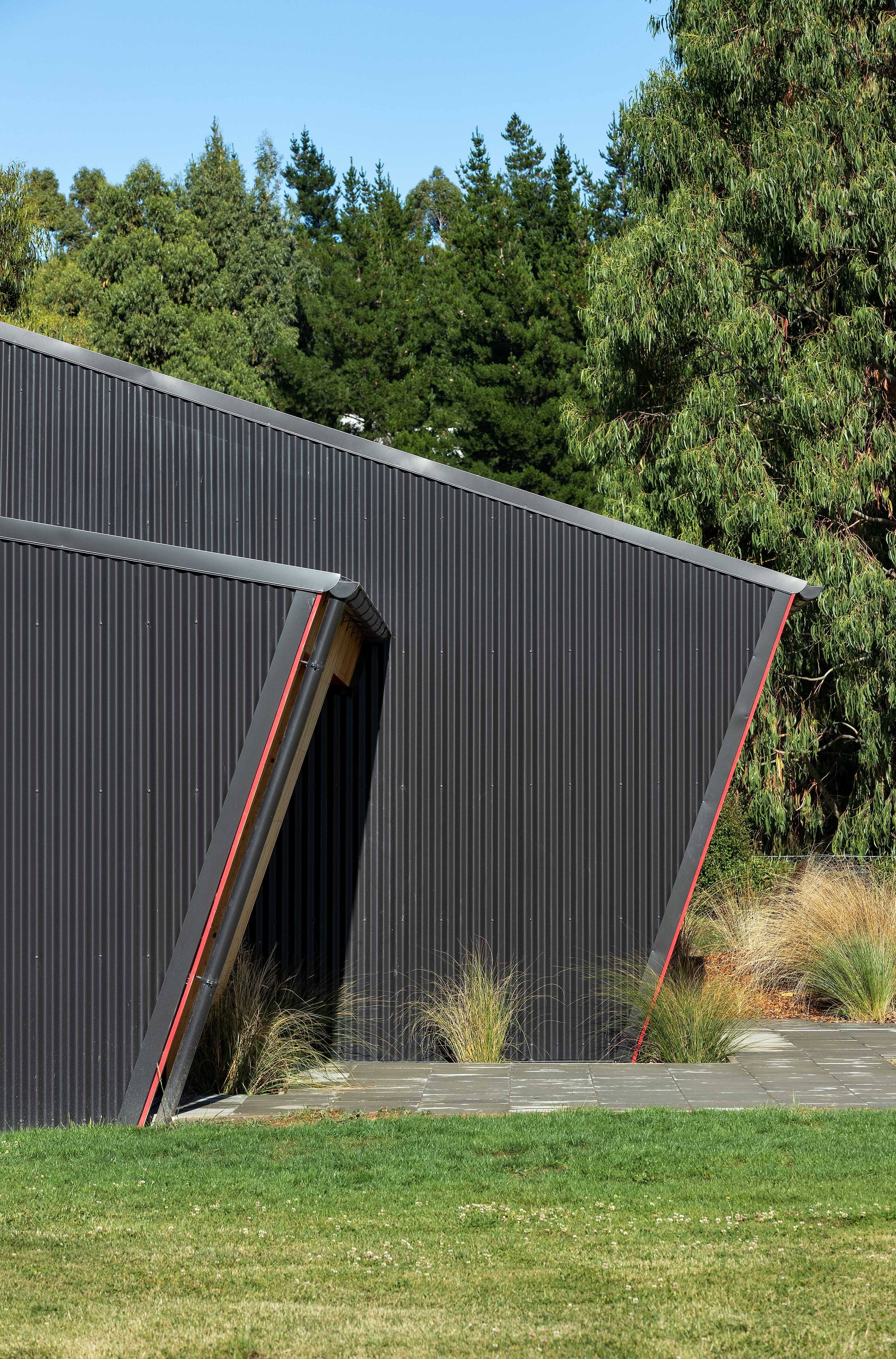 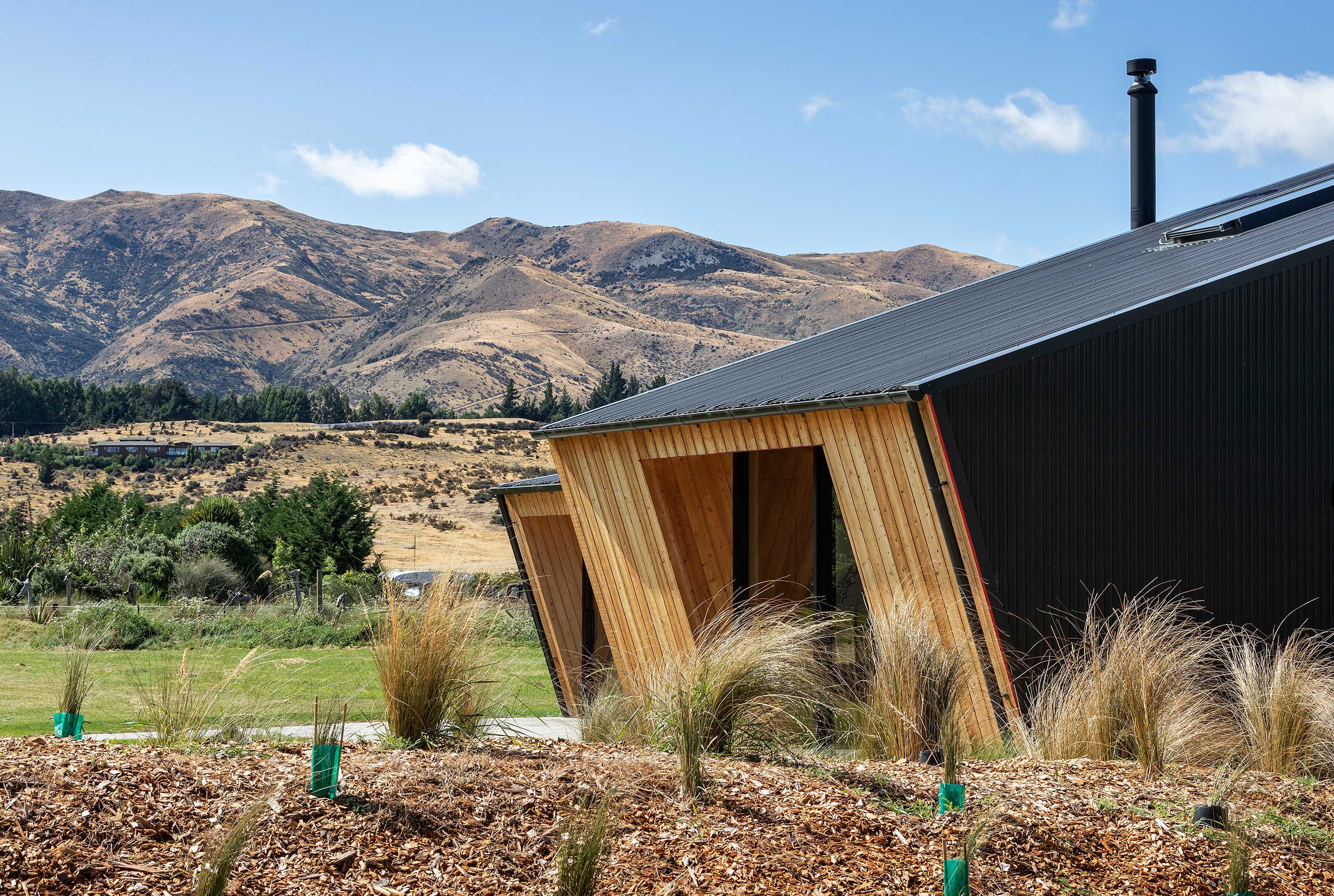 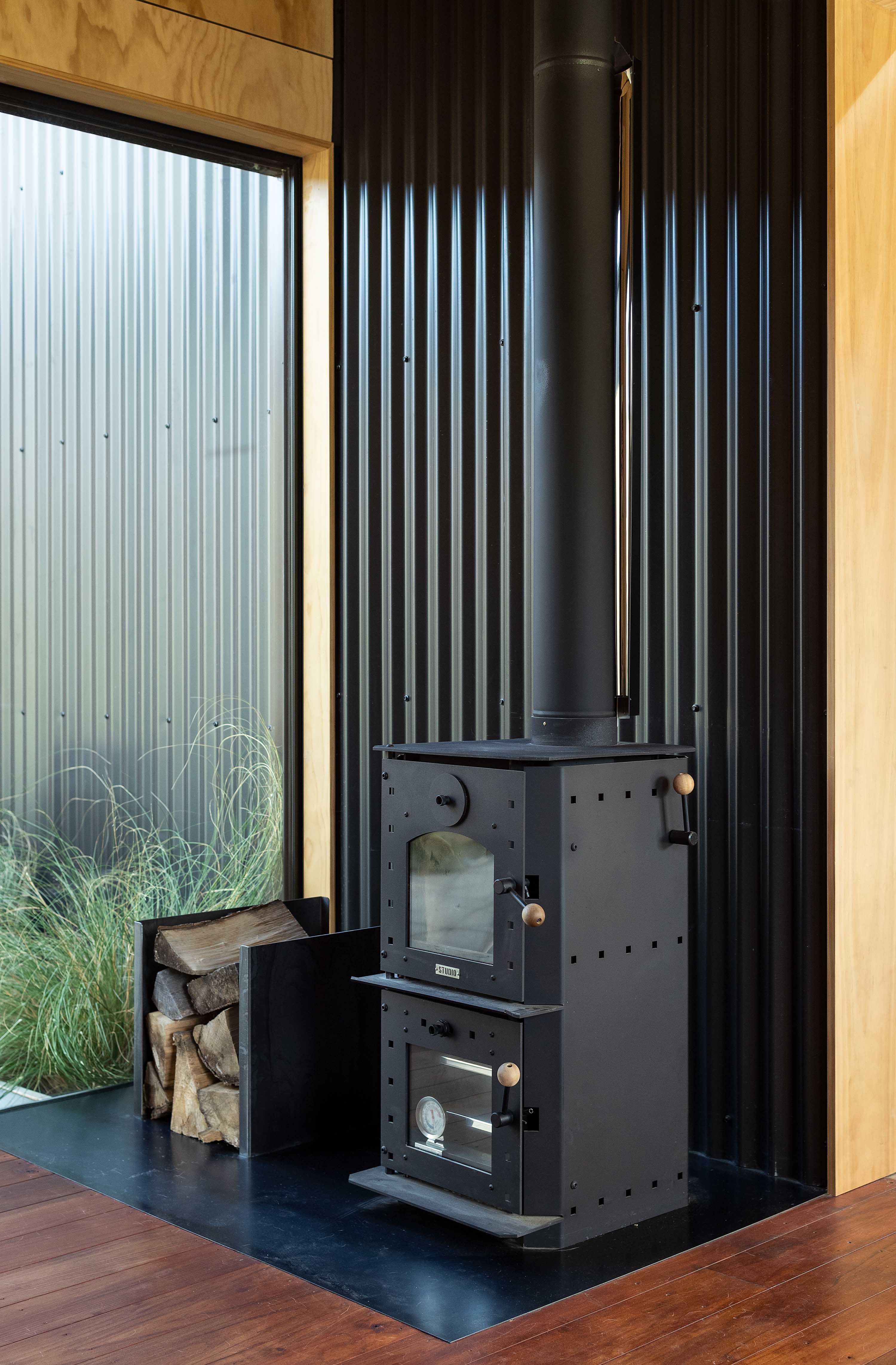 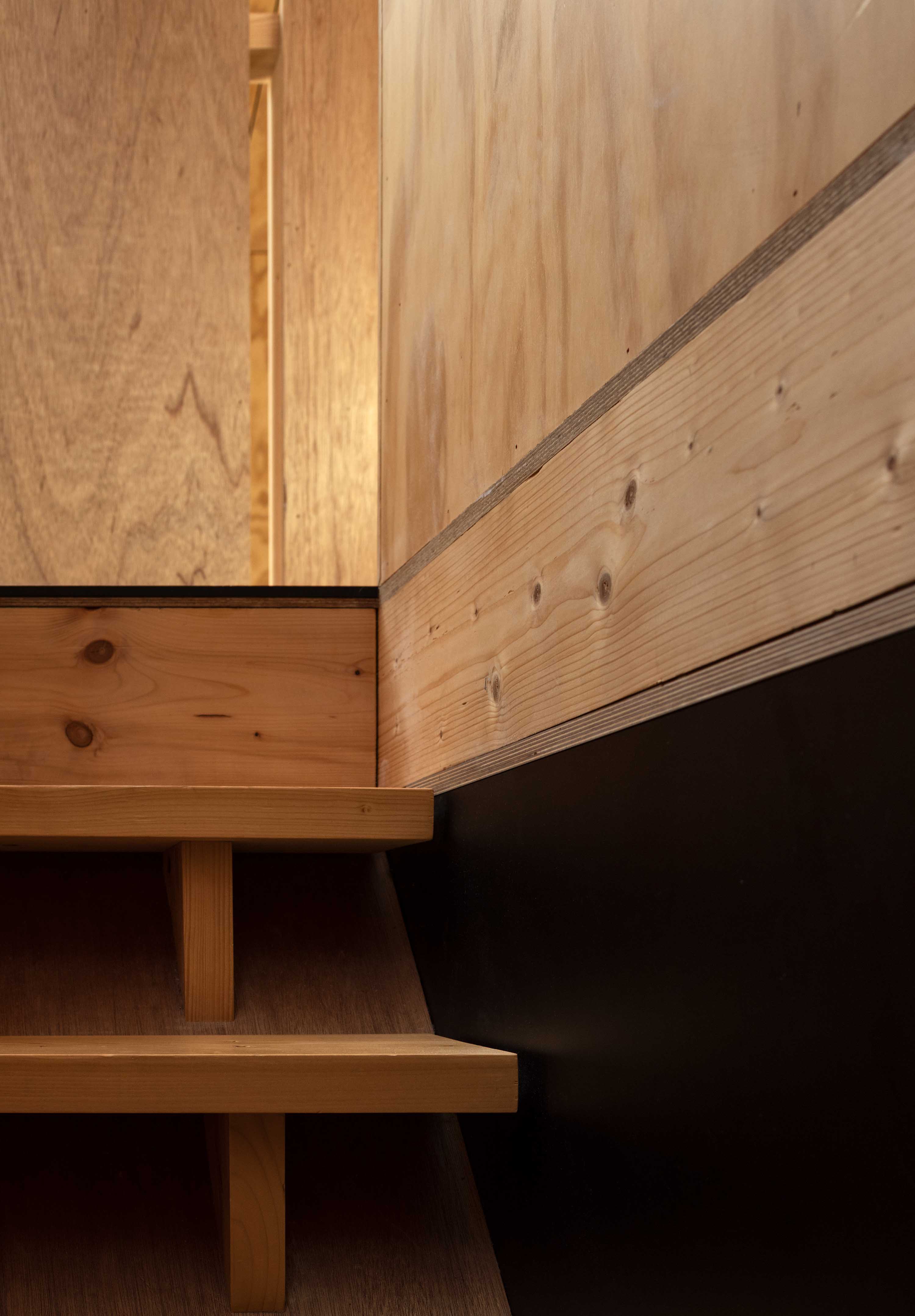 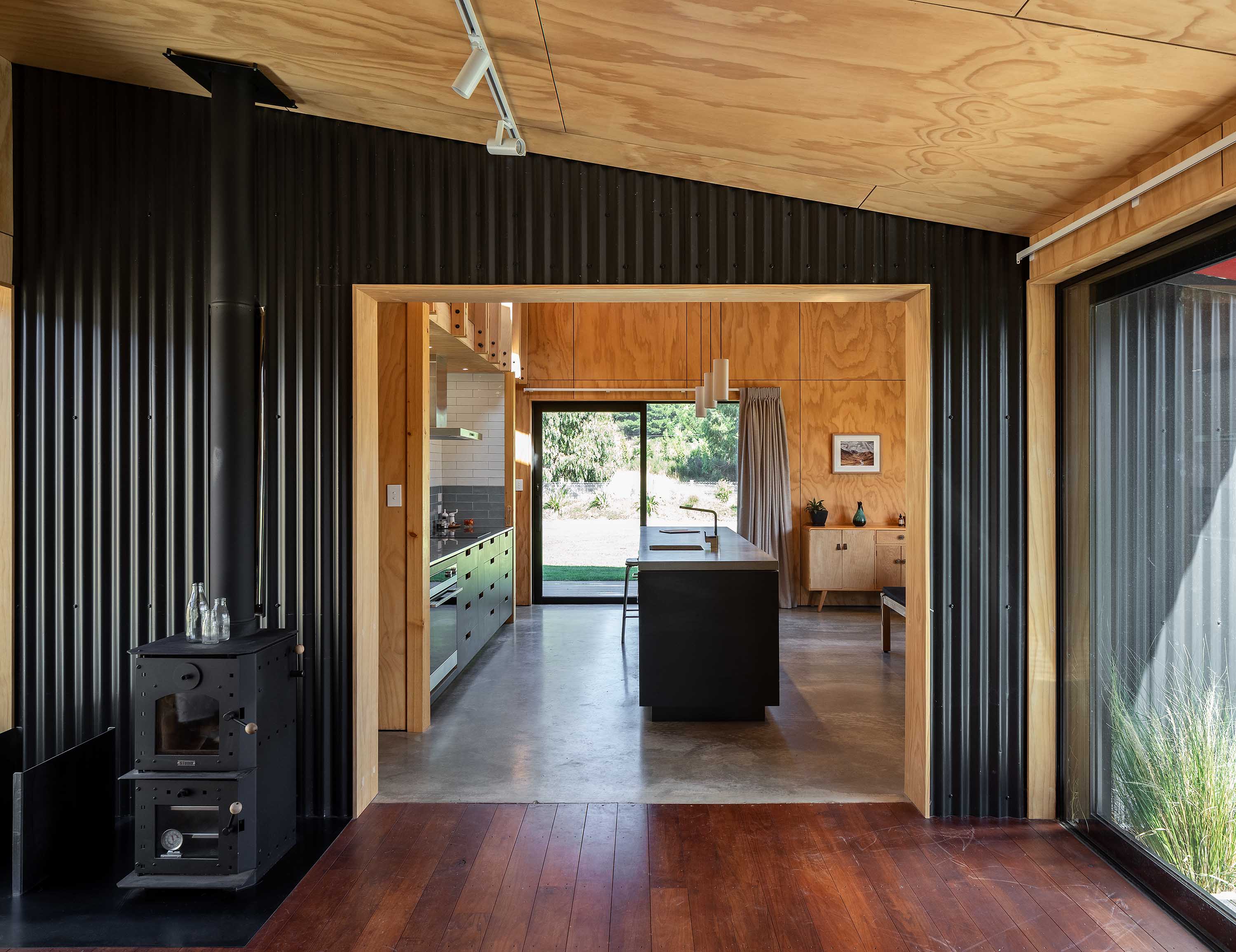 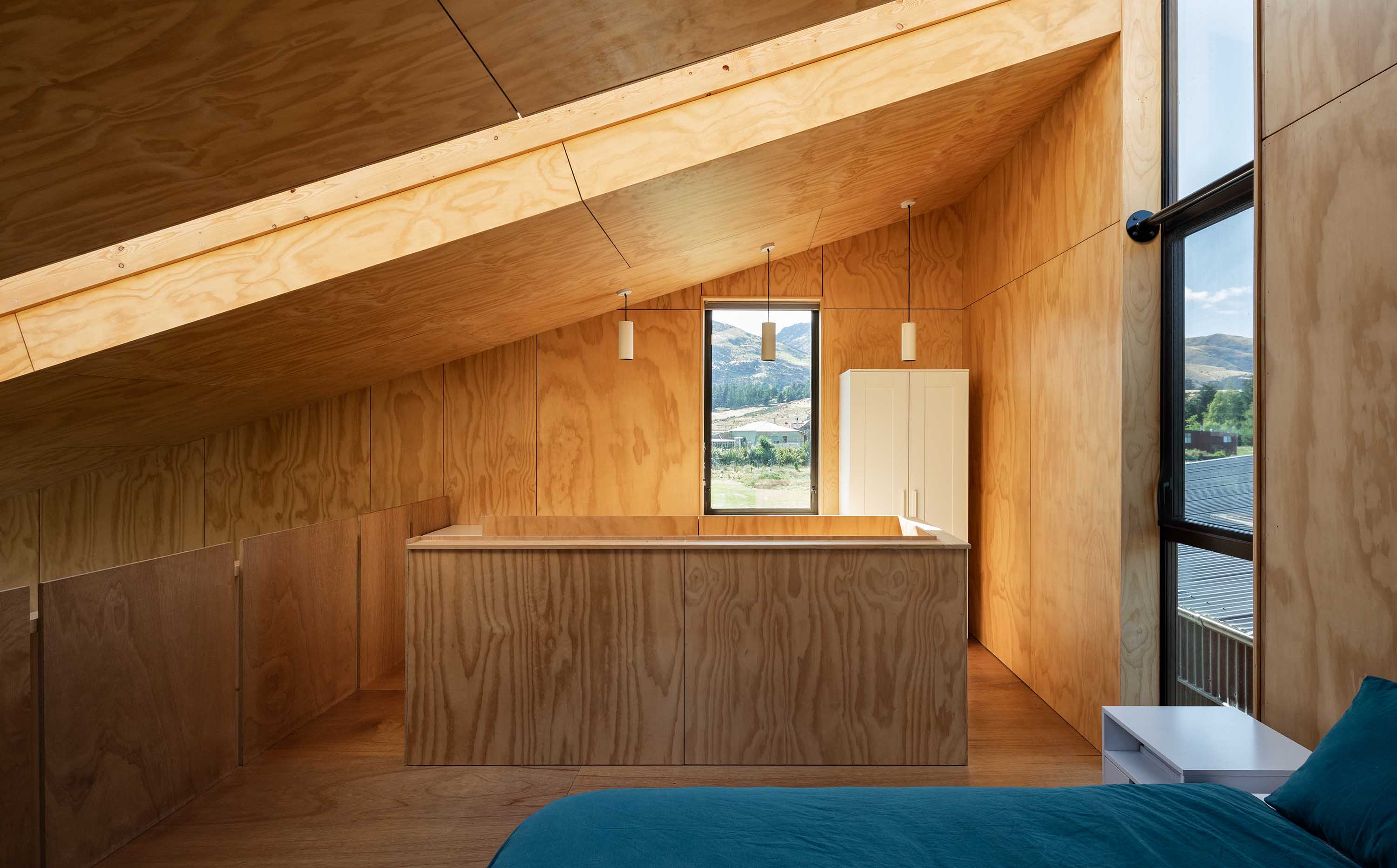 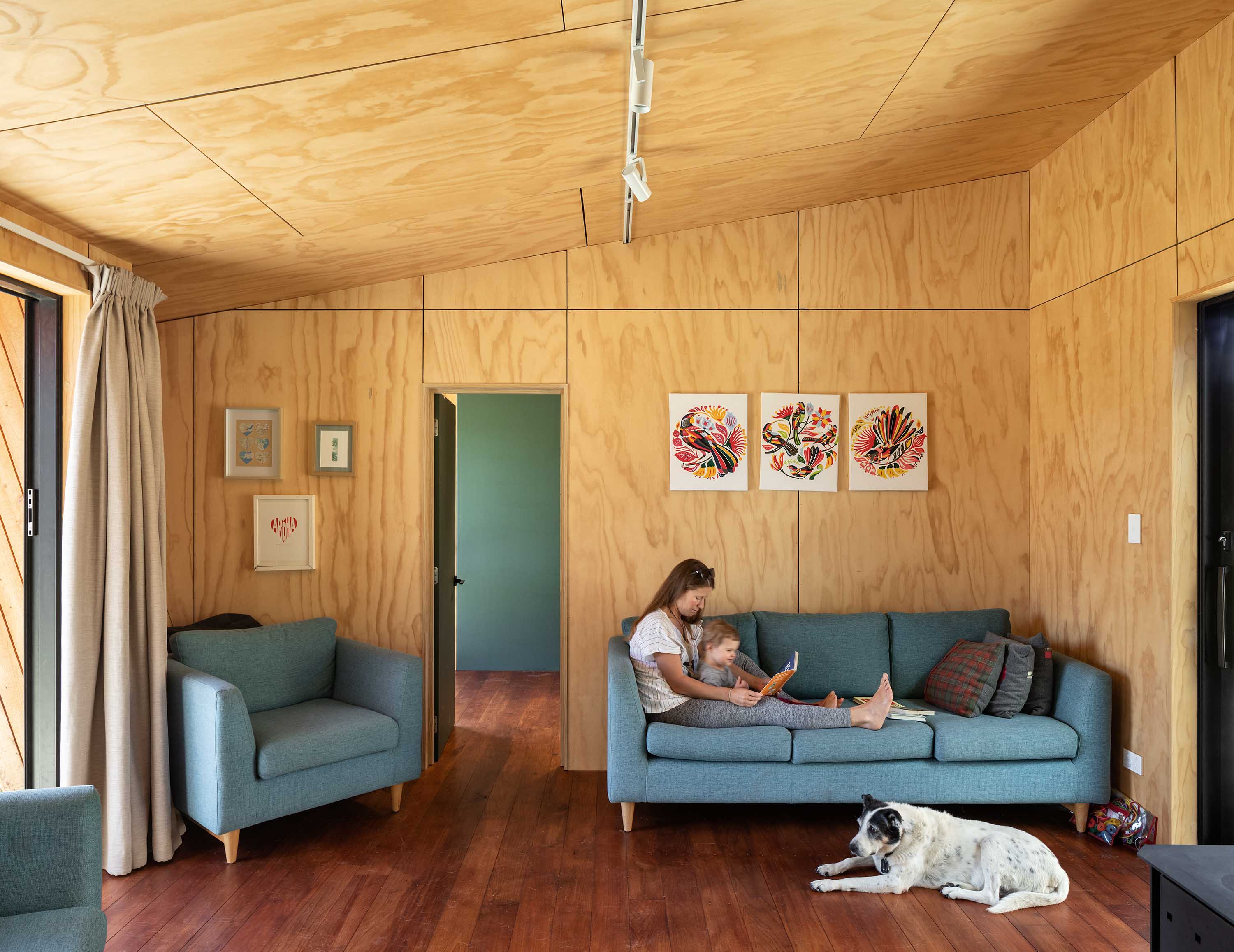 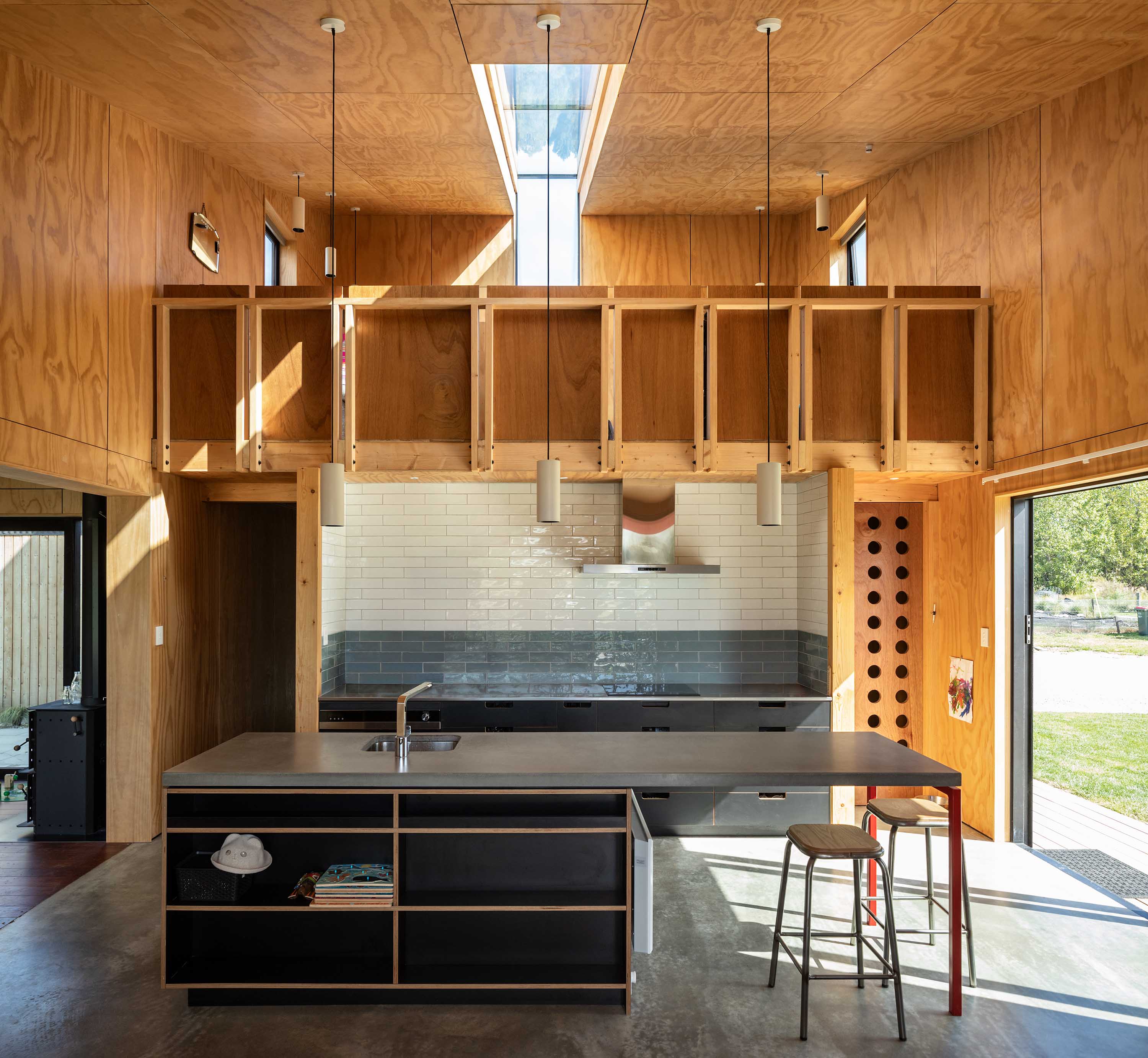 The first stage was what is now the main dining area, a 5.7-metre wide box where the monopitch roof rises from the raked front of the house up and over living areas to nearly two storeys at the back. There's a compact kitchen-living-dining area at ground level with a handy scullery off the kitchen and a lovely cave-like bathroom at the back; upstairs is the mezzanine bedroom. The light is beautiful in this space: there are carefully framed views and not too much glass, which controls light and heat in summer and keeps it warm in winter.

The second stage came after the couple moved into the house, and 10 months after daughter Isabella was born. The small, single-storey extension that currently contains a bedroom for Isabella and a snug living room will eventually be one large room. Stage three – which starts soon – is a third wing about the same size as the original house. It will contain three bedrooms and a bathroom, which will create an H-shaped plan with a sheltered courtyard out the back. This will sit between the garage and other parts of the house – crucial for those windy summer evenings.

It’s not a Passive House (Maclean often designs to the Passive House Standard) – since that would have required a window-glazing upgrade and a ventilation system – but it shares some of its qualities. The interior is lined with negative-detail pine ply – partly because it’s hard wearing, but mainly because it means the house can easily be made airtight. Thick walls have a batten system on both sides of the framing and double-code insulation. The building envelope has been carefully sealed with a rigid air barrier and the plywood lining is glued and nailed into framing.

Result: the house is so warm it barely needs heating in winter. I visited on a morning when the temperature was below zero overnight and the frost crunched under foot at 9.30am, but inside it was toasty-warm, and the family was wandering around in long-sleeved T-shirts. Neither Tim nor Joce could recall when they last turned on the small heater beneath the kitchen bench. “We’ll probably light the fire later,” one of them said vaguely, as the day grew cloudy day and it started to snow.

It has been a journey for the clients and architects. At each stage, they’ve analysed exactly what was needed from their home and stepped themselves fully into the project. “When I first met Tim and Joce they weren’t married,” says Maclean. “They’ve changed and their worldview has changed – they’ve got married, had a kid, and maybe there’ll be another one. Being with them on that journey has been really satisfying.” 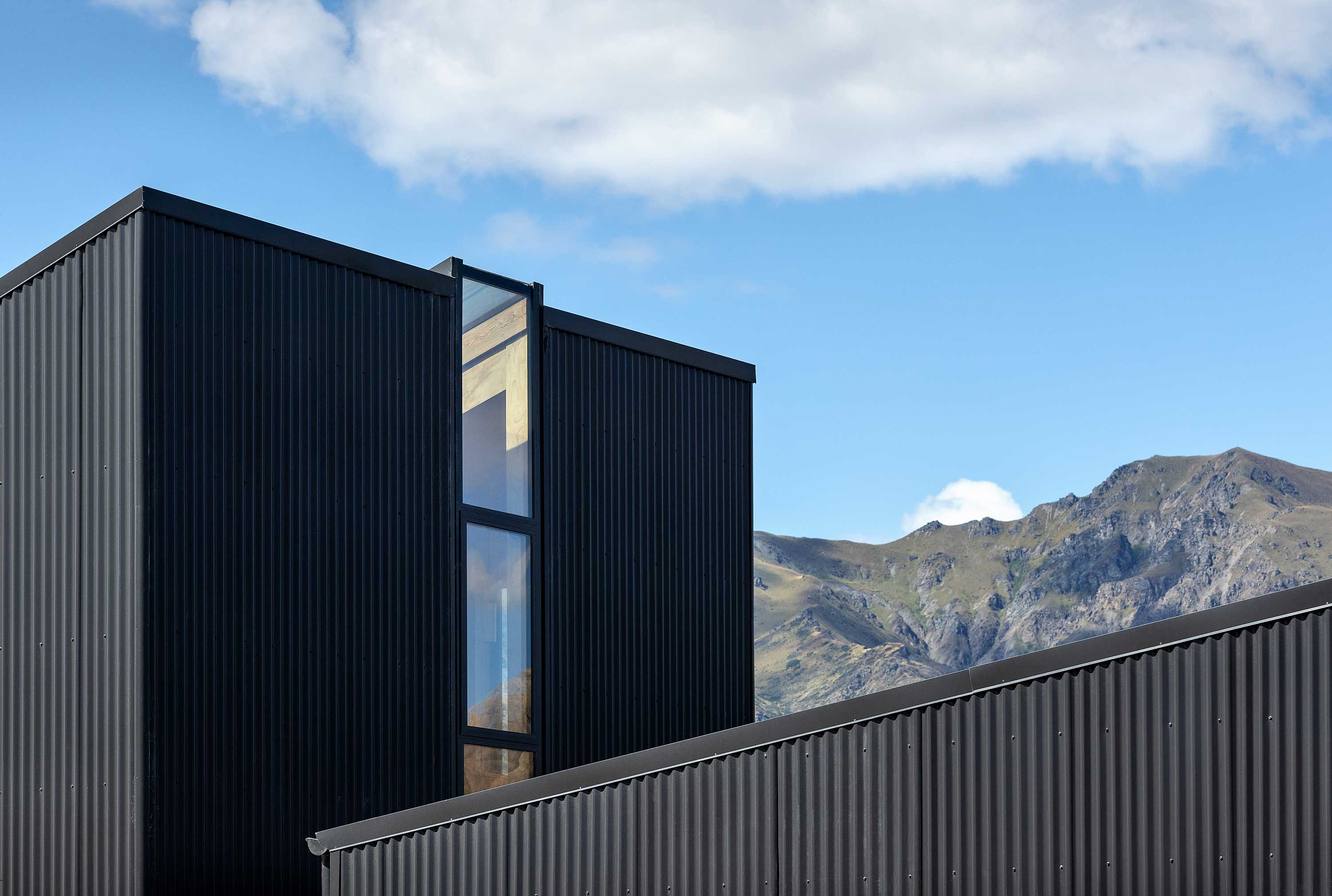 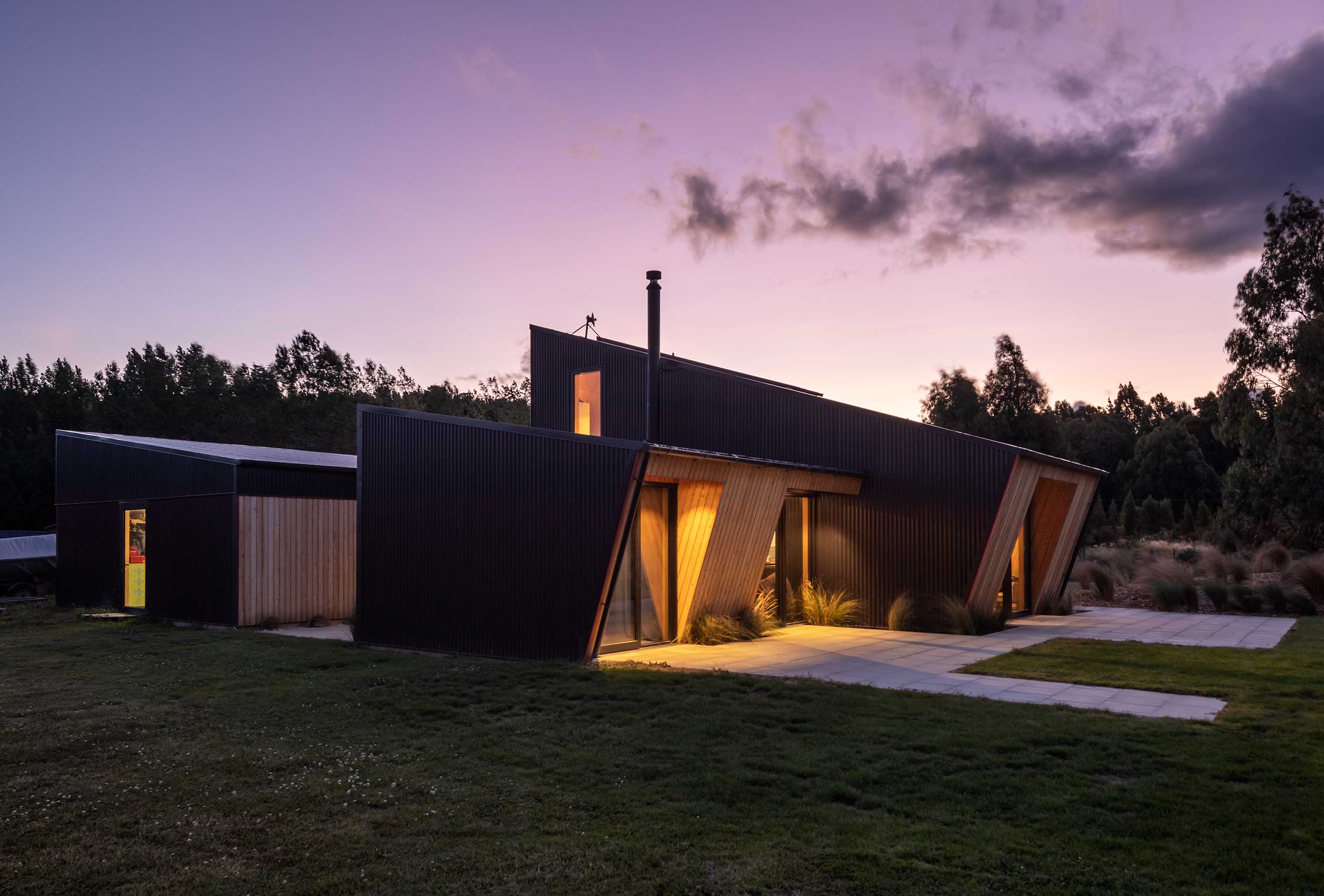 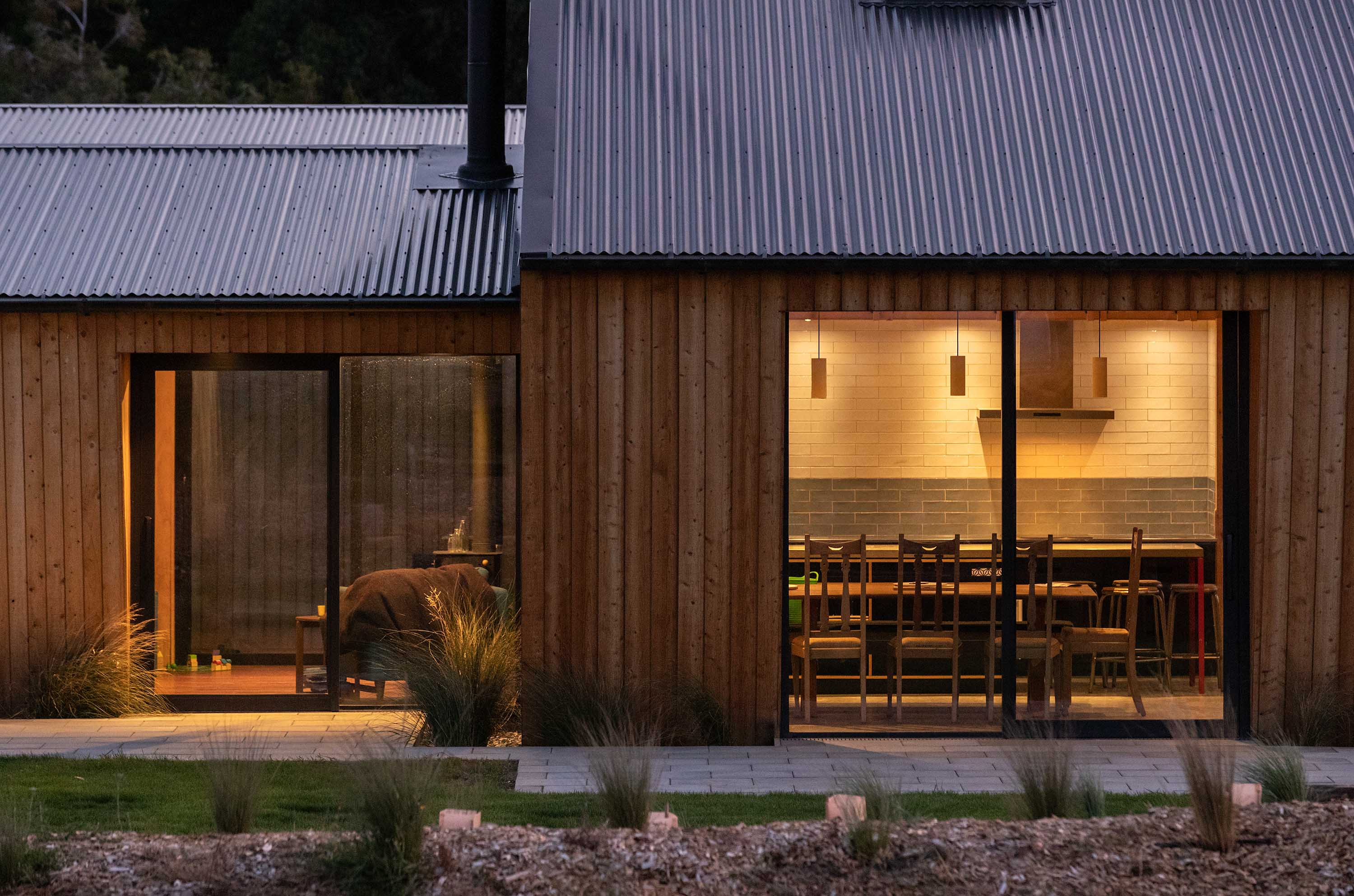 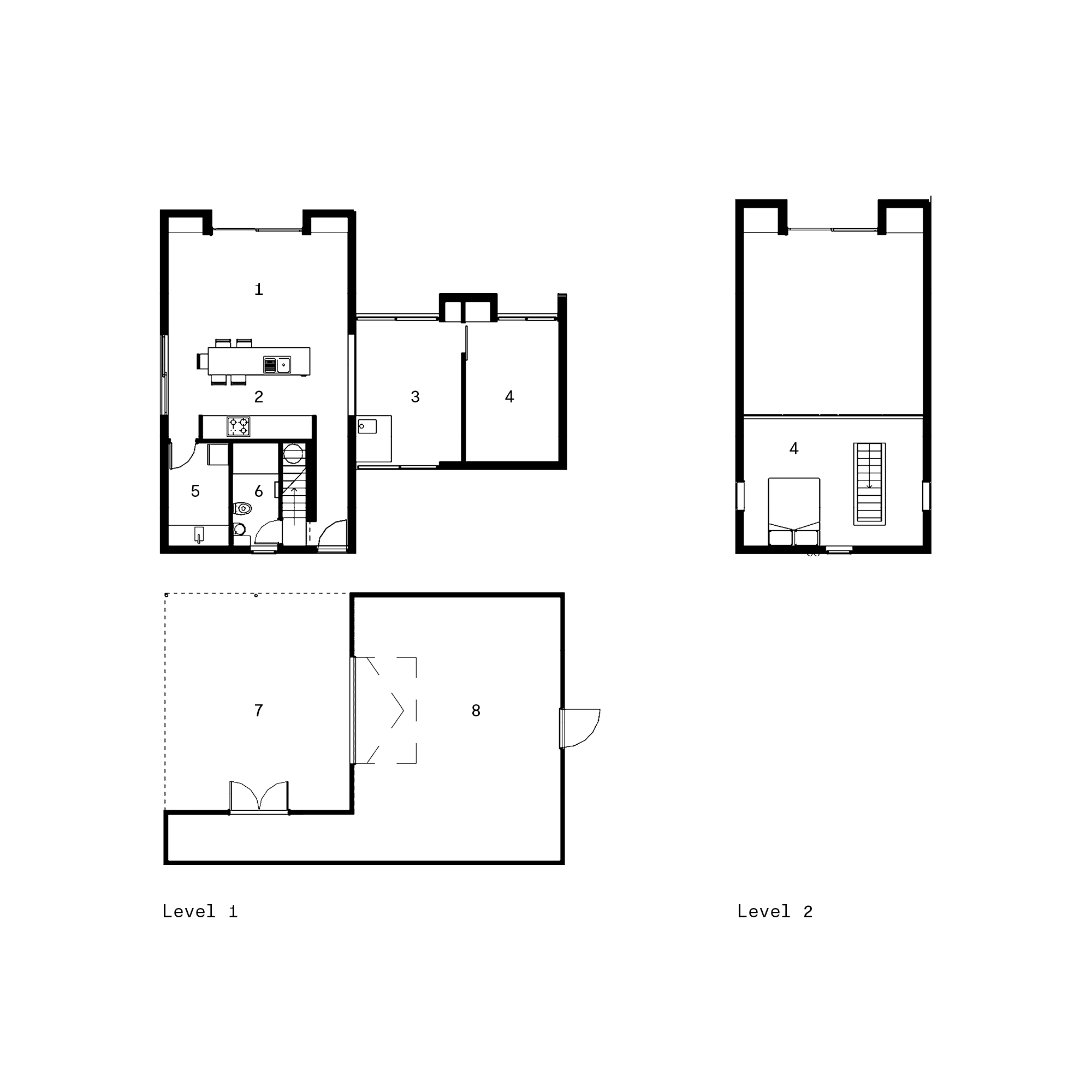 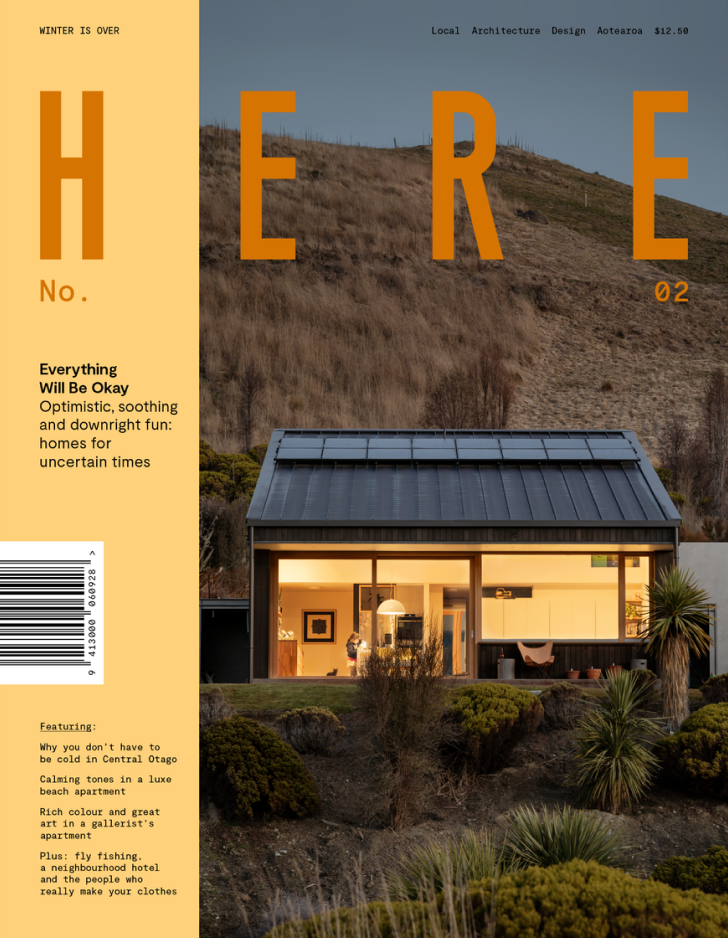