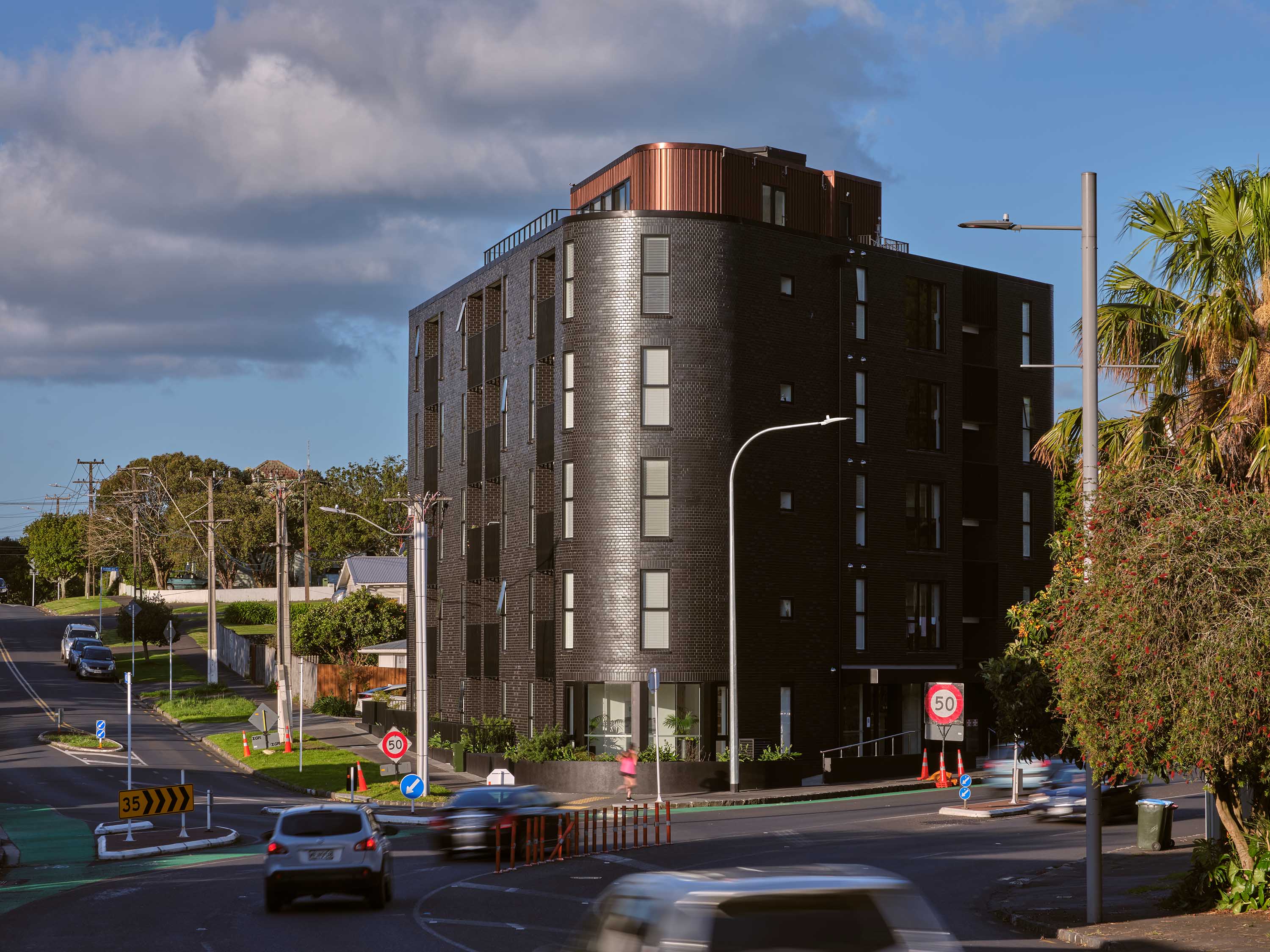 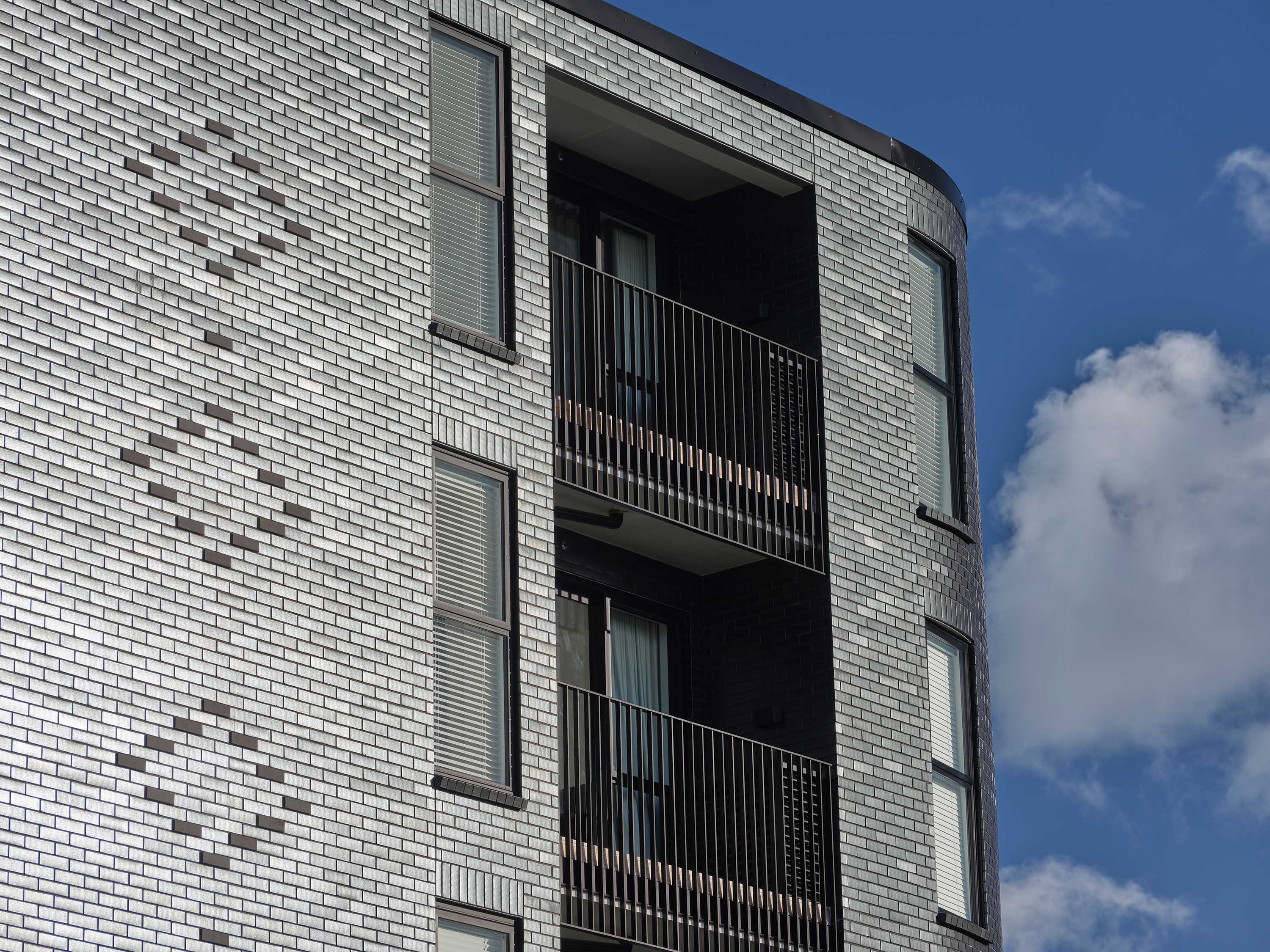 Modal is five floors high and hugs the corner of Asquith Avenue and New North Road in Mt Albert, Tāmaki Makaurau, with a sensuous curve clad in shiny black brick. I see it often, coming home from what my kids call the ‘yellow supermarket’ a little further down the road, and on the way to my wonky Victorian villa another suburb on.

The contrast couldn’t be greater. Until recently, Mt Albert was less known for apartment buildings, and better known for leafy suburban compounds… with some dodgy 90s infill and 60s brick sausage blocks for good measure. Modal is a sign of better things to come, as the city prioritises dense living along transport routes on main roads.

Given that set-up, the building could have been brutal – starkly modern, or less inviting than it is. Instead, that rounded corner is sensitive, contextual even, finding a connection with bungalows and art-deco houses behind it, with a filigree of notes in expressed brick climbing up each side.

On that note: it’s actually a reference to music. “They describe the intervals between each note in a 12-note octave,” says Ockham’s architect Martin King. “Dorian, Phrygian, Lydian and Mixolydian modes are represented on the east elevation, Aeolian and Locrian on the north elevation.” Geddit? The building represents a modal shift for the city.

Musical references aside, the building has some other moves. There are no carparks, but there is a park for a shared electric car scheme and two bike ‘sheds’ at ground floor – one of which was converted from storage when it transpired that many residents are enthusiastic peddlers. There is also a bus every few minutes from the front door.

There are communal rooms at ground floor for art and music, and a shared space on the top floor for social gatherings, when Covid restrictions have lifted.

The clincher? It’s not for sale. Ockham has explicitly developed this building as a permanent rental with apartments available for long-term lease, giving their occupants peace of mind in a rental market dominated by uncertainty. That may be the biggest shift of all. 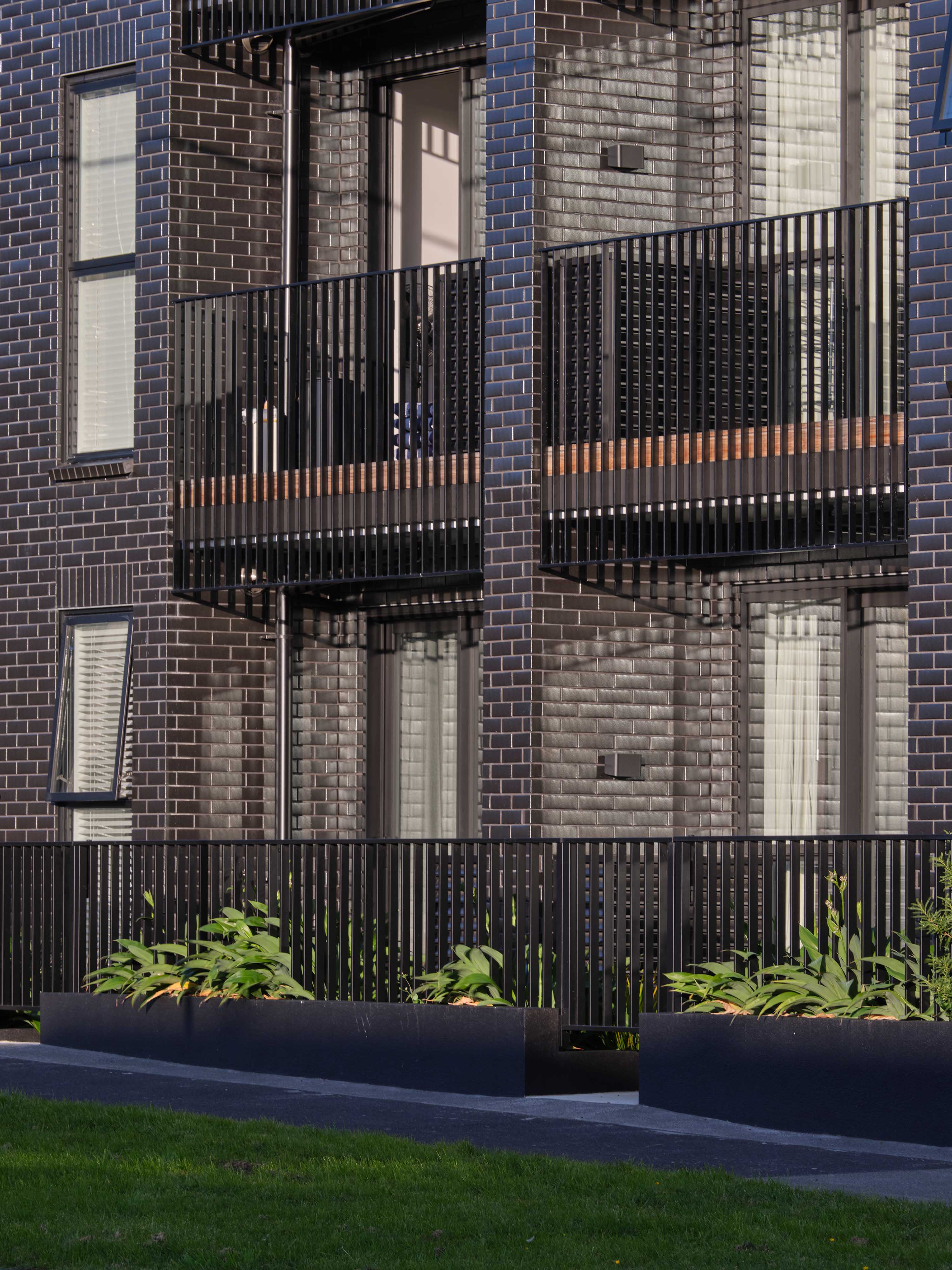