Powersurge applies an elegant and intelligent angle to task lighting. 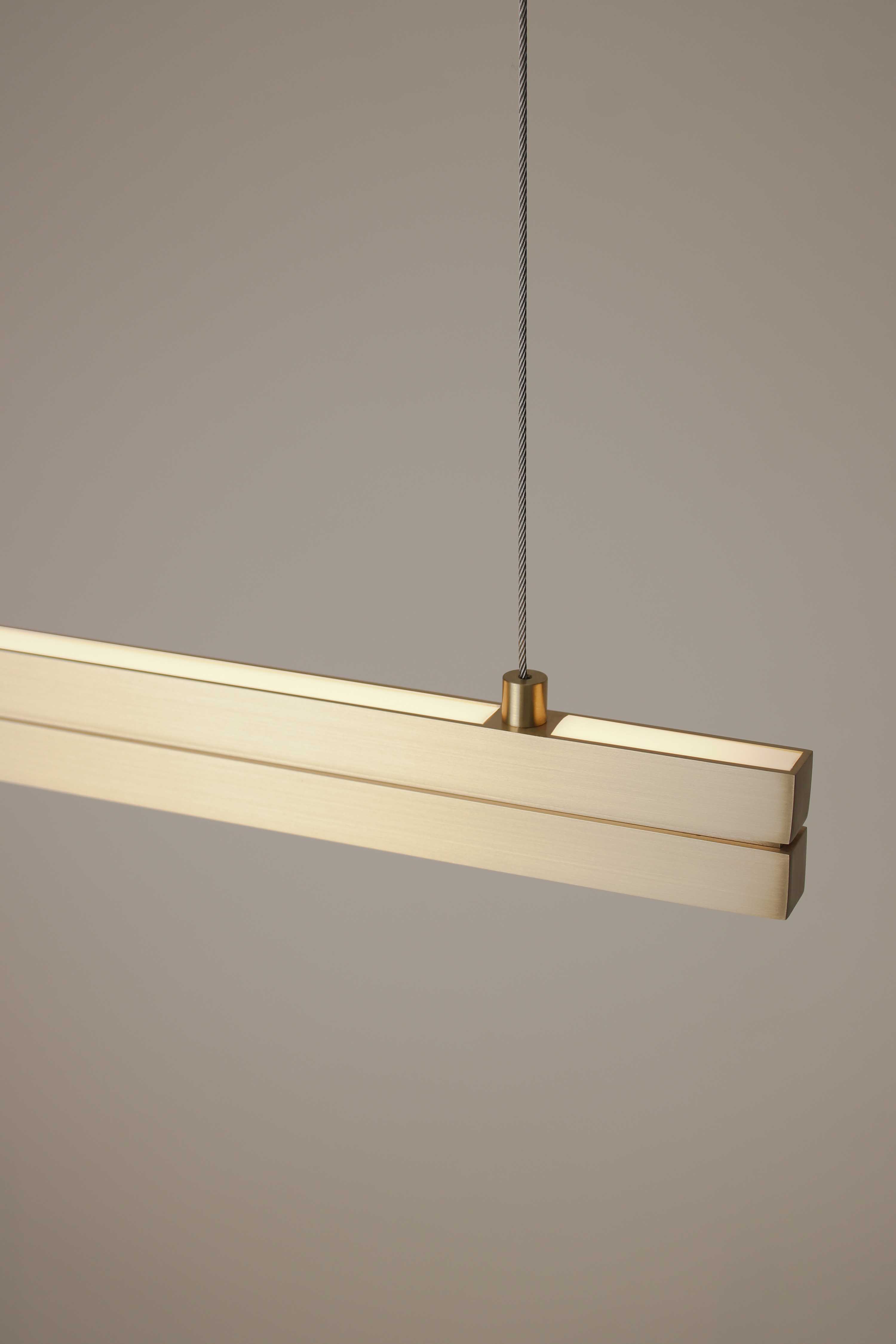 Powersurge applies an elegant and intelligent angle to task lighting.

At some point, task lighting became a byword for recessed downlights, sitting high above or hidden in cabinetry. Spaces became well lit, or possibly overlit, but the light source remained curiously hidden, pools of light floating in space.

We all like a bit of mood lighting, but we also want to see what we’re working on. It’s often difficult to balance the two and you find yourself either sitting in a starkly lit room, or blindly hacking away at the steak.

The Lateral light series from Powersurge neatly solves the conundrum in one elegant, minimal package, designed to be suspended over working surfaces. There are three options in the range – the Lateral, Lateral Blade and Lateral Dual.

All three come in six standard sizes, although they’re customisable on request. The lights are all hand made in Aotearoa from solid brass, which is available in a choice of brushed or antiqued brass.

Looks aside, the Lateral’s long, slim LED light fitting drops an even, precise pool of light directly onto the workspace, such as a kitchen island, without flooding the entire room. Think moody restaurant, rather than house lights when the show ends.

The Lateral Blade and Lateral Dual take things a little further. There’s the option to switch between warm and cool LED – but both have additional blades of light as standard. The Lateral has one on top, and the Dual sends light upwards, allowing a different level of bespoke illumination.