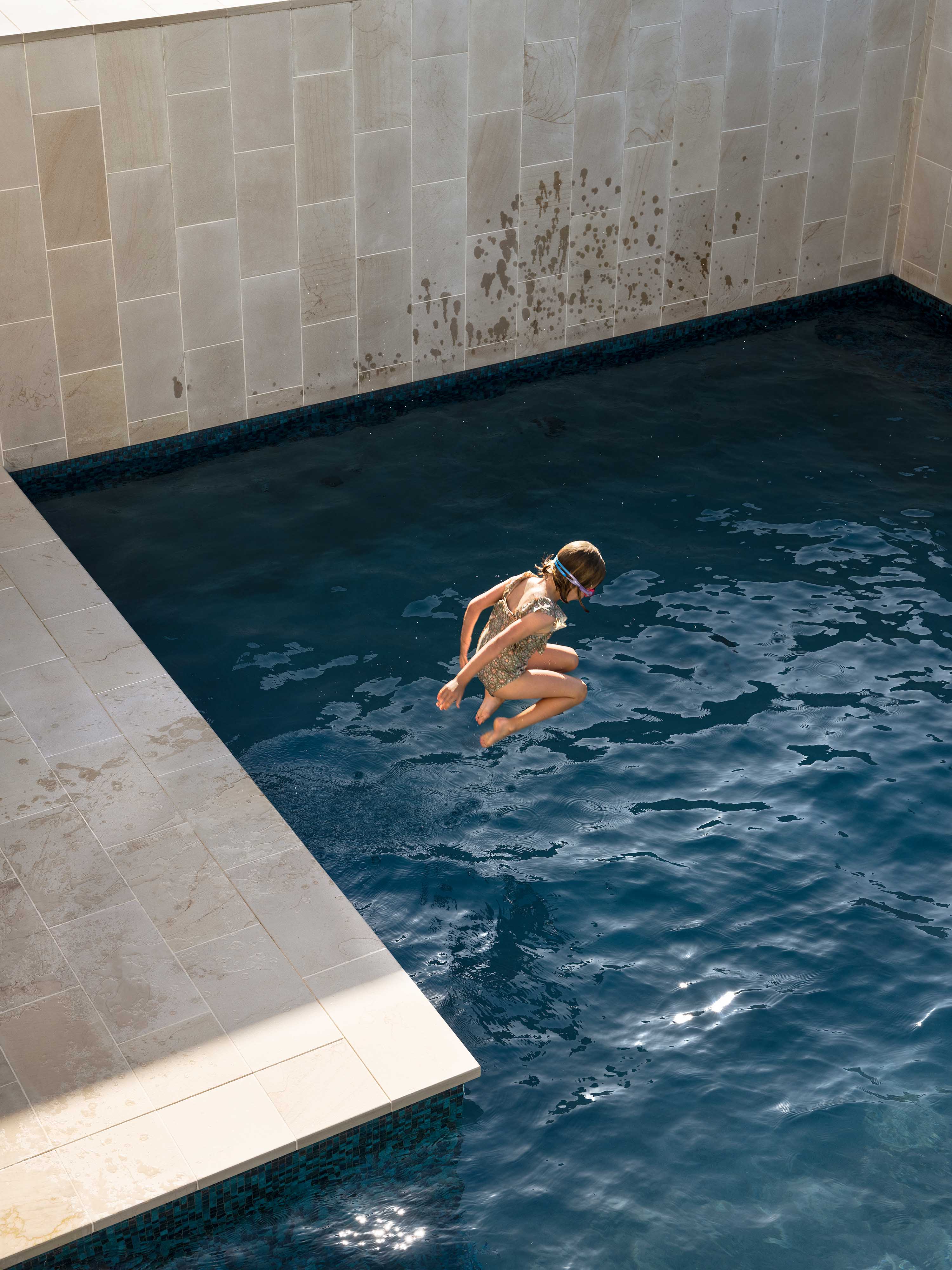 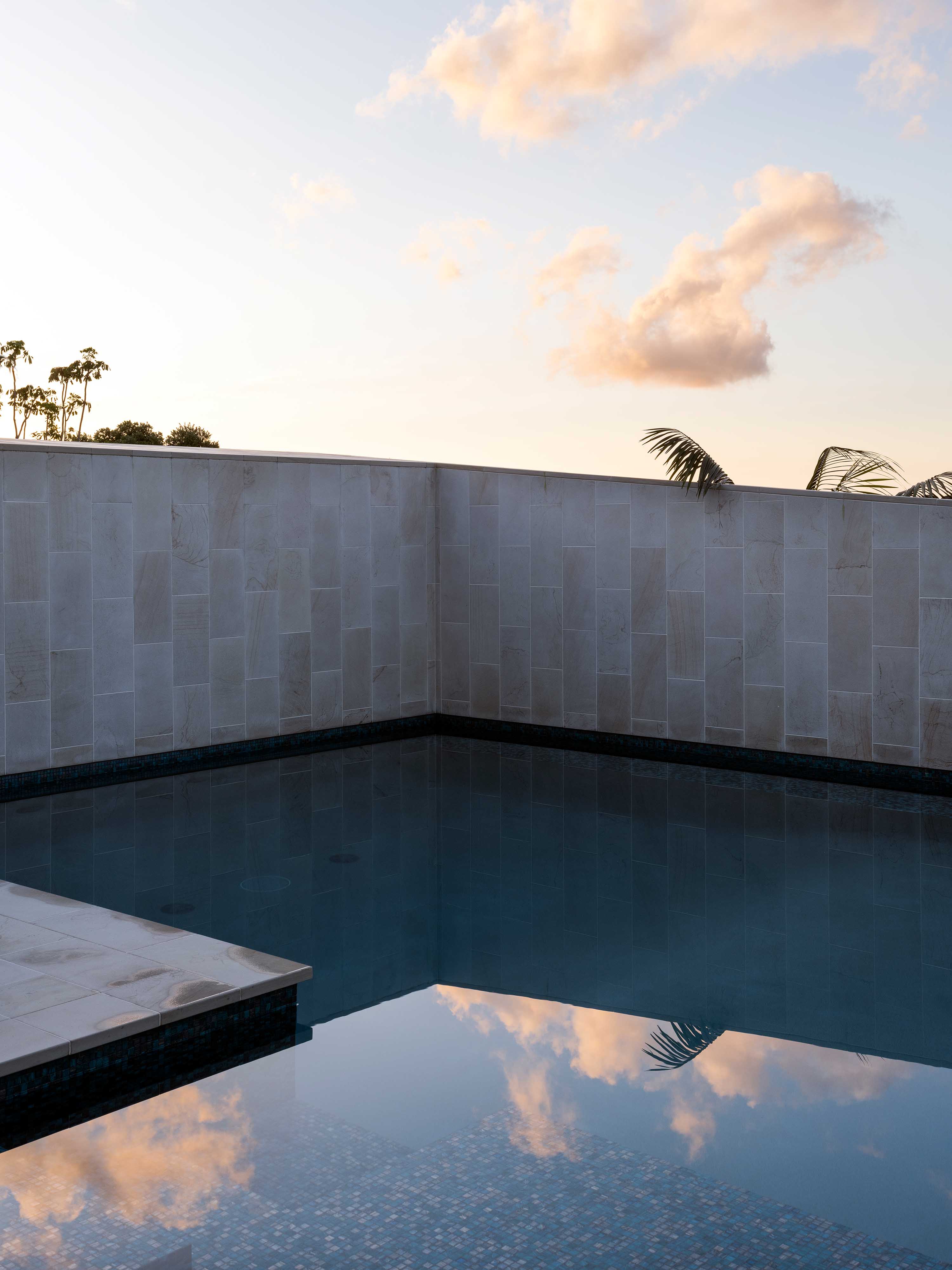 “It’s quite suburban, with lots of neighbours,” says architect Mike Hartley of his clients’ site in Remuera, Tāmaki Makarau. There’s a big view to the north, with the land falling away, and a driveway to the west leading to a group of seven townhouses below. “So the question was, how do we do a pool that isn’t an intrusion?”

This particular project has been several years in the making: Hartley jokes it’s the longest-running job in the office. The clients approached Lloyd Hartley Architects back in 2016, seeking to renovate their much-altered transitional villa. Hartley designed a scheme; when it was priced they thought maybe they’d build new.

When that got priced they came back with a much simpler option: can we just tidy the house and build a pool while we work out what to do? “So we designed a swimming pool that became an anchor for whatever else happens on the site,” says Hartley.

Hartley placed the swimming pool on the northwest corner, then wrapped it on two sides with tall walls, clad in limestone tiles. “The idea was that you might be looking down into a limestone quarry that got filled up,” he says. The walls deflect sound away from the neighbours and back to the house. “You don’t lose all the energy into the neighbour – you kind of contain it. And you create a bit of privacy around it as well.”

Along the way, the clients added a garage and new entry too, which shares its language of limestone cladding with the pool and bookends the site, before Hartley’s attentions turned to the space between house and pool. There are views and sun to the north, but the house sat above the lawn, with awkward access downstairs and a small, hot deck. 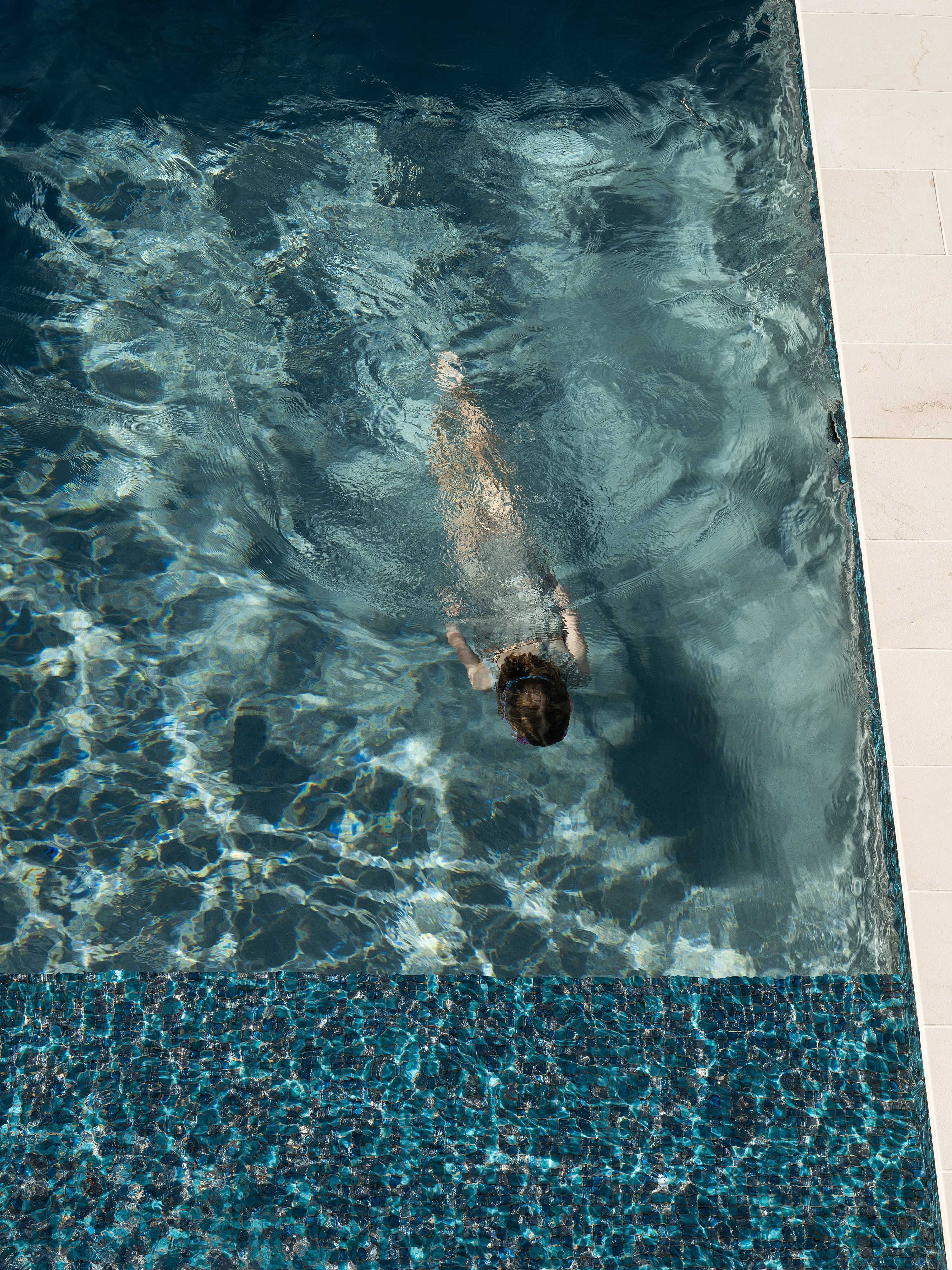 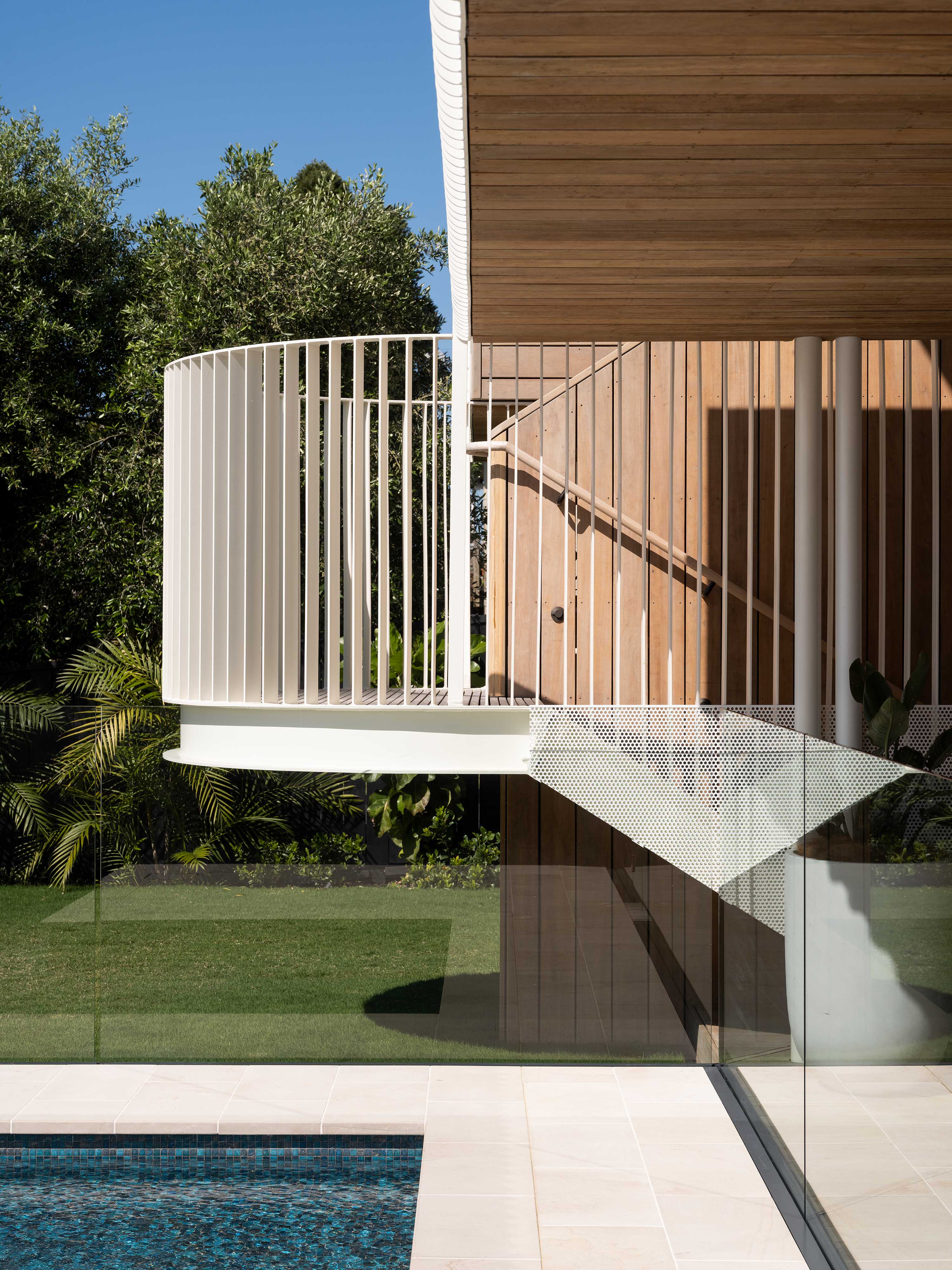 Replacing that, he strung a long, covered deck with a Louvretec opening roof and sliding glass screens: it’s almost climate controlled, and useable in all weather. There’s a long table on one side and a living area on the other. In winter, low sun stretches right through the space and into the house; in summer, it’s cool and sheltered, and almost becomes the family’s living room. “The quintessential Auckland condition is it’s either raining or you’ve got too much sun,” he says. “So we put this element on the front, and a nice stair that you can dance up and down to the pool.” As he notes, the “key migration” in New Zealand is between kitchen and the outdoors. “How do we feed them, and how do we use up that energy?”

The details are key here – rounded powder-coated steel frames, elegantly thin edges. The poles supporting the opening roof are pulled back from the corners, reducing their bulk. Timber details are soft and rounded, and the risers on the steps are formed from chunky rectangular battens turned on the edge. It’s strong and hefty, but feels soft – human.

On a recent hot day, the first real day of summer, Hartley met the owners there while photographer David Straight took pictures. He arrived, a little hot and bothered. The kids played in the pool, and the adults had a beer. “We walked out onto the lanai and the temperature and the breeze was just lovely,” he says. “It was really nice to occupy a space that works really well in that way.” 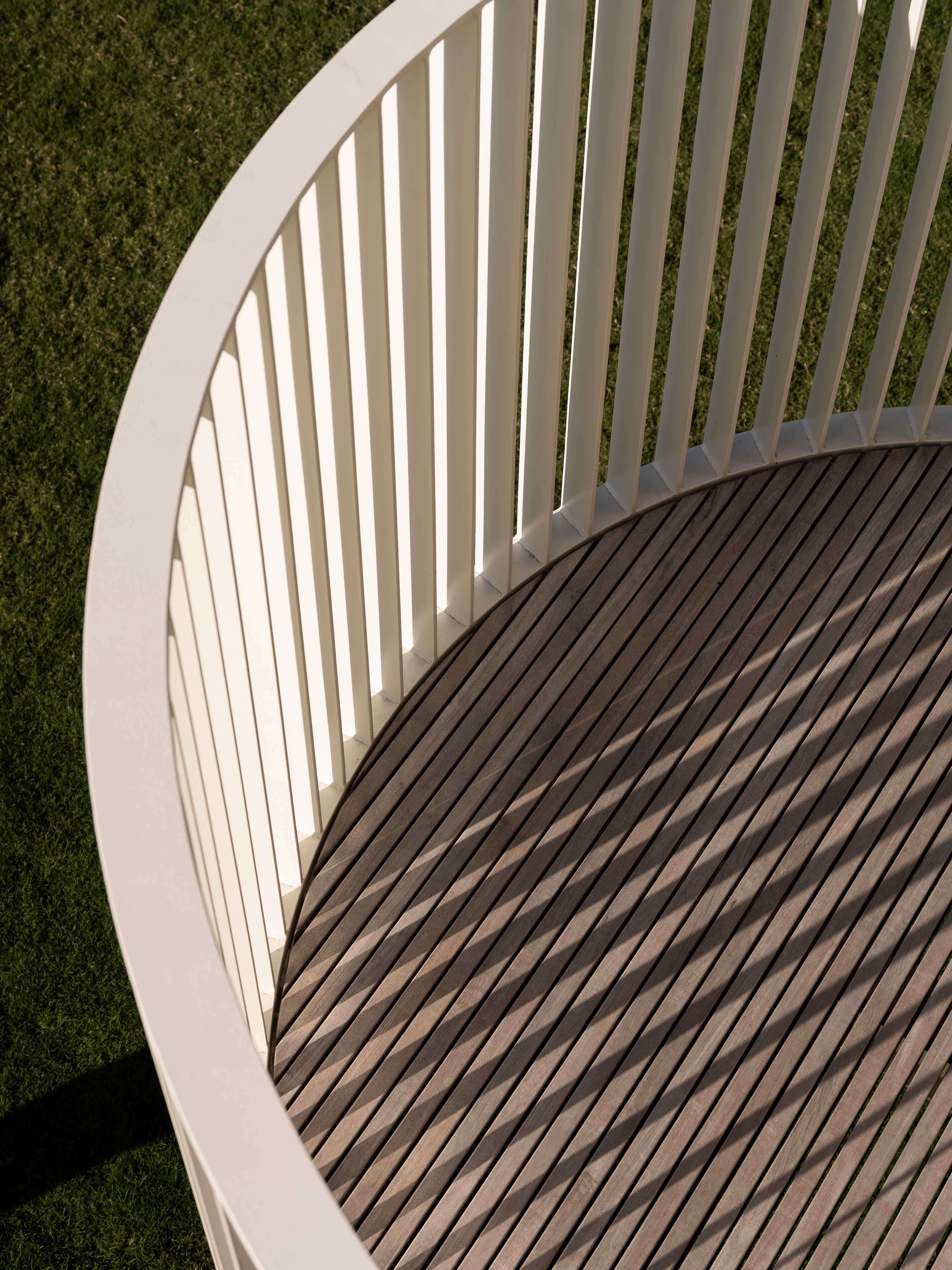 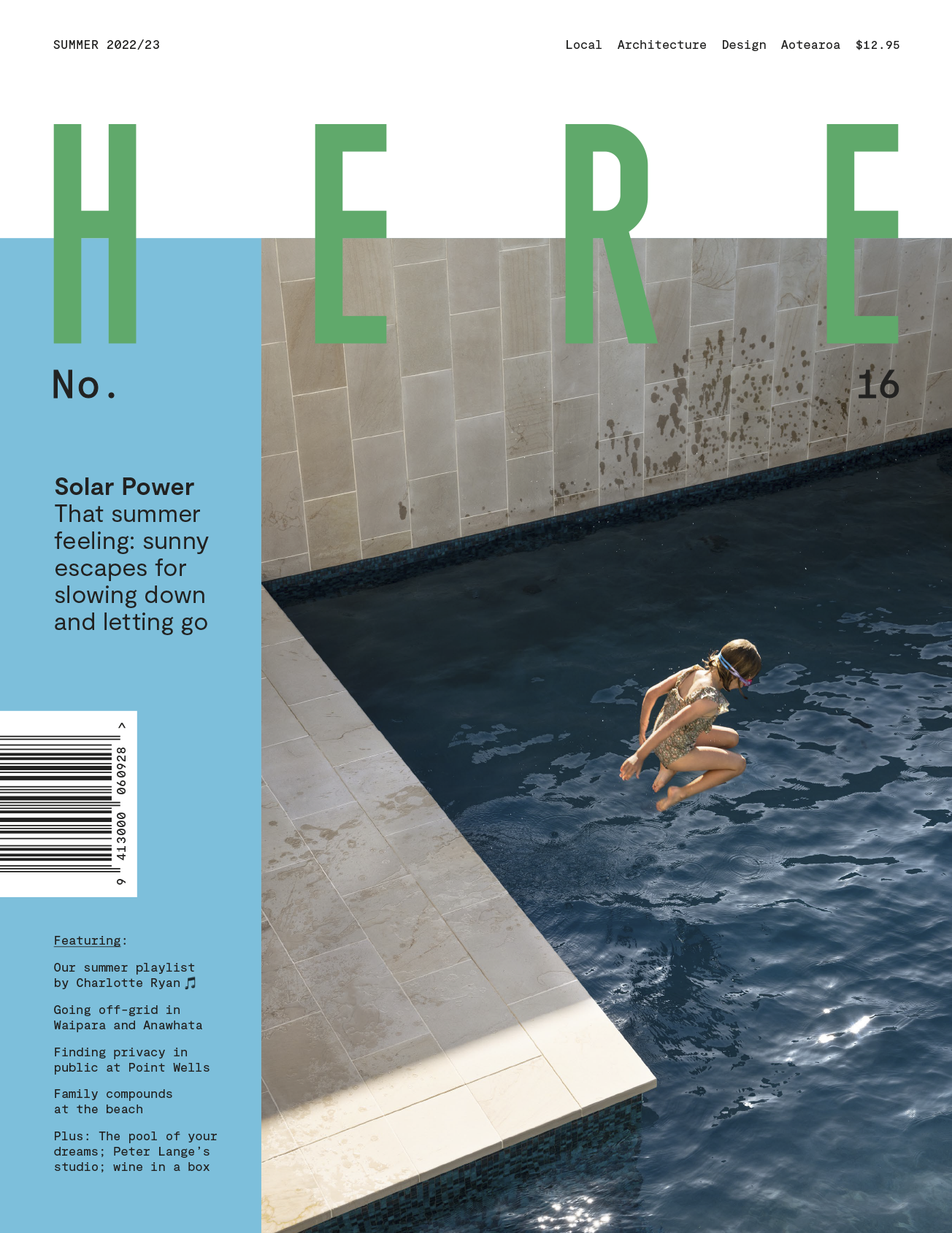 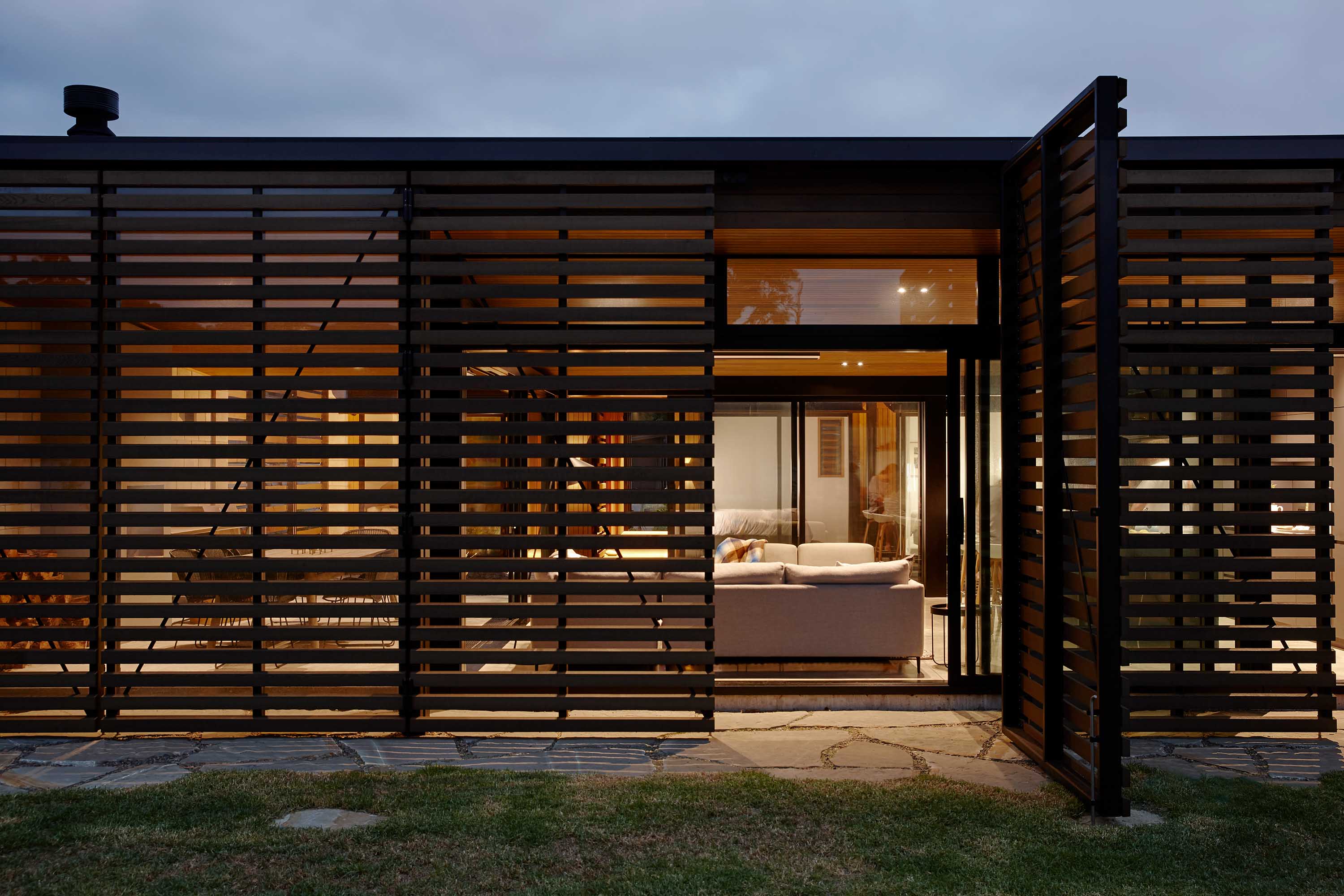