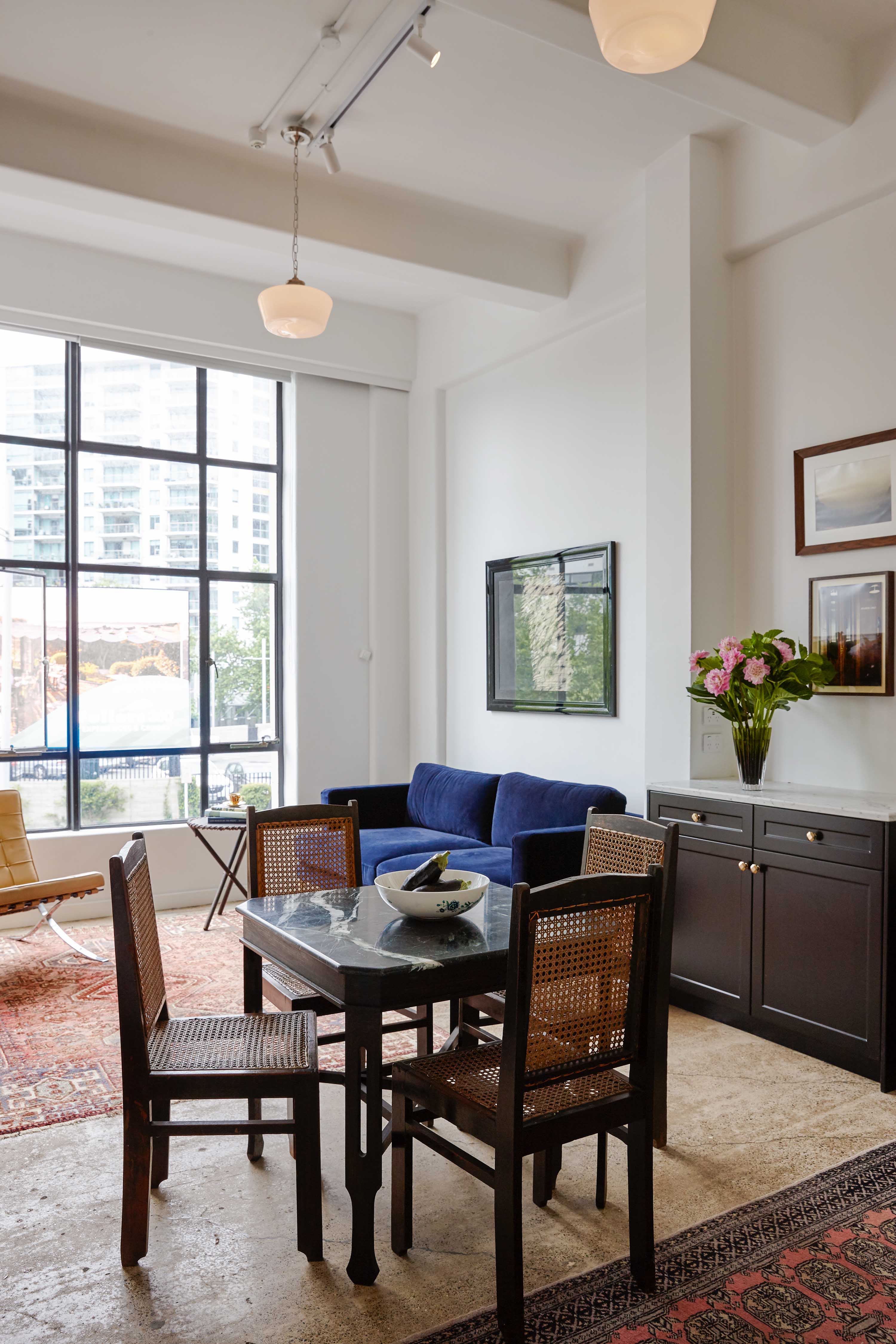 A set of 1920s arts and craft chairs surround a custom-built green marble and timber table. On the walls are works by British artists Jane and Louise Wilson and Bruce Robinson.

A set of 1920s arts and craft chairs surround a custom-built green marble and timber table. On the walls are works by British artists Jane and Louise Wilson and Bruce Robinson. 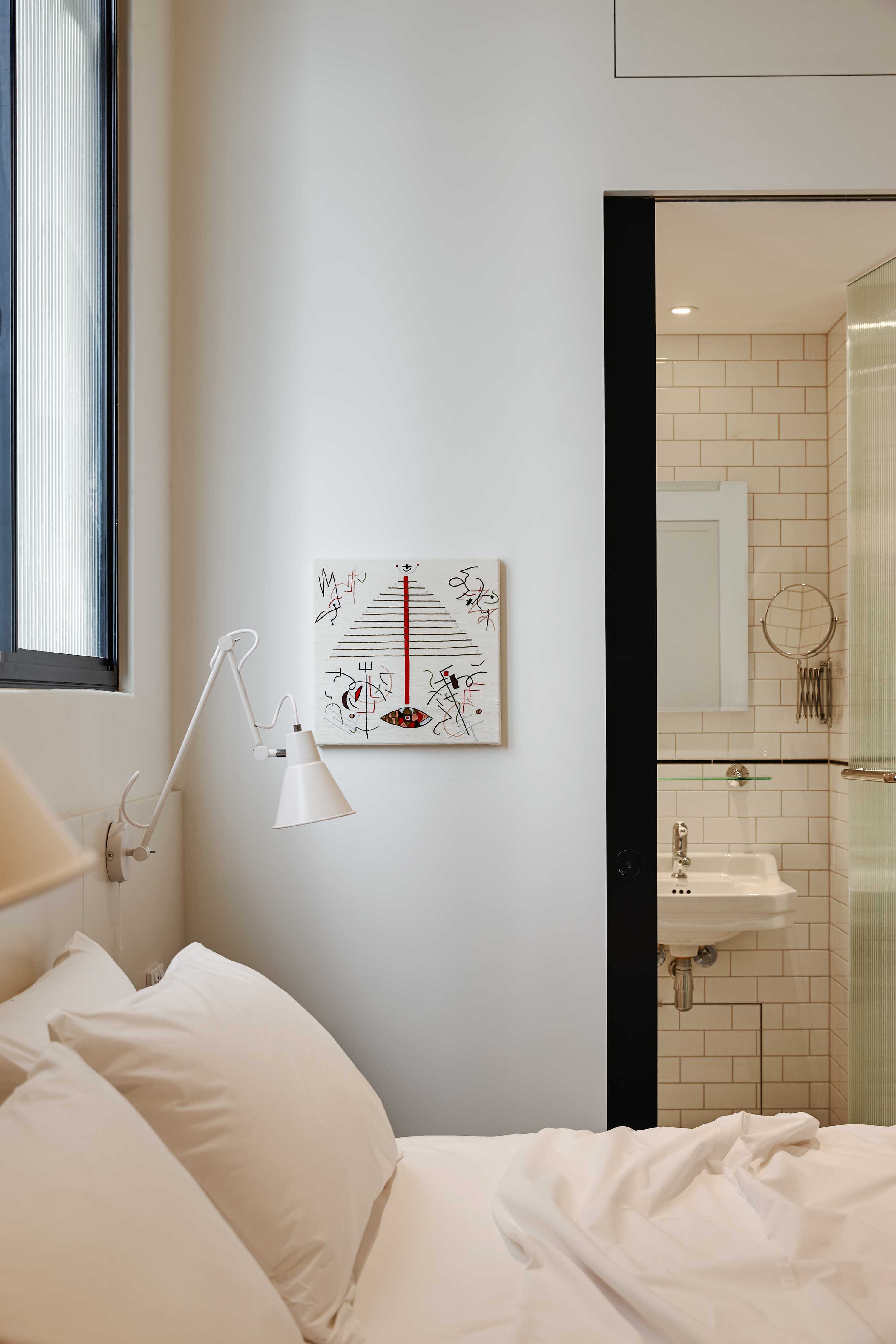 A work by Areez Katki in the bedroom.

It was one of those apartments that no one wanted: on the first floor of a former warehouse on a busy corner in Britomart, downtown Tāmaki Makaurau, and with an odd layout that included no proper bedroom and a huge separate kitchen.

But Jonathan Rutherfurd Best and Andrew Glenn could see the appeal: they already own an apartment on a higher floor, and love the building’s high stud and huge steel-framed windows, which flood the interior with light. So a year ago, they bought it – intending to do it up and offer it as a short-term rental.

The building started life as a warehouse for Fisher & Paykel; in the 1990s it was converted to rental apartments which were later sold off. So while the spaces are grand, the fitouts are often prosaic, lacking any connection with the original building.

Undaunted by the strange layout, the couple stripped out the space and worked with architect Lisa Webb to devise a clever, hard-working plan: in essence, they built a tall wall of cabinetry that split the apartment into a bedroom and an open-plan living area. Now, you walk into a compact hallway and a generous bedroom, then further on into a lofty open living space with huge windows facing north. The distinctly urban view takes in a large digital billboard.

Key to the rework was creating a full-height sliding door between the living area and the bedroom, which makes the hallway become part of the sleeping space, and screens the noise of the city (that’s helped by hush glass, as well as two layers of double-glazed windows in the bedroom). “I don’t think people realised you could create a bedroom, and it’s a perfectly good size,” says Rutherfurd Best.

Fittings are sleek, but sensitive to the architecture – there’s a touch of marble and subtle detail, hexagonal tiles in the bathroom and chrome fittings. “We like to be authentic to the building,” says Rutherfurd Best. “It was built in 1926 and just needs a bit of detail.”

It’s lovely; made all the more so by the couple’s distinctive collections. A highly personal mix of antiques, books and framed artworks, much of it has been in storage since they returned to Aotearoa from London a decade or so ago. On the walls, works by Roberta Thornley and Areez Katki rub shoulders with Robert Rosen, Tracey Emin and Mat Collishaw. “Part of the reason for buying it,” jokes Rutherfurd Best, “was to get everything out of storage. And it all just fit beautifully.”

A work by Areez Katki in the bedroom. 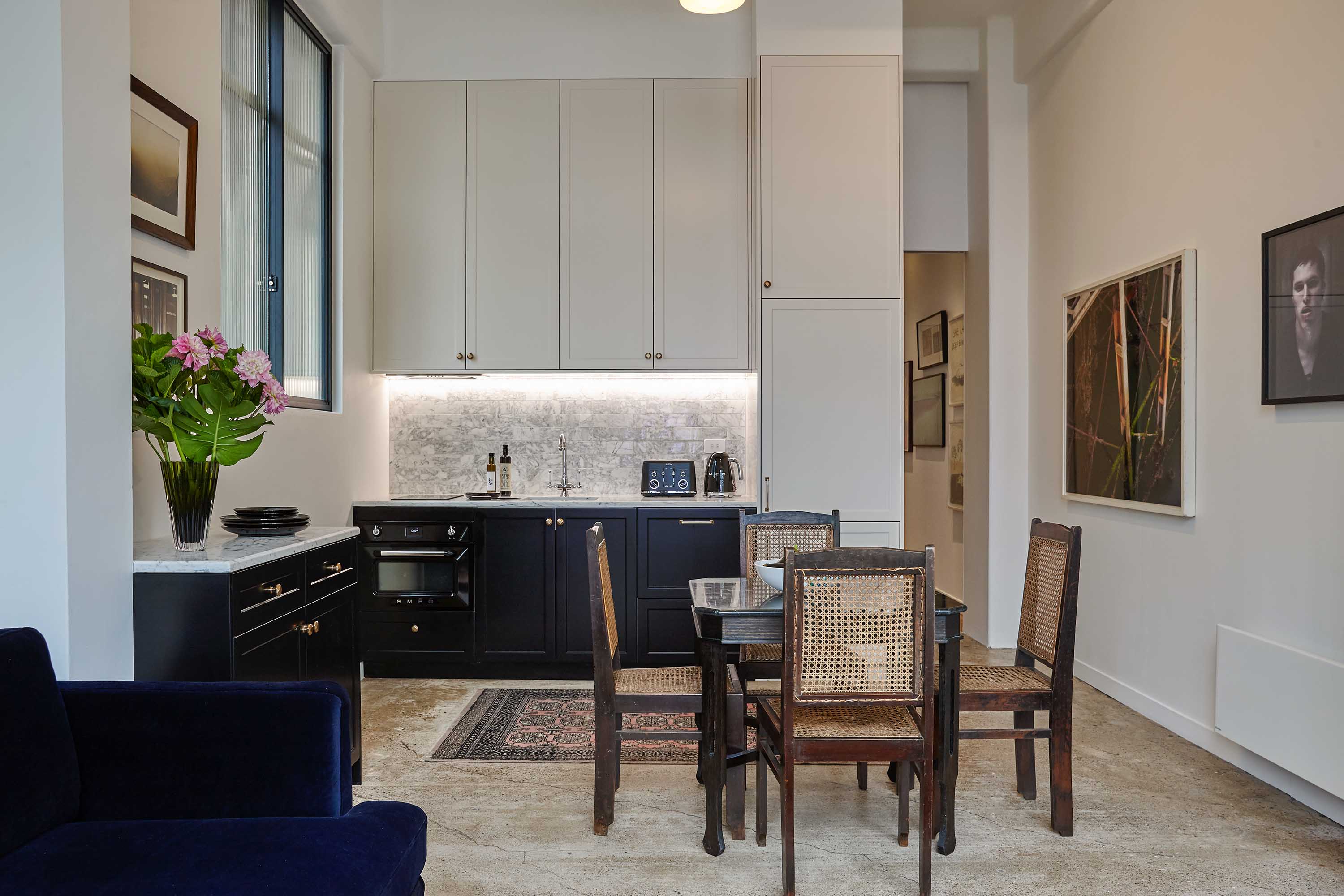 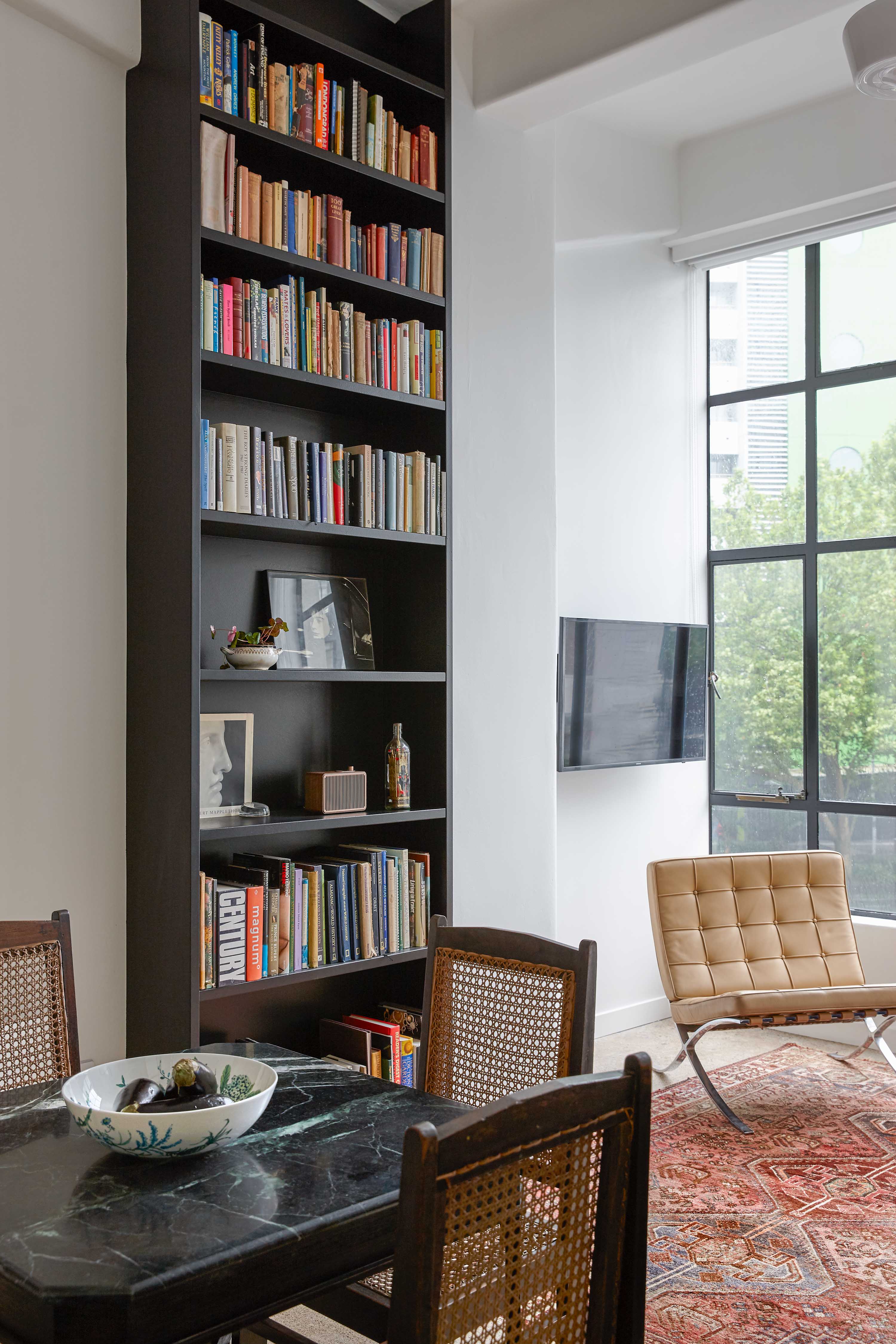