Fire in the Belly

With her Myriad Stove, Amy Pearce endeavours to counter a silent epidemic. 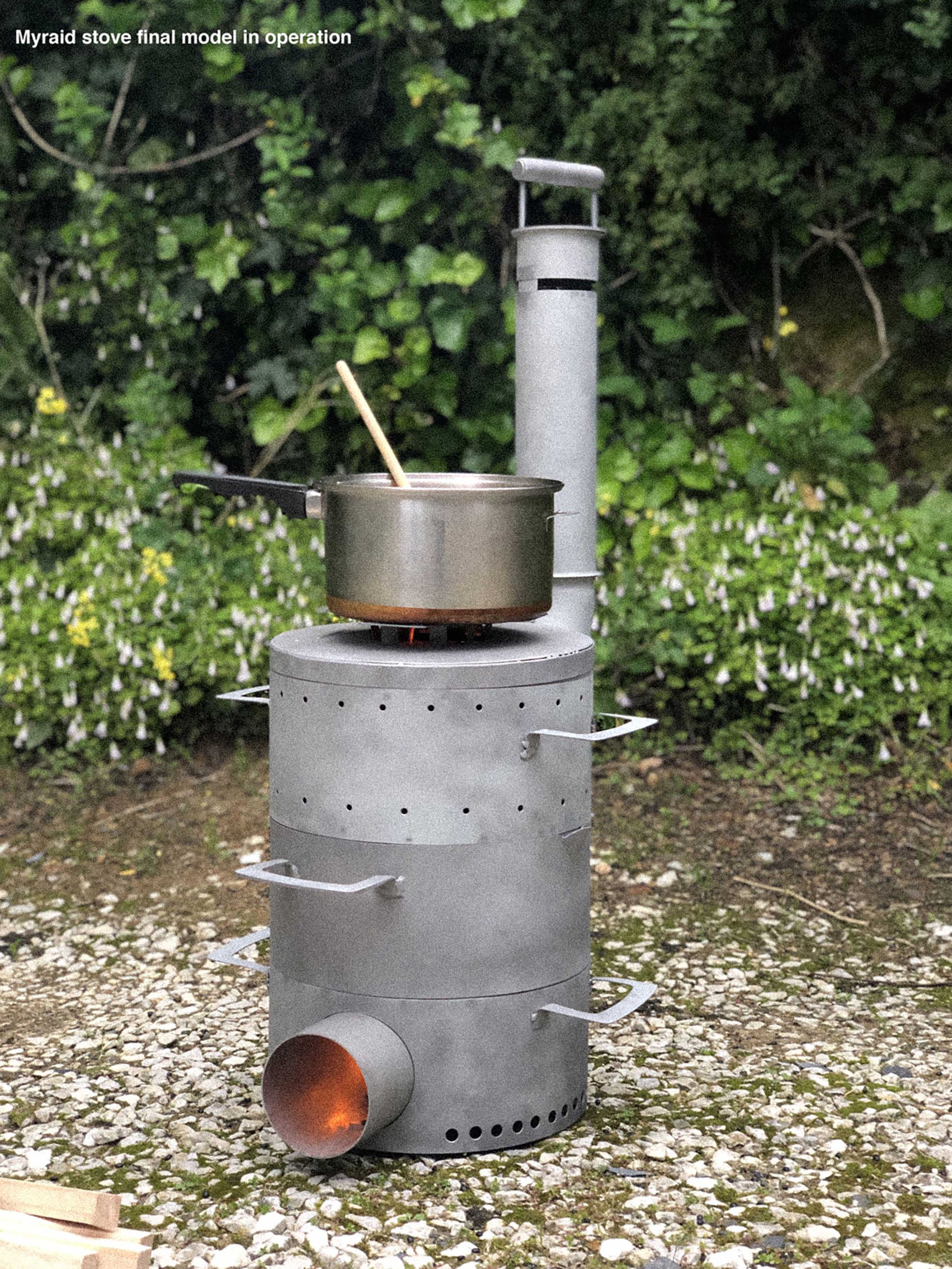 Fire in the Belly

With her Myriad Stove, Amy Pearce endeavours to counter a silent epidemic.

“I wanted to work on something that responded to the environment it was in,” says Amy Pearce of the Myriad Stove, which she created in her honours year at Massey University’s design school in Te Whanganui-a-Tara Wellington.

Designed as a low-cost solution for cooking in developing countries, specifically Papua New Guinea, the stove is a clever solution to a silent epidemic – the health issues linked to cooking over open fires lead to millions of deaths each year from asthma, pneumonia and lung disease.

Pearce’s stove recently won a gold pin in the student category at the Best Awards 2021 for its novel, modular design incorporating several chambers that click together around a central chimney which takes away harmful particles. The fire also burns at optimal efficiency, reducing the amount of fuel needed to use it. “I thought it would be beneficial to purify and boil water, but also to cook with it,” says Pearce. “If you’re creating a fire and only putting a pot on top, you’re using a lot of fuel.”

As part of her research, she interviewed villagers in Papua New Guinea. They liked the smoky flavour that came from cooking over fire, and they liked to move their cooking around – sometimes outside under shelter, sometimes to the beach. In Pearce’s burner, one fire does multiple jobs in a lightweight steel cannister. The fire is lit in the bottom chamber and lasts for about 40 minutes. Above that there’s a chamber for purifying water and then an oven. On top is a stand for a pot or skillet. You light the fire, cook your food and, after you’ve eaten, take out the water. “In effect, you’re boiling water for the next meal.”

The concept seems simple, but took 12 weeks of prototyping to perfect, managing the intricacies of optimum airflow and heat transfer. While theoretical for now, if it were to enter the real world, Pearce muses it might need to be flat-packed, shipped and then welded together. “But I know from research that they have the equipment,” she says. “It’s achievable.”