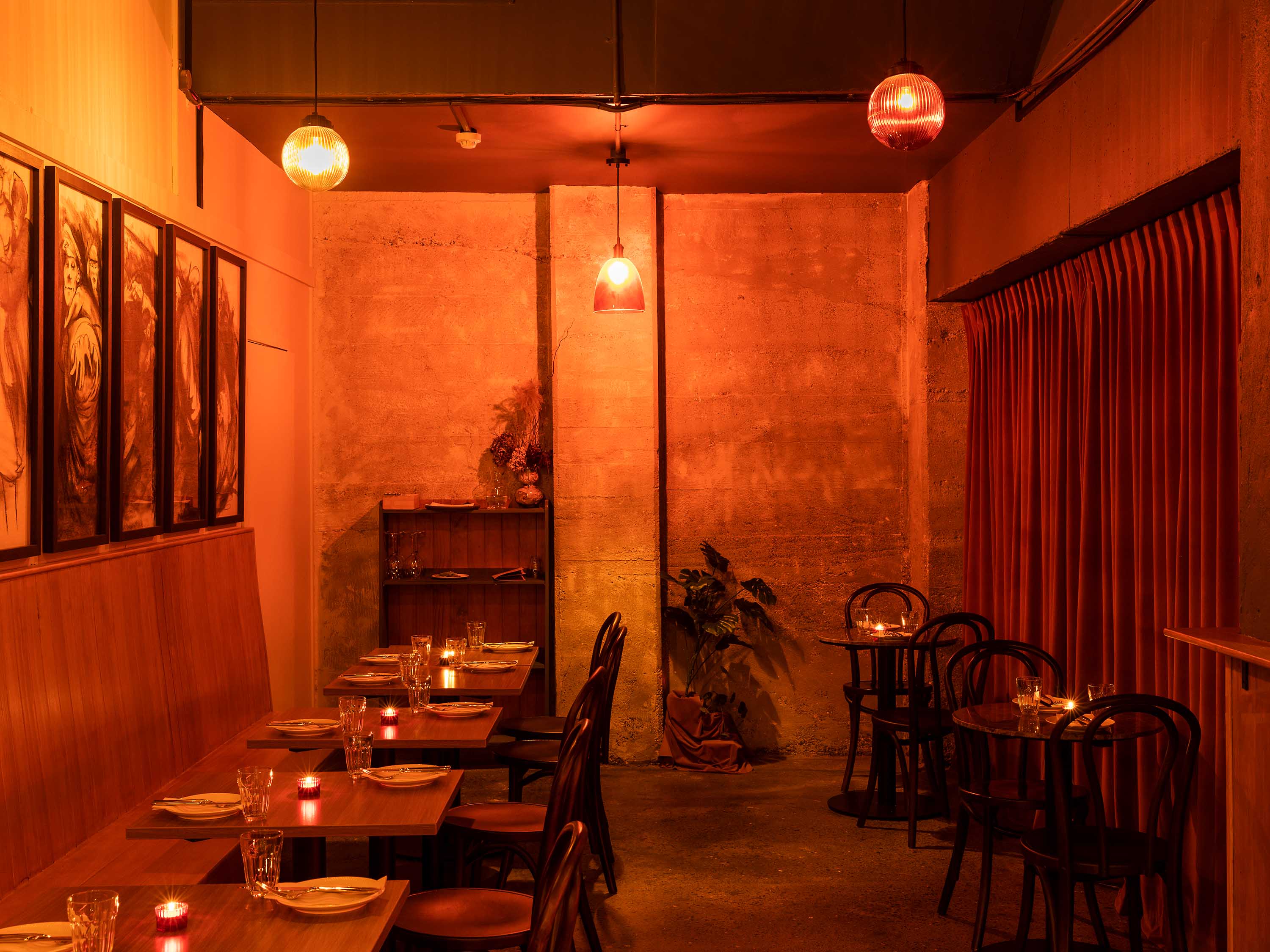 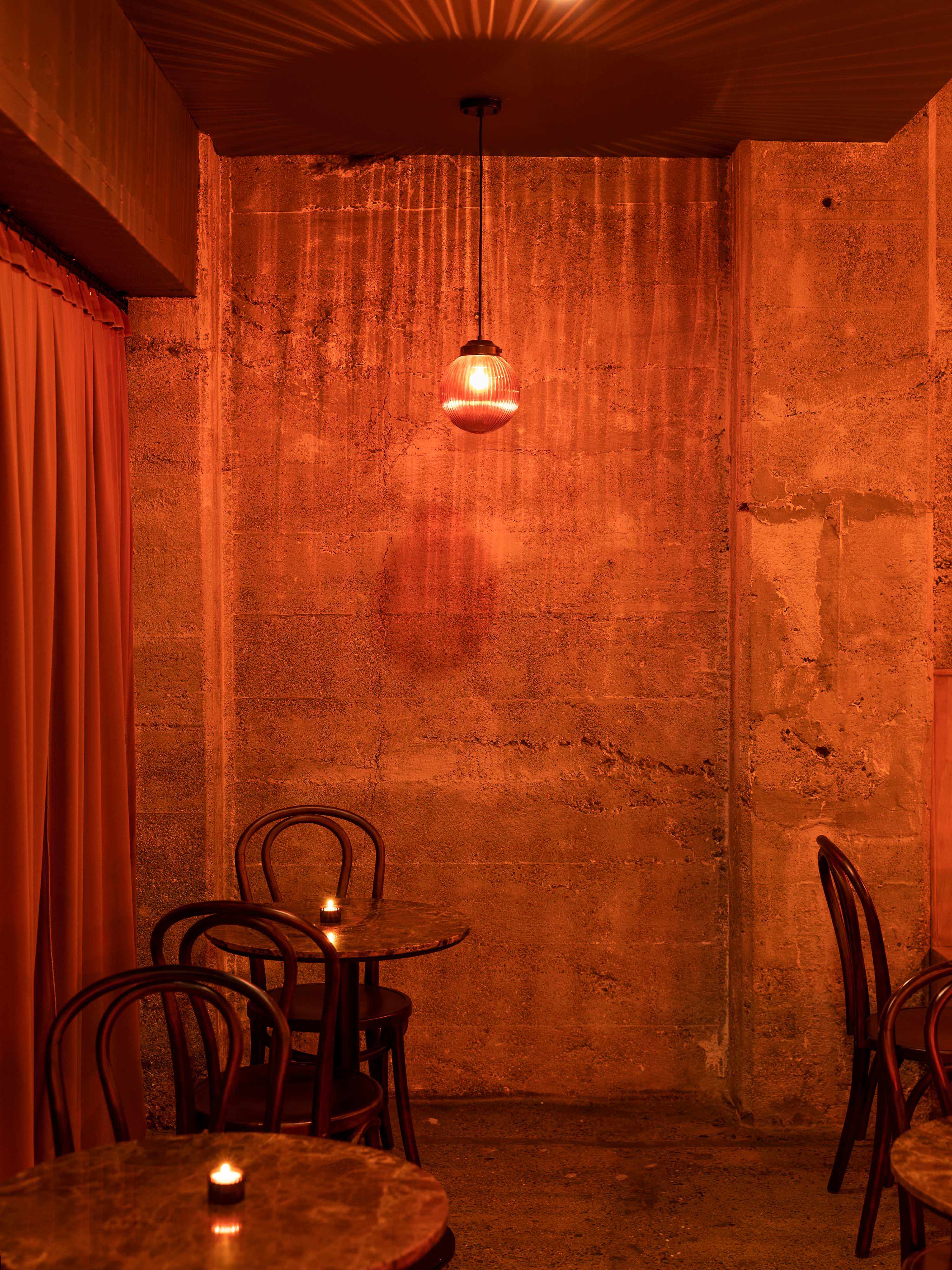 An intimate corner of the dining space.

There’s a room divider at Bar Magda that could turn you into a curtain twitcher. The tactile drape sits between the bar area and a dining room, and conversation on the other side is easy to pick up – only you don’t know who is doing the talking. It’s another layer that adds to the intrigue of this subterranean bar-restaurant, the entrance of which is hard to find – pull on the wrong door handle and you could enter the euphemistically termed realm of a “gentleman’s club”. On Cross Street, which runs parallel to Karangahape Road in Tāmaki Makaurau Auckland, the setting is semi-industrial with a hint of seamy.

Not that any of these things should distract you from the main task at hand – eating food conceived by Carlo Buenaventura that’s inspired by his Filipino roots. Traditional dishes are not his narrative, but you’ll find familiar ingredients respectfully shown a different direction: rhubarb as a souring agent for ceviche; lamb ribs served with green sambal. There are also a few favourites from Buenaventura’s pop-up days, like the wafer-thin crackers made from powdered potato peelings, and a parmesan custard that’s a classy take on the Cheez Whiz of his childhood.

In devising Magda, Buenaventura, Matt Venables and Craig Thompson delved into their own lifestyles to find what they wanted to create – to their good fortune, they were on the same page, and this back-street space came up. “It’s classy but not stuffy, casual but still slick,” says Buenaventura, of the bar-dining lounge that captures the moody romance of a bar more commonly found in Europe or the US.

The trio worked with builders and tradespeople who are ex-hospo, and who tapped into what’s important for diners, such as ergonomic benches that follow the natural curve of a back. It’s a big space – a moveable feast for punters who can start in the bar and segue to one of the dining areas.

The cocktails are as seasonally driven as the food, and the spirits and wine lists are weighted to New Zealand producers, with the occasional international counterpart for balance.

Bar Magda, with her moody-sophisticate feel and food with subtle Filipino inflections, adds a welcome layer to the city’s hospitality offering. And perhaps there’s a touch of divinity in her opening on Cross Street – after all, the name is based on Mary Magdalene or Magdalena, as she’s called in the Philippines.

An intimate corner of the dining space. 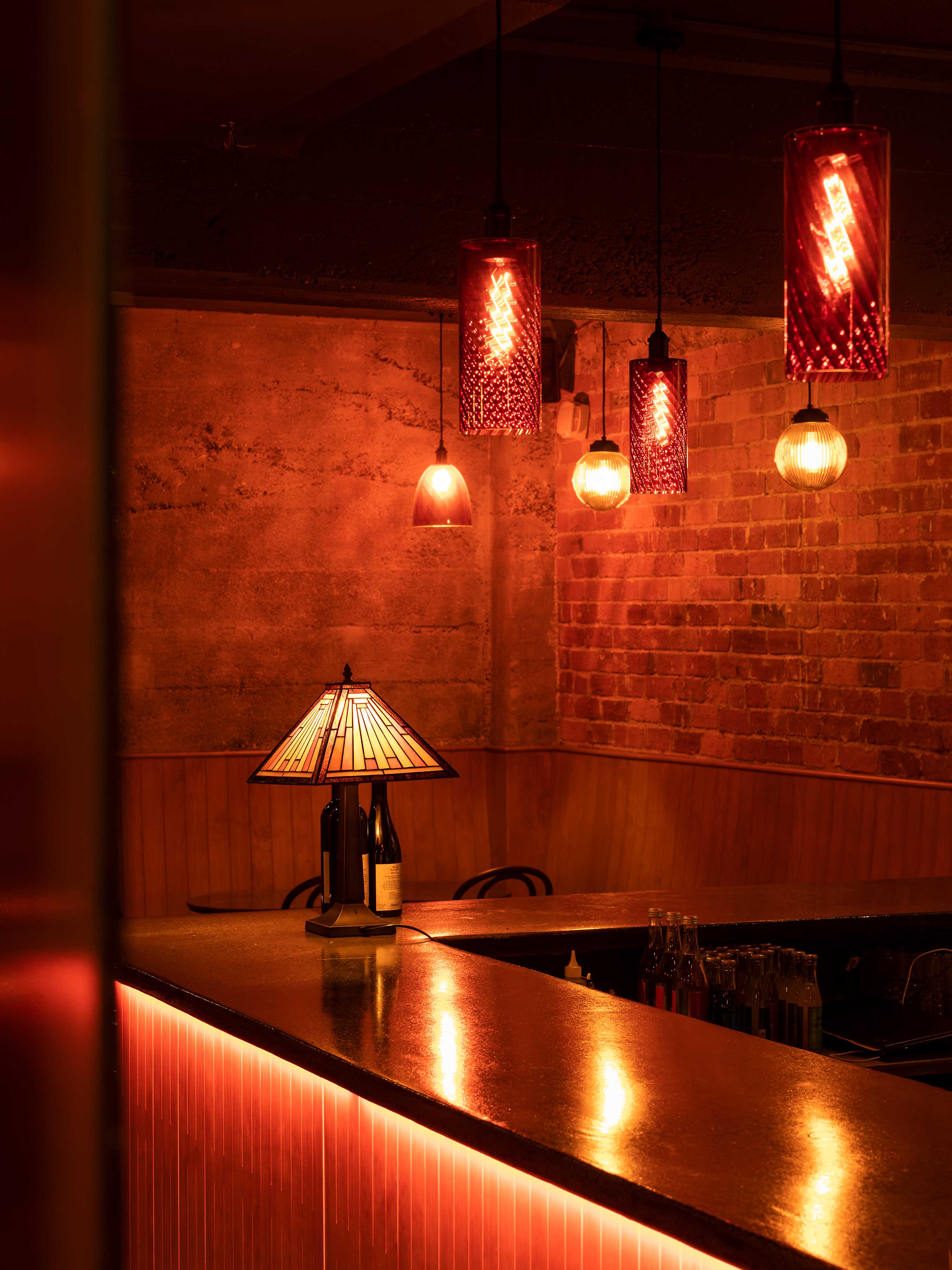 Wet your whistle at the bar.