A new department store opens in a quiet backstreet in Parnell, Tāmaki Makaurau. 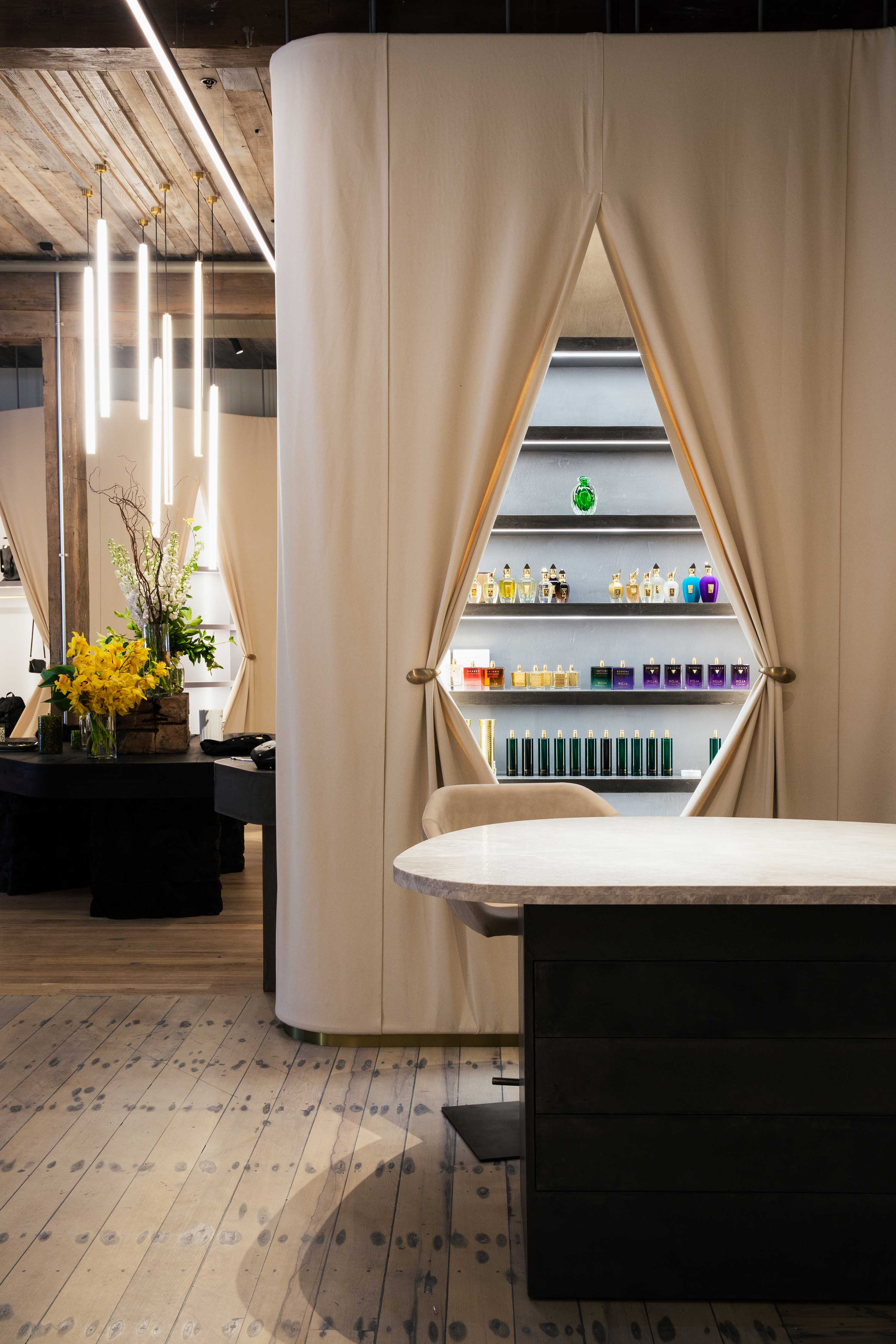 A new department store opens in a quiet backstreet in Parnell, Tāmaki Makaurau.

The building in which you’ll find Faradays is an elegant warehouse in Parnell, Tāmaki Makaurau, with very high ceilings and enormous timber beams and posts – it has a raw heft, with wide-planked timber floors. It started out as a merino warehouse and more recently became the Auckland office for cloud-accounting giant Xero.

Designer Edward von Dadelszen has had an atelier in the building for several years – a discreet, appointment-only cave – and had always admired the space next door. When it came up for lease, he saw an opportunity to set up a store specialising in luxury international brands, most of which haven’t been available in Aotearoa before.

With a fitout designed by Cheshire Architects, it’s about as far from a shiny, loud department store as you can get. Inevitably in a place like this, you have to break the space up, so that each brand gets its bit of real estate.

Instead, Cheshire have partitioned with canvas-wrapped bulkheads that flow through the space; display cases are built into the bulkhead and revealed behind openings that look like a curtain being drawn back. It’s like being inside a very elegant tent – and it smells wonderful.

And hopefully, by the time you read this, the store’s bar will have opened, tucked into a corner overlooking the street and outfitted with banquettes and champagne. A fine spot.