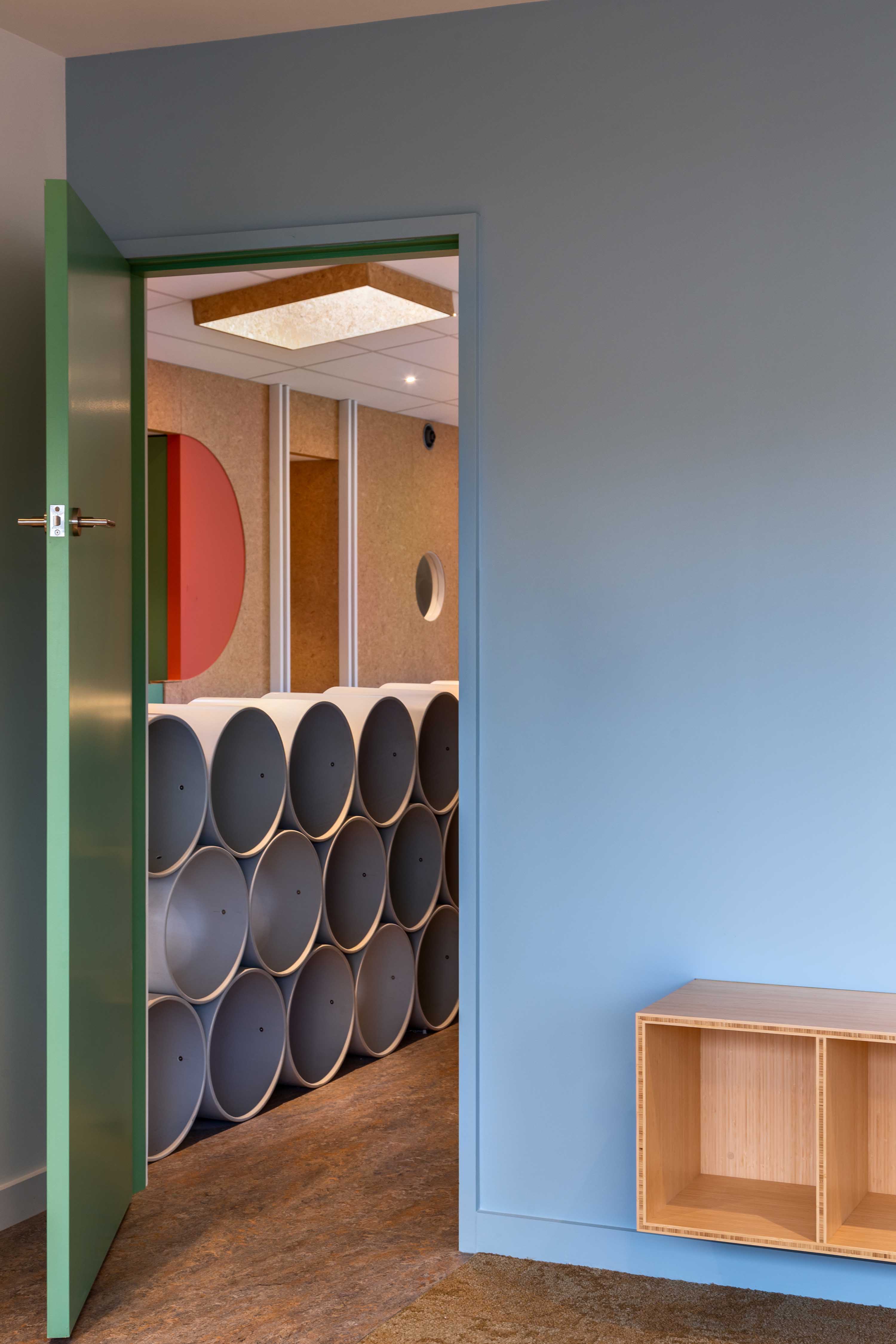 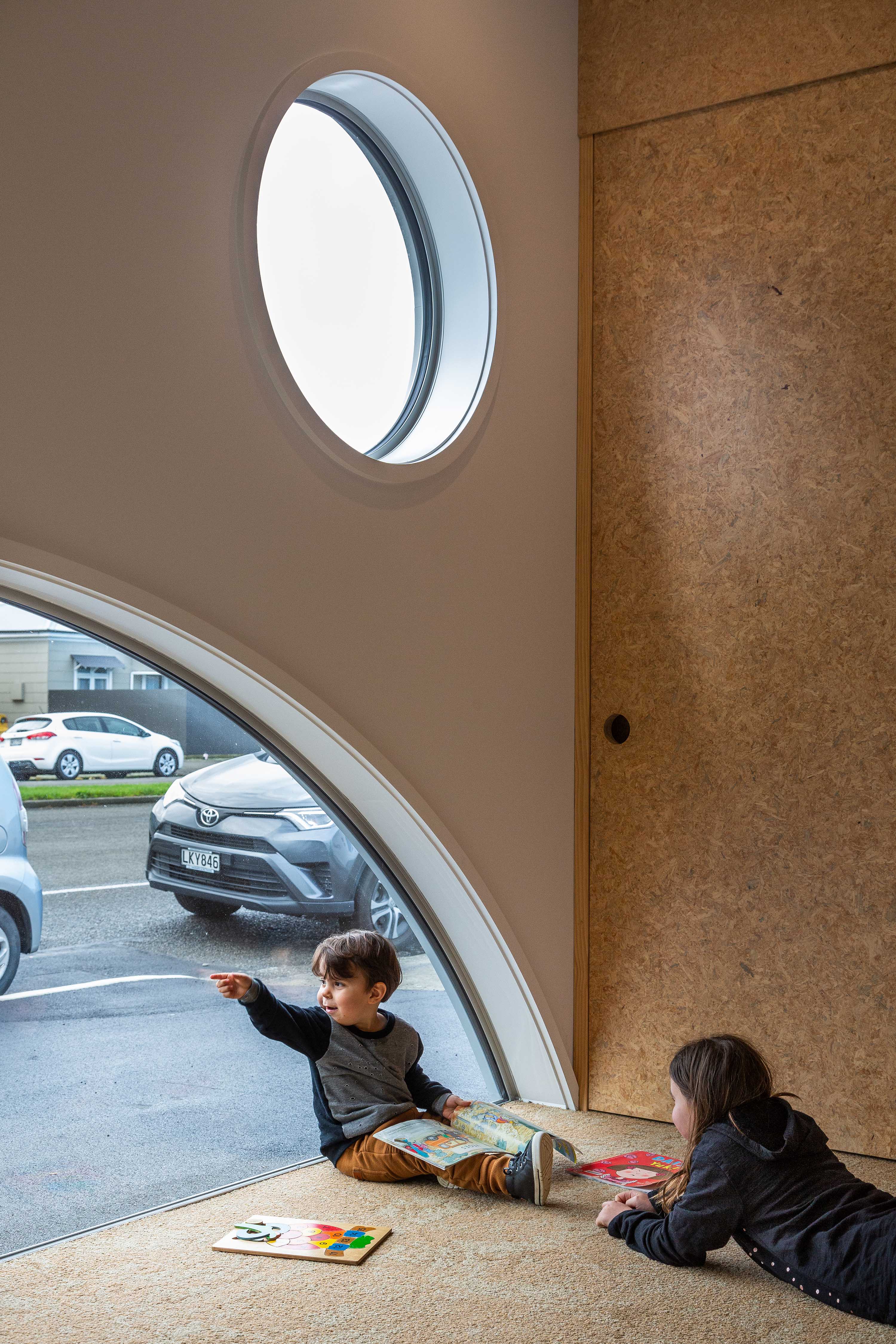 The building that used to house Footsteps Preschool in Te Papaioea Palmerston North was nothing special. “Really basic, with no street presence” is how Parsonson Architects’ co-director Craig Burt remembers it. “So with the new build, the board wanted something a bit more creative.” Sitting in an area dominated by big-box retail and commercial buildings, the new, more aesthetically appealing childcare centre needed to cater to more than 50 kids, with a distinction between age groups. It had to stay within a limited budget and, most challengingly, adhere to the Ministry of Education’s relentless health and safety requirements.

“So we built a shed,” says Burt matter-of-factly. “A big, open and economic space… but we did twist it a bit.” With a creative sleight of hand, Burt and co-director Gerald Parsonson took a classic form and altered it beyond recognition. Pulling one streetside corner of the corrugate building high into the sky and puncturing its steel walls with a series of carefully placed circular and semi-circular windows, their intelligent adjustments accumulate in a preschool with an immediately playful presence.

Pushed right to the street edge, your first view is likely of a couple of toddlers peering out through a ground-level, half-circle window. With the building positioned to allow engagement with cars and passersby, you’re then guided around the corner and inside by a spotted green wall. “We debated for a long time how we were going to colour the entry,” says Parsonson. Eventually turning to French post-impressionist painter Henri Rousseau for inspiration, the design borrows from the rich colour palette of the artist’s exotic jungle scenes. “We created this little abstract forest that flows into the building and conceptually out to the play area,” he says.

Inside, it’s full-sensory happiness. The service areas run down the eastern wall – sleep rooms, bathrooms, kitchen, laundry – while the rest of the centre is kept relatively open-plan. The architects have approached standard centre requirements as an opportunity, reworking many to introduce an element of interactivity. For example, in the locker area, stacked drainage pipes serve as bag storage, climbing zone, and secret tunnels. A jigsaw of uniquely shaped tables can  be rearranged depending on that day’s activity. Nature, meanwhile, takes the lead in the outdoor space, designed in collaboration with Philip Smith of O2 Landscapes. Sandpits, mud kitchens and water-play areas keep imaginations engaged, and a grassy knoll harbours another covert tunnel.

While the final picture is pure joy, the design process was sometimes less than so. “The Ministry of Education is incredibly picky with health and safety,” says Parsonson, his voice still tinged with the weariness of it all. “The restrictions – it went on and on. You have to work really carefully with the rules.” But even when addressing these regulations, the architects have kept the tone light. Observation windows into the bathrooms feature the recurring circular motif and the multitude of safety doors feature jolts of colour. Even the sleeping room, which was challenged for noise pollution (some would argue an inevitability in a commercial zone), succeeds with its pod-like bunk beds.

With the centre now open and the bureaucracy behind them, the architects are excited to see the preschool in use. “The reward will be finally seeing the kids interact with these scenarios we’ve set up,” says Burt. “Watching the kids get involved with the architecture.” 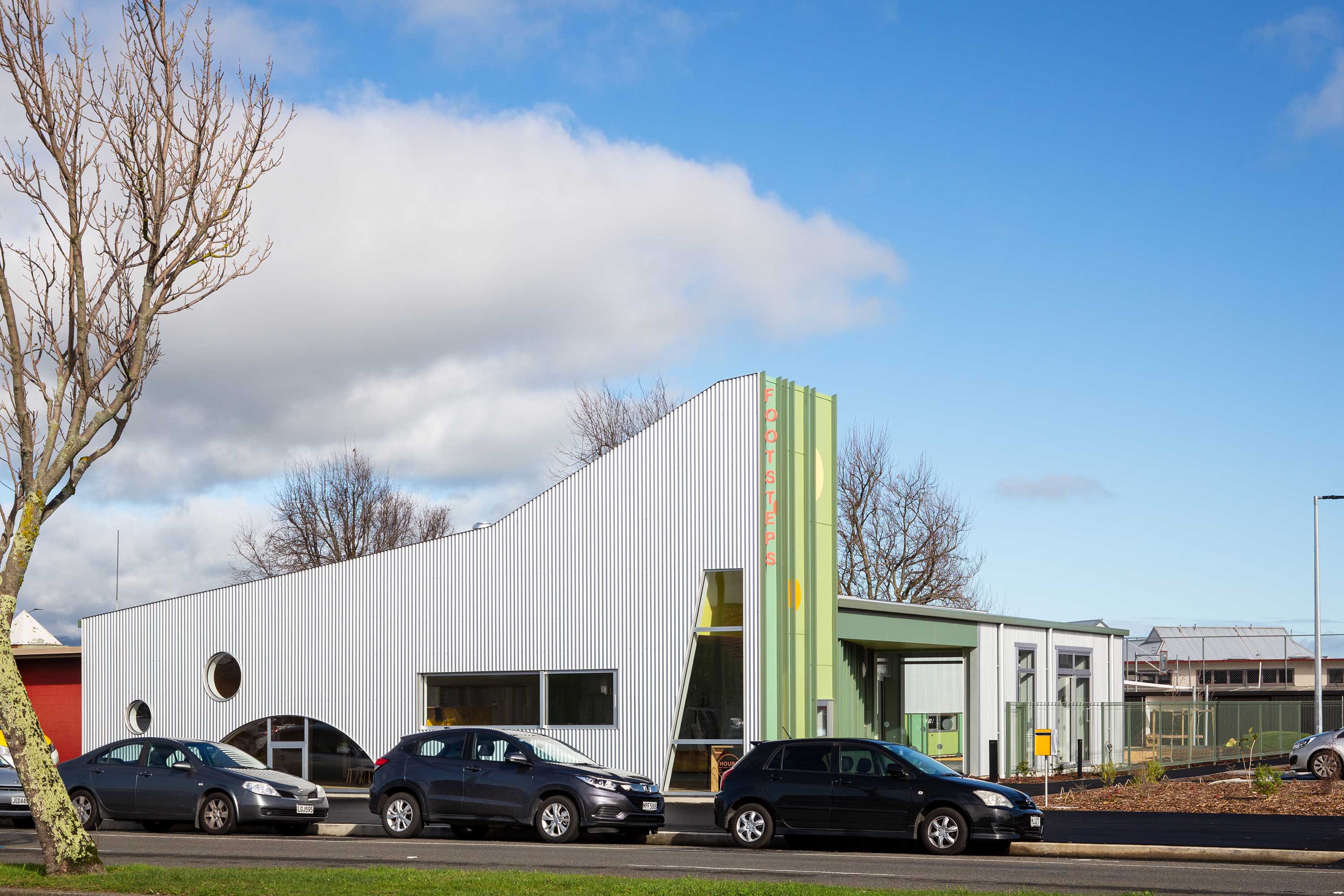 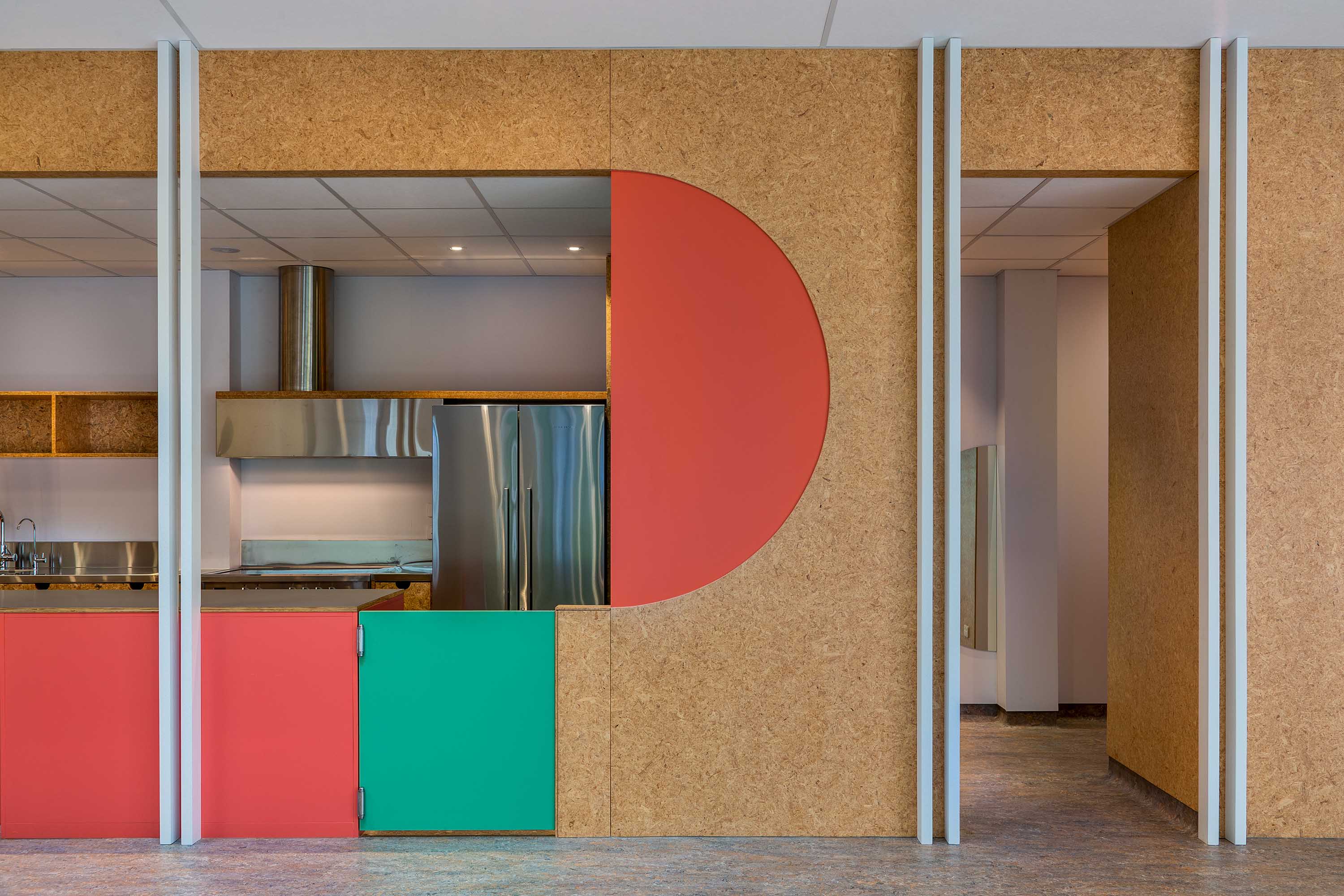 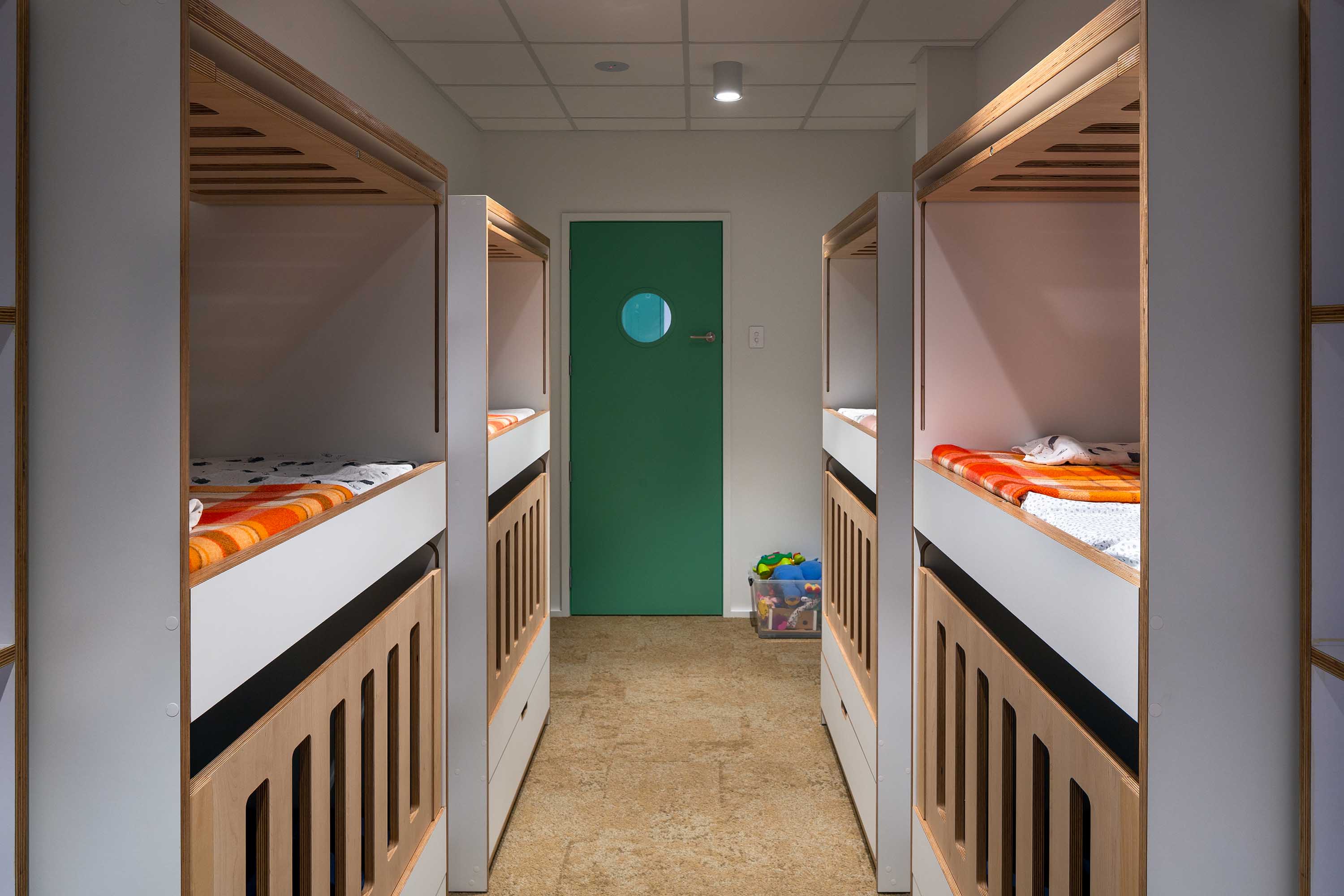 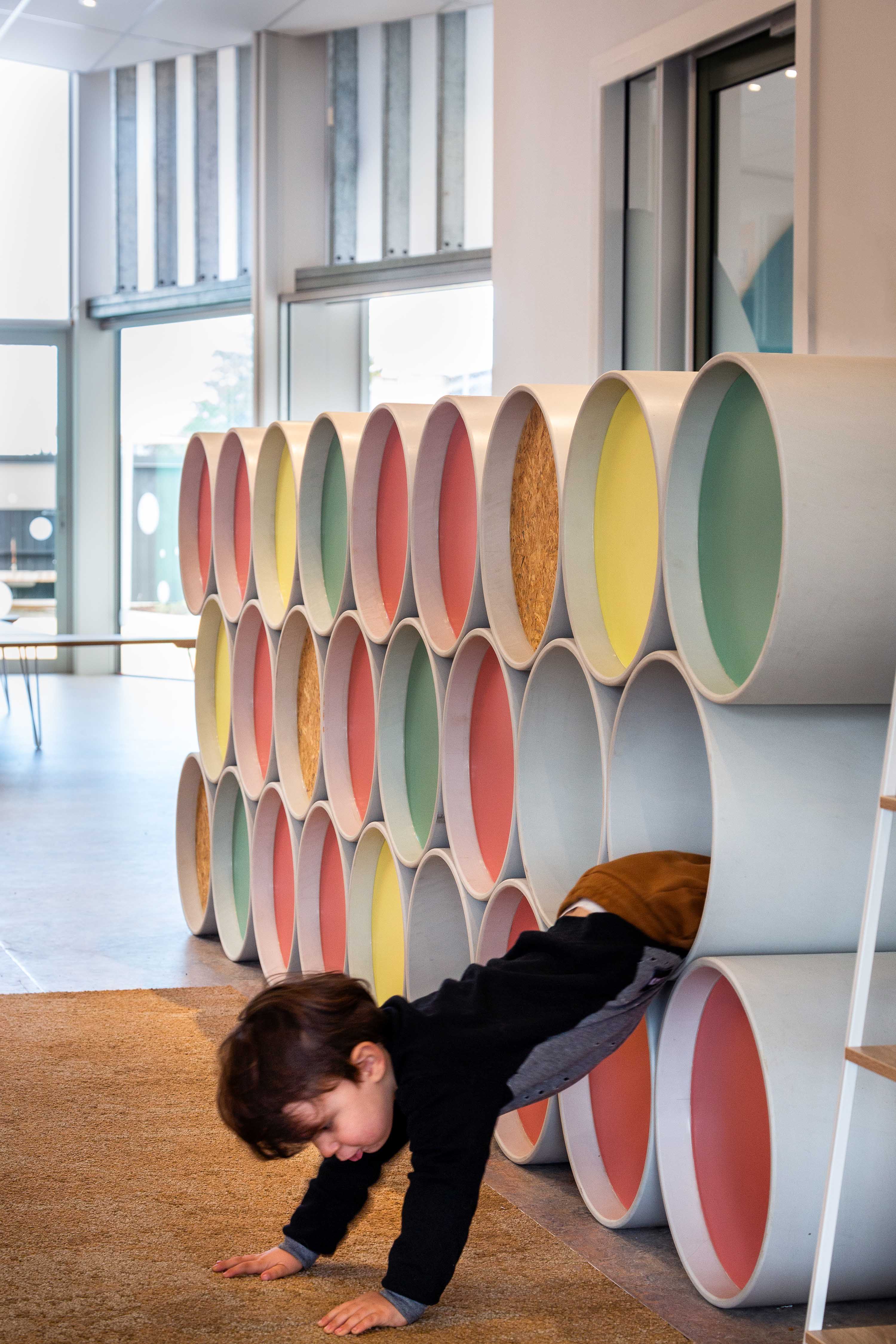 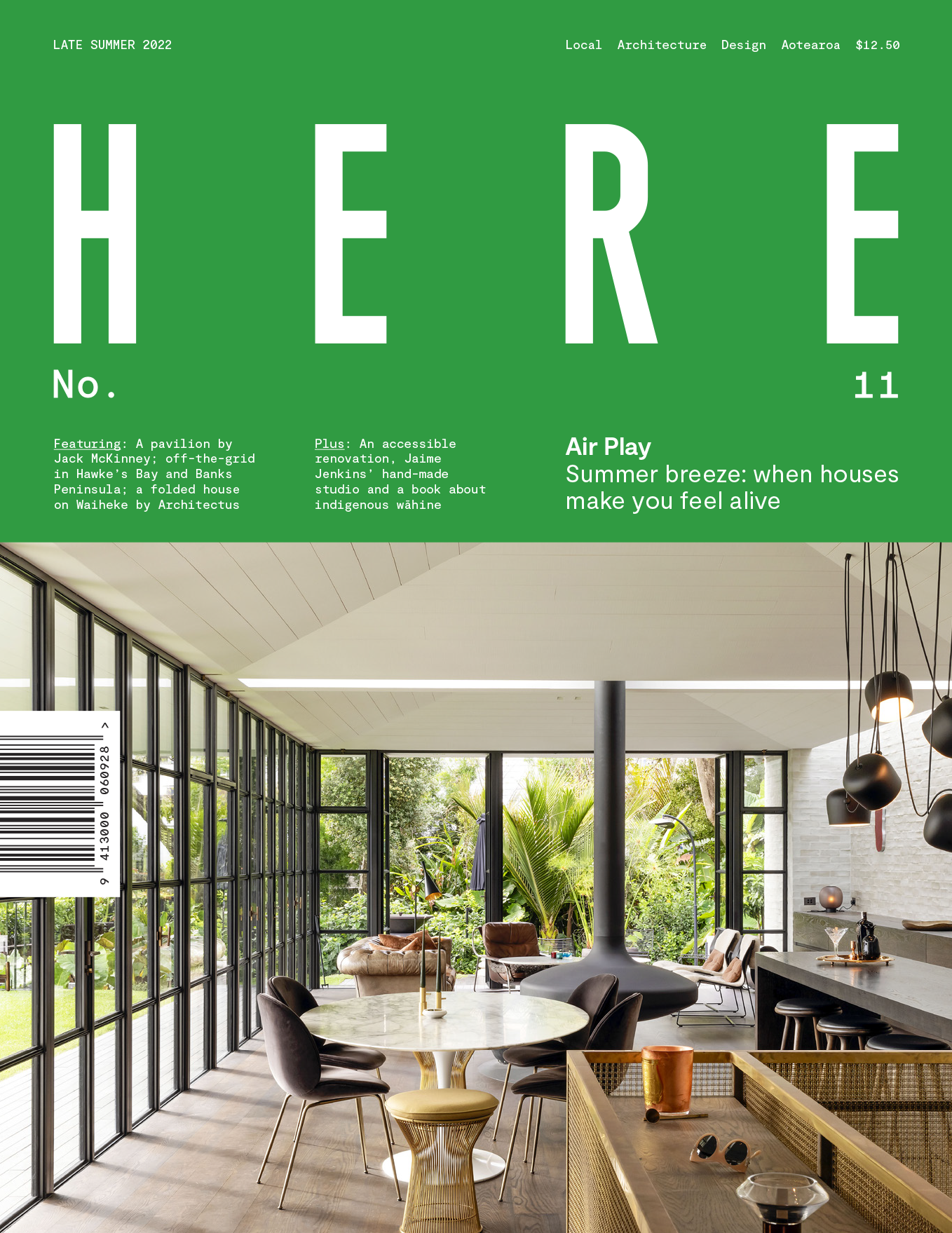