A new brand of oat milk grown and processed here in Aotearoa sets out to be as boring as possible. 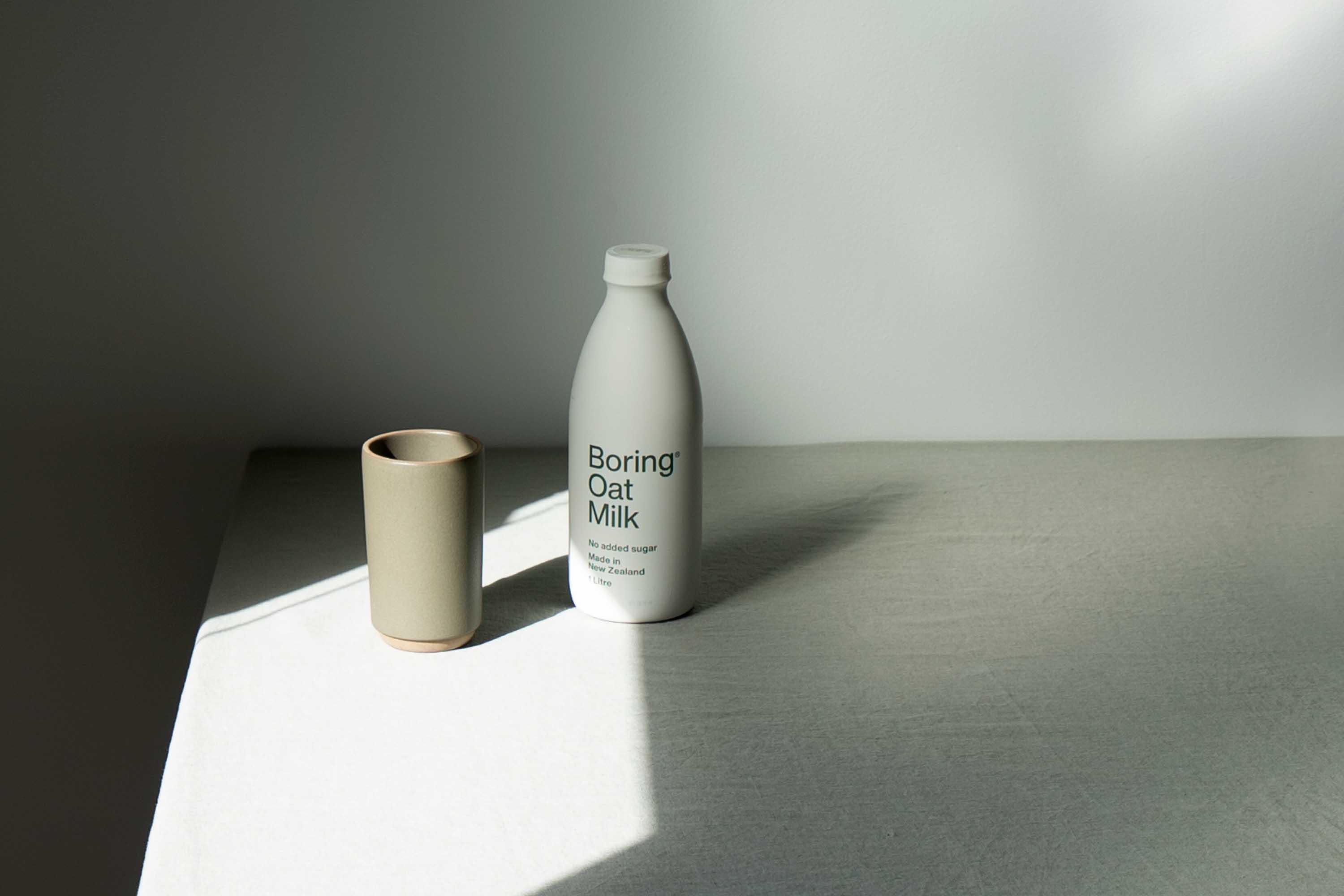 Boring oat milk is meant to be anonymous.

A new brand of oat milk grown and processed here in Aotearoa sets out to be as boring as possible.

Boring oat milk is meant to be anonymous. 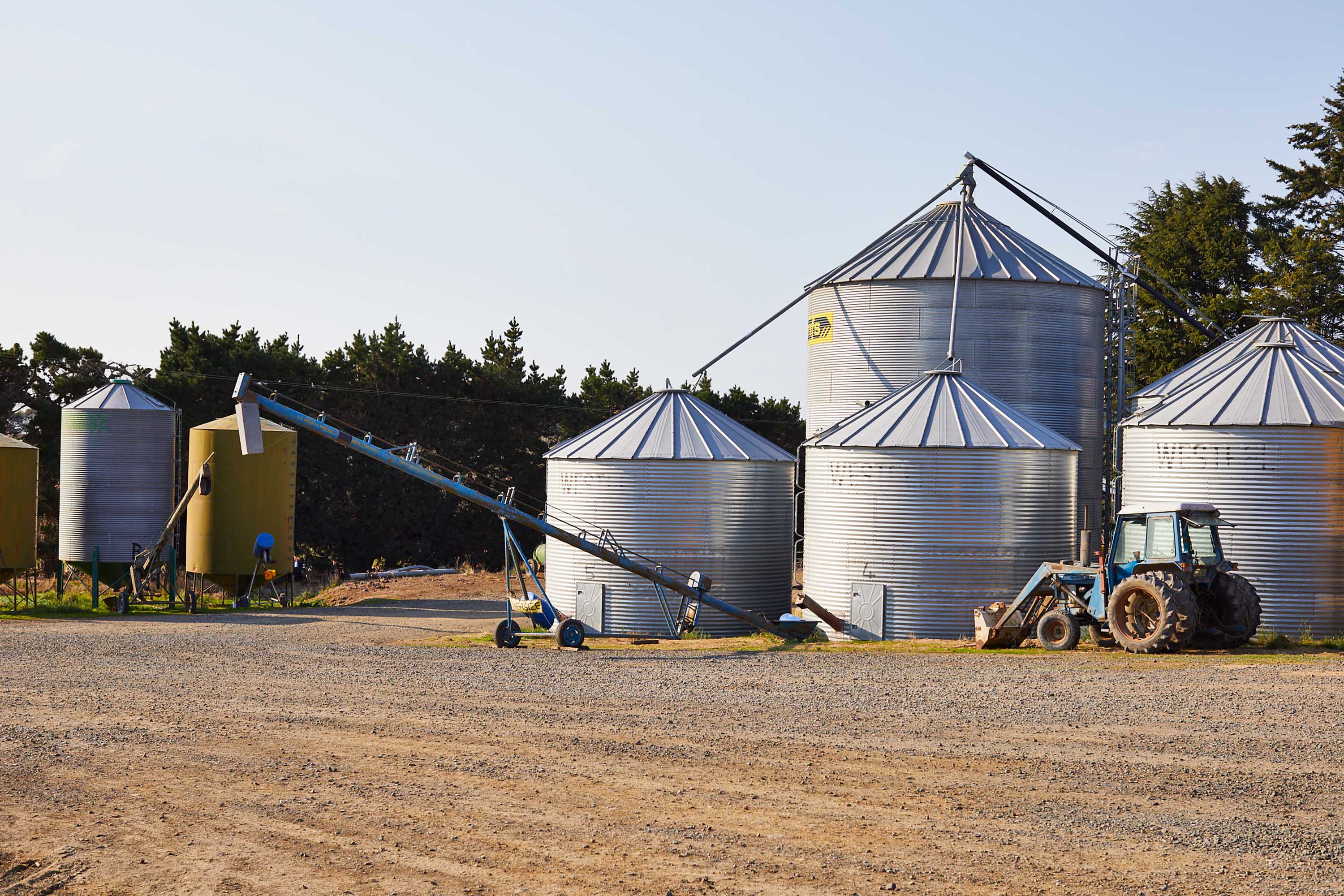 Boring is the first oat milk grown in Aotearoa.

Morgan Maw is the founder of Boring oat milk, a homegrown product that’s been years in development. “I wanted to help provide a solution to our over-reliance on dairy, as well as having a product with low food miles,” she says.

I’ve been working with oats for seven years, first with Bonnie Oatcakes. Oats are good for you and they’re also a sustainable grain that grows really well in Aotearoa. After a few years I realised that my fancy $7 crackers weren’t going to increase the demand for locally grown oats and, in turn, have a positive impact on the land. I needed an everyday product, something that was in peoples’ shopping baskets every week.

Why should we drink it?

For its sustainability credentials. A much-referenced study by Oxford University researcher Joseph Poore concluded that when it comes to greenhouse gas emissions, land use and water use, oat milk – along with soy – has the lowest environmental impact when compared with other milks. Perhaps not surprisingly, cow’s milk has by far the highest. Oat milk isn’t a silver bullet but it is one viable alternative and unlike other plant-based options, such as soy, almond, coconut or rice, oats grow really well here and are gentle on the land.

Why was it so difficult to do?

Boring has been three long years in the making. There were no manufacturers with the capability to produce oat milk at scale in New Zealand – this is the reason why 90 percent of all plant milk currently on supermarket shelves is imported.

Great branding. Tell us about the design process.

I wanted to engage a designer early on, so I reached out to Kelvin Soh from DDMMYY. After that first meeting we knew Kelvin was the guy. We did a deep dive into the product itself; what is milk, what is its function and through this realised that it’s important but not exactly exciting. It’s the things that go with it that are interesting – coffee, granola, smoothies.

Boring is the first oat milk grown in Aotearoa. 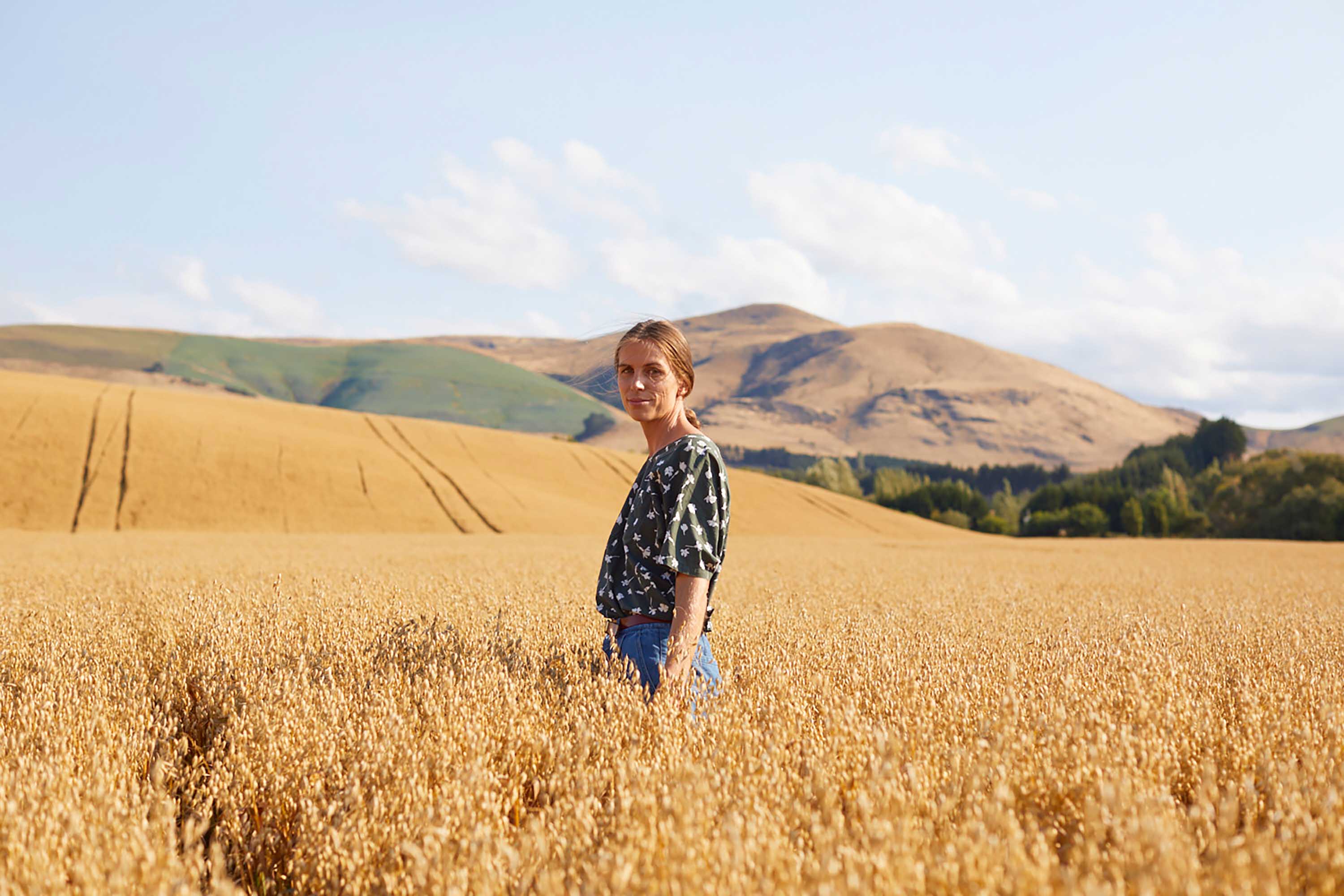 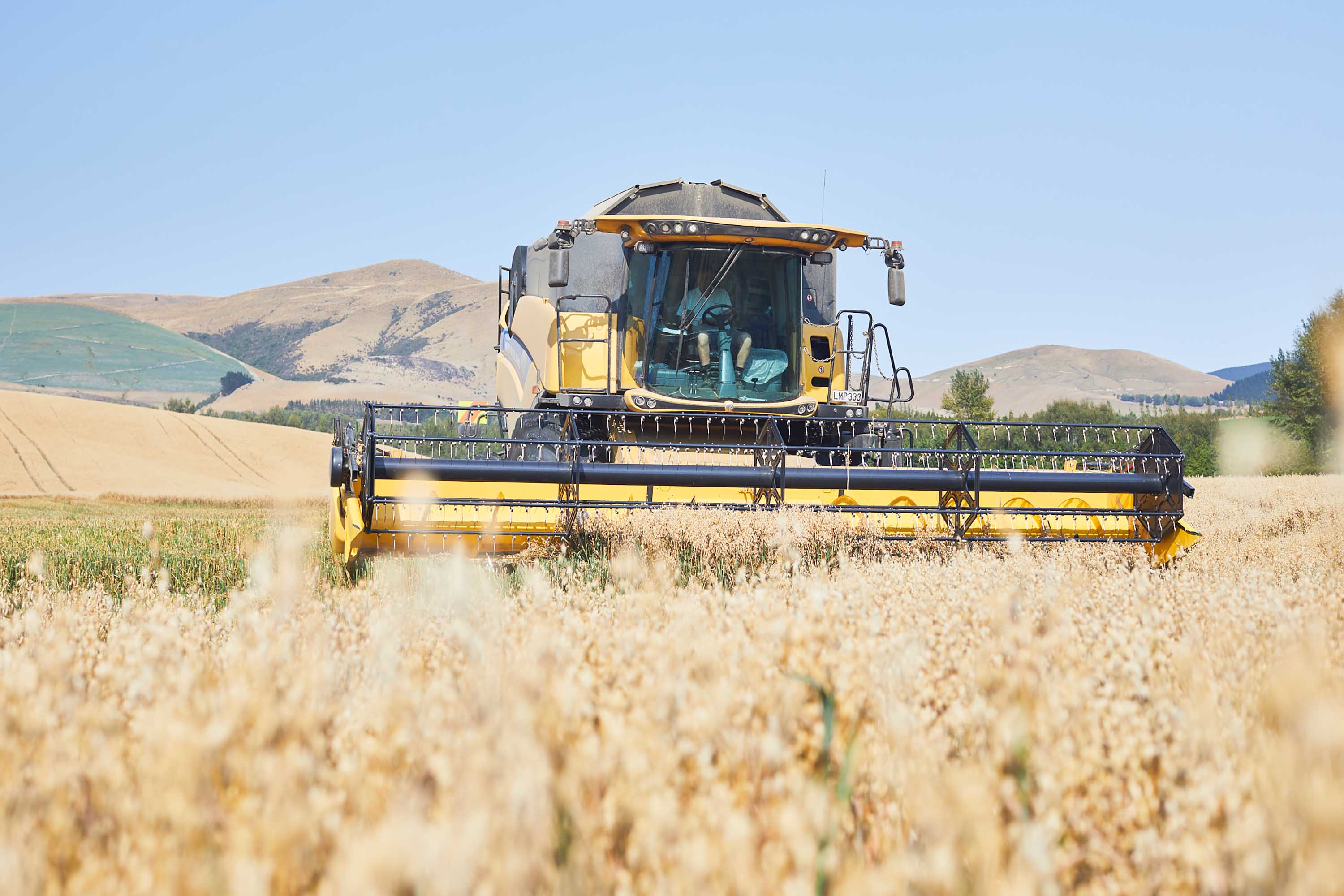 Harvesting the oats in the South Island. 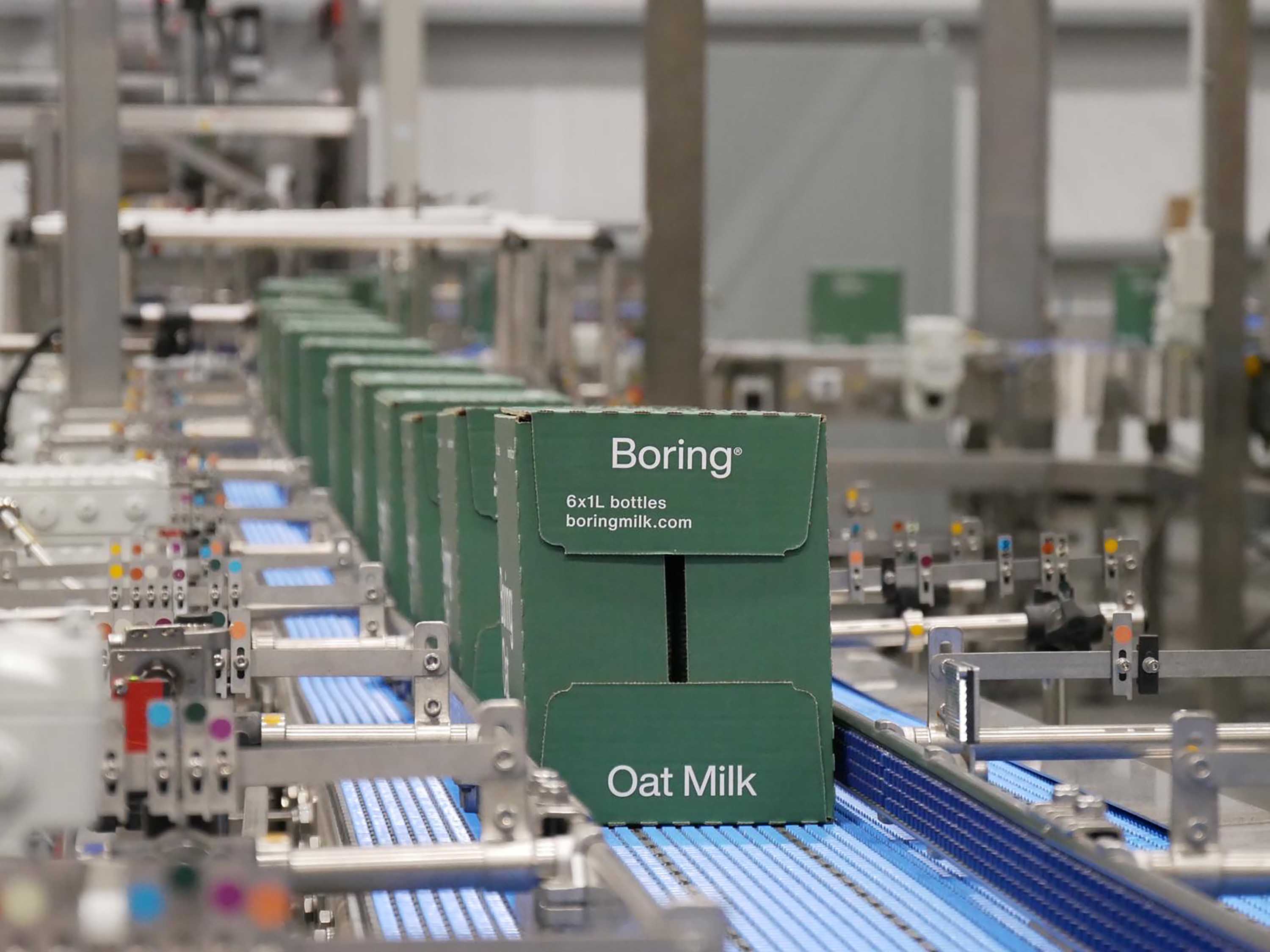 Coming off the production line.