Sammy-Rose Scapens has a soft spot for the Lampe de Marseille by Le Corbusier. 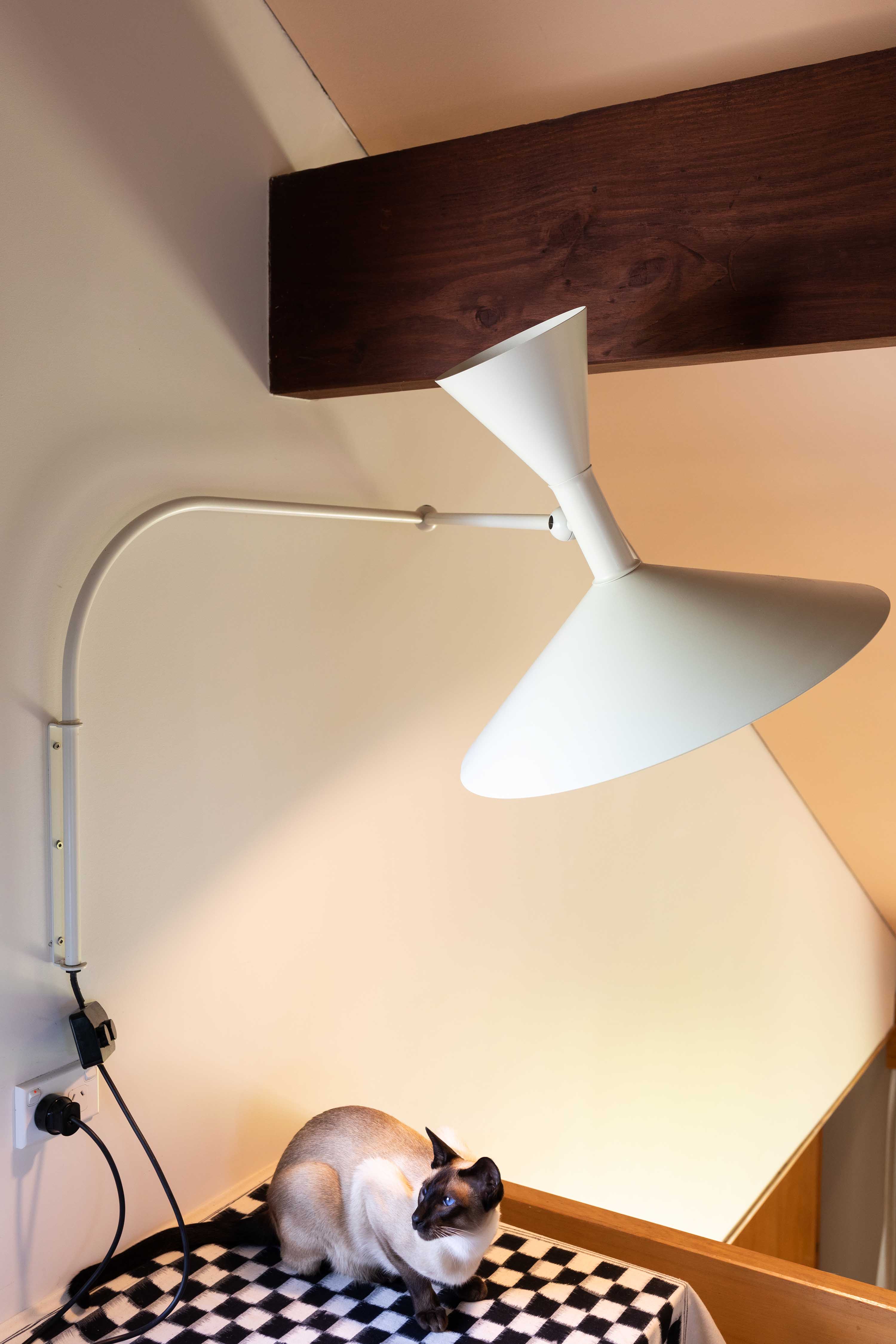 Sammy-Rose Scapens has a soft spot for the Lampe de Marseille by Le Corbusier.

In 1952, Le Corbusier finished work on La Cité Radieuse in Marseille, the first apartment block of the Unité d’Habitation – a series of concrete apartment buildings that are often thought to be the basis of brutalism. The apartment buildings, in Corb’s mind, would contain everything a family might need to live a modern life – streets in the sky.

Naturally, he designed many of the fuxtures and fittings, with similarly modernist sensibilities – including the Lampe de Marseille, which is still in production and which you can buy from Matisse here in Aotearoa New Zealand.

The lamp, in its original form, is an adjustable wall fitting with two joints on the arm and a rotating wall fixing. Sammy-Rose Scapens of Homewerk owns five wall lamps from the series. All have a spun aluminium diffuser and come in matt grey, whitewash or black. “I found it in a book when I first got interested in architecture as a student,” says Scapens, who owns a John Scott house in Bay of Plenty. “When we got our house I realised I could buy some art or spend lots of money on lights. I bought lots of lights.”

Something seems right about this light in a John Scott house. While Scott didn’t design apartments, he did design total environments and he also liked a play between light and shadow, and for that reason, Scapens stuck with wall lights and lamps in the house.

But it’s the Lampe de Marseille that captures all the attention: people like to play with it. Currently in the mezzanine office and library, it casts distinctive shadows, and is handy for illuminating a particular book. “It creates beautiful light patterns, and the light reflects off the ceilings at different times of the day,” says Scapens. “This is a really theatrical home and I feel like it goes with that.”