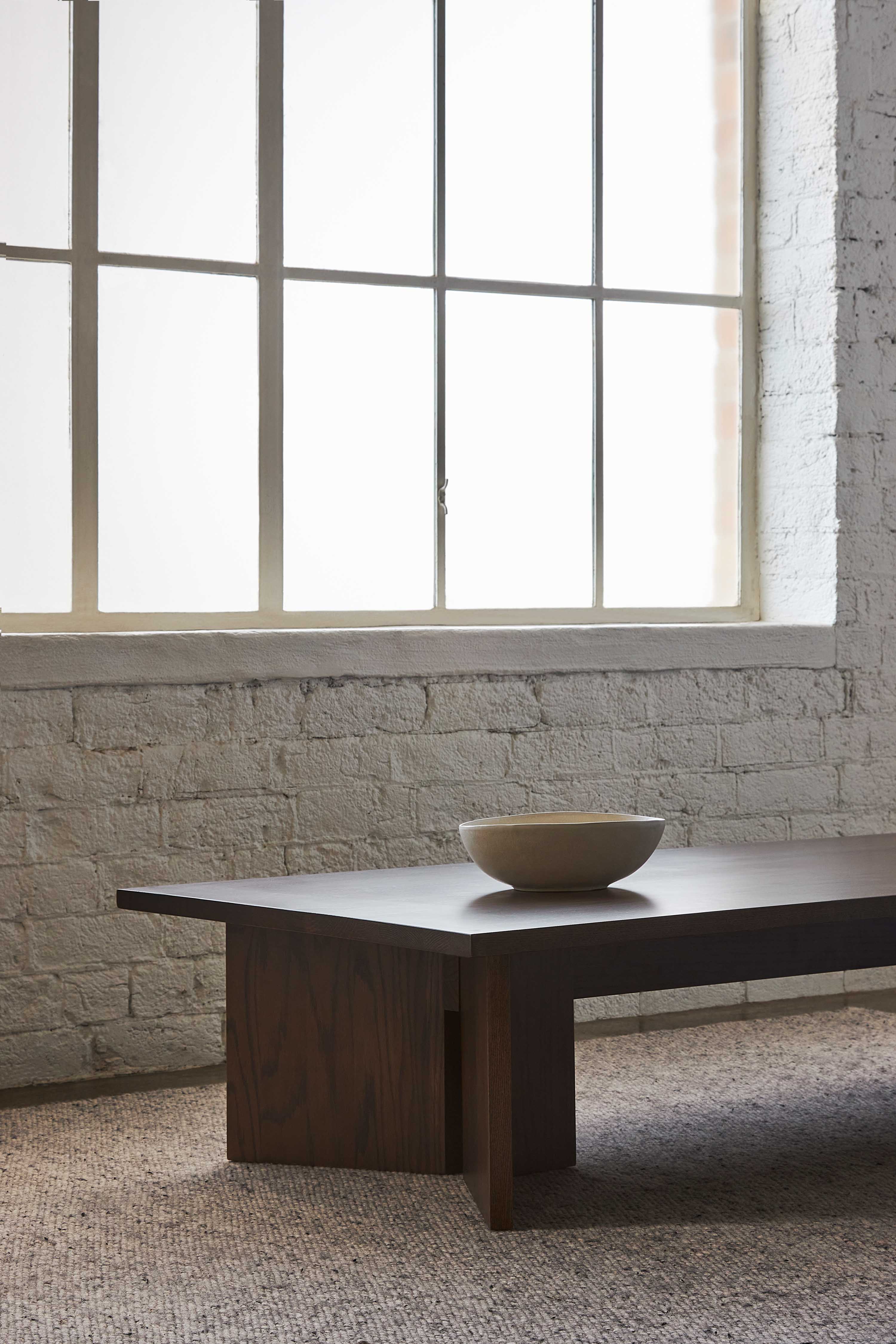 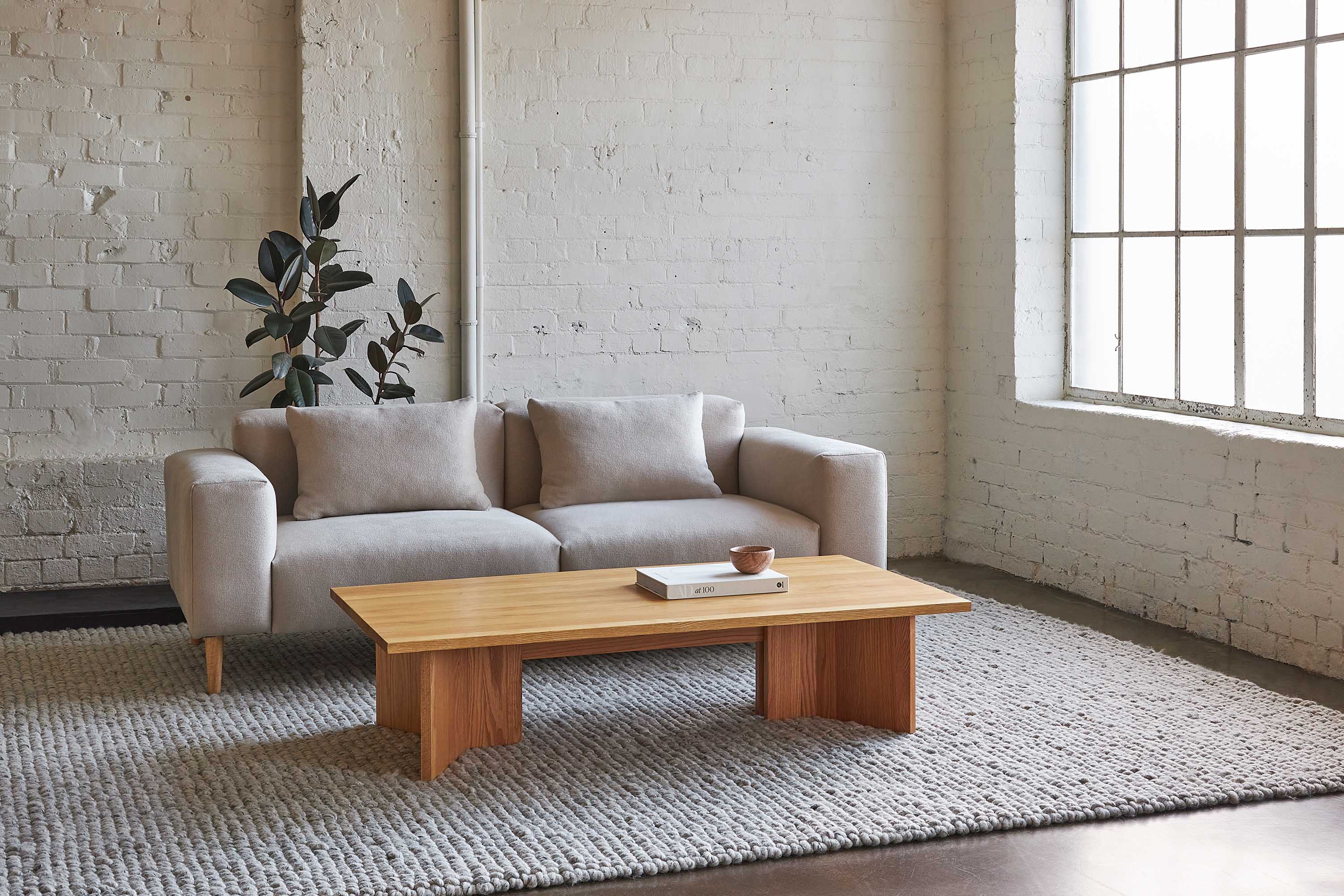 Although most of us are familiar with origami, our foray into the Japanese art of paper folding likely began and ended with a few well-intended paper cranes. Not so for Città’s David Moreland and Nikolai Sorensen, who found inspiration in the delicate craft for a new design. “The origami influence stemmed from model making in the studio,” explains Moreland. “Just folding paper and organically making our way towards the final form.” As they experimented, a table began to take shape. A large, elegant piece that they both “instantly loved”.

The Tatamu coffee table takes its name from the Japanese word for “to fold”. Formed from solid American white oak, it’s produced both in a natural finish and a darker smoked tone. The designers were determined to present a range with scale and mass. At 150cm by 80cm, it’s big. “Its oversize dimension was intentional from the outset,” says Moreland. “It helps enrich the presence of the table.”

But be careful not to confuse big with bulky. The robust tabletop is offset by four elegant V-shaped legs. Reminiscent of folded paper, they connect via a central timber rail that has been intentionally positioned to create a slender void between them. With no visible fastenings (à la origami), this subtle divide breaks up the solid wood and allows light to travel through, offering a new perspective from every angle.

According to Moreland, a coffee table’s success hinges on three factors: “The combination of hard-wearing materials, functionality and a pleasing aesthetic.” And while it’s safe to say the Tatamu delivers on all fronts, perhaps its best review is that the original cardboard origami model still stands in the design studio. Simply too beautiful to be relegated to the recycling bin.

This story was produced in association with Citta.