A custom wool carpet brings richness and refinement to an Ivan Mercep gem in Tāmaki Makaurau. 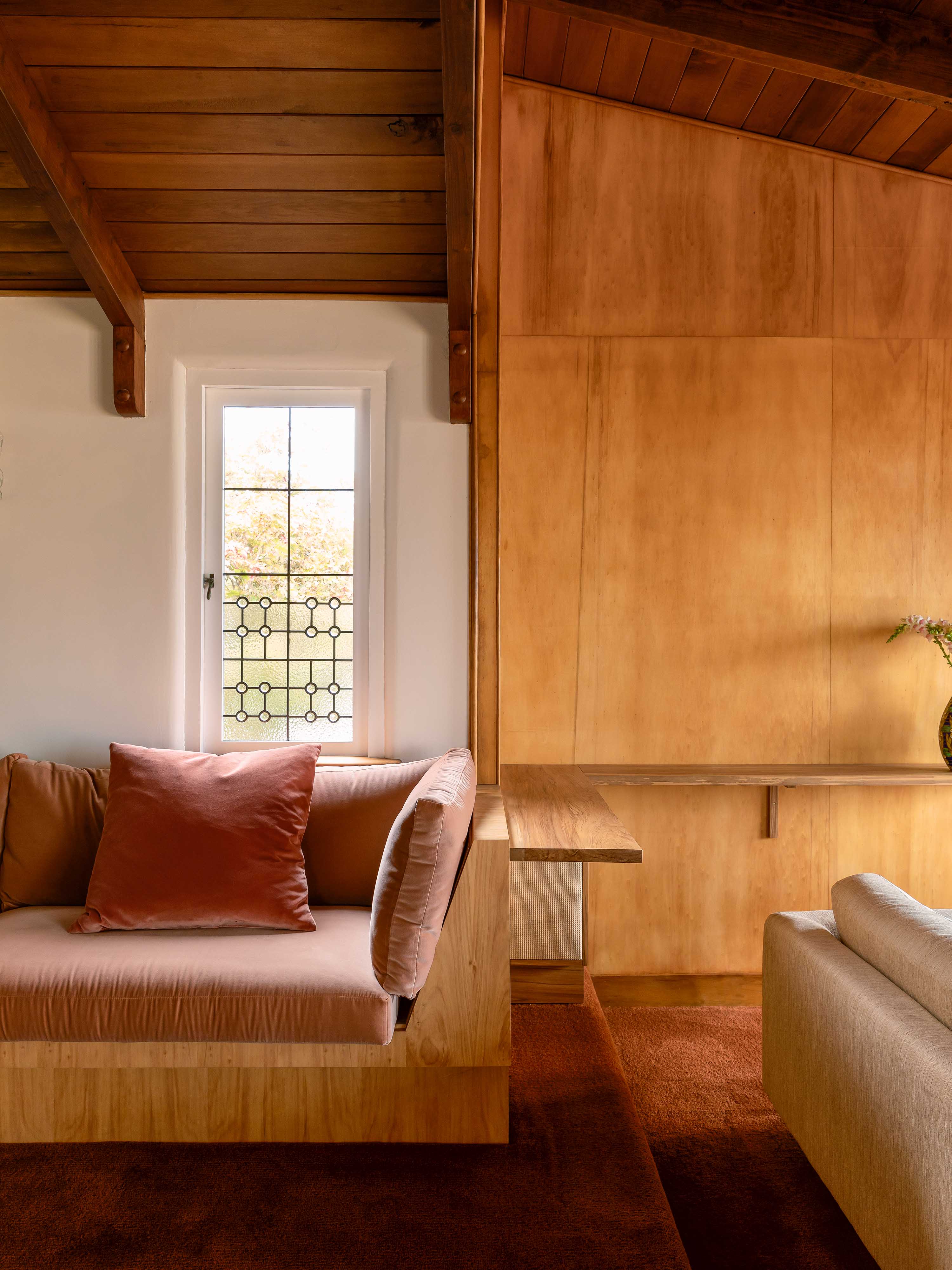 A custom wool carpet brings richness and refinement to an Ivan Mercep gem in Tāmaki Makaurau.

In 1974, the late Ivan Mercep designed four townhouses on a long narrow section in Tāmaki Makaurau Auckland and such was his commitment to them that he also lived in one until his death a few years ago.

They’re distinctly European in approach, with rough-cast stucco bases painted a distinctive peach, cedar-clad upper storeys and terracotta roofs. Inside, living is on the top floor and bedrooms are on the ground floor, with subtle changes in levels demarcating different zones. The interiors are wrapped in timber and ply.

When Suzanne Timpson bought hers, it was “very unloved. It had really good bones but it had no maintenance for a long time.” Undeterred, she set about renovating it with designer Katie Lockhart, whose refined aesthetic and warm texture choices seemed to resonate with the project.

Lockhart’s approach was typically warm but restrained. “It’s got a slightly Italian feel to it,” says Timpson, “and I don’t think I would have thought of it. It’s quite feminine. It was exciting.”

From early on, a custom New Zealand wool carpet was to be at the centre of the project, chosen for its warm, insulating properties and to create a rich sense of luxury – and, of course, it’s a natural, sustainable product. “It was an immediate consideration with both of us loving carpet,” says Lockhart, “and with it being a part of Suzy’s family heritage.”

Timpson’s father was one of the founders of what became Cavalier Bremworth – now Bremworth – and Timpson wanted to show off the possibilities of wool. “I know people don’t like wall-to-wall carpet, but I really do, and I thought this house lent itself to that,” says Timpson. “There’s just something about the completeness of it.”

Early on, Lockhart brought a sample of a very thick piled carpet, and they both fell in love with it. Lockhart designed a custom carpet in a rich shade of sienna, which Bremworth then made. At one point, the carpet was going to be peach, but then they started looking at all the other parts of the design, including built-in window seats and furnishings and realised it needed to go darker. “There’s something really earthy about it,” says Timpson. “Red sort of earth. It just seemed to make sense.”

The finished project is striking. There’s the carpet, and the original kauri ply linings, combined with elegant tiles and cabinetry that has a faintly 1970s air, but more like an apartment in Milan than an extravagant beach house in Los Angeles. There are matt finishes and authentic materials – nothing too shiny. “I felt like the depth of this carpet would hold its own, anchor the room in a way,” says Lockhart.

But that carpet is what people see when they first walk in. “It’s sort of like a restrained shagpile,” says Timpson. It’s almost a sensory experience, the rich colour complemented by the feel under foot, and the “almost subliminal” smell. “People come in and they just lie on the ground and roll around,” she says. “It’s quite surprising the number of people that do it.”

This story was produced in association with the Campaign for Wool.