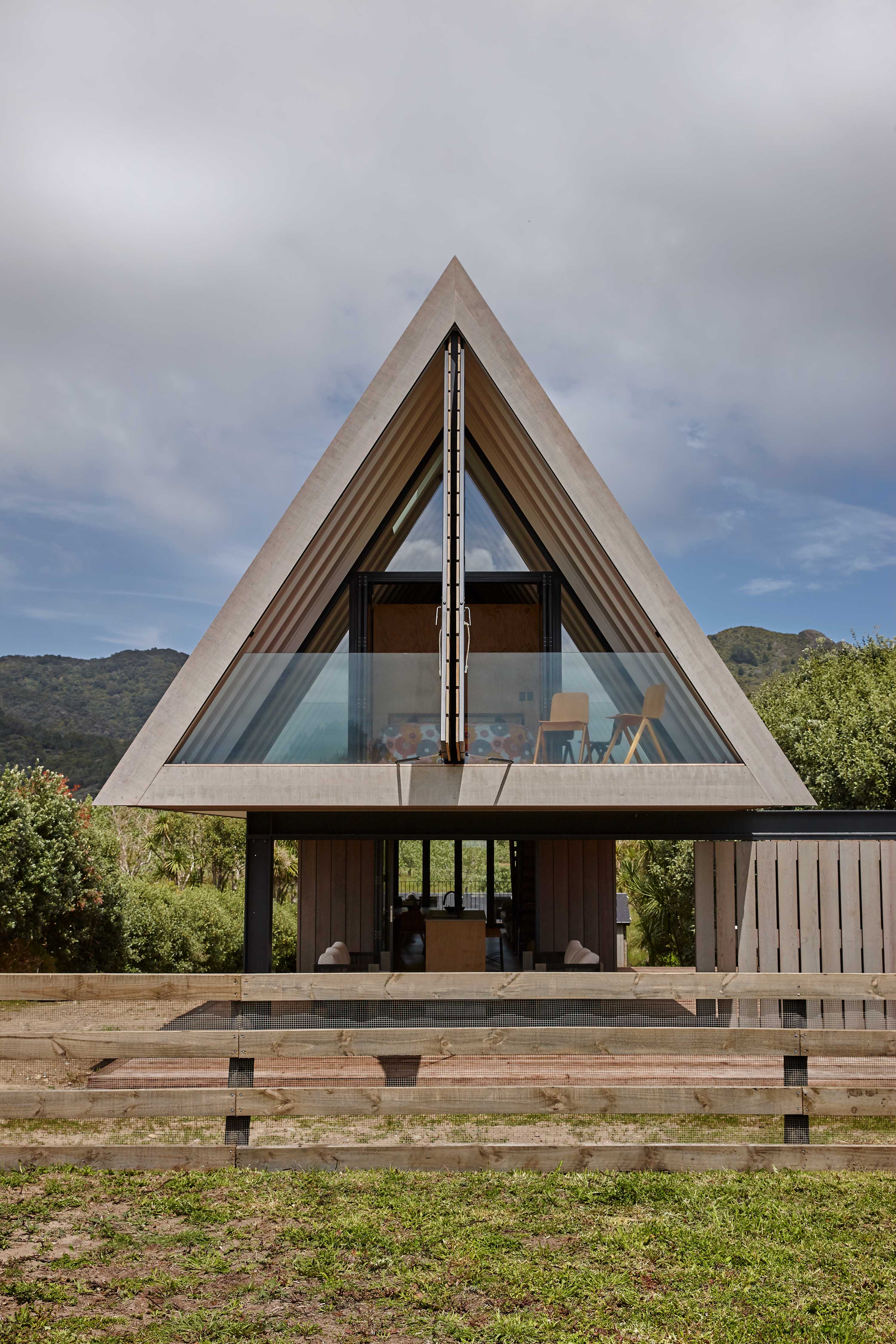 Were Foster + Partners inspired by a gherkin for their Stirling Prize-winning London landmark? (They weren’t – it was a sea creature called the Venus’s flower basket). Did Warren & Mahoney conceive of an oversized cake tin for sporting clashes on the Wellington waterfront? It’s doubtful. And was Richard Naish of RTA Studio trying to evoke the pyramidal shape of a famous Swiss chocolate in this Great Barrier holiday house? Nope. It never crossed his mind.

Although Medlands Beach natives immediately dubbed this little building ‘The Toblerone’, its triangular form in fact takes inspiration from a harbour marker. That makes sense in two ways: the owners are a long-time boating family; and its position on the beach could be construed as a maritime beacon.

This idea was one Rich Naish formulated on his first site visit. He flew in low over the dunes, then spent the day absorbing the lay of the land and wandering the beach (interrupted only by a lunchtime stop at the famous-in-these-parts burger caravan). “I could see his mind fizzing,” says one of the owners.

For his part, Naish was fascinated by the great, undulating, grassy foredune. “Even though this is essentially a waterfront property, that dune blocks any view from ground level,” he explains. “And it sets up a strange relationship with the houses from the beach: you just see rooftops at most.”

A navigation signal became the key notion then, but the shape was also influenced by the fale and alludes to our place in the South Pacific (although locals are quite within their rights to interpret it as a nod to the Northern Hemisphere Alps). Conceptual references are all very well, but how would the reality of a two-storey form – a triangle posed on top of a rectangular plinth – go down with the owners? “To be honest, we expected more of square box,” says one. “And I hate A-frames.” Not boding well… yet they trusted Naish, and had worked with him before, so his vision was immediately contagious. “I could see it and thought, ‘oh my lord, so cool’,” says one of the owners. They signed up for the bold move.

At 110 square metres, the dwelling is compact but fighting fit for purpose. Its linear footprint runs north-south on the slender section, reaching out in one direction to the ocean horizon and, in the other, to the bush-decked hillsides of the island interior. The site also slopes rather steeply away from the road, which allowed the opportunity to float the main body of the house above the ground, creating a natural storage area below. Cue boat parking and a place to tinker.

Living is at street level with an interior that, at its centre, opens to the cathedral void of that A-pex. From here, a pair of stairways lead up – one front, one back – to the main suite at the seaward end, and two bunkrooms on the south, akin to cabins on a boat. They occupy the liveable volume as simple insertions, leaving the steep structure that is both roof and walls as the dominant architectural force. At night, LED strips illuminate the pitch to emphasise the vertical and white sarked ceilings have a nautical nuance. 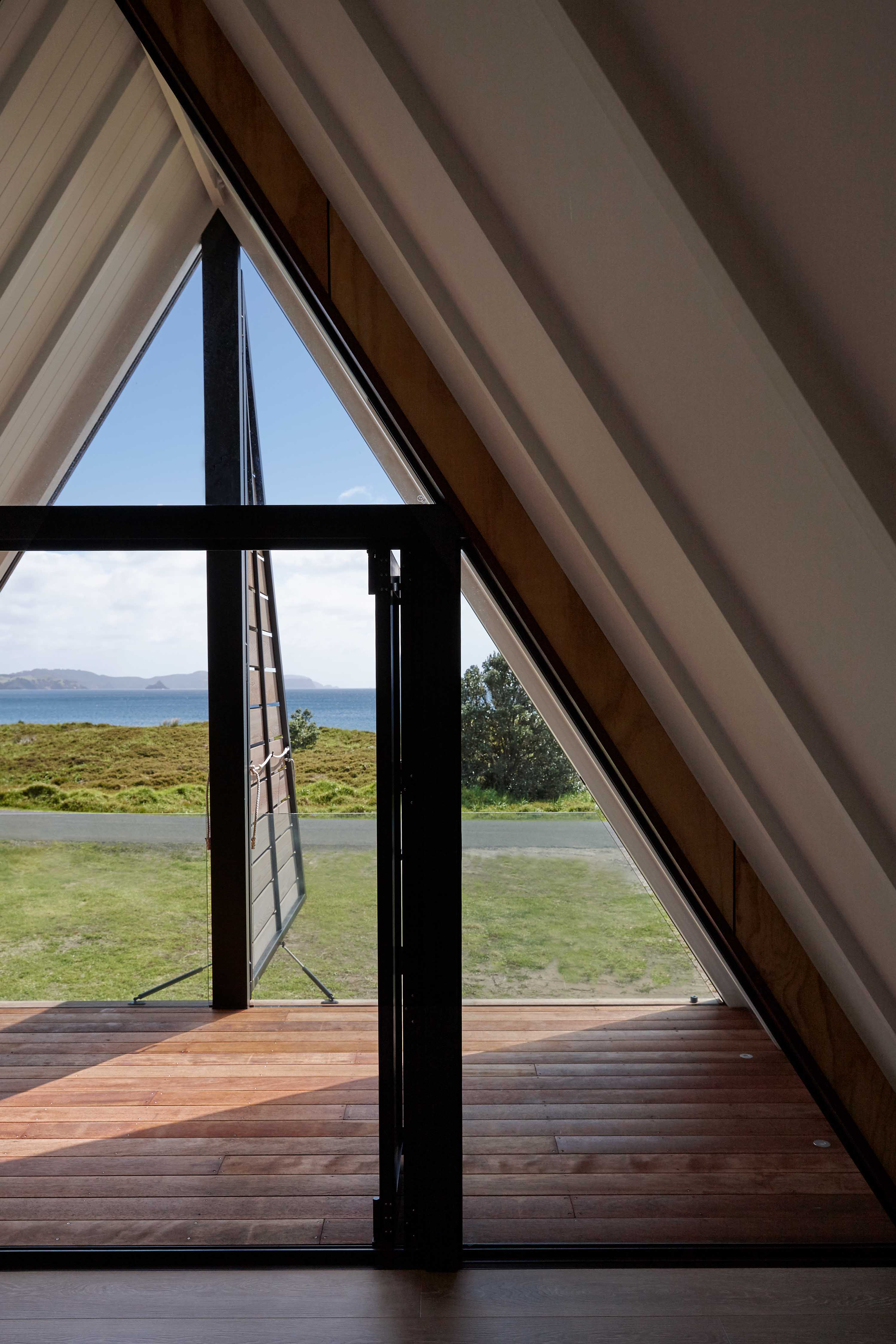 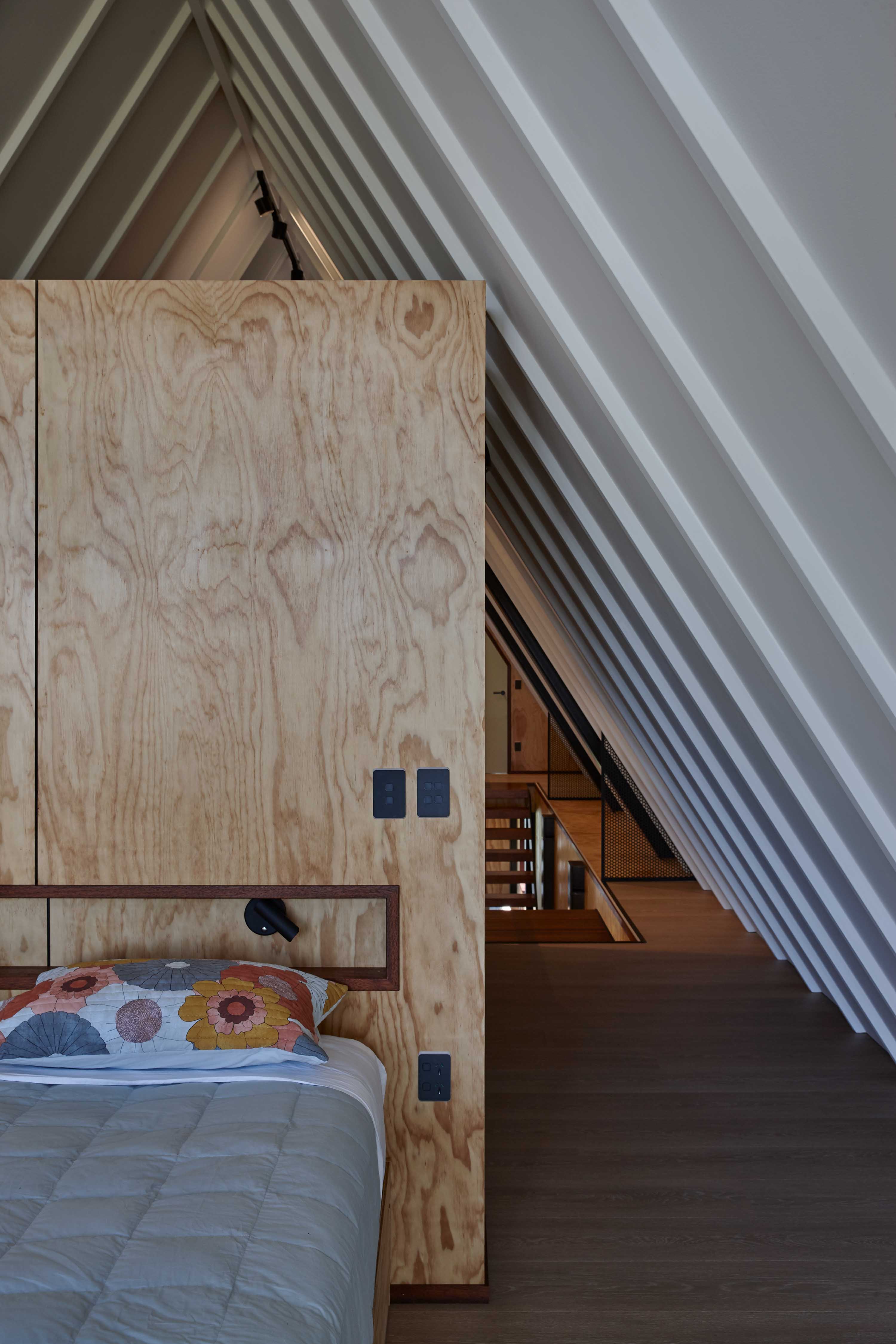 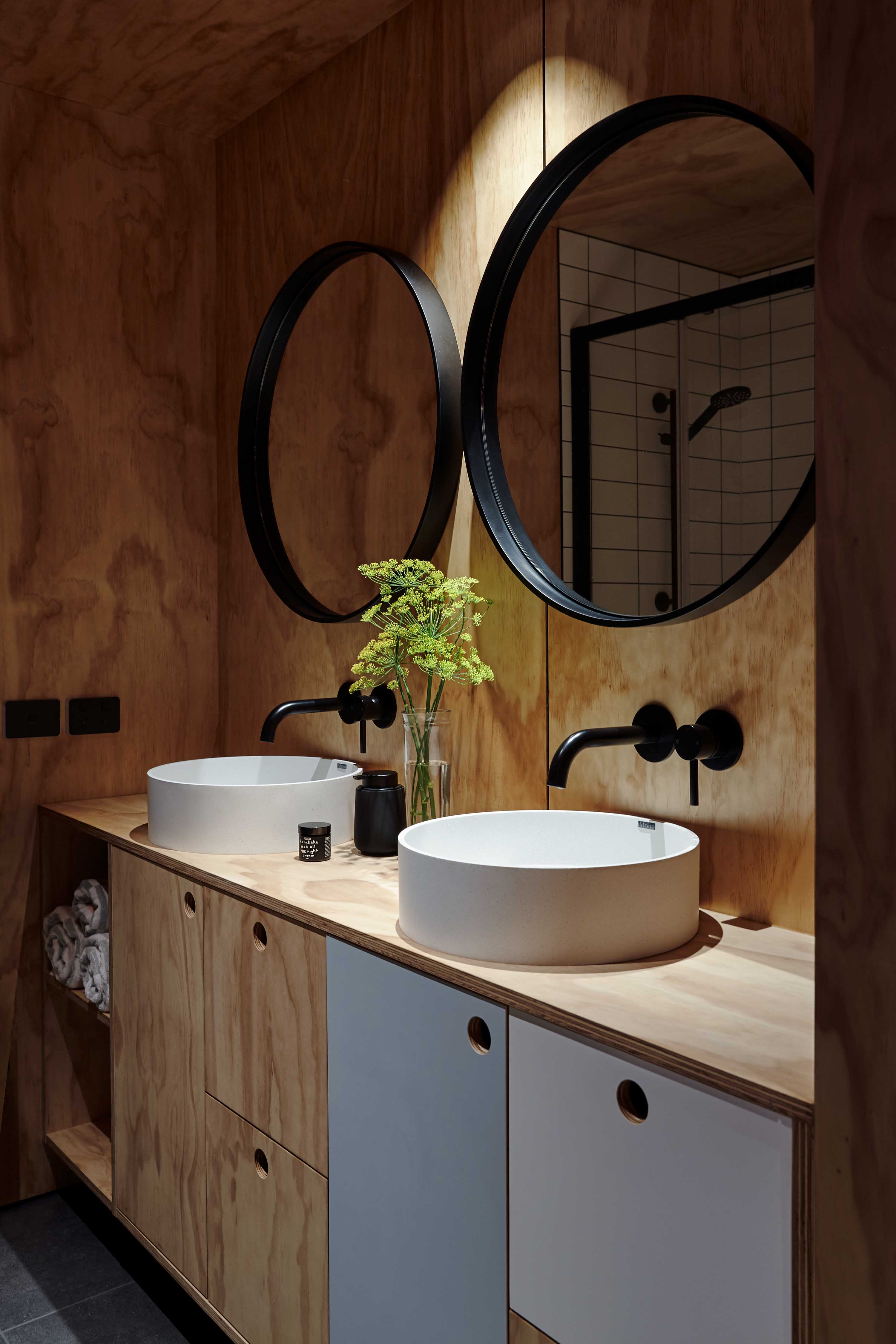 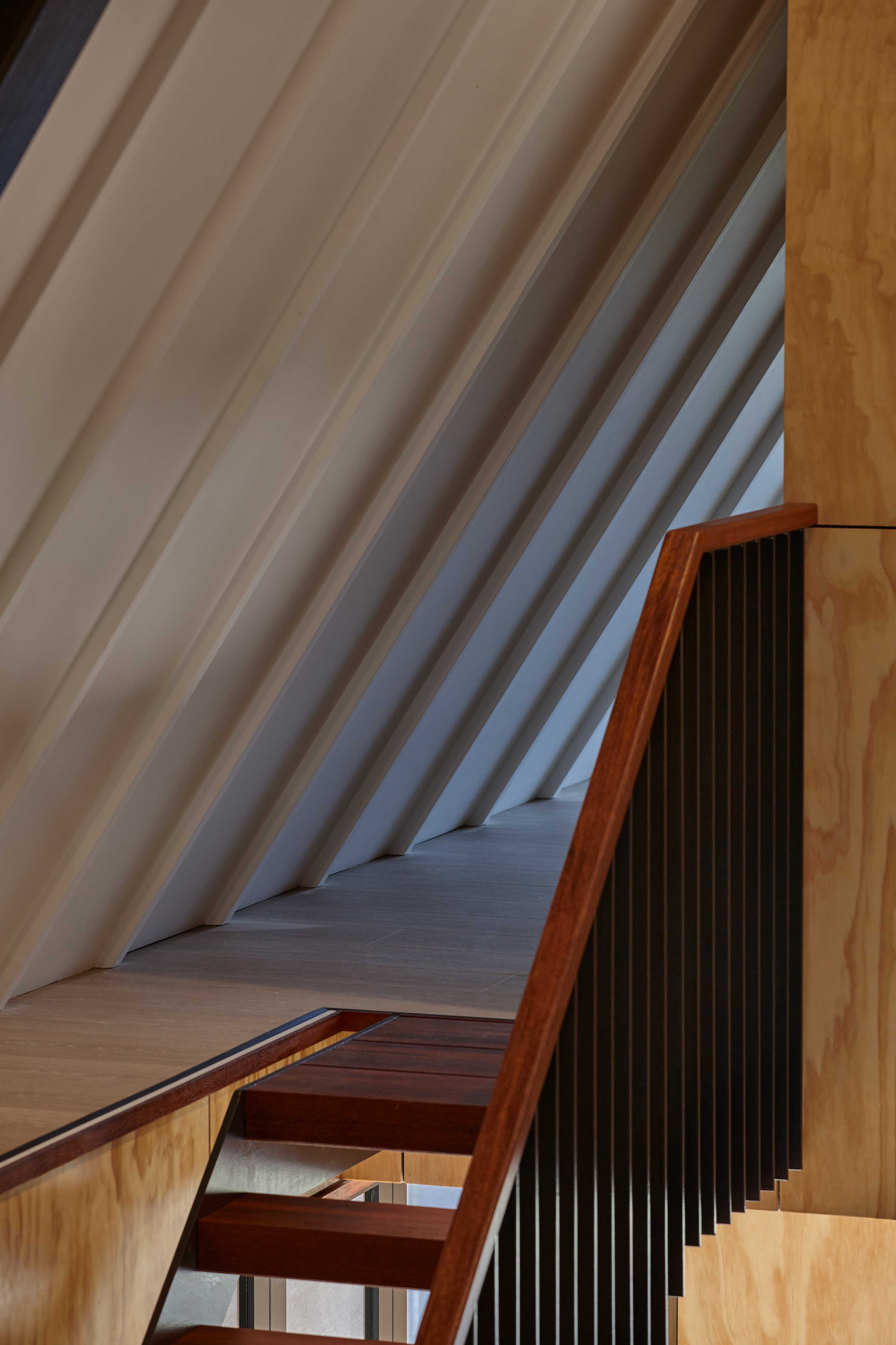 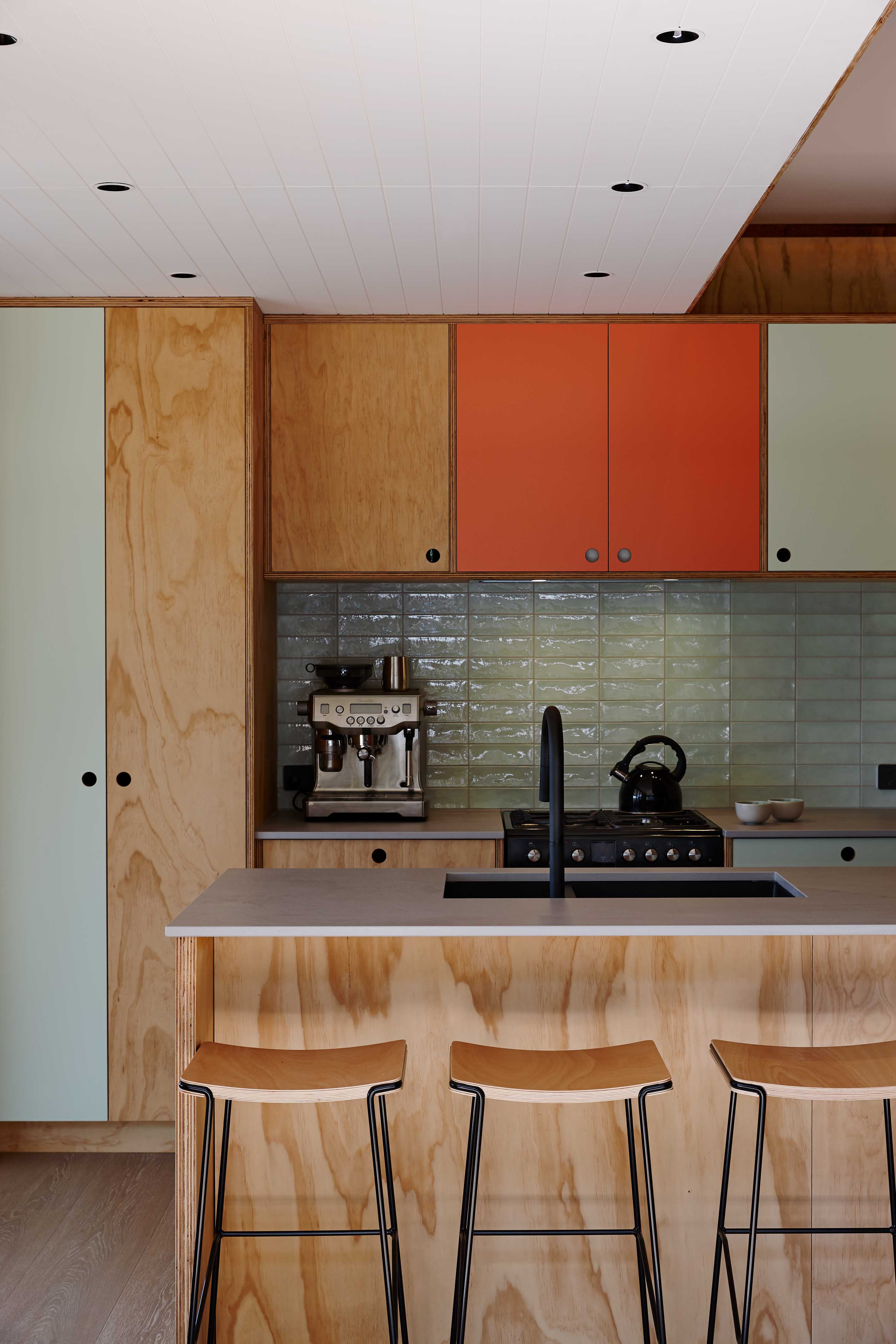 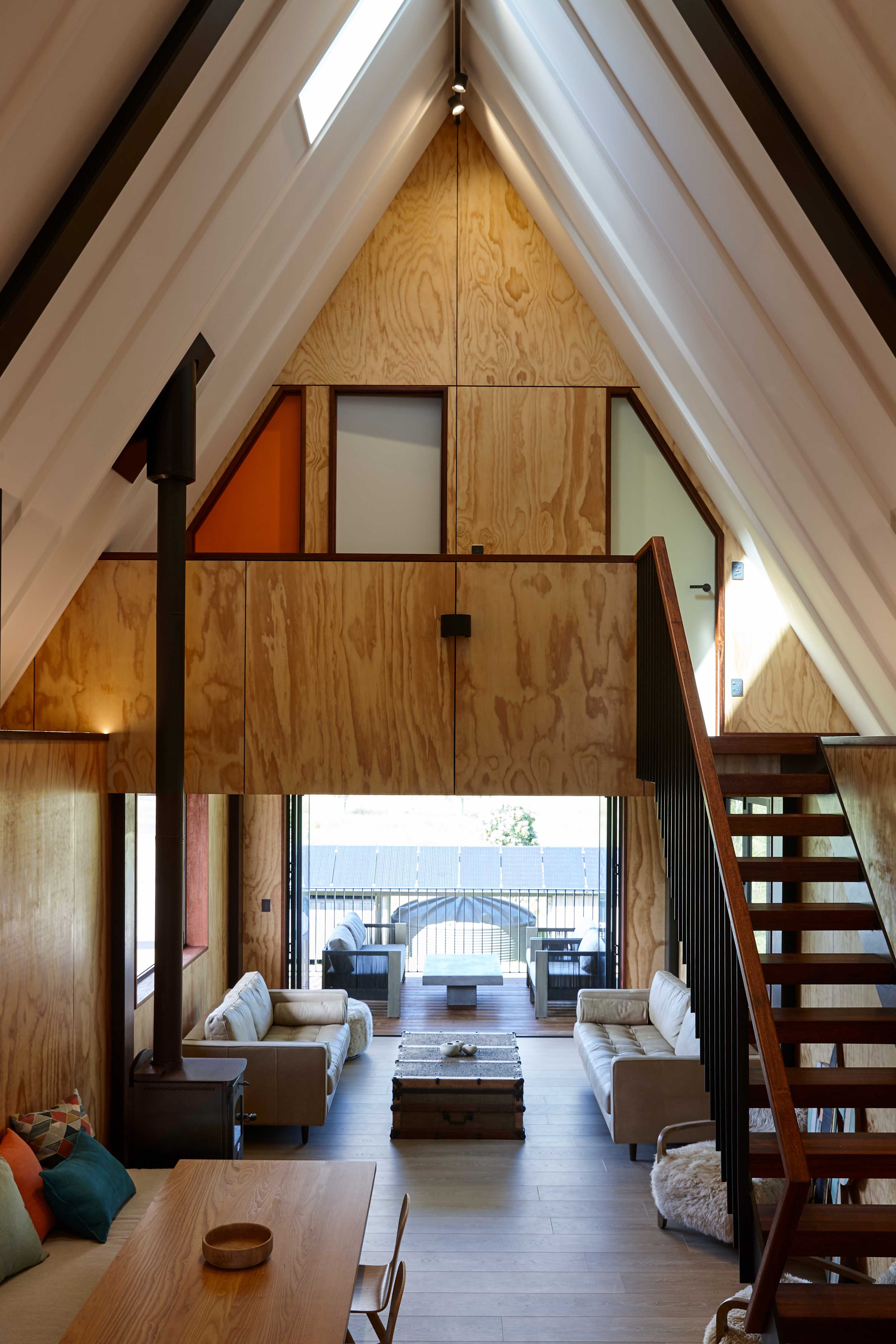 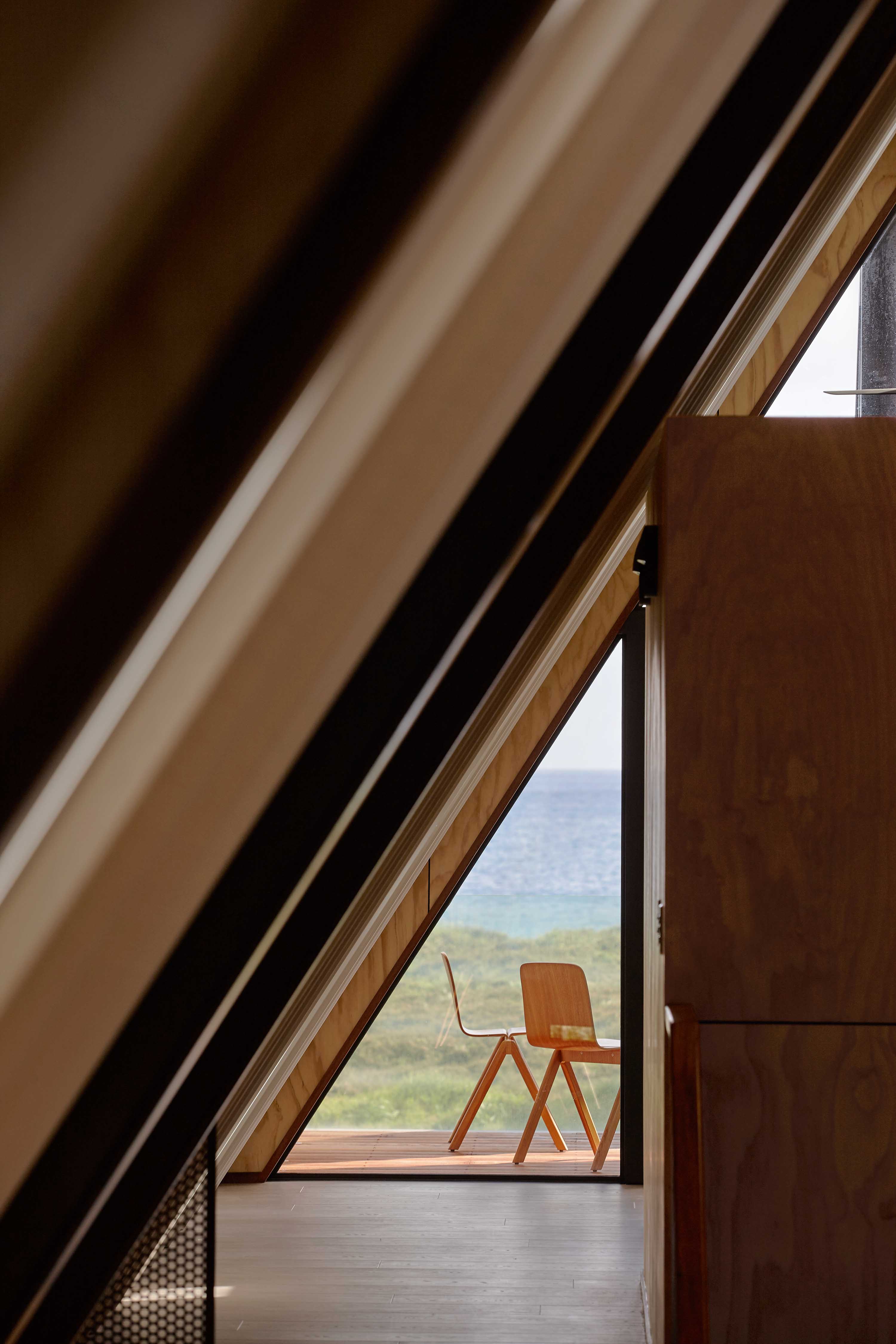 The owners’ daughter, architect Kristin Everett, who was employed at RTA Studio at the time, was instrumental in draughting up the plans and crafting the type of interiors she knew her parents wanted. Laidback. Basic. No pretensions.

Plywood is a main player, with steel elements in the structure and stairwells offering an industrial support act. Doors on the kitchen cabinetry are painted in colours reminiscent of old Formica and the bathrooms (both upstairs) are timber boxes, simple in form but sublime in function.

Summer is the preferred partner for any holiday house and decks on all levels put the emphasis on connecting with the surrounding terrain and beachside community. One off the master bedroom allows for awakenings with a glimpse of the waves while another to the rear off the living zone hovers out over the grass and is sheltered by the floor above. A third deck wraps around the western corner for evening meals cooked on the barbie, in view of those who stroll by.

Screens that slide across this area and the downstairs living, along with triangular shutters upstairs, provide shelter from wind and privacy when needed. Stained grey, they tie in with the tone of the profile metal roof and cedar cladding, robust materials chosen to withstand the harsh coastal environment. “There was a lot of conversation around the exterior colours,” says Naish. “The house was potentially going to be pure white, but we made a joint decision to wind that back.” Instead, the dwelling - the colour of sand and dusky hills – can deliquesce into the landscape.

When local builder Johnny Scott finished up in mid-winter this year, he declared the home, with its steel structure on a floated-concrete raft, invincible to earthquakes and tsunami risk. And while the family has yet to enjoy a long, hot summer in residence, they envisage many indolent days that start with a stooge out in the boat and end with a gathering. “With no mains’ power, it’s back to basics,” says one of the owners. “I like the idea that we can stock up the freezer at the beginning of the season, have our clothes here and just scarper off from Auckland with the dog and a bag.”

Best part is, though, the house that got the locals talking is now an accepted part of the built environment. “They either like it or they love it,” says one of the owners. “We often get asked if they can come in and have a look around.” 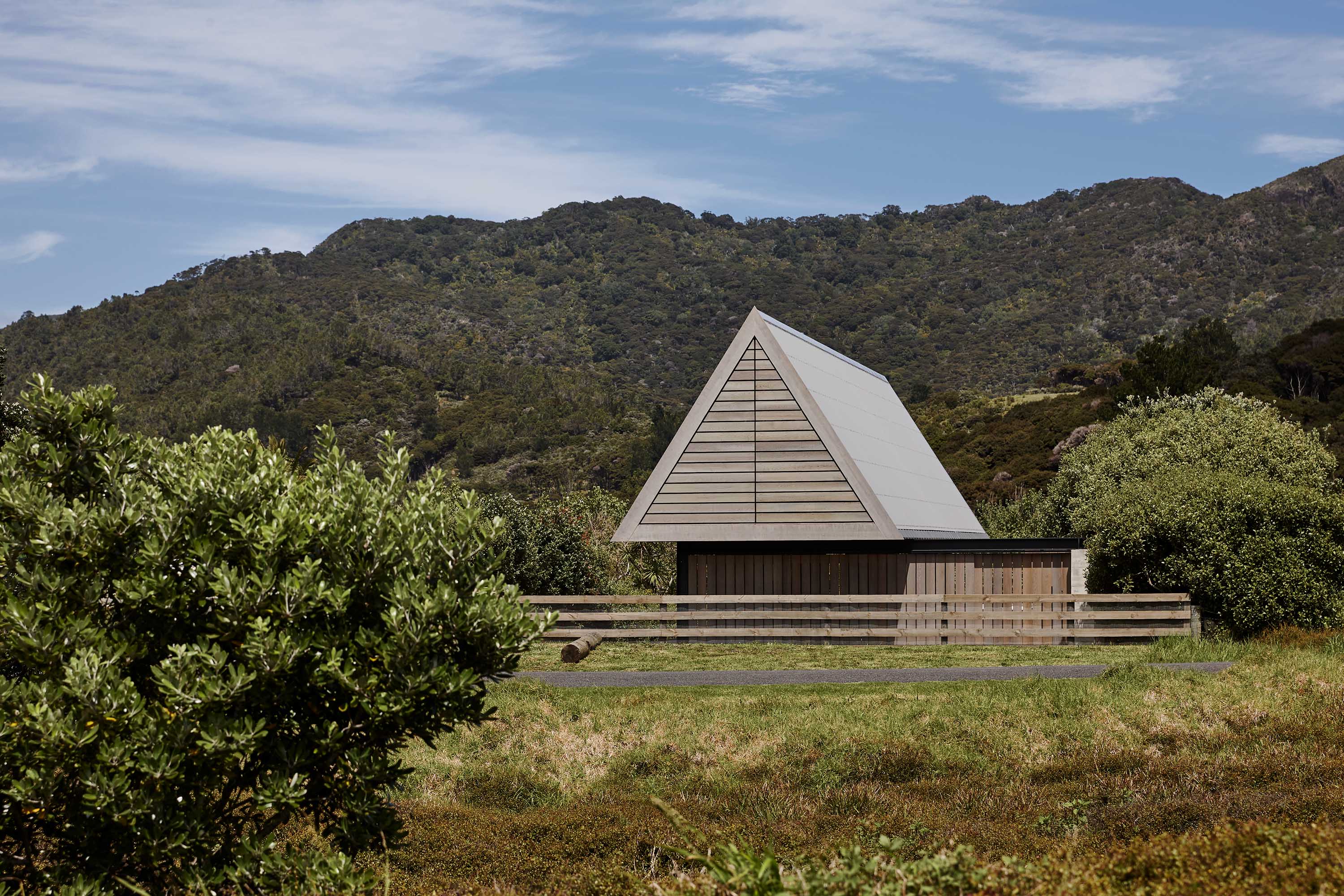 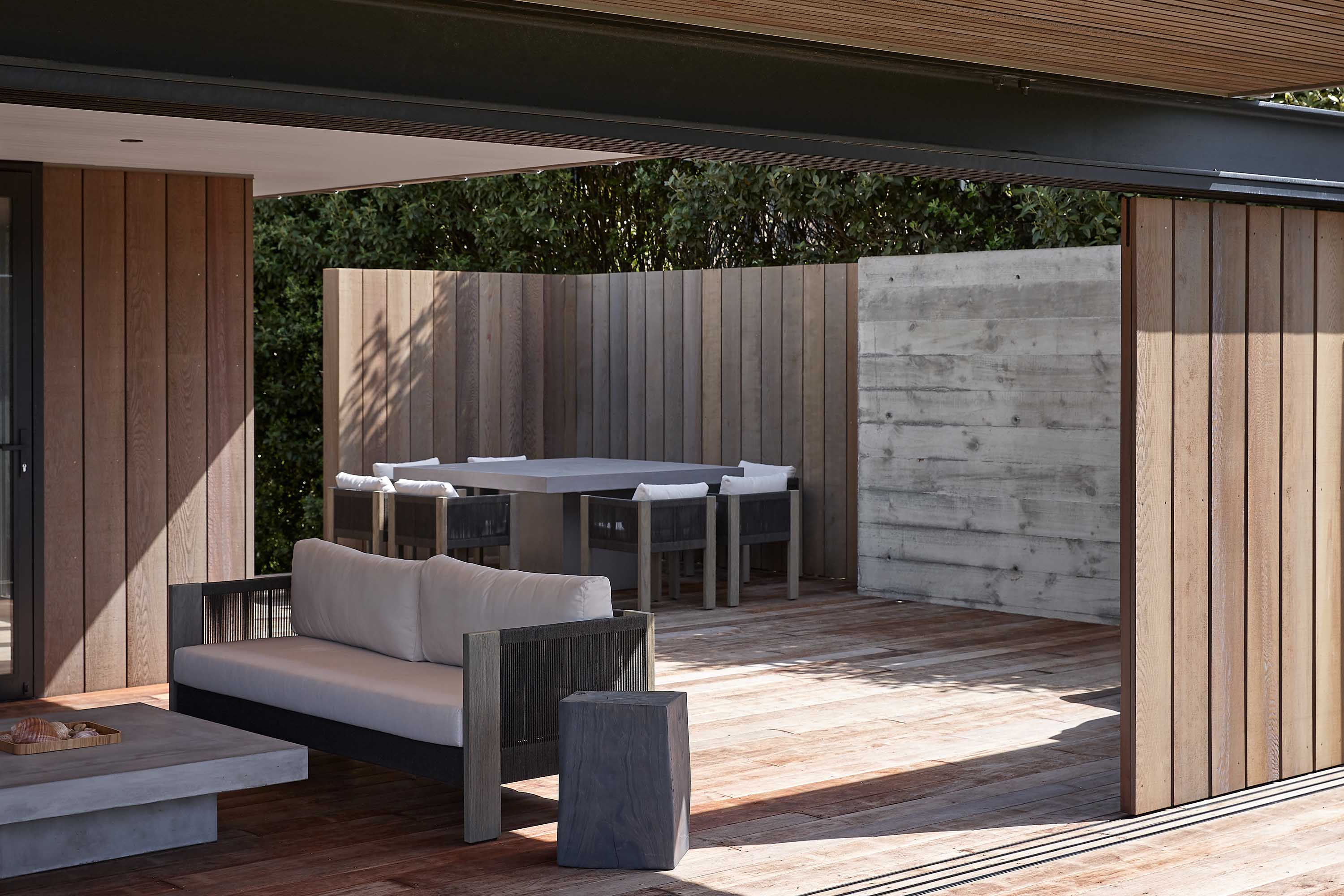 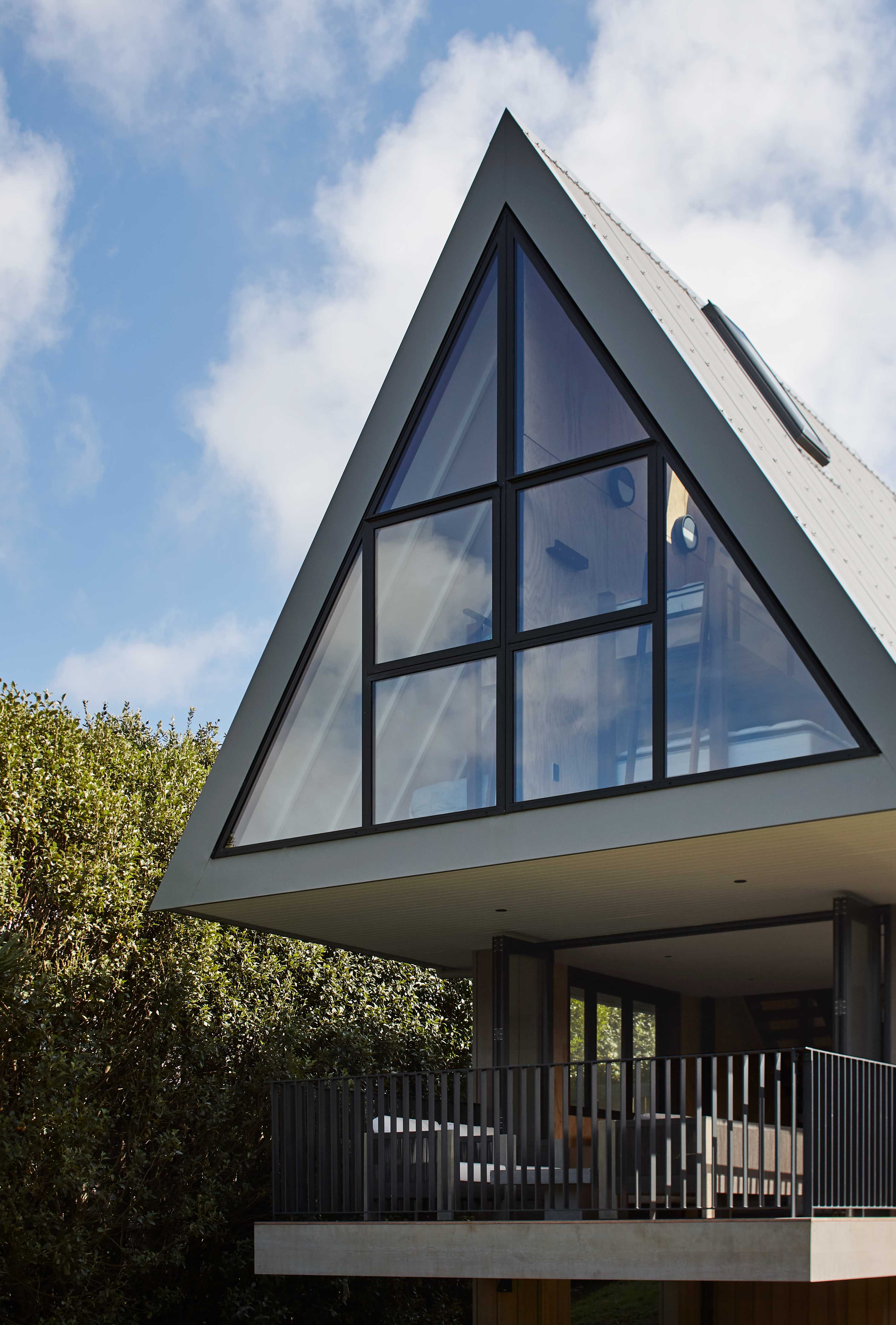 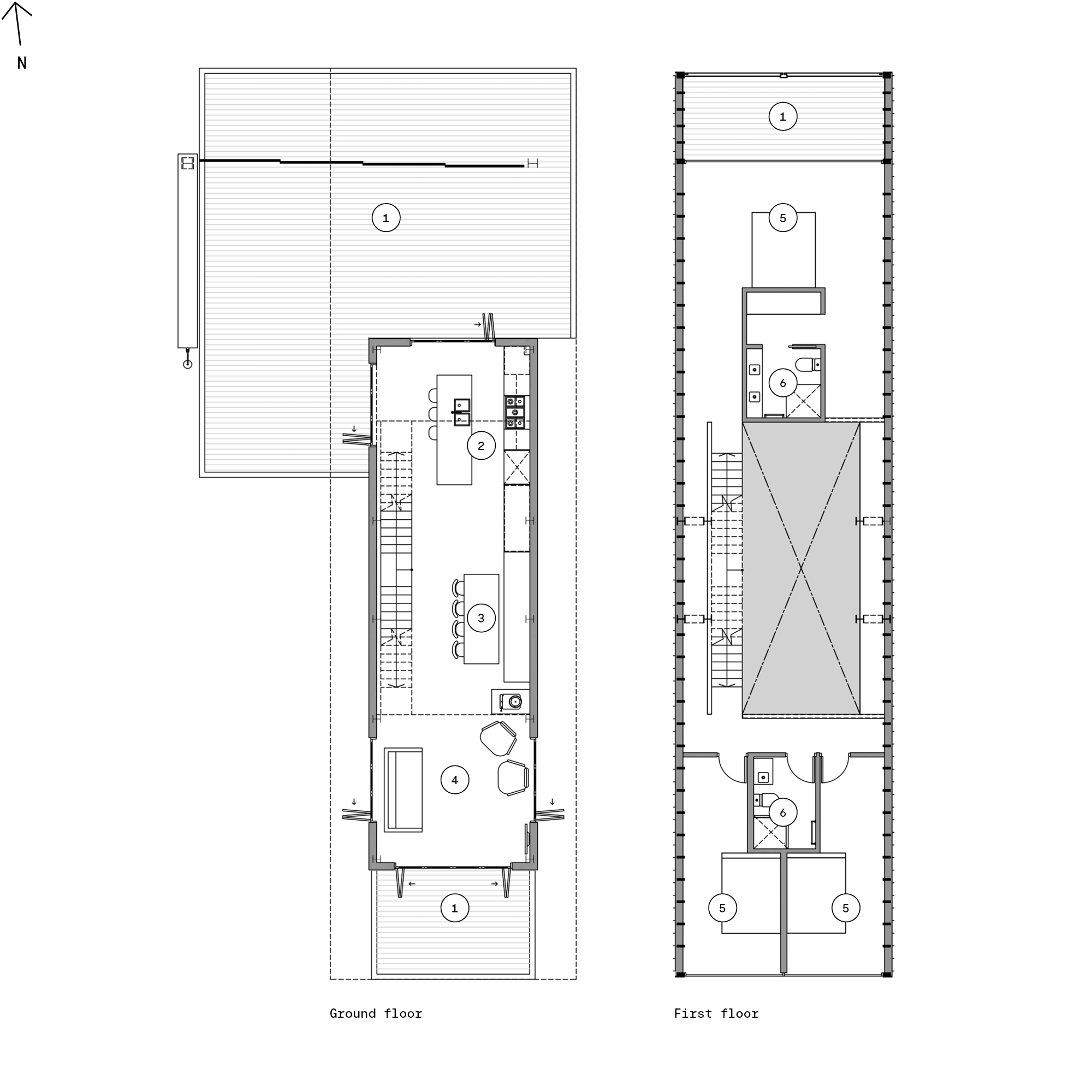