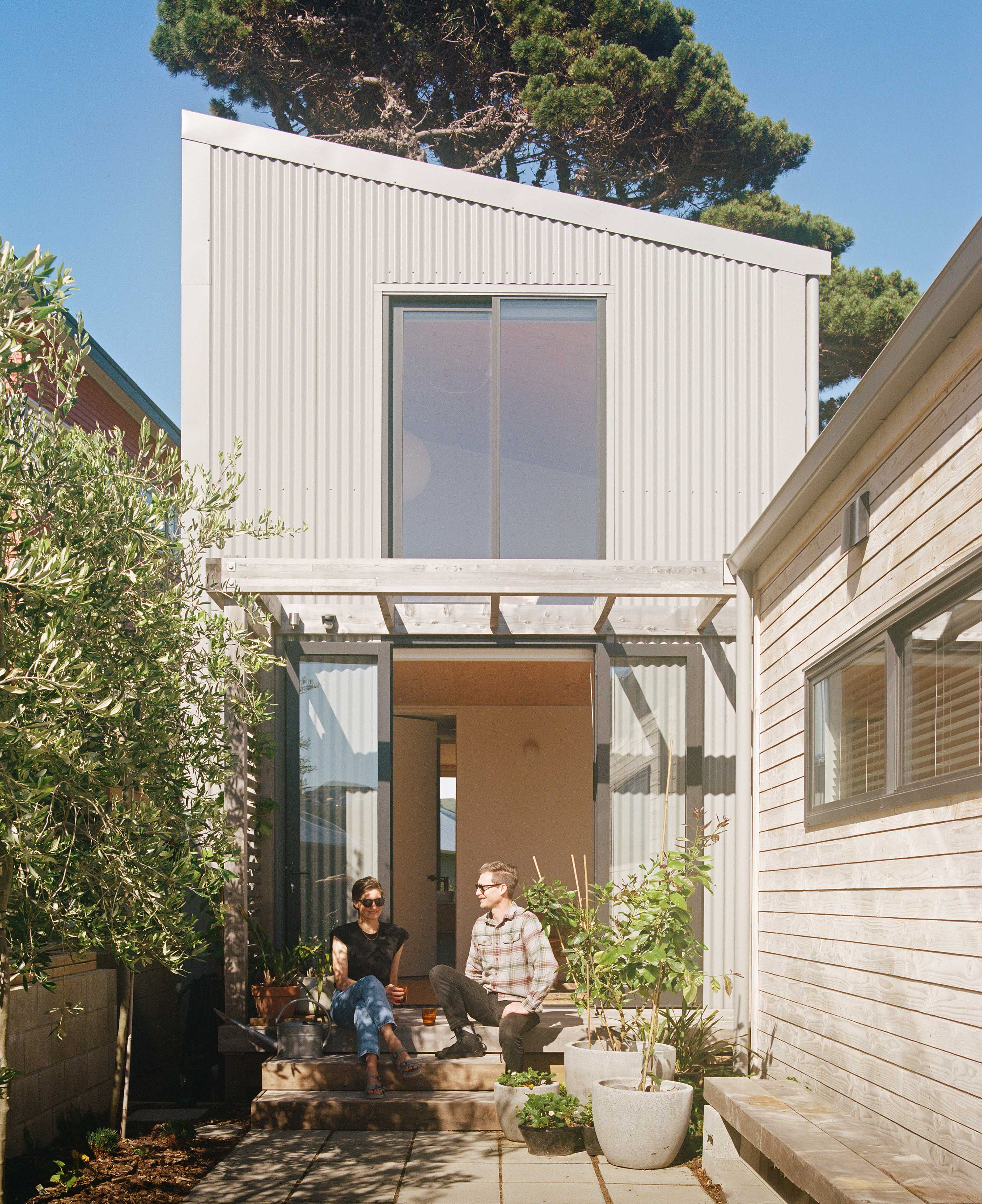 This part of Te Whanganui-a-Tara Wellington is one of the city’s interesting little pockets. From the South Coast beach that looks out onto Taputeranga Island, made famous in Rita Angus’ painting Boats, Island Bay, you turn onto a series of streets narrow even by Wellington standards. From these streets, others run off at steep gradients – again, steep even by Wellington standards. Some villas still stand on their original undivided sections, with something close to original paint colours. You turn sharply onto one of these streets, and as you wind your way up, the full scale of the South Coast view hits you on the left: nothing but ocean between you and Antarctica. Houses on that side of the street get those rugged, wind-like-nothing-else, clean-the-salt-spray-off-your-windows views; houses on the right get the grass, villas and all-day sun.

Into this mix, architects have had a good go. Near the top of the street is a large, rugged zinc-clad home by Tennent-Brown Architects that staunchly faces into the southerly gales. More recently, Lo’CA designed what they described as a “deconstructed sculptural state house” that sits kite-shaped on a corner section.

And now Beth Cameron and Jae Warrander of Makers of Architecture have put three homes on a site that once housed a tiny 1950s prefabricated, asbestos-afflicted house, one of four in a row (the middle two still stand). The couple, who co-lead Makers, bought the house and land in 2016 after a lengthy search. They subdivided the sloping section and sold the top part with house plans they’d designed. This allowed them to build their own home, plus a 40-square-metre studio apartment dubbed The Tower, on the lower part of the section, before overseeing construction of the house at the top, which is the largest of the three dwellings. Most importantly, this process allowed an arrangement of the buildings that, as Beth puts it, “creates a sense of community while maintaining privacy”.

To get to the architects’ home, you descend a flight of steps that shift and wrap around The Tower, leading to an entrance lane axis that connects The Tower and house and delivers you to the front door. Entering, you’re thrown into a large open-plan space: kitchen and dining at right, living area at left with stairs that lead down to the two bedrooms, laundry and bathrooms. Wrapped around the kitchen-dining zone and lower-level bedroom and bathroom are decks with views of Island Bay Beach and across the valley to the houses beyond. 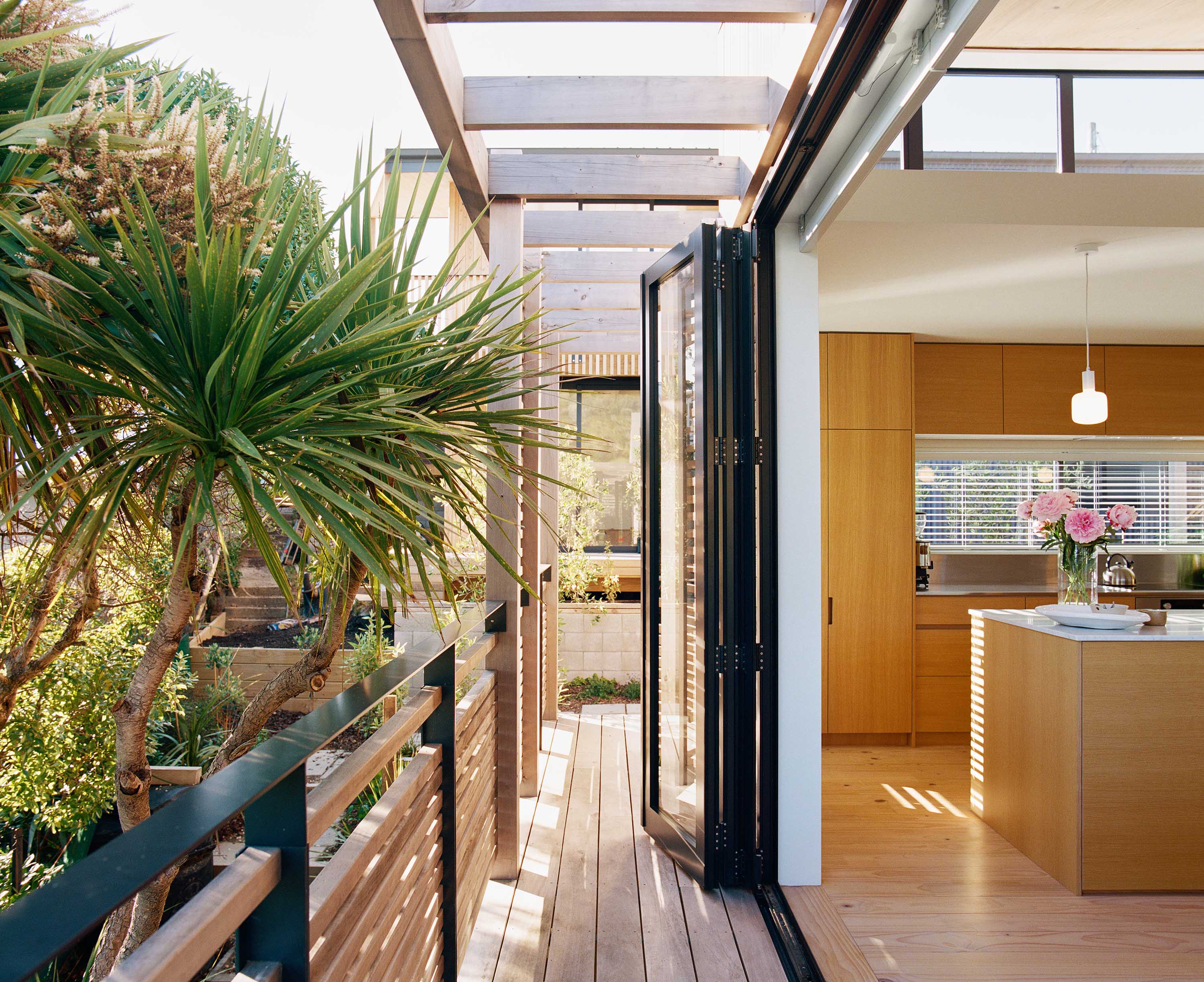 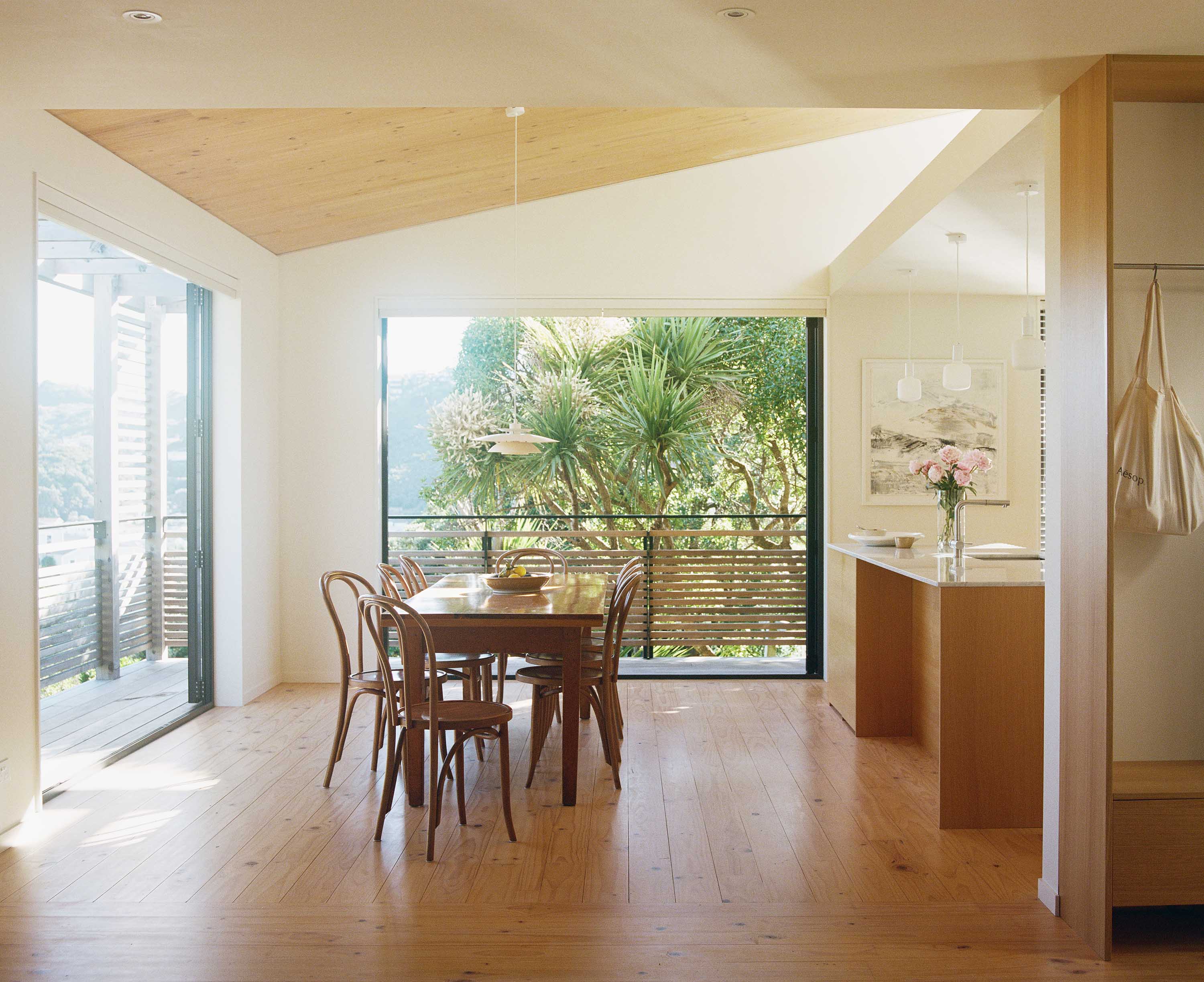 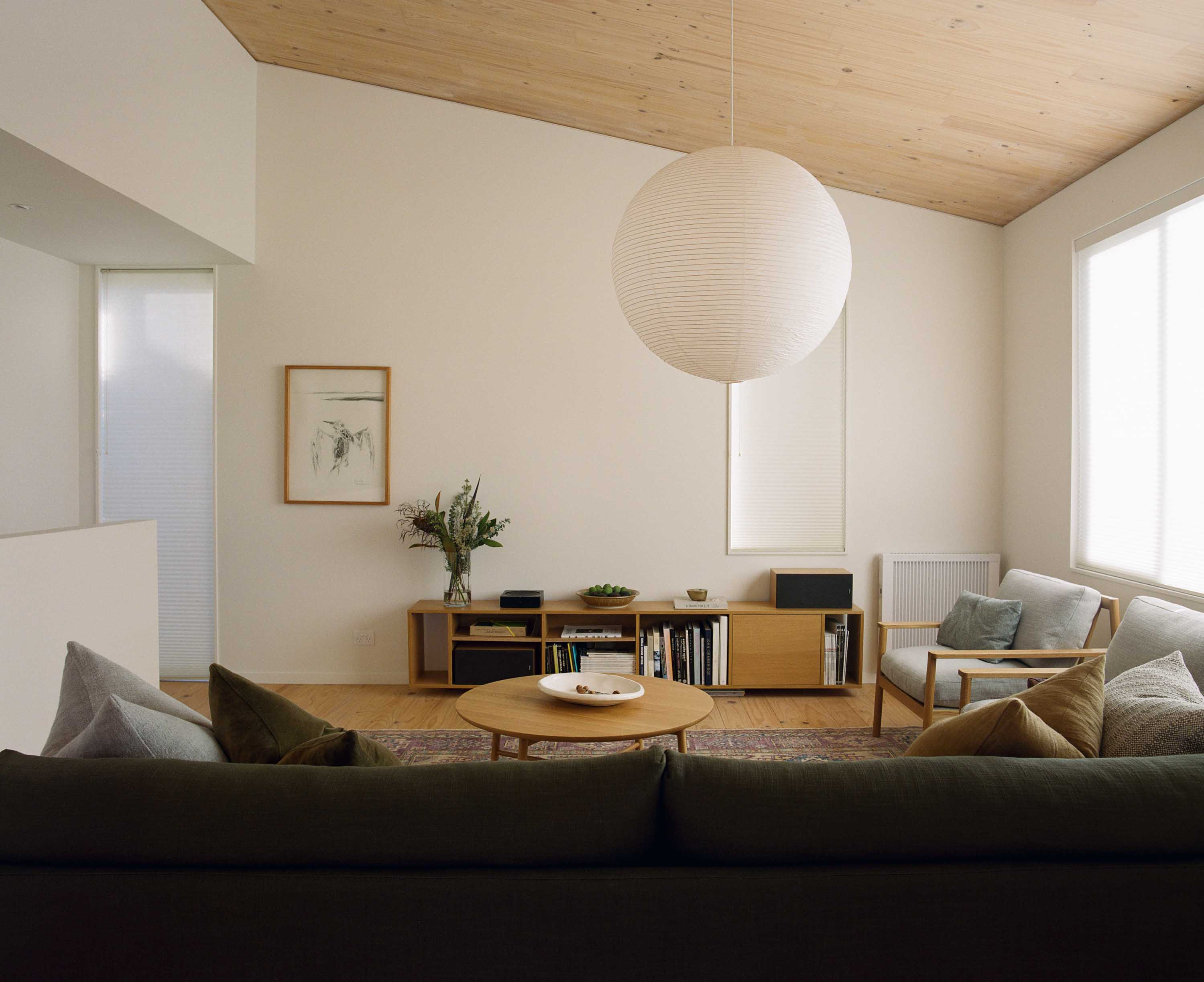 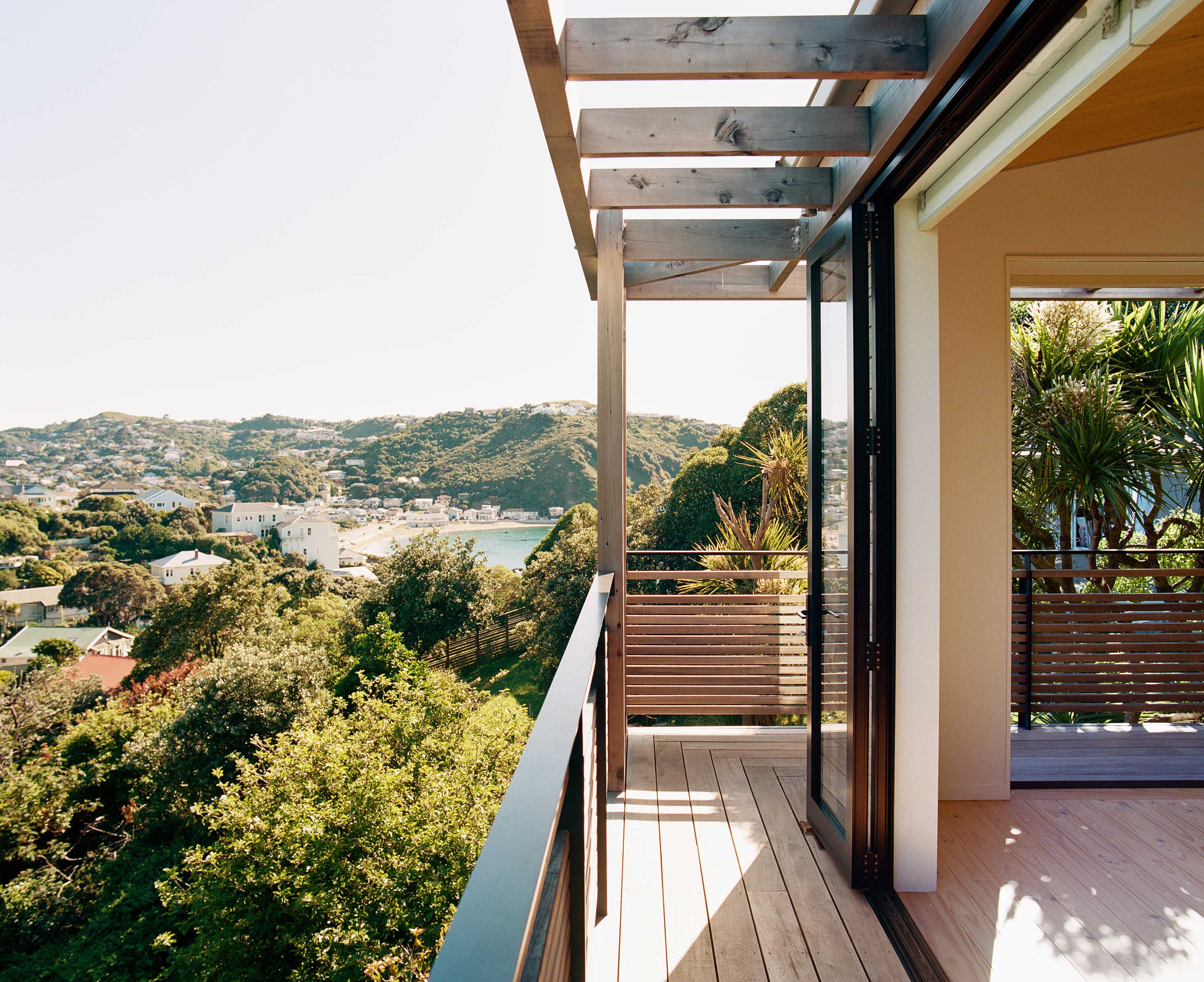 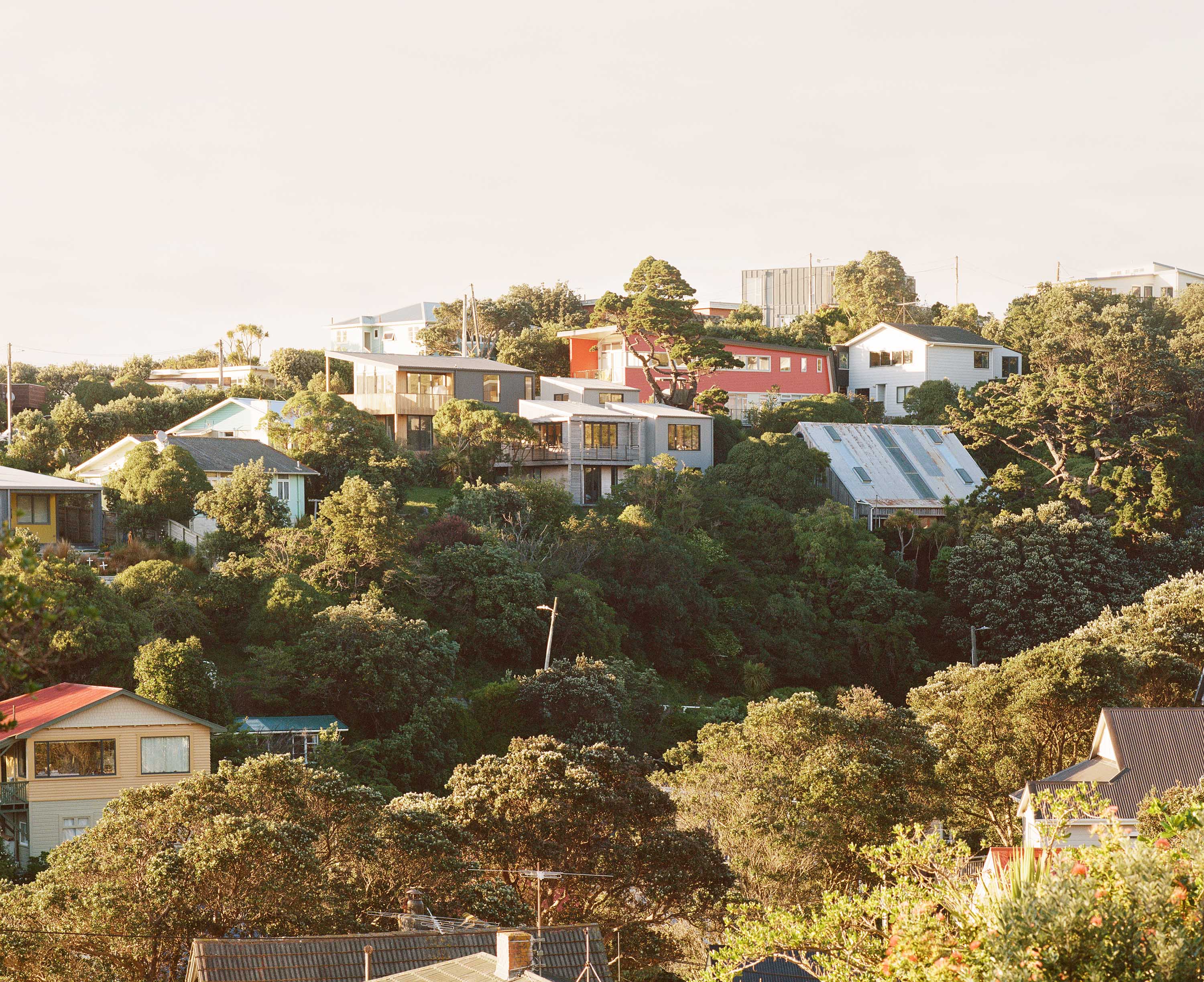 Cross-laminated timber (CLT) panels were used for both the structural floor and roof, and the architects left the inside-facing pine layer exposed. This gives the interior a softness and warmth that carries through the whole dwelling, enhanced by generous ceiling heights. But more importantly, CLT, in conjunction with prefabricated wall panels, allowed the structure of the house to be assembled on site in three days, and The Tower in two.

As for the decision to build The Tower – a two-storey structure with bedroom upstairs and kitchen, dining and bathroom down – Jae says, “We really wanted something flexible, that would suit us in different life circumstances. If we needed more space, we could occupy The Tower too. If something happened and we needed to downsize, we could live in The Tower and rent this out.” It’s a pragmatic approach that, for now, allows the space to be tenanted, contributing to the city’s housing supply instead of being just another spare bedroom. It’s a small space, but it is currently occupied so well as to inspire envy. To my mind, it’s like a Tokyo apartment, with a lovely beach down the road – the epitome of small-house living in Aotearoa.

The comparison with Japanese architecture doesn’t end there: the arrangement of the dwellings on the site makes one think of Ryue Nishizawa’s Moriyama House in Tokyo, a deconstructed housing complex that Andrew Barrie has described as “a miniaturised section of the city, the boxes separated by little lanes and courtyards”. It’s the space between the three dwellings that turns this small complex in Island Bay into its own miniaturised world, with both lanes and courtyards.

The arrangement of the buildings creates a fluid space that you’re forced to engage with, and which offers possible routes through a small community. When many of us have seen townhouse developments where common space is neither private nor public, a sort of no-one’s land that is perpetually unused, it’s refreshing here to find instead common space that is integral to the whole. “Density done well,” that hackneyed phrase, really requires as much attention to the unoccupied space between dwellings as to the dwellings themselves, as these three houses show.

Makers have stuck to their knitting since the beginning of their practice. The first house they designed, straight out of university, is a prefabricated small home for Jae’s parents that was so good it made the cover of Big House, Small House, a landmark book on contemporary New Zealand architecture. Here in Island Bay, the architects are still experimenting with the same ideas: how to create a sense of belonging and community; how to drive costs down through prefabrication and construction management; how to ensure buildings are primed for future possibilities; and how to use less energy. These three dwellings feel like a taster of what Makers will be able to accomplish when working on a larger scale. There’s a startup-like quality to what they do, of continuous improvement and use of new technologies, dedicated to so many of the ideas our cities desperately need more of. 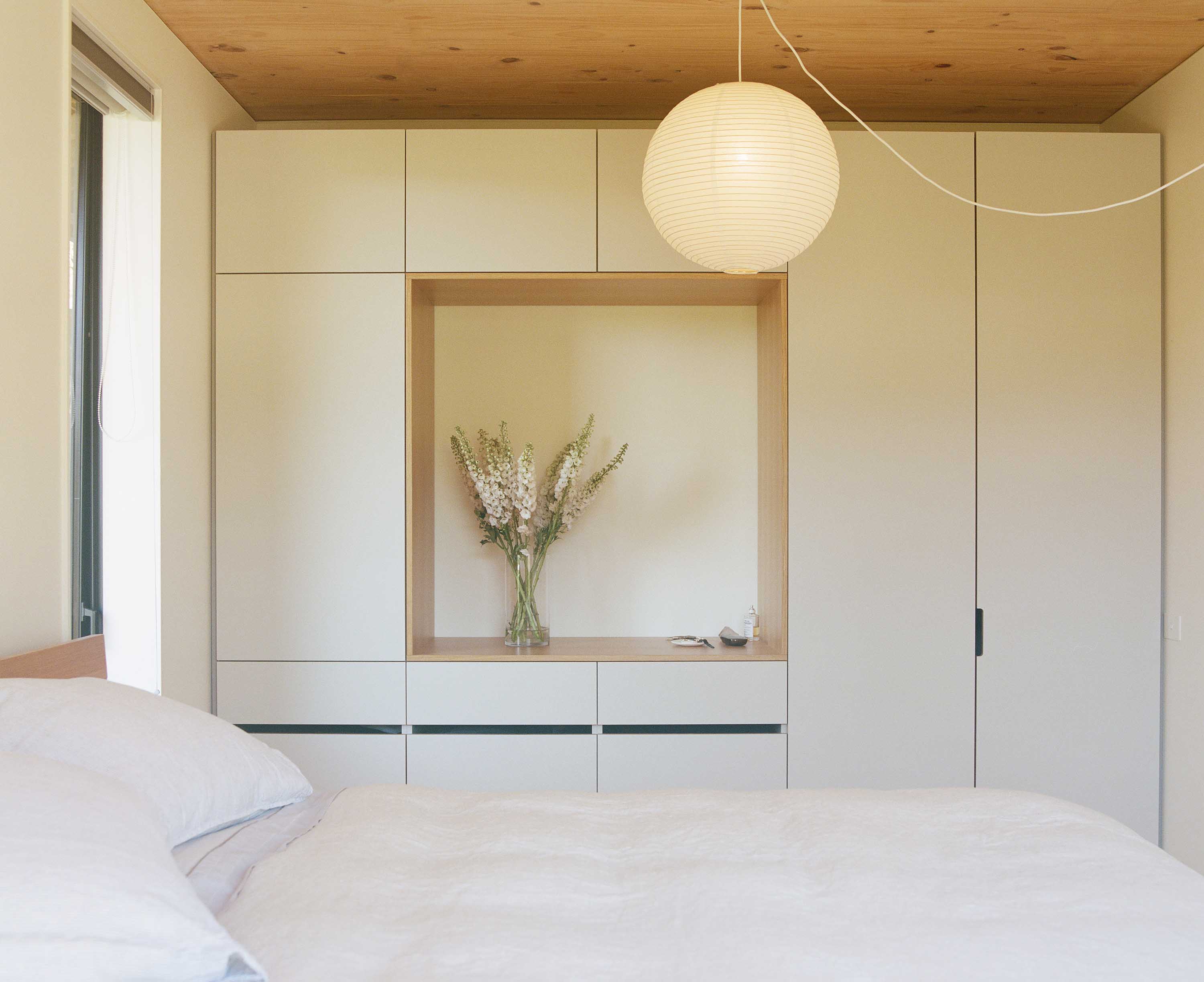 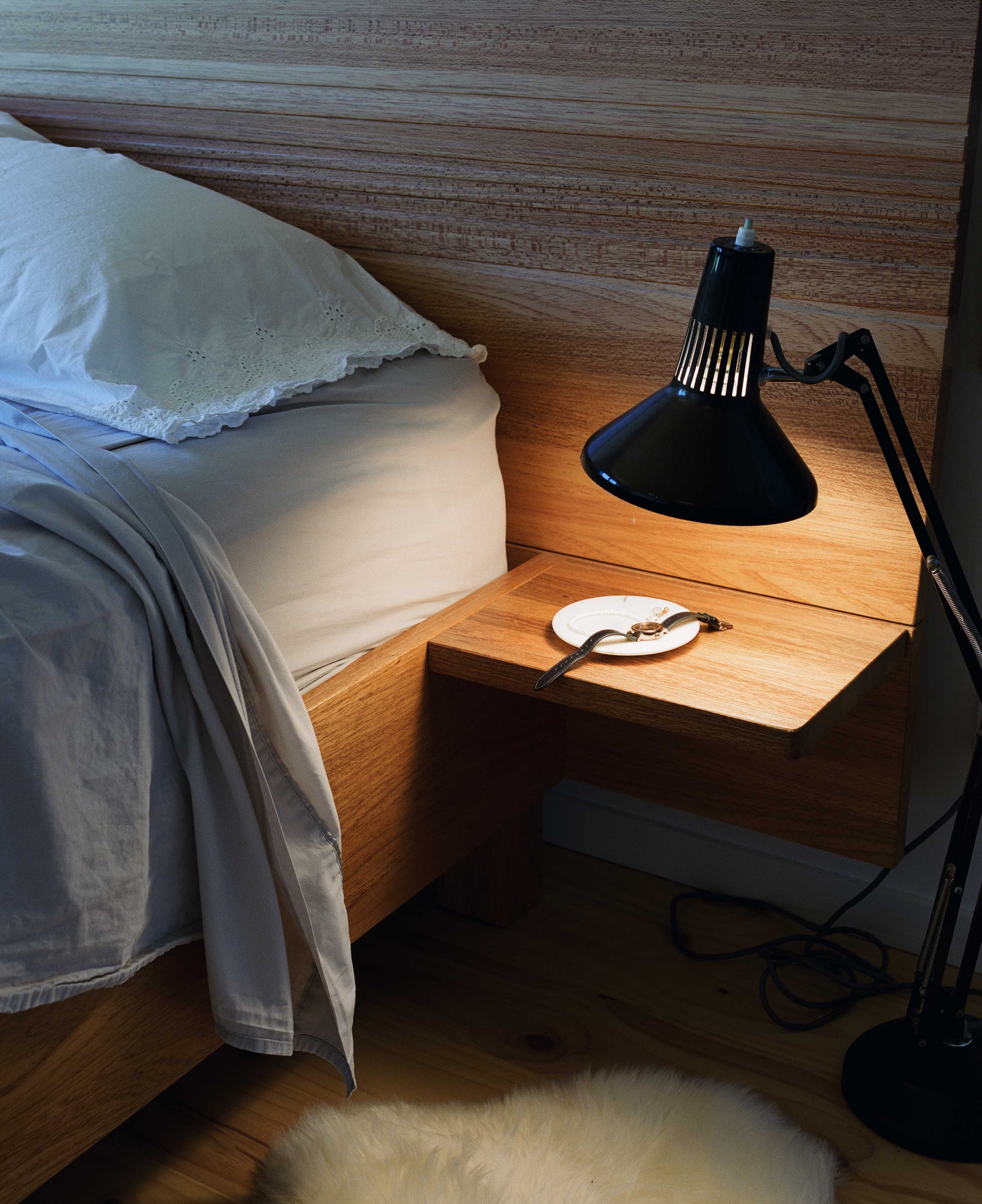 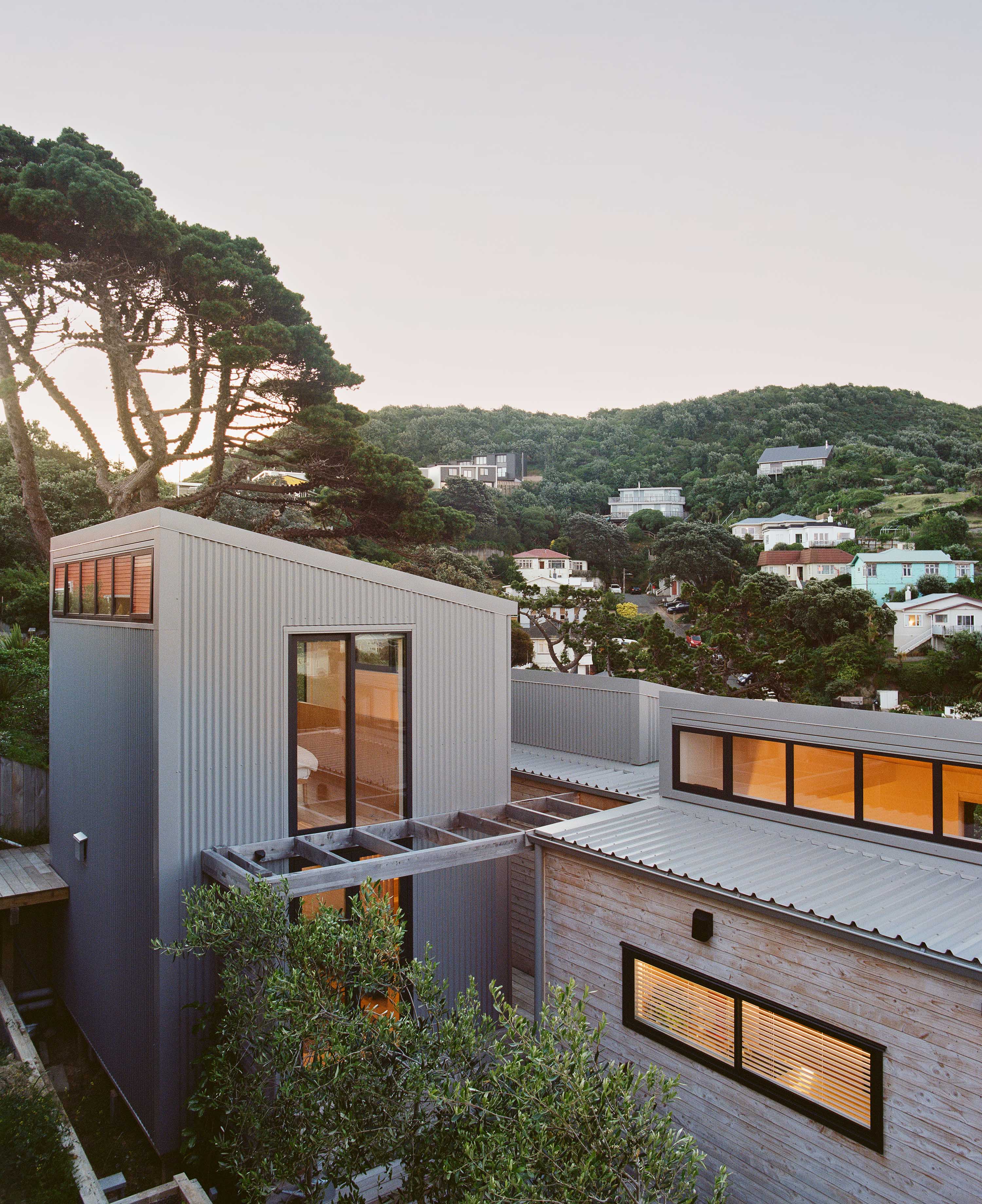 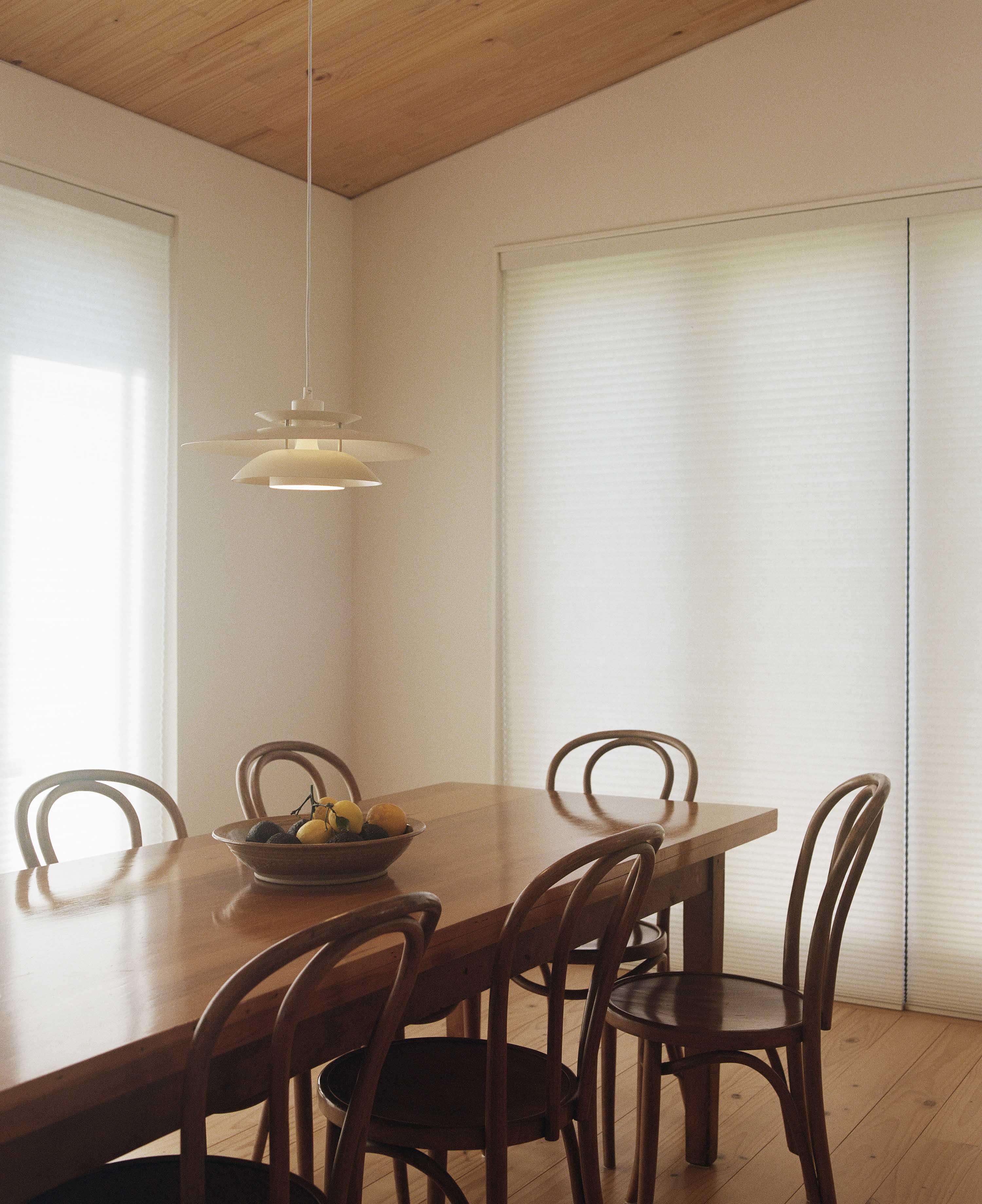 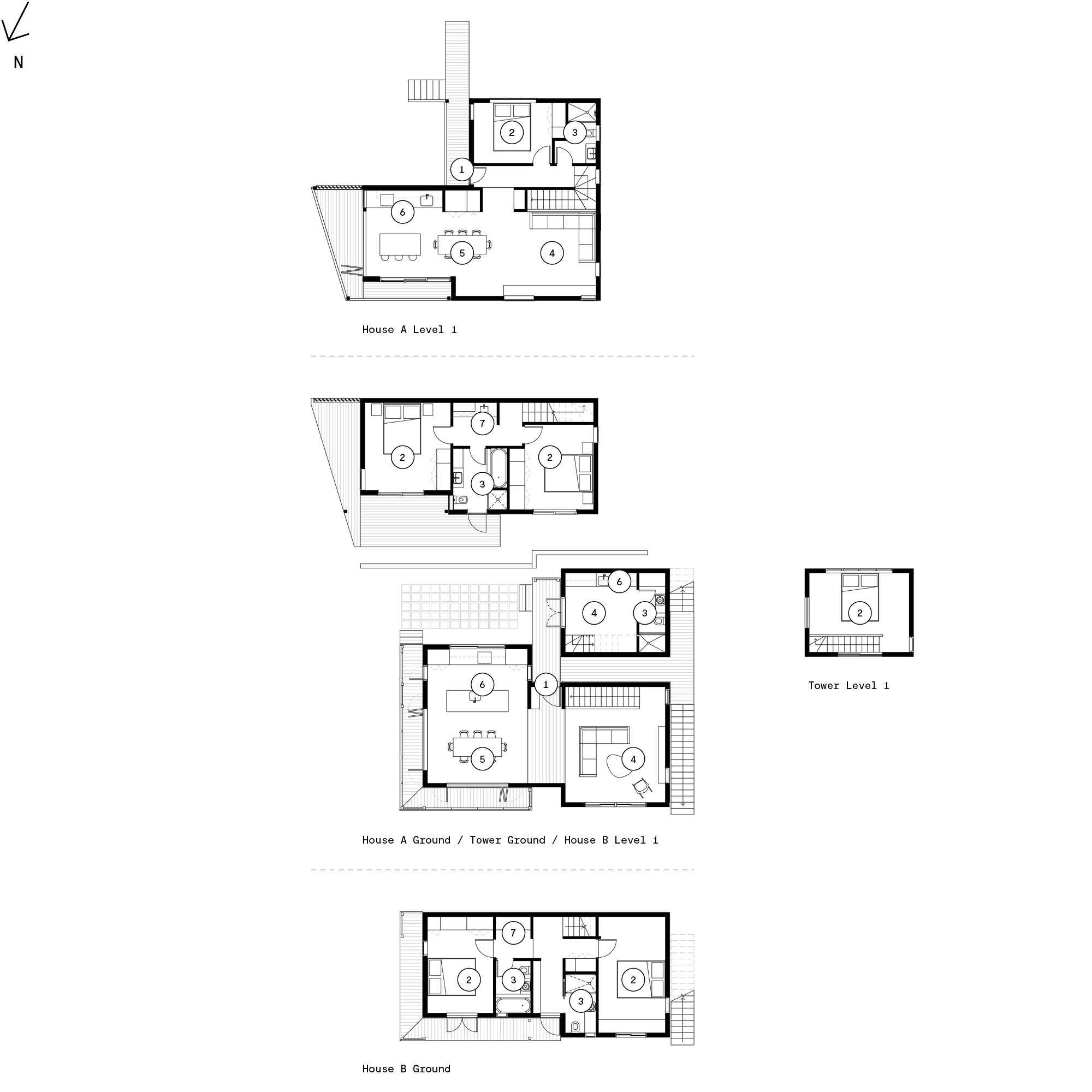