An 1870s cottage and a gentle modern extension by Anna-Marie Chin co-exist happily in a garden outside Arrowtown. 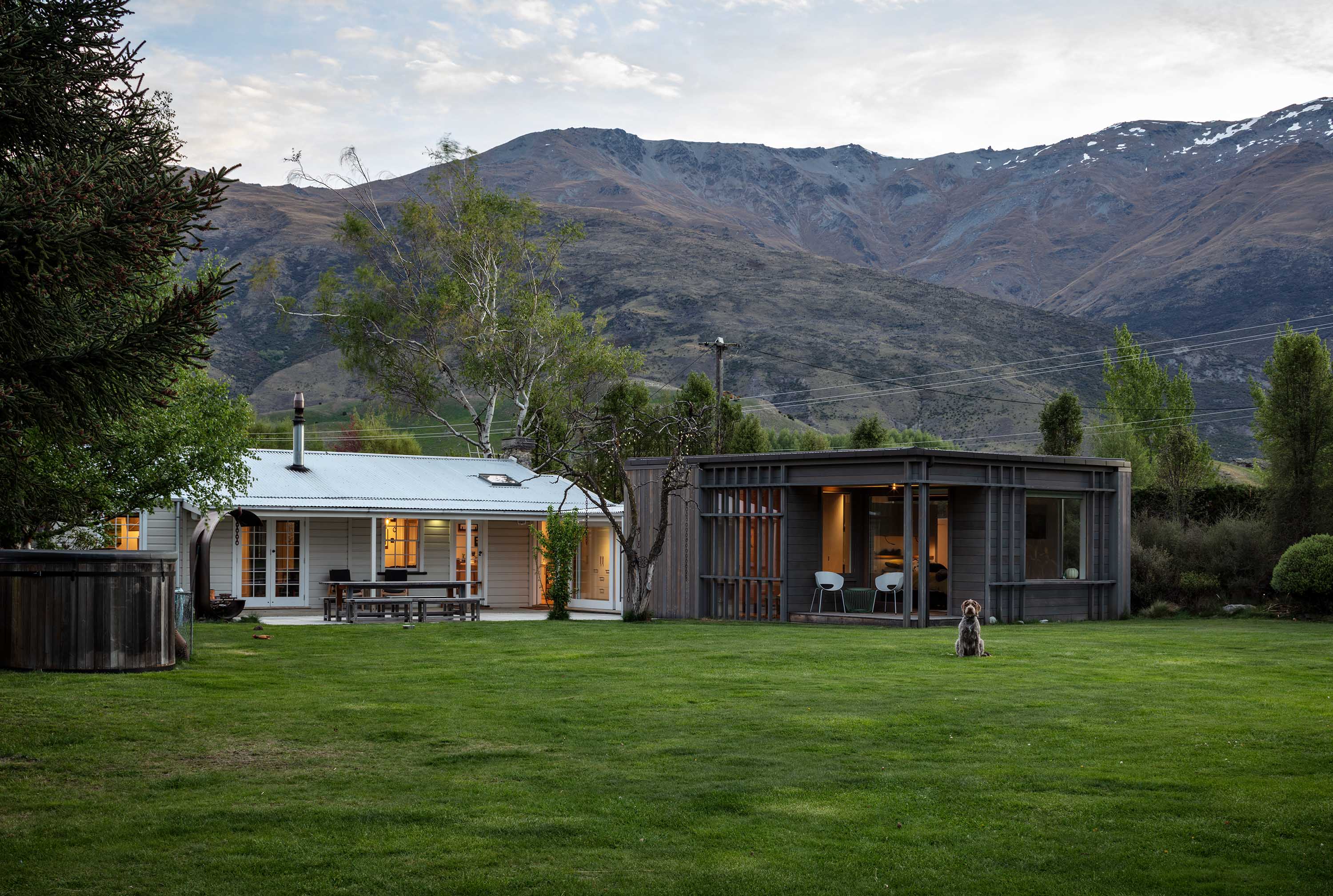 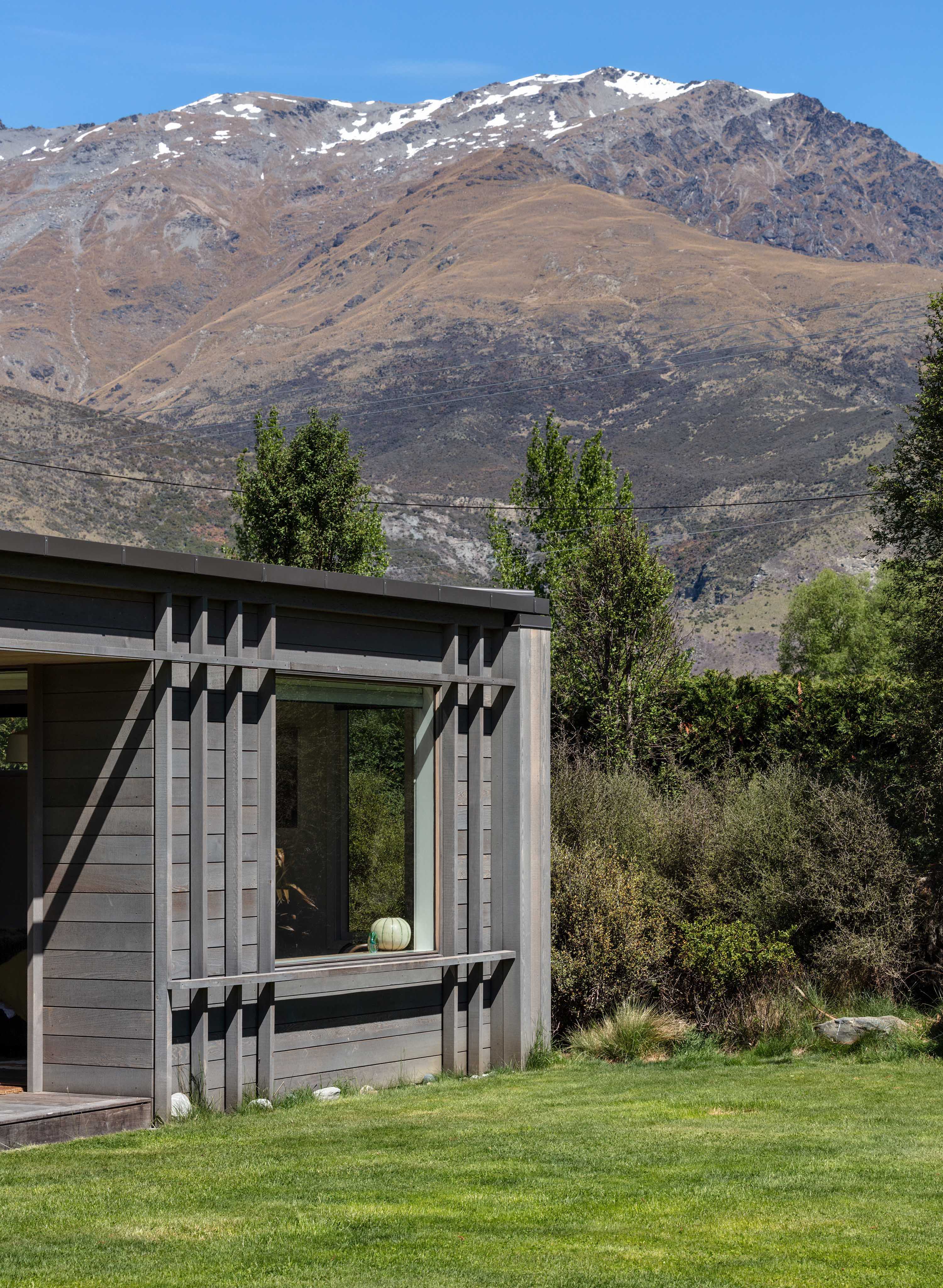 It’s -7˚C when I arrive at the old miner’s cottage near Arrow Junction to meet architect Anna-Marie Chin. At that temperature, noses drip, eyes water and fingers tingle and, as I step out of my nice warm car in my nice warm jacket and crunch my way across the frosty lawn, I think about how uncomfortable it would have been here in the 1870s, when this one-bedroom house and many others like it were first built. “They had something like 13 children, too,” says Chin. “And they had to go across the road – although it was just a dirt track back then – to get their water.”

When the current owners took over the 75-square-metre cottage, the only loo was outside, the tiny kitchen was tucked away and while the stone foundations, old weatherboards and match-lined ceilings gave it plenty of character, they also made it “pretty airy”.

A small renovation opened things up and added an indoor bathroom, but a few years later the owners asked Chin to extend the house further so that they could live in it comfortably all-year round.

The challenge, she says, was modernising the house while also respecting its history. And now, almost 150 years after it was first built, with just the wood burner on in the living room, this small home exudes charm and cosiness. “I love doing these old cottages because there’s a familiarity about them,” says Chin. “It feels good to be in them. And you can create additional spaces that change how it feels.”

That additional space, which is on a slight angle to match the triangular site at the junction of two roads, houses a main bedroom, en suite, office and small deck and is joined to the old cottage through an extension of the existing verandah, a new hallway from the kitchen and a series of exterior beams and posts that draw the eye across and up.

Unlike many other heritage restorations, however, there was no attempt to replicate what was already there. The new wing is taller than the original cottage, the materials are different and it is clearly of this era. “You’re celebrating the fact there was a time and a place when they were each built,” says Chin. “It accentuates the fact there’s a different timeframe involved. If you do a complete mimicry it blurs the line and dilutes the clarity of time.”

The raised bedroom platform creates a feeling of separation between the public and private areas. And the concrete, steel, wood and white cabinetry complement each other - and the rest of the house - beautifully.

The owners sourced timber from Southland to create a desk in the study, chunky seats in the hallway and bedroom, sturdy shelving in the office and a huge sliding barn door that closes off the main bedroom. The steel detailing on many of these pieces references the fact that the material was commonly used for riveting, and timber and metal boxes were also common in miners’ cottages, so they created a number of bespoke steel boxes that frame pieces of art on the bookshelf. 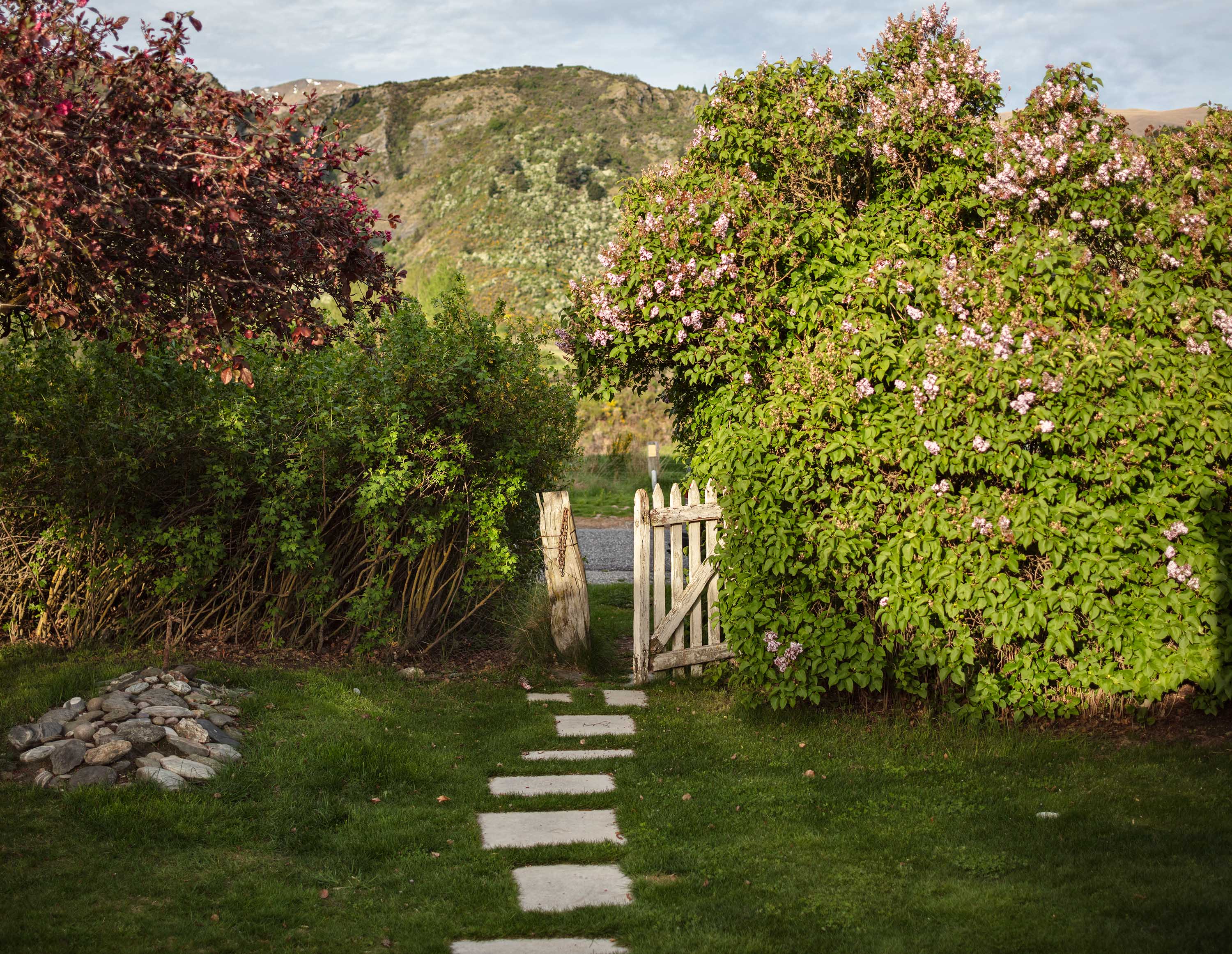 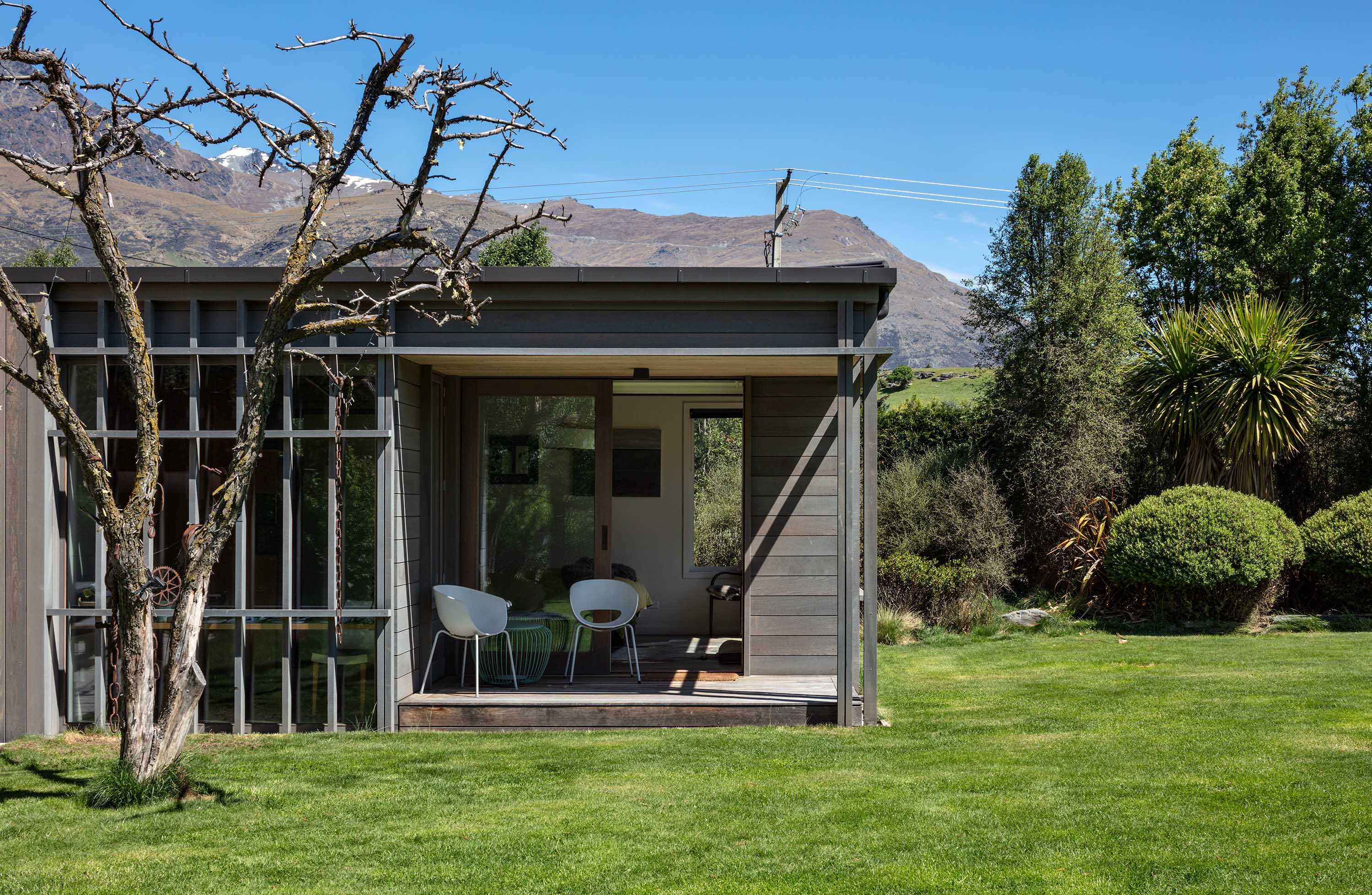 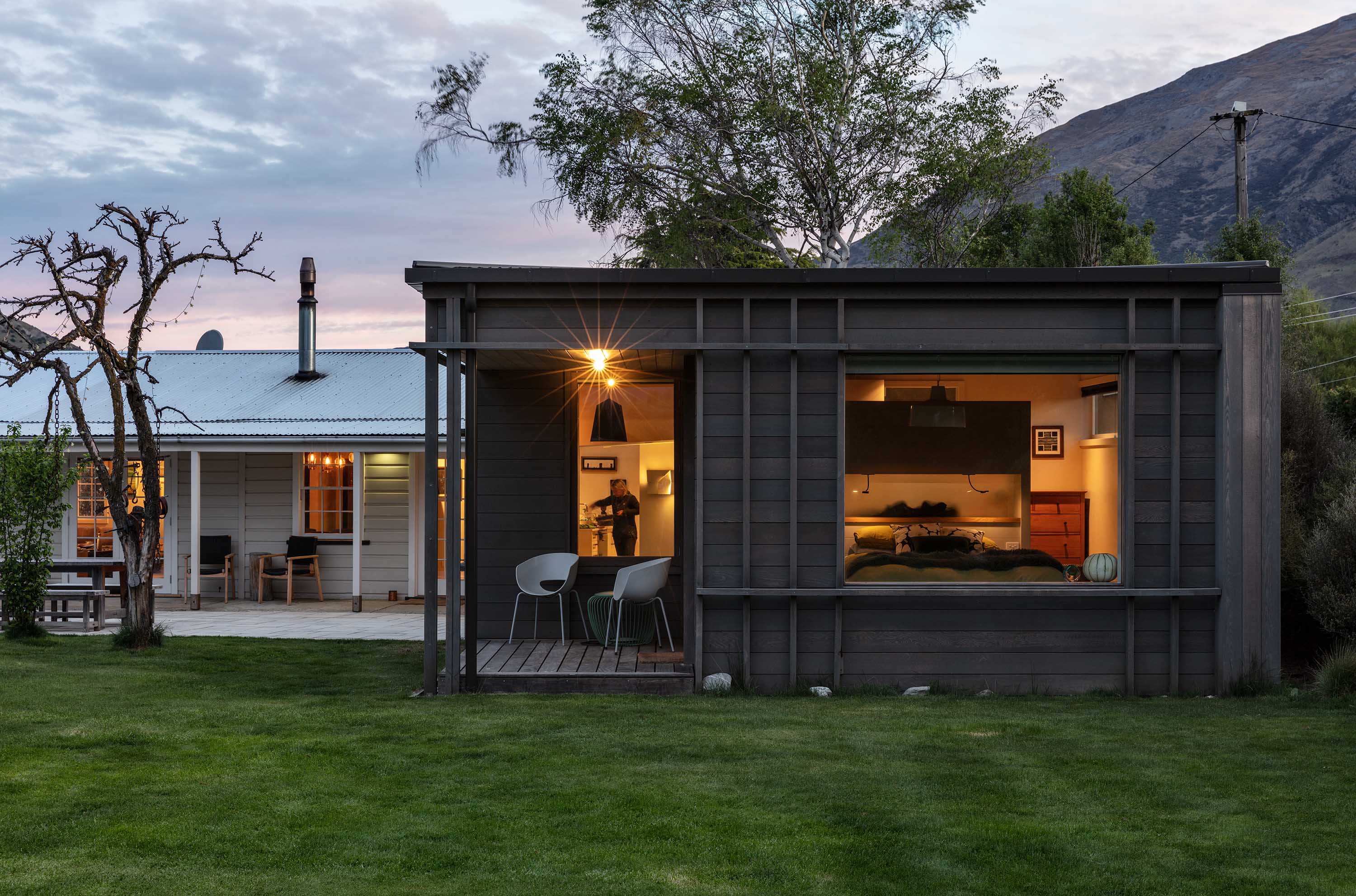 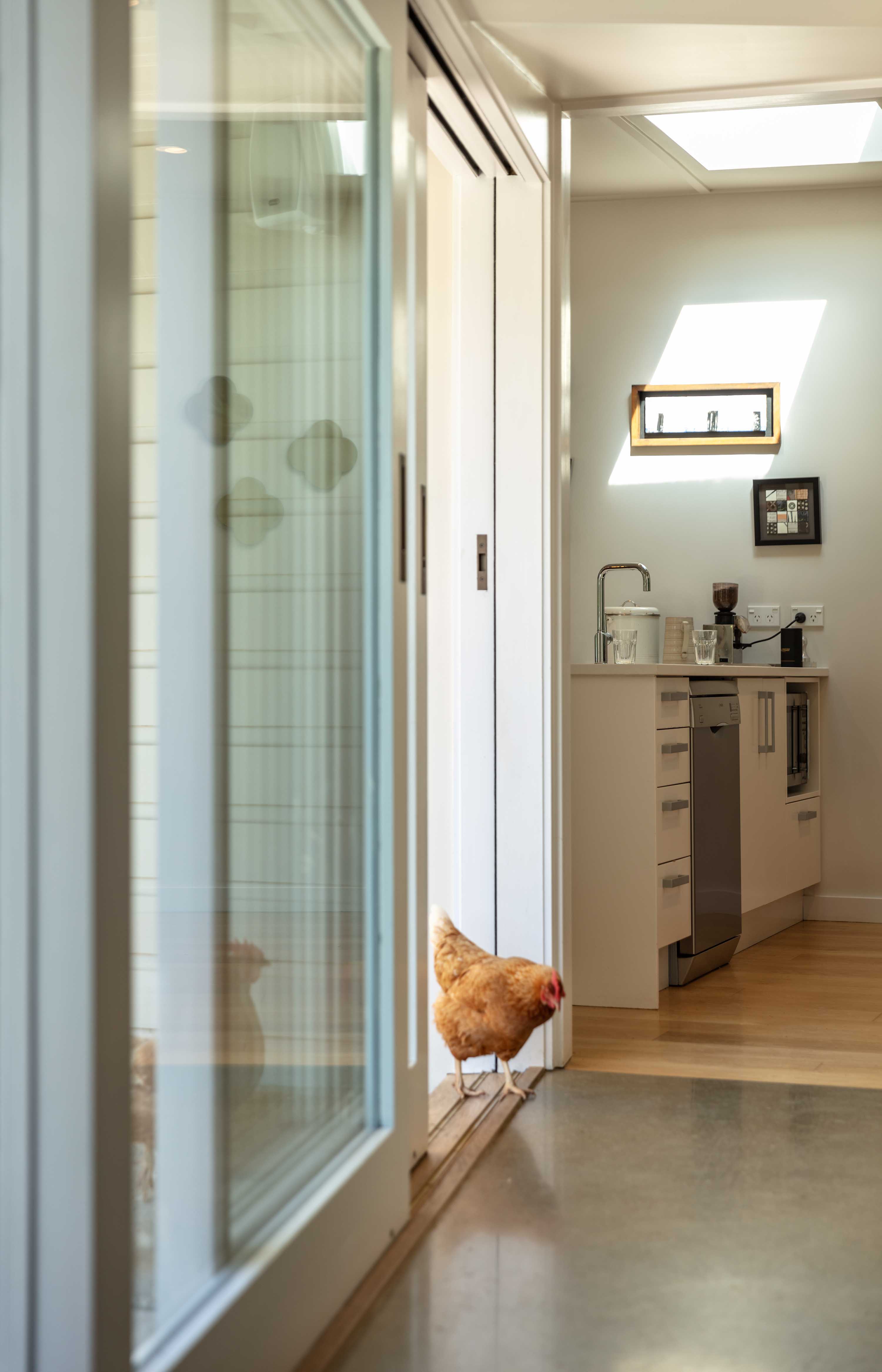 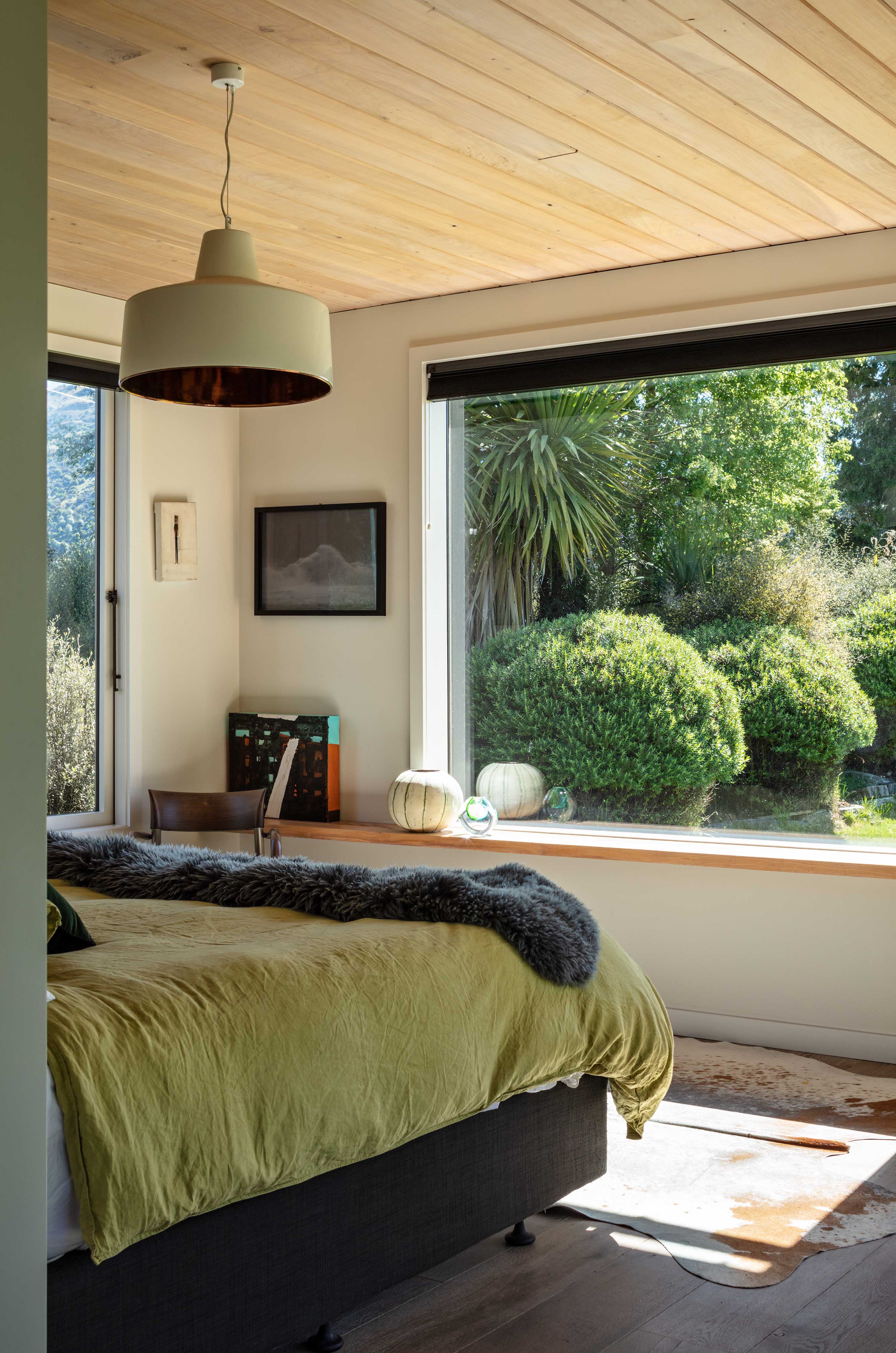 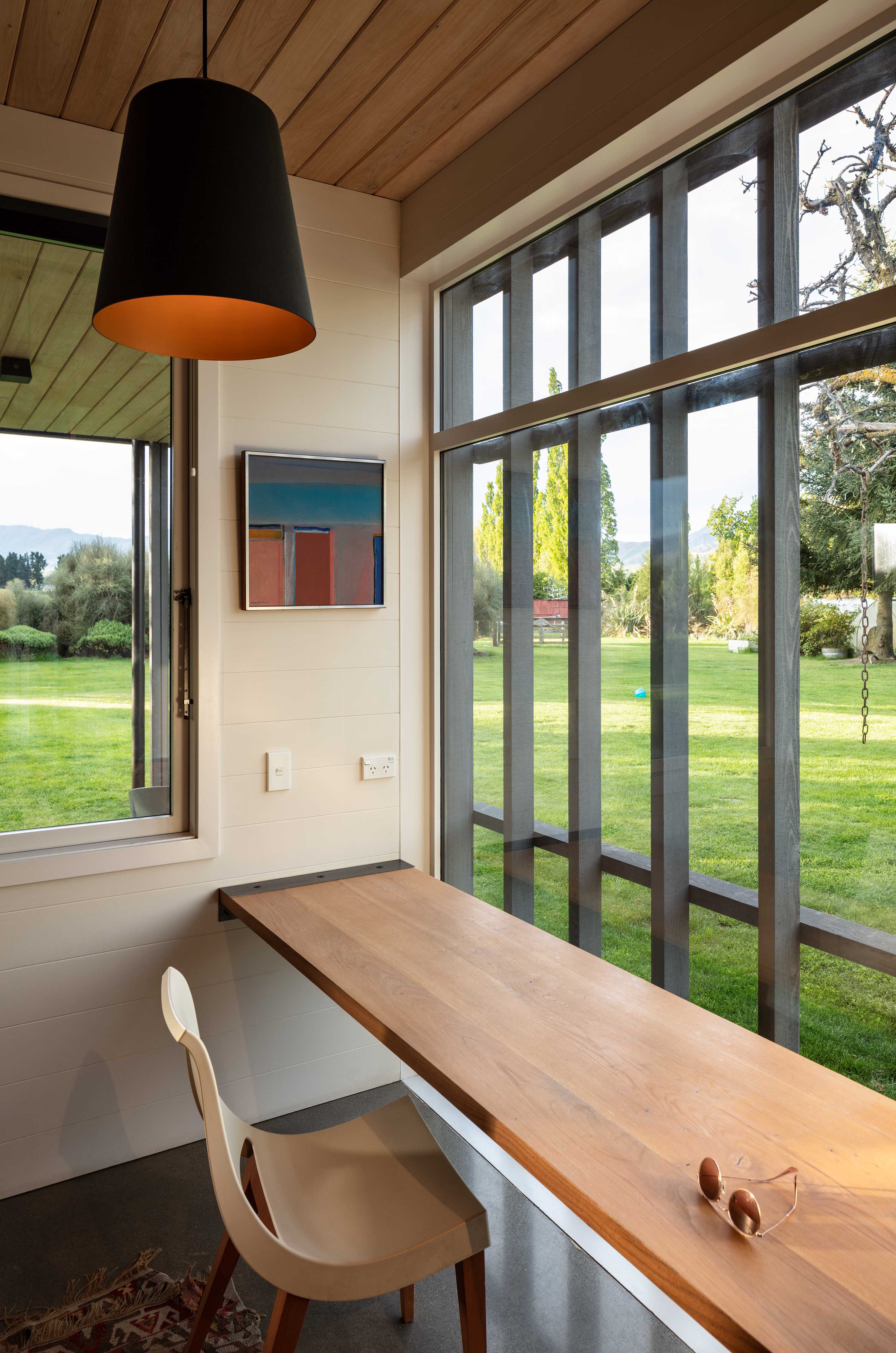 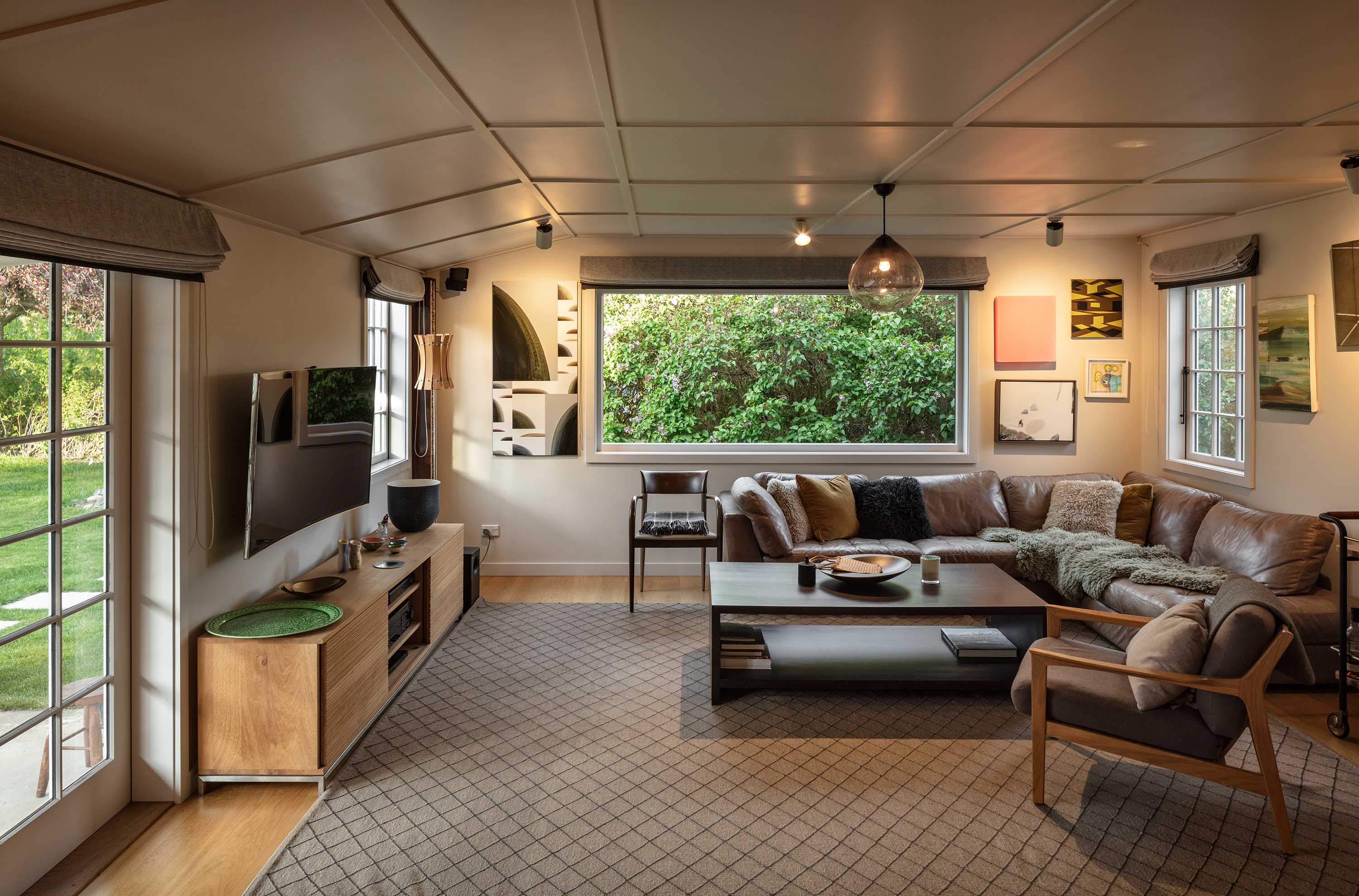 They certainly didn’t have en suites in the 1870s and they didn’t have much storage space, either. But, in keeping with the brief to add modern conveniences and retain old-school charm, more storage was added in the hallway and also in the expanded kitchen.

Chin, who lives next door and owns two cottages of a similar vintage that she plans to renovate, says “nothing was straight” in the old cottage. This made it difficult to join the sections together and do some of the required remedial work. But adding double-glazed windows and thickened walls for insulation made a huge difference. “It’s a beautiful space to live in now,” she says. “And it also works really well when there are lots of people here.”

You don’t want to do too much to these old places, she says – “you might not like what you find when you cut a hole in the wall” – so the original bedroom off the kitchen wasn’t really touched in the renovation, to maintain its integrity. “These places are not perfect and you don’t need to make them perfect. It’s nice that they’re not as they give a sense of age and patina of being used. You can still see the wiggles in the ceiling on the battens.”

The original timber sill on the front door was aged and worn, but they decided to leave it there because it was quite beautiful (fittingly, the dog has given the new front door a damn good scratching, so old and new now appear to match perfectly).

Almost doubling the size of a house during a renovation might sound extravagant but, given it’s on an acre of land in a region where homes are often designed to fill up large sections, it’s still relatively small at 135 square metres. The owners didn’t need a big home: they needed a well-designed one. “Space isn’t about size, it’s about how it’s used and how it links to other spaces. A good space is one that makes you feel good,” says Chin.

And this is undoubtedly a good space. In parts, it feels enveloping and comforting: the lowest point of the ceiling in the threshold between the kitchen and main bedroom is just under two metres – the same height as the verandah roofline – and the low ceilings in the original house aren’t too much higher. In other parts, it feels expansive, with the large main bedroom window opening up to views of Coronet Peak and a big new single-pane window in the living room extension offering glimpses of Gibbston Valley. In summer, the hedge outside the window turns purple – it’s like looking out to a Karl Maughan painting.

Renovating cottages like this has changed the way Chin thinks about designing new homes: they can be small, as long as they feel good, and the materials and building techniques that were used in some of these homes, sheds and industrial buildings back in the day can be hinted at, rather than relied upon, to add texture and character.

As I crunch my way back to the car, ruing the fact that I forgot my gloves, I’m still thinking about the past and how hard life would have been here, but I’m also thinking about the future; about how much longer this house will be lived in as a result of its upgrade. You don’t normally have to specify the century when you’re talking about mid-century design. But this house spans a couple more centuries already and it’s likely to span a couple more yet. 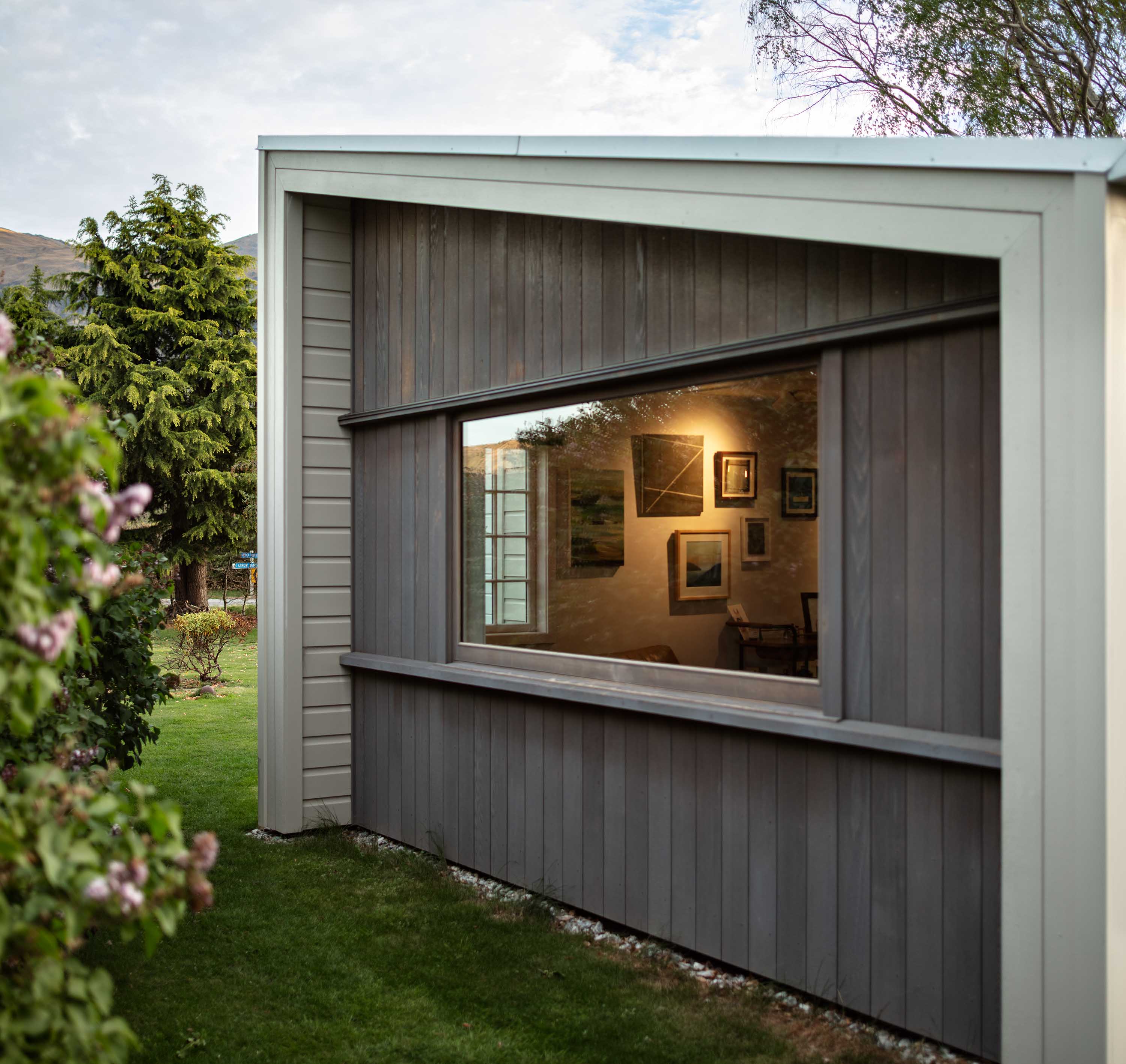 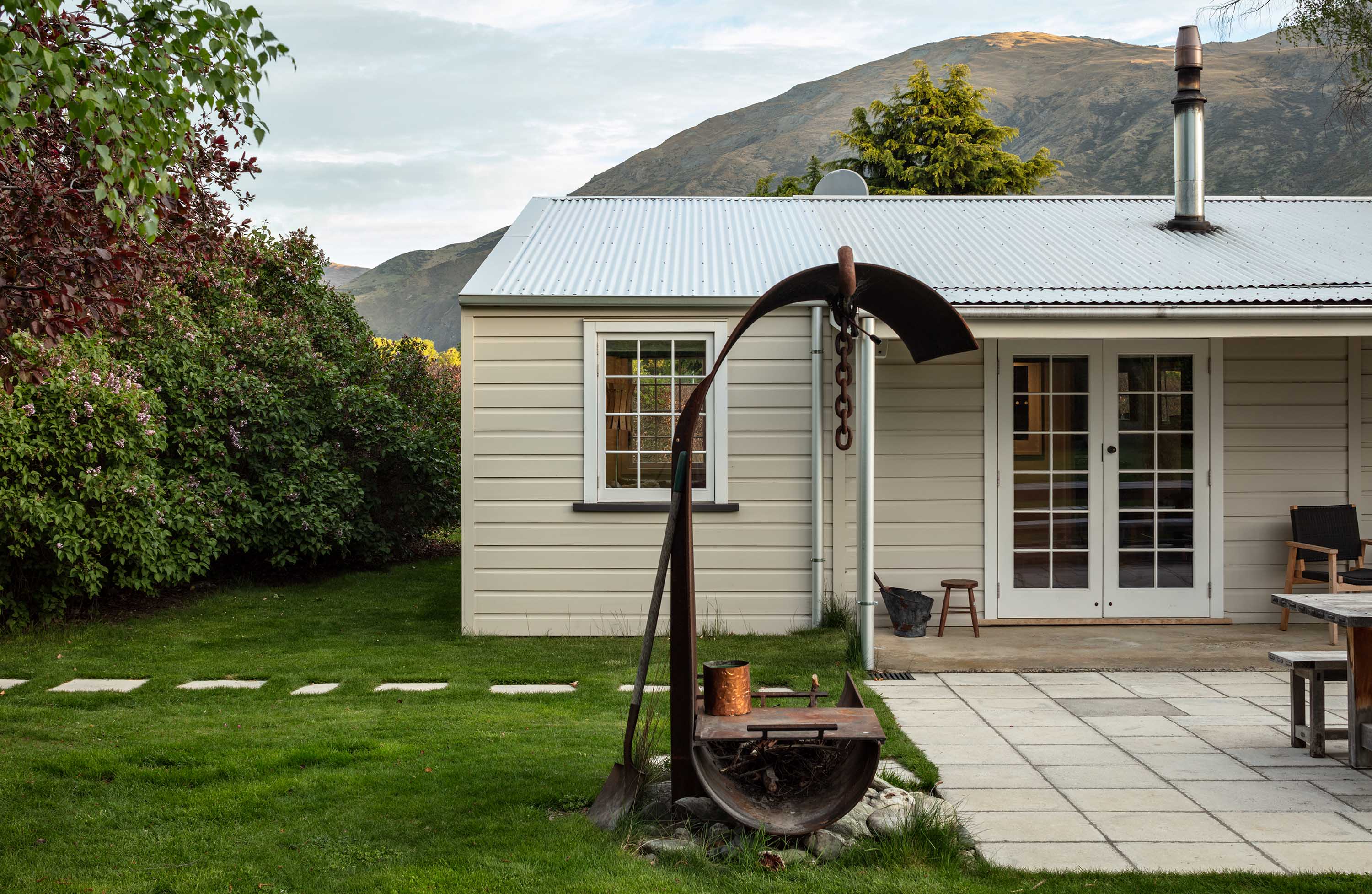 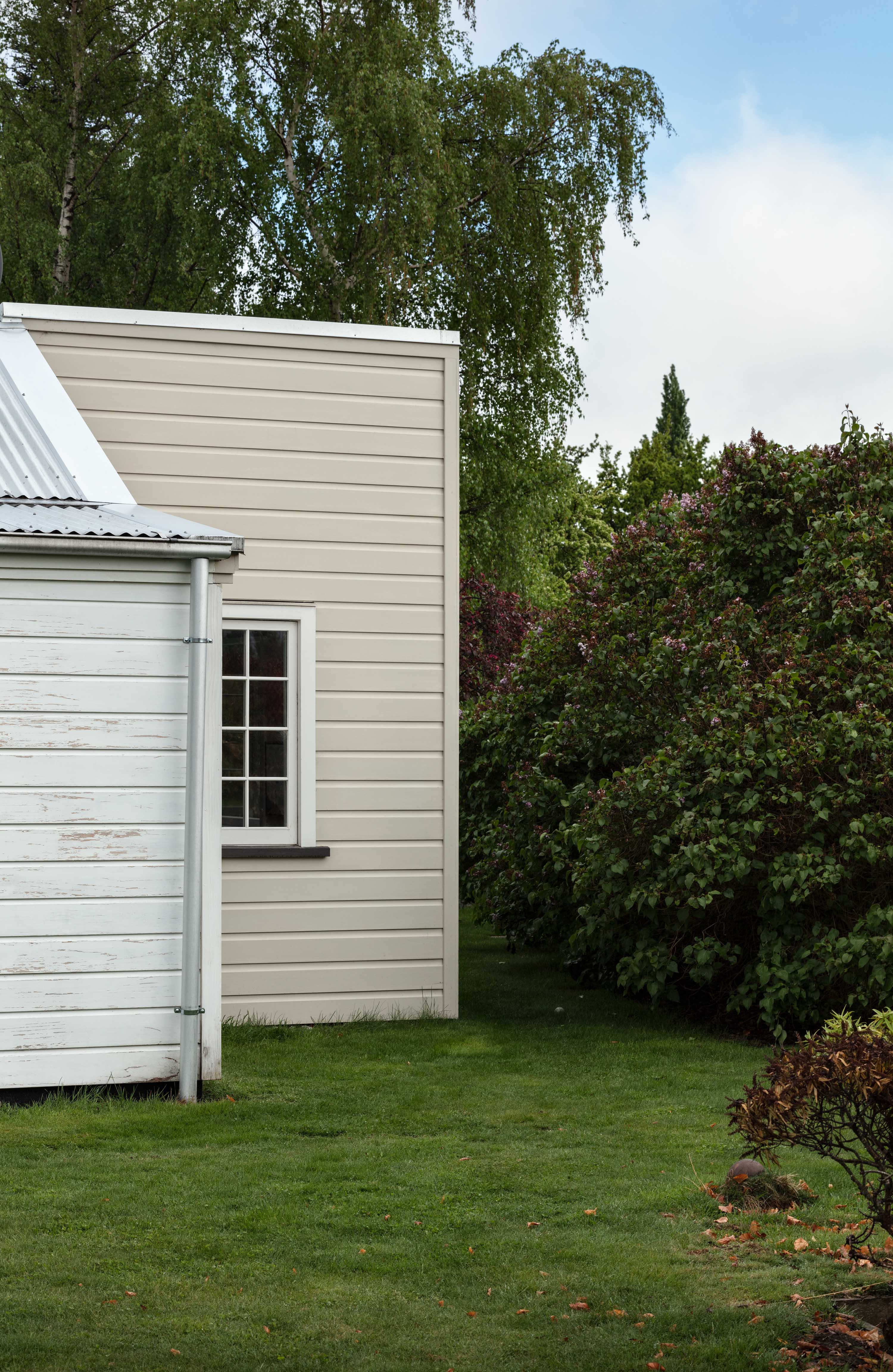 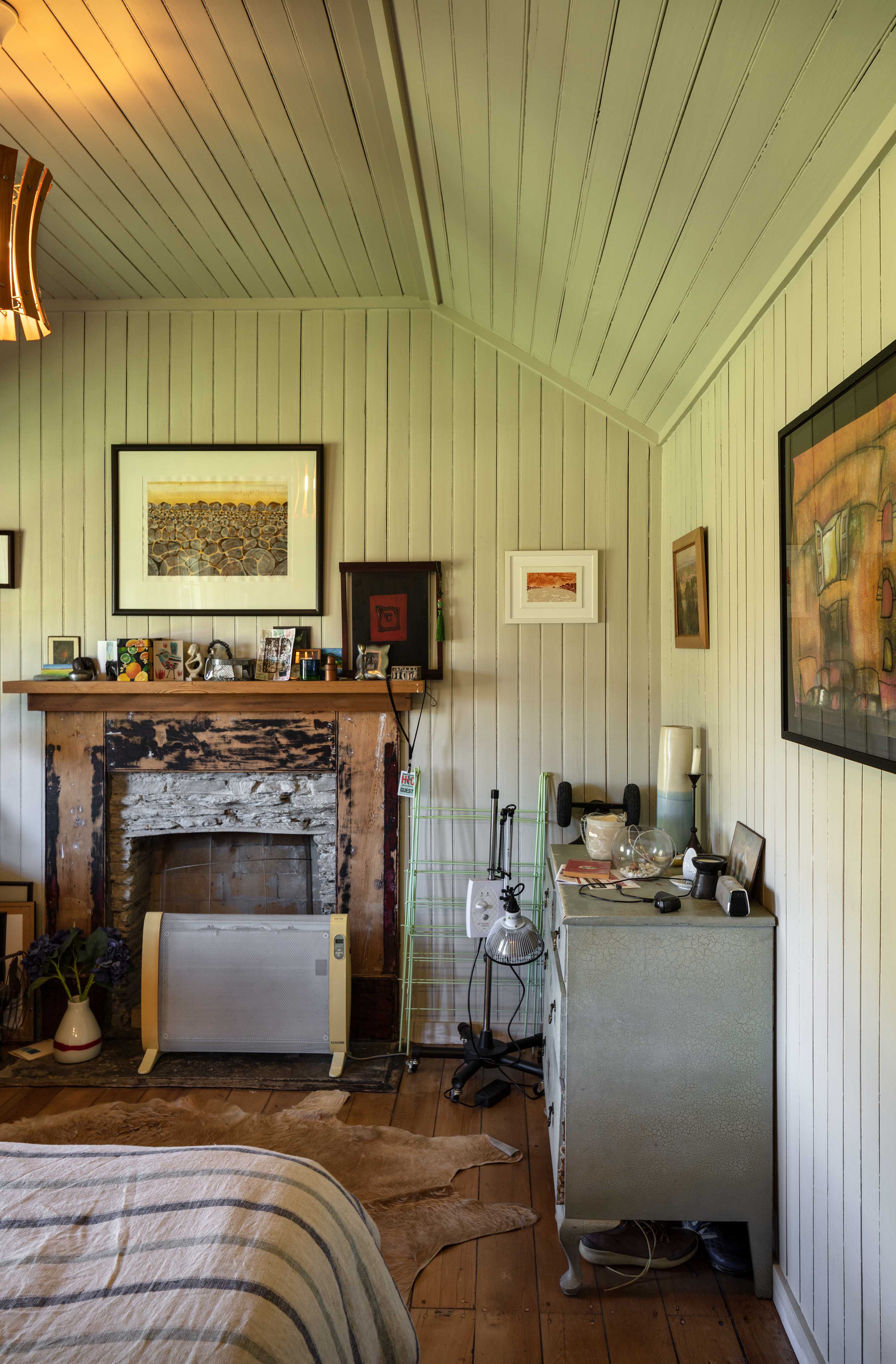 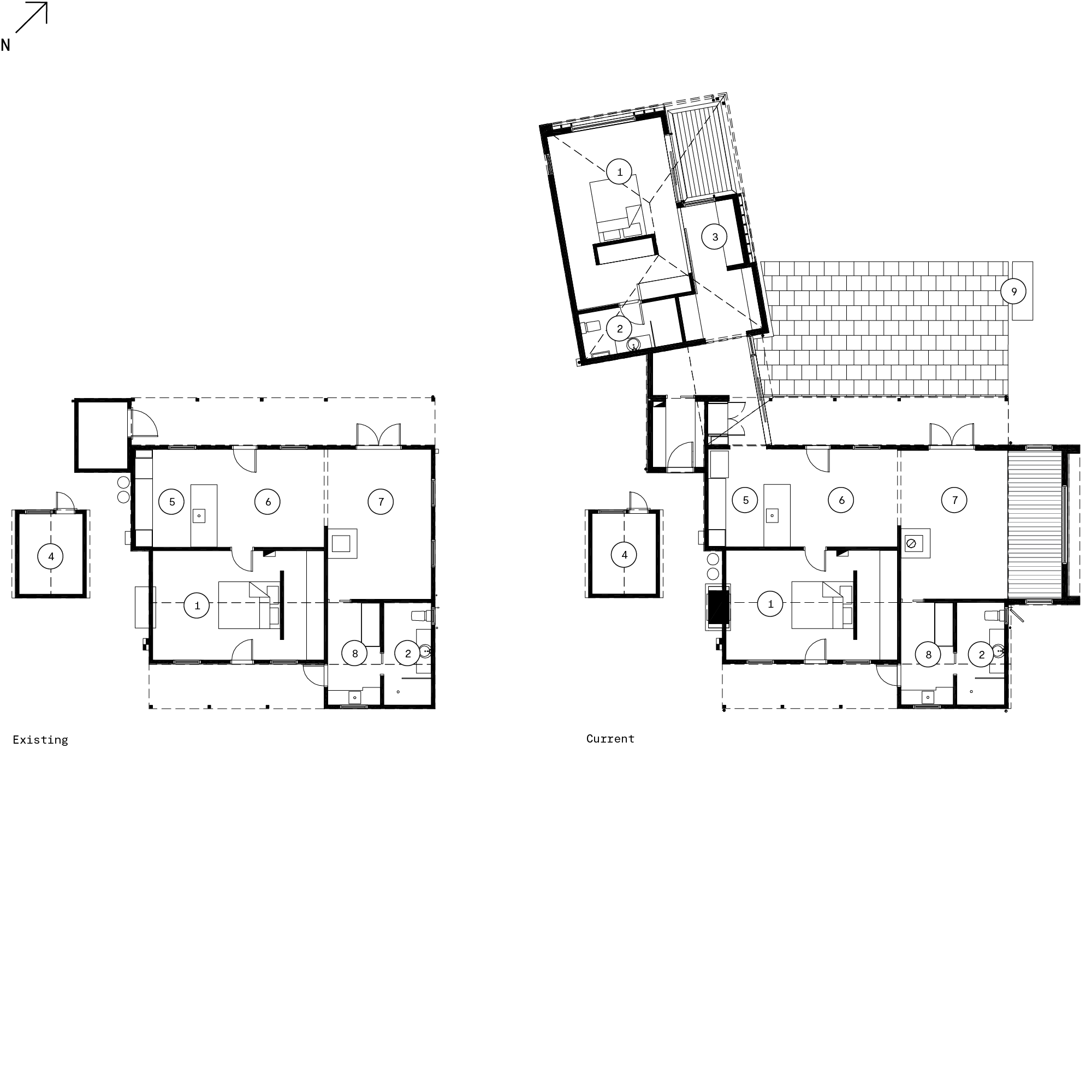 Renovation
Heritage
This story is from Issue
08
Print EditionBuy Now