Jack McKinney hides an abstracted pavilion on a tiny site behind a heritage villa in Freemans Bay, Tāmaki Makaurau. 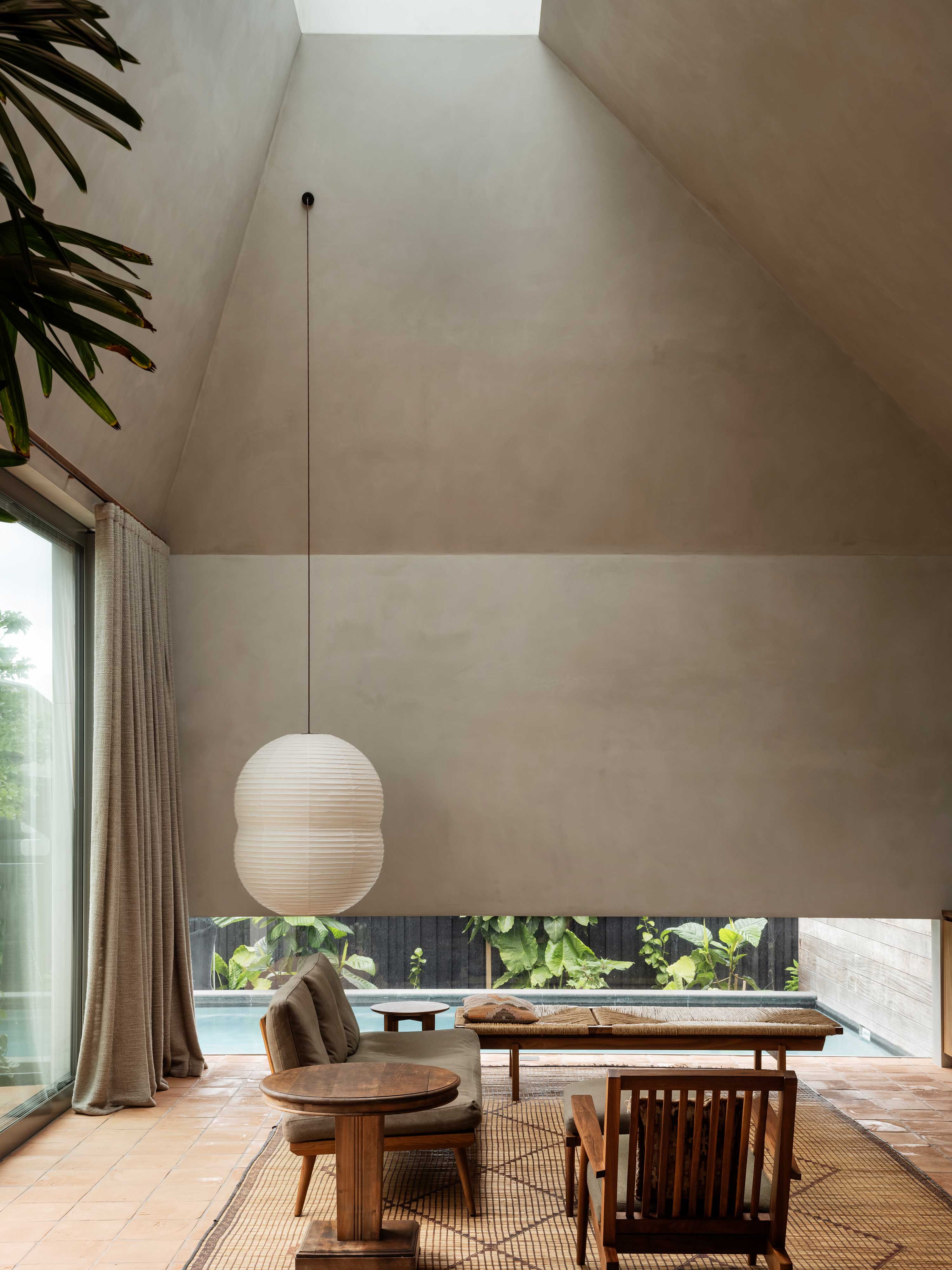 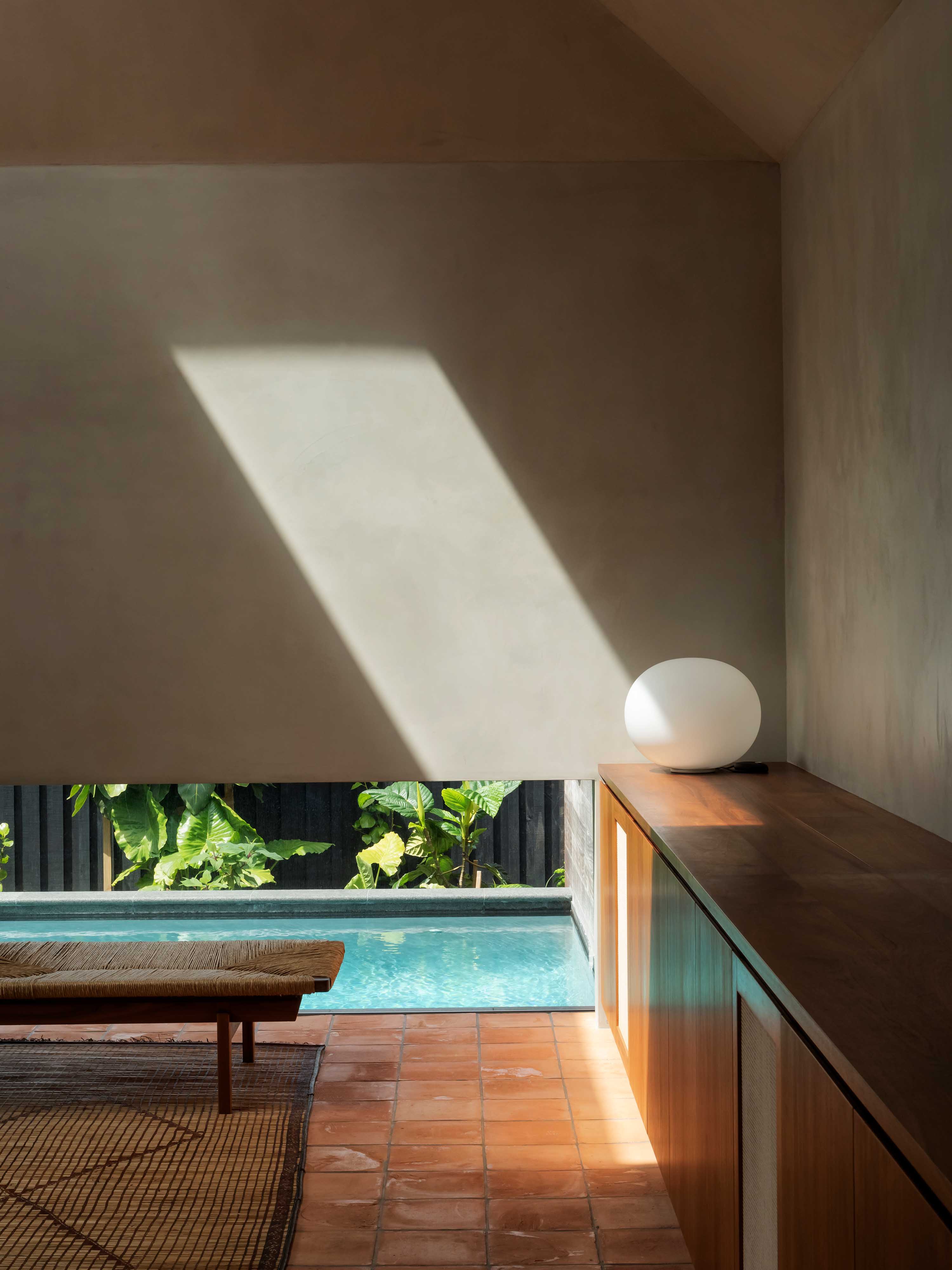 Over the past few decades, architects working in Auckland’s older suburbs, especially those on the gentrified western side of the inner-city, have pursued minor variations on a common design theme. In these neighbourhoods, architects are required by the council to preserve the heritage character of streets lined with Victorian and Edwardian villas. This coherent character is of course a prime reason for the popularity of suburbs such as Ponsonby, Grey Lynn and Freemans Bay.

But architects also have to meet the desire of clients for contemporary amenity. Suburban villas might be cute, but in their original state they are, for modern lives, too dark, too small, and too disconnected from their sites. The villas present their best faces to the street, but things aren’t so pretty out the back. The design way out of this dilemma has been via an explosion – the ‘blowing out’ of the rear of the villa to create room for an addition that flows into the back garden.

Architect Jack McKinney is very familiar with this strategy. He has been altering and adding to old houses around inner Auckland for 20 years. However, McKinney’s record in this genre is not rote, and his work always suggests that while meeting the needs of a client, he has also risen to a challenge he has set himself. This Freemans Bay project is a surprising response to the heritage villa question and a riposte to the orthodox typological approach. McKinney hasn’t ‘blown out’ the rear, dissipating space towards a back fence; in this case, there was little space at the rear, and not much to look at. Instead, the architect has altered and extended the house as its own little world.

The house McKinney was asked to re-work for a family with three children was one of a series of cheek-by-jowl villas that were probably built as a speculative job-lot early in the 20th century. “It was a proud little villa,” says McKinney, and little is the right word, both for the house and the 310 square-metre site. The design givens were the local heritage overlay and the extreme proximity to the neighbours who, says McKinney, “we didn’t want to piss off”. His clients “were open-minded, and they gave me quite an open brief,” he says. McKinney didn’t fight against the constraints of a small site overlooked by close neighbours. Instead, he took his lead from them in designing an extension – it nearly doubled the house’s size. He describes it as “an urban refuge”.

While the street façade of the house is relatively unchanged, and the simple arrangement of bedrooms off a central hallway is villa business-as-usual, its rear addition is dramatically different. As McKinney notes, the normal line of sight in the reformed villa is along the hall and out to the garden. Here, the sight line follows the house’s descent down the slope of the section, through the addition to the low window that offers the only glimpse of a back garden – and a small swimming pool which adds a jolt of blue.

The extension reads as a standalone object; McKinney says he wanted both the original villa and the addition to have a discrete legibility. But the relationship is more sophisticated than that: the extension cleverly connects to the body of a house like a shuttle craft docked at the airlock of a mothership. “We were careful to link the colour palettes, and not have an obvious internal distinction between old and new.” 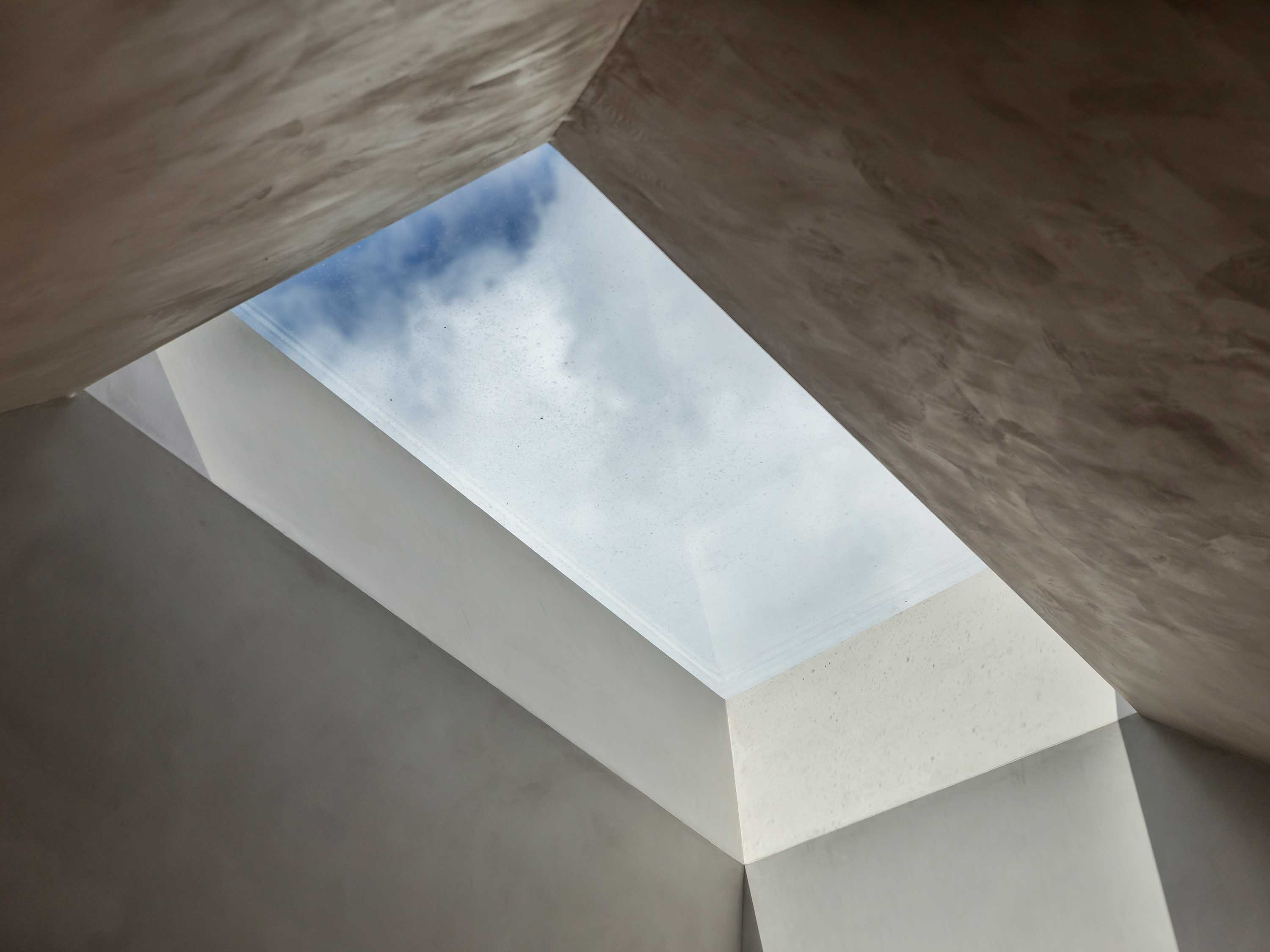 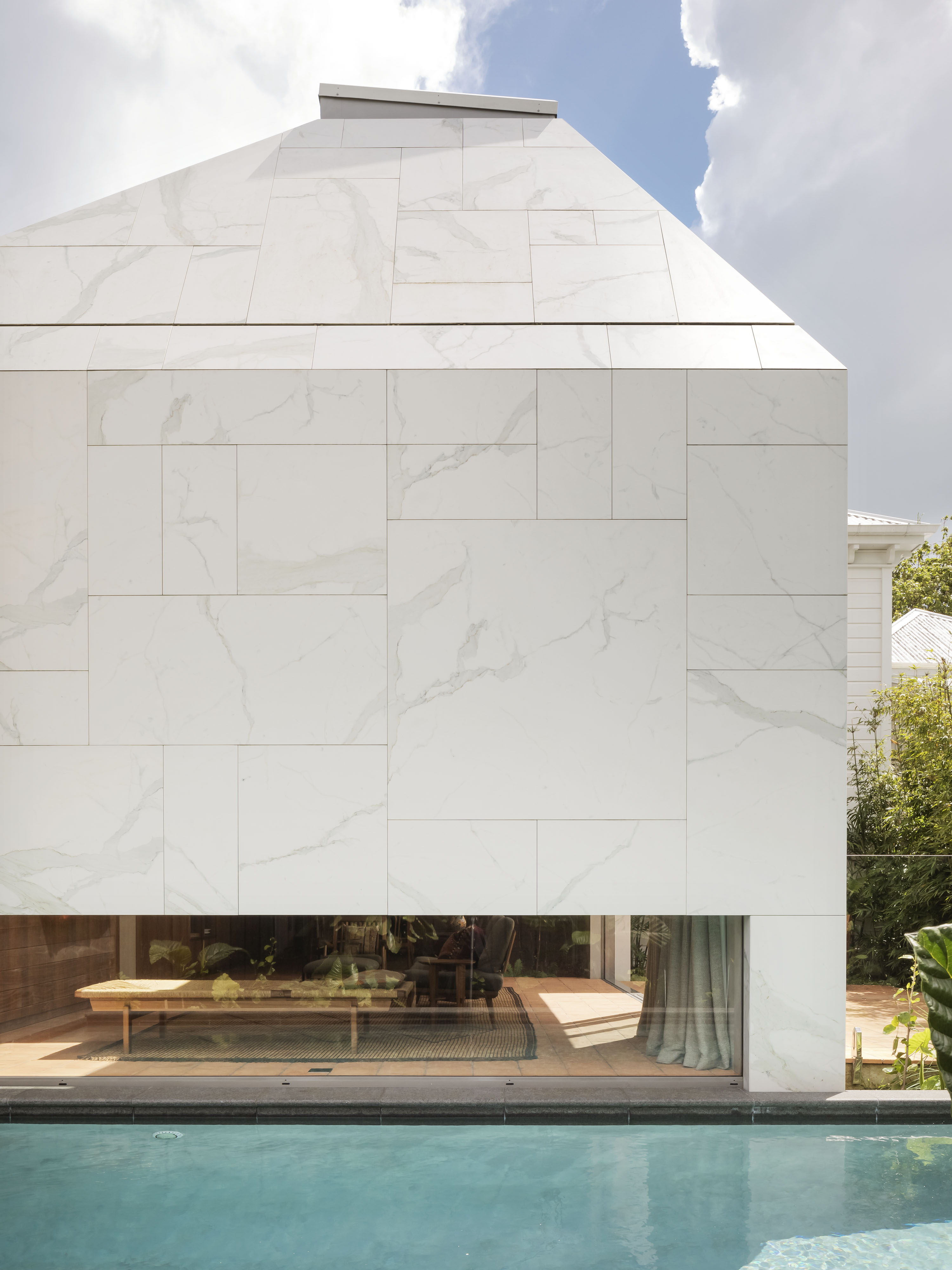 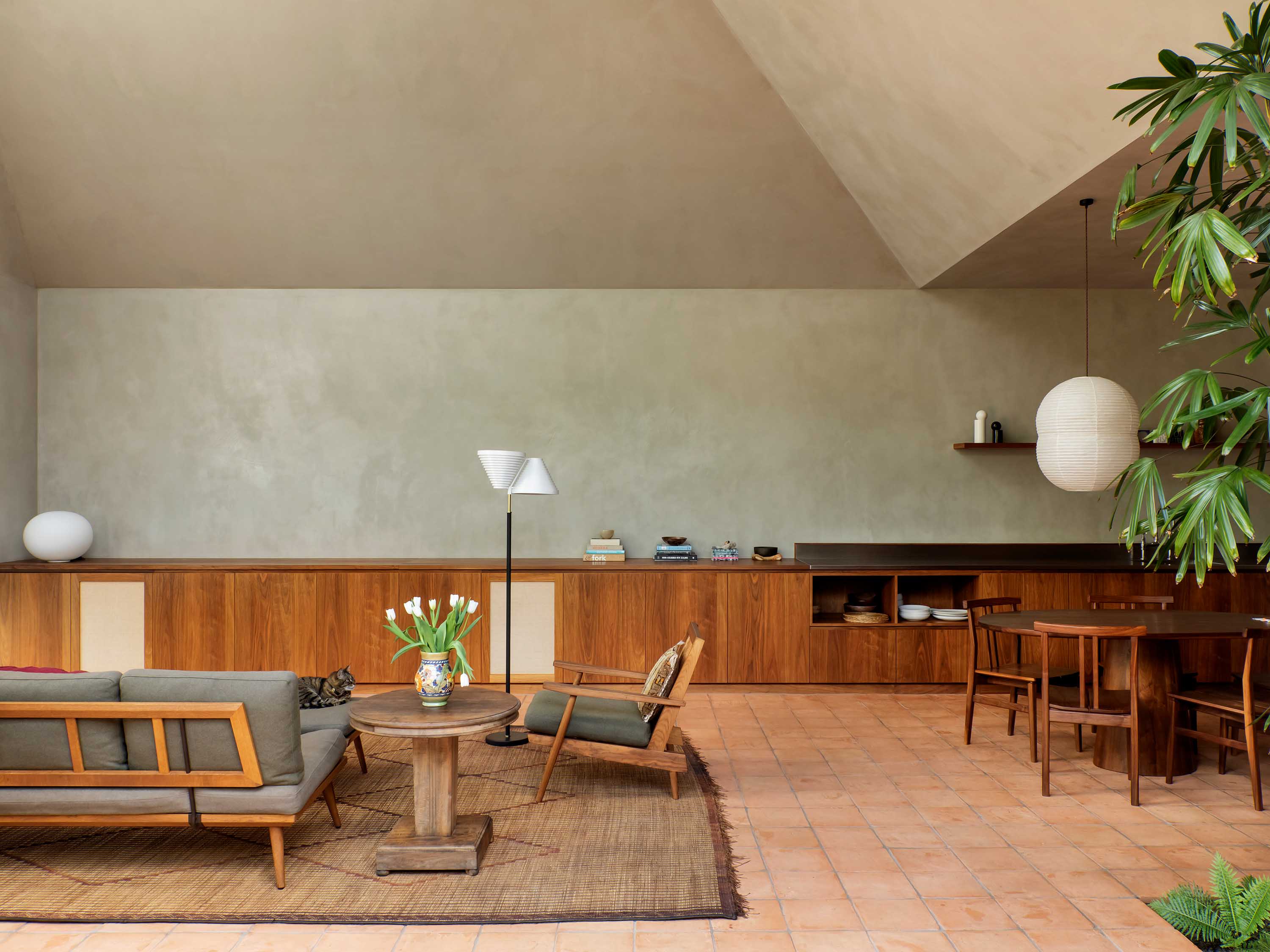 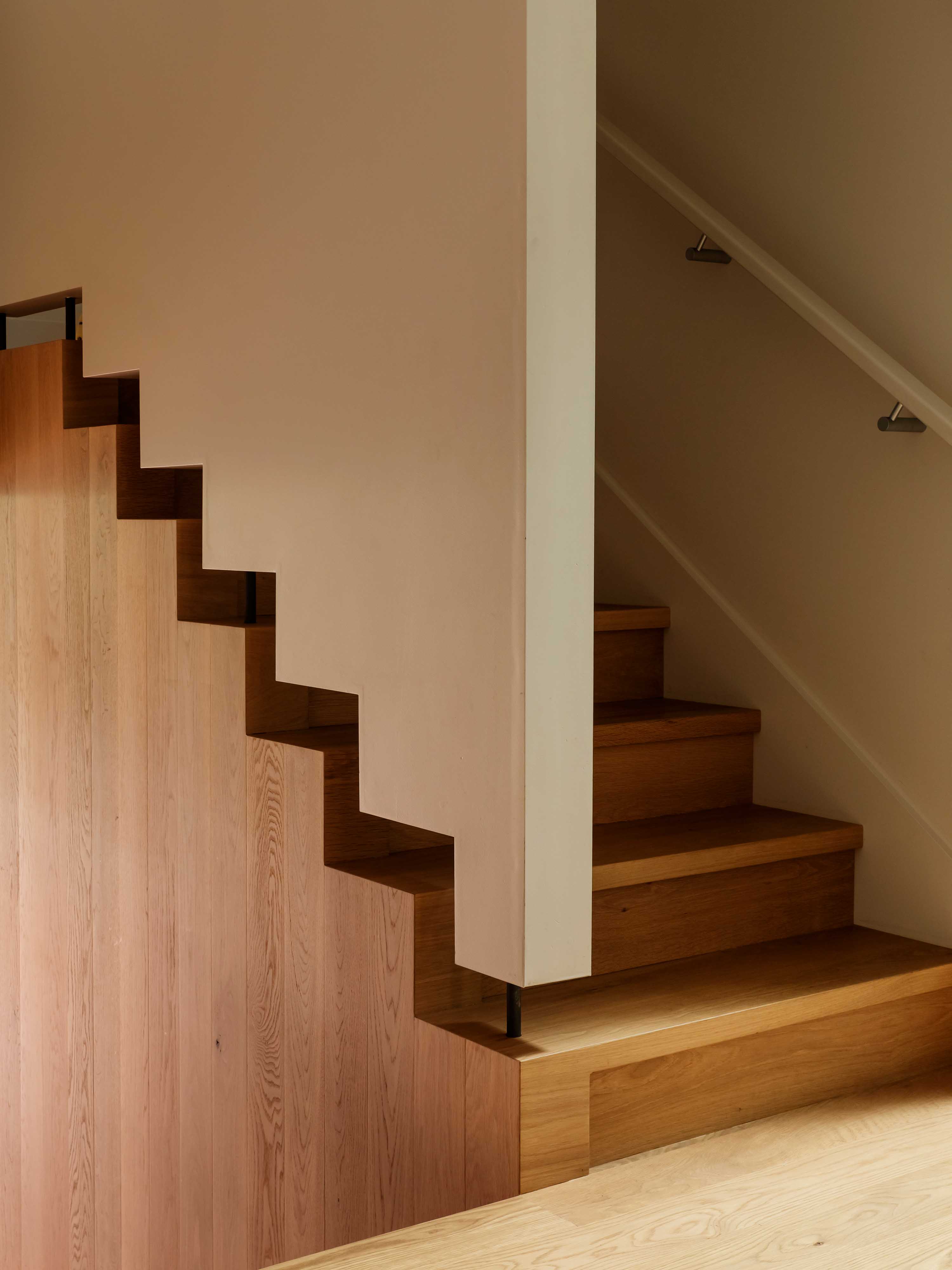 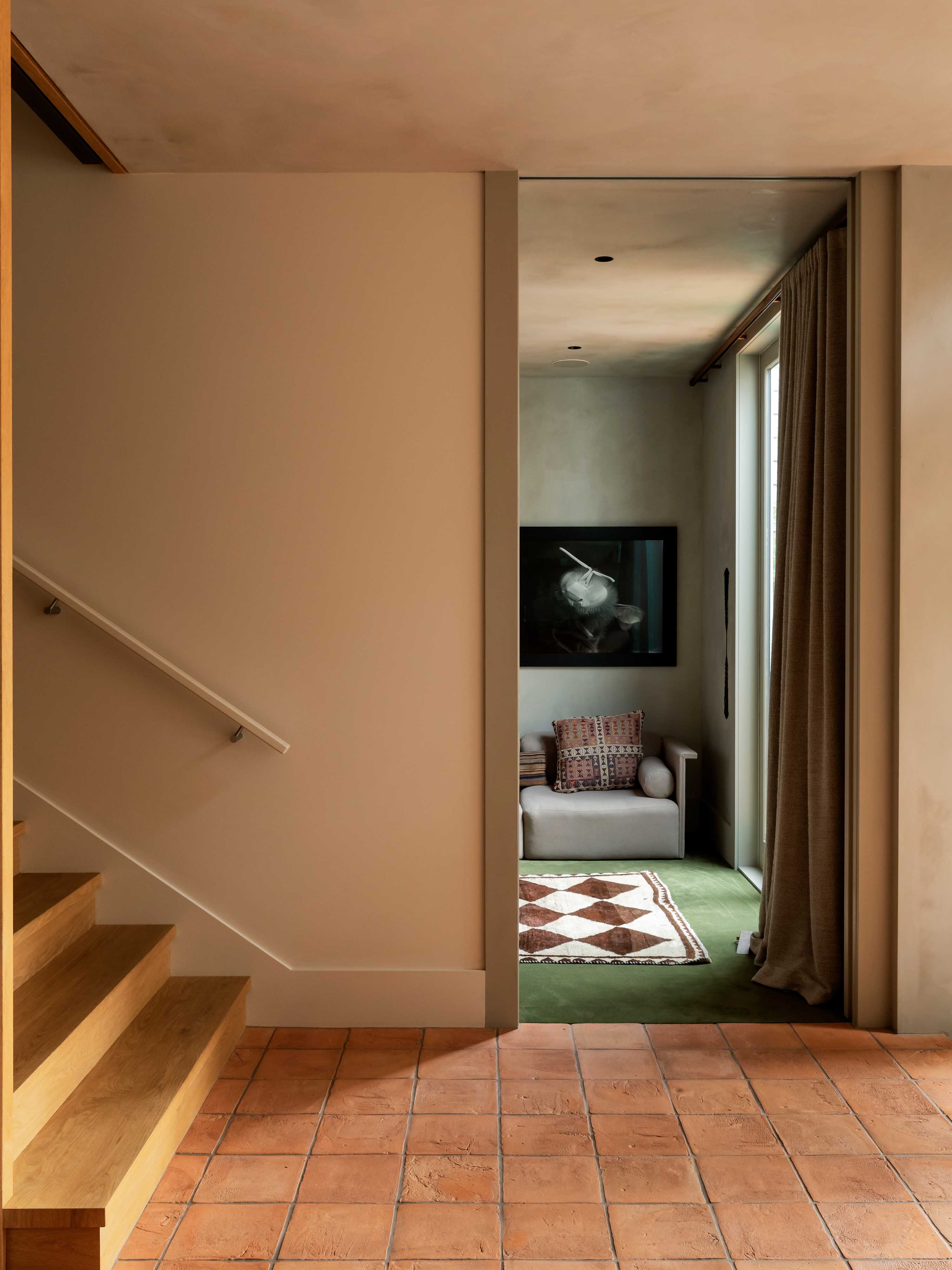 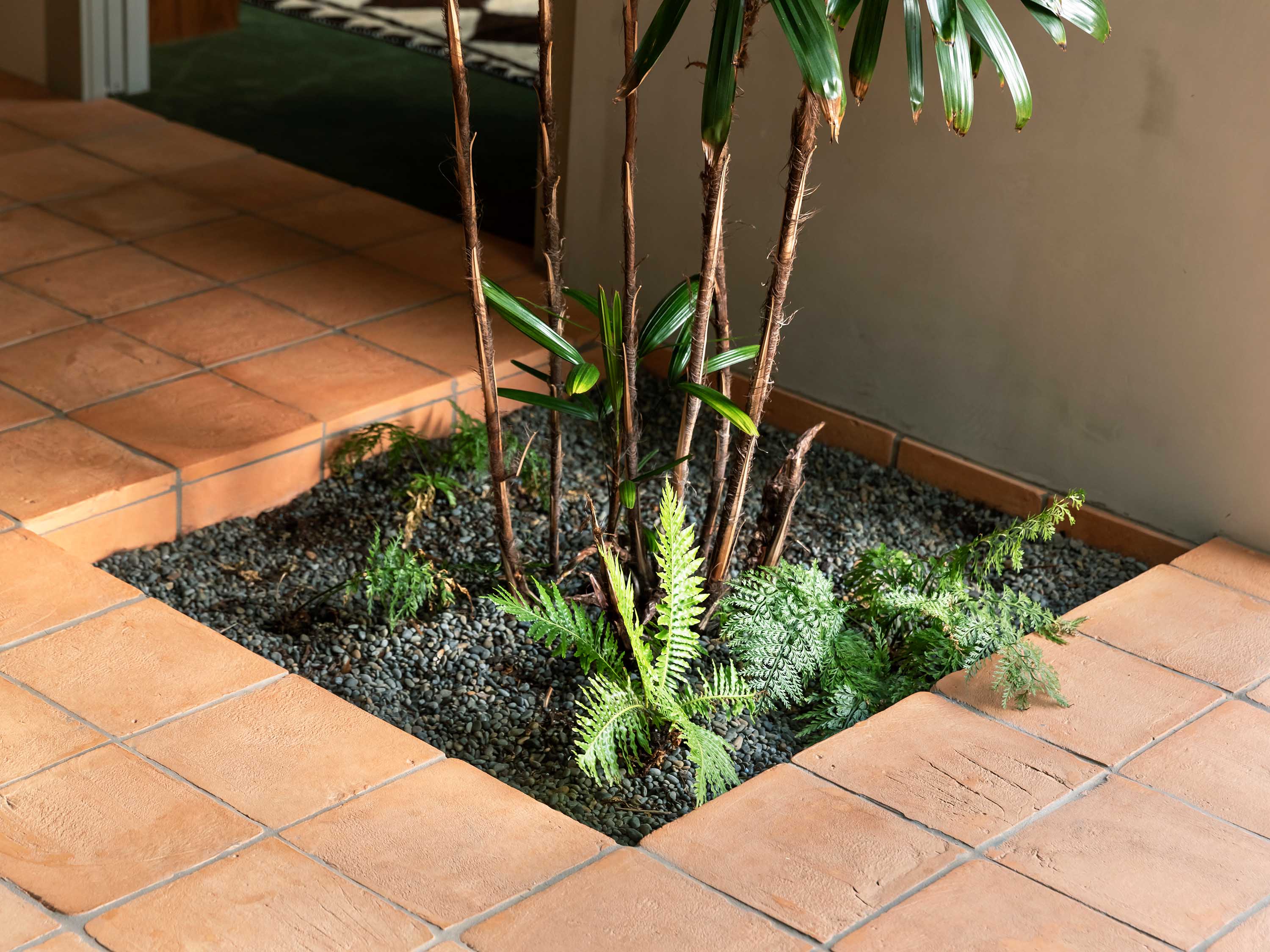 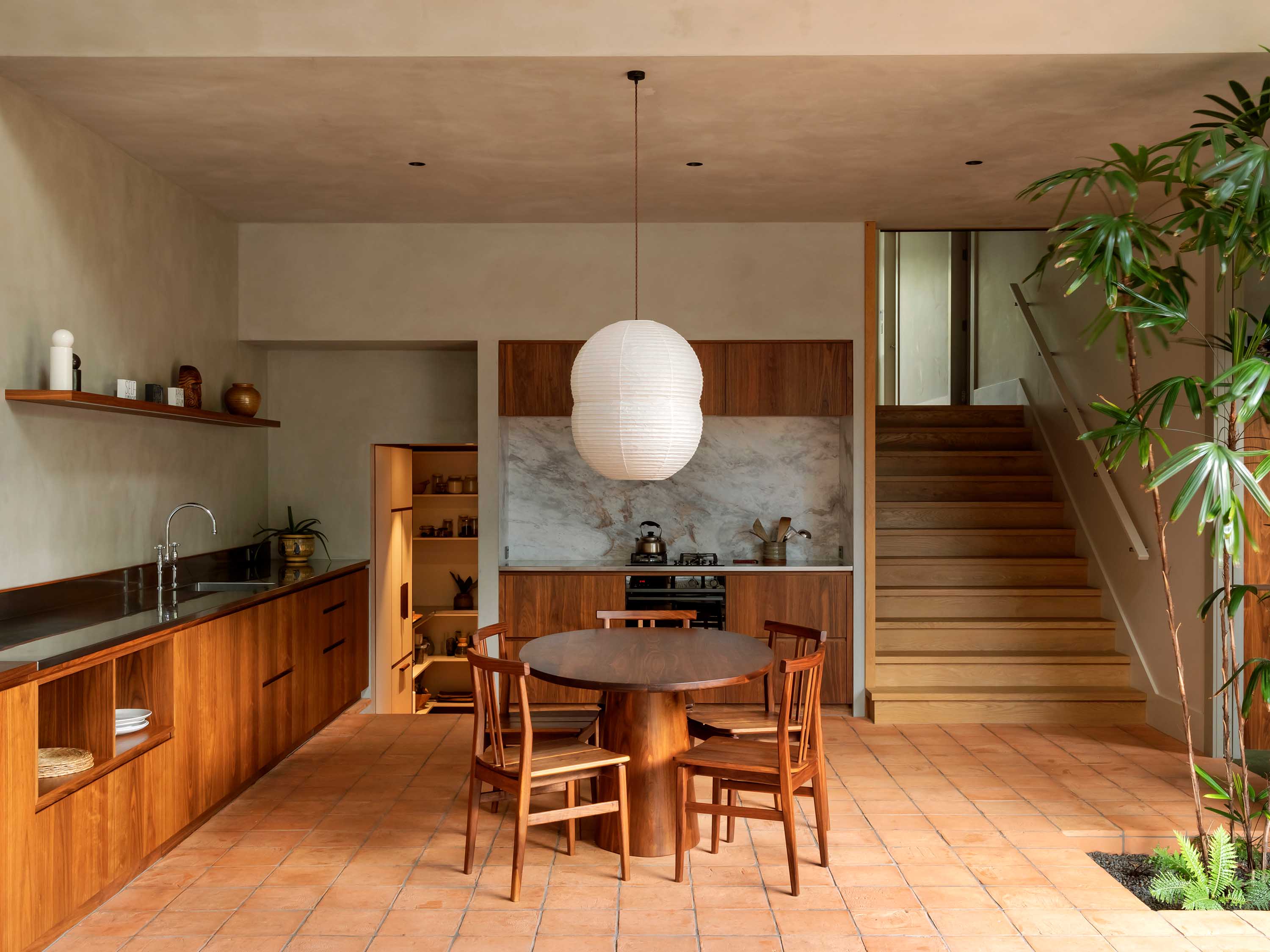 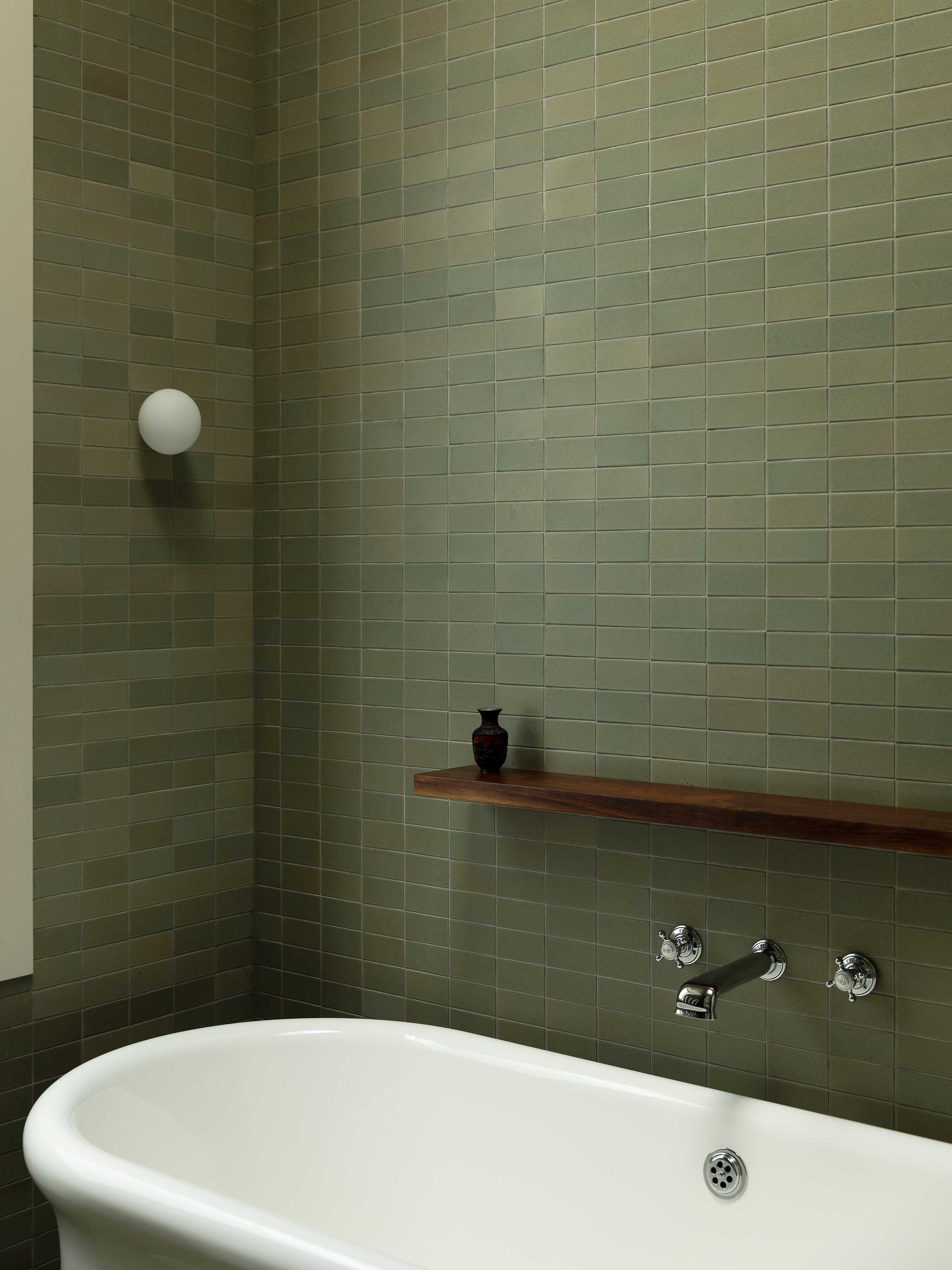 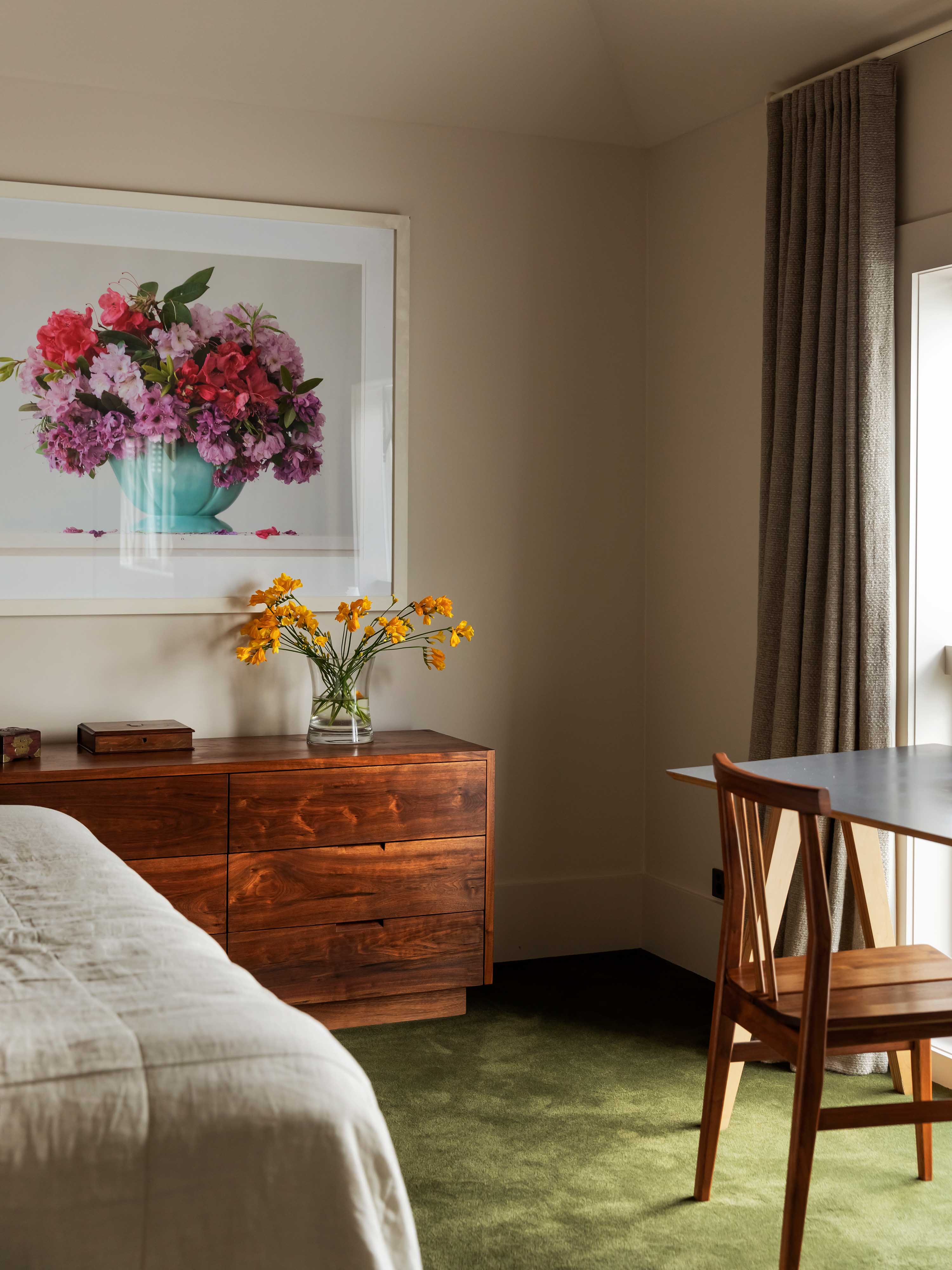 “I wanted the addition to feel like it was carved out of a block of stone,” says McKinney. It looks like that, too, in its cladding of white porcelain tiles, nine millimetres thick. The addition was treated sculpturally, or as a jewel box – it was, he says, “super-risky to detail”. The box’s interior is nearly double-height under a complex, asymmetrical roof pierced by a skylight. “I wanted a sense of the movement of light through the day,” says McKinney. The room is calm, but its uncluttered austerity is hardly clinical. The plaster on the walls was applied by hand, to be human, and soft. “It feels like a warm, grey cloud around you.”

The project was a collaboration between McKinney, interior designer Katie Lockhart and her brother, landscape designer Jared Lockhart. “It’s such a large space, with multiple activities in it and all viewed in one space,” says Katie Lockhart. “It needed to cater to all those, but feel like one and have a sense of serenity.” Katie designed the walnut cabinetry and sourced the terracotta flooring tiles in the living room from a bespoke manufacturer in Italy; they extend onto the terrace to connect outside and in. “Once we had the base elements then I could add quirk with furniture,” she says. “I wanted it to feel unique and not precious.”

The clients had recently made a trip to Sri Lanka, where they had encountered the architecture of Geoffrey Bawa, the country’s pre-eminent 20th-century architect. Bawa’s predilection for admitting nature into houses inspired the inclusion of interior planting inside the addition, next to the glazed door that opens out to the small, sheltered courtyard on the east side. “I felt like from the front door you’d know immediately you were in for a treat,” says Katie Lockhart. “And the scale of the space allowed for that.”

While the addition, with its hard porcelain exterior and soft plaster interior demands attention, perhaps the most impressive exhibition of design dexterity comes at the pinch-point where house and extension meet and one level becomes four. A lot has to happen at this juncture: the hall steps down into the addition, but it also meets stairs that go up to the parents’ quarters accommodated within the existing building envelope. Meanwhile, lower down, the house at its old-new border also gains a subterranean level for pantry and storage.

A busy road goes past this house, and neighbours on either side are little more than a metre away. You can’t do anything about those conditions, or council prescriptions, but an architect still has some discretion. ‘Exploding’ a villa is one option, or, as McKinney puts it, you can add “something beautiful”. 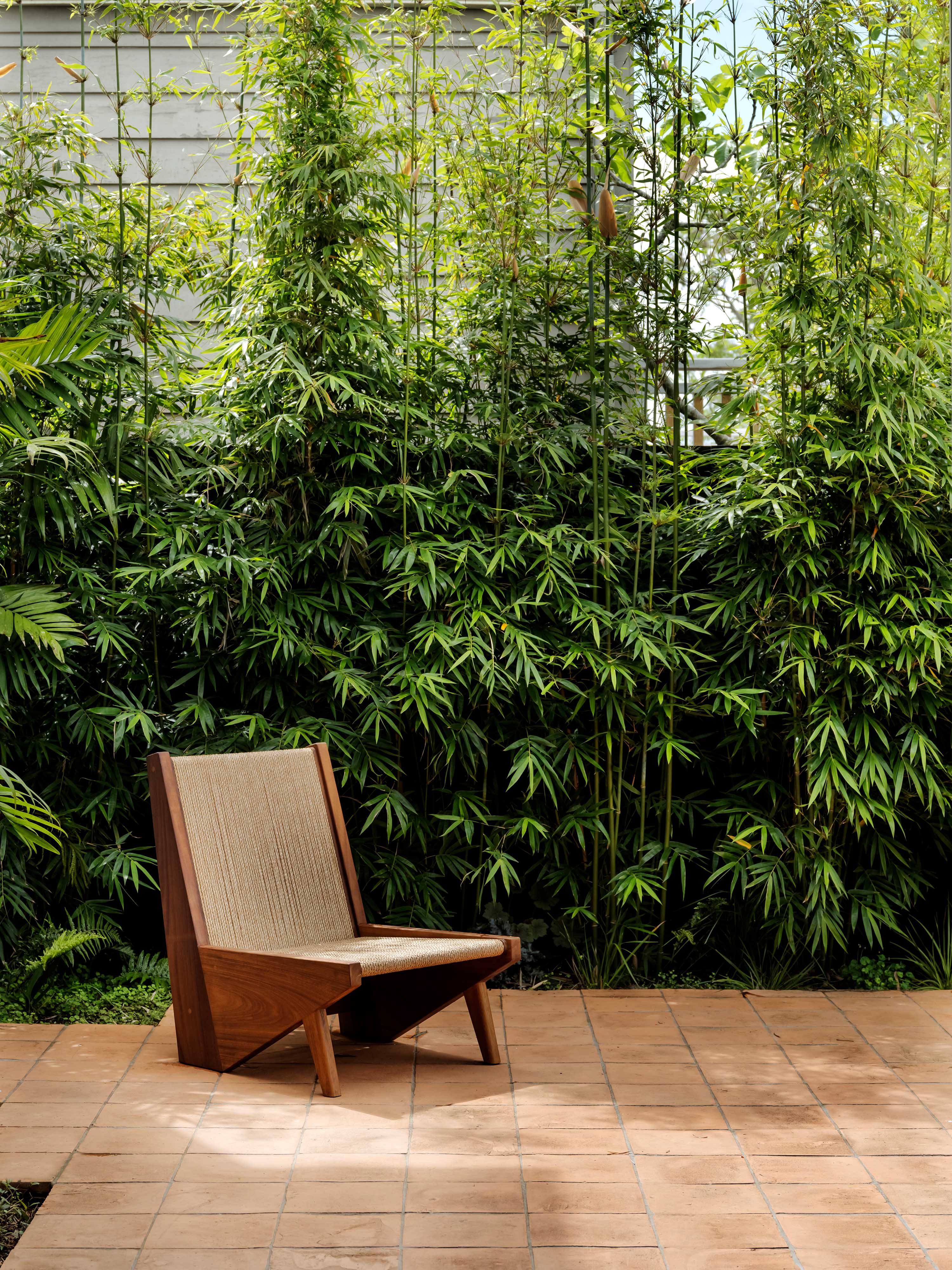 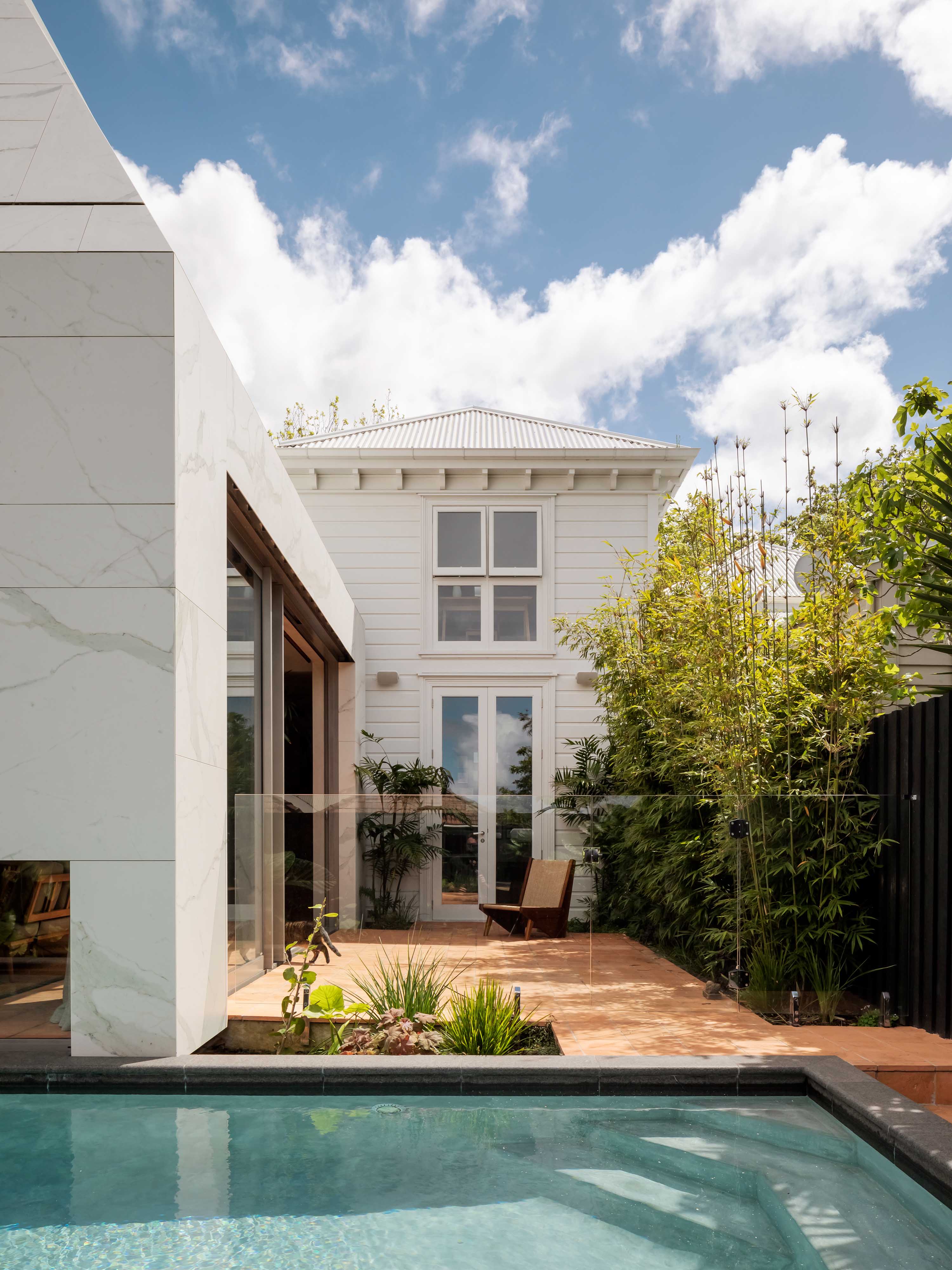 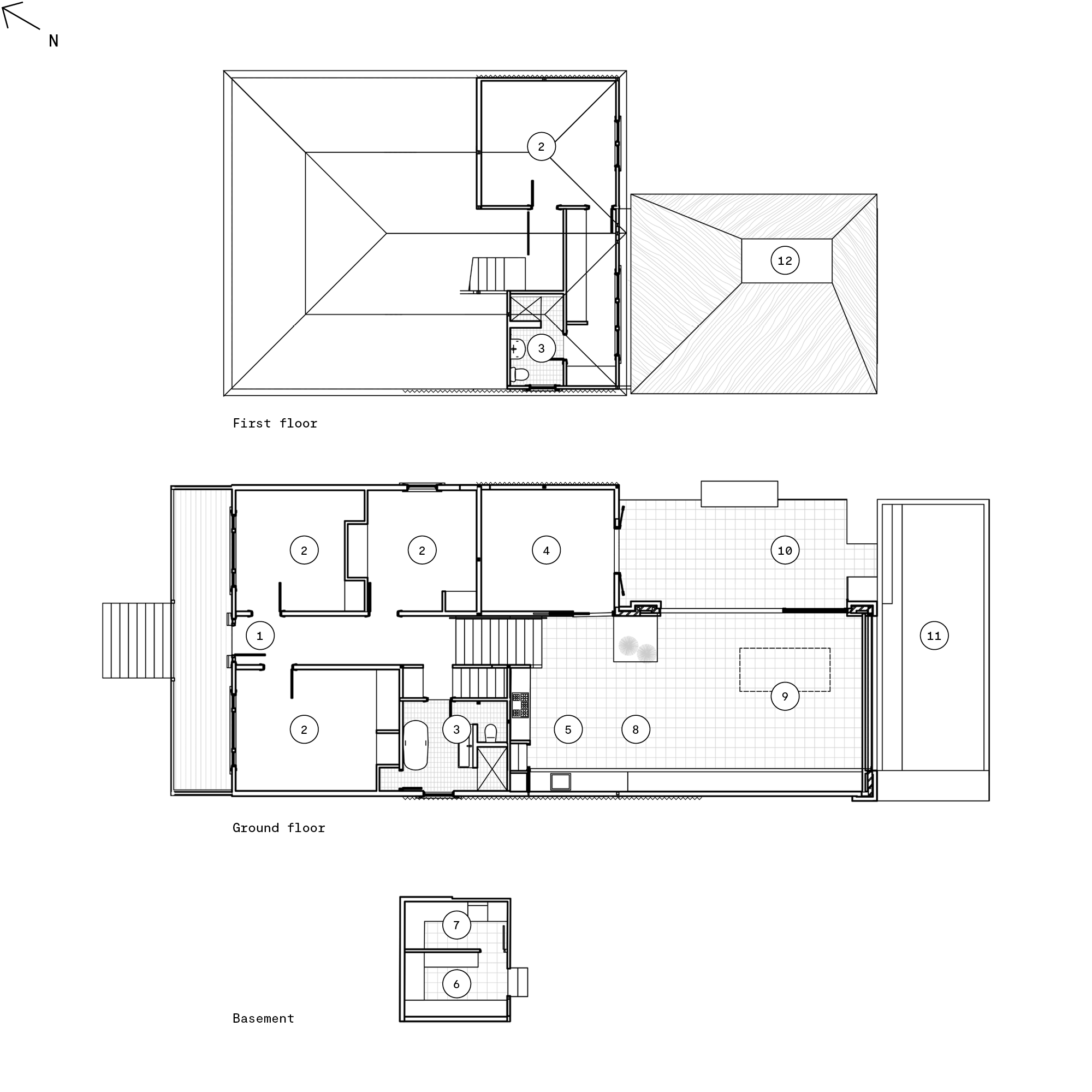