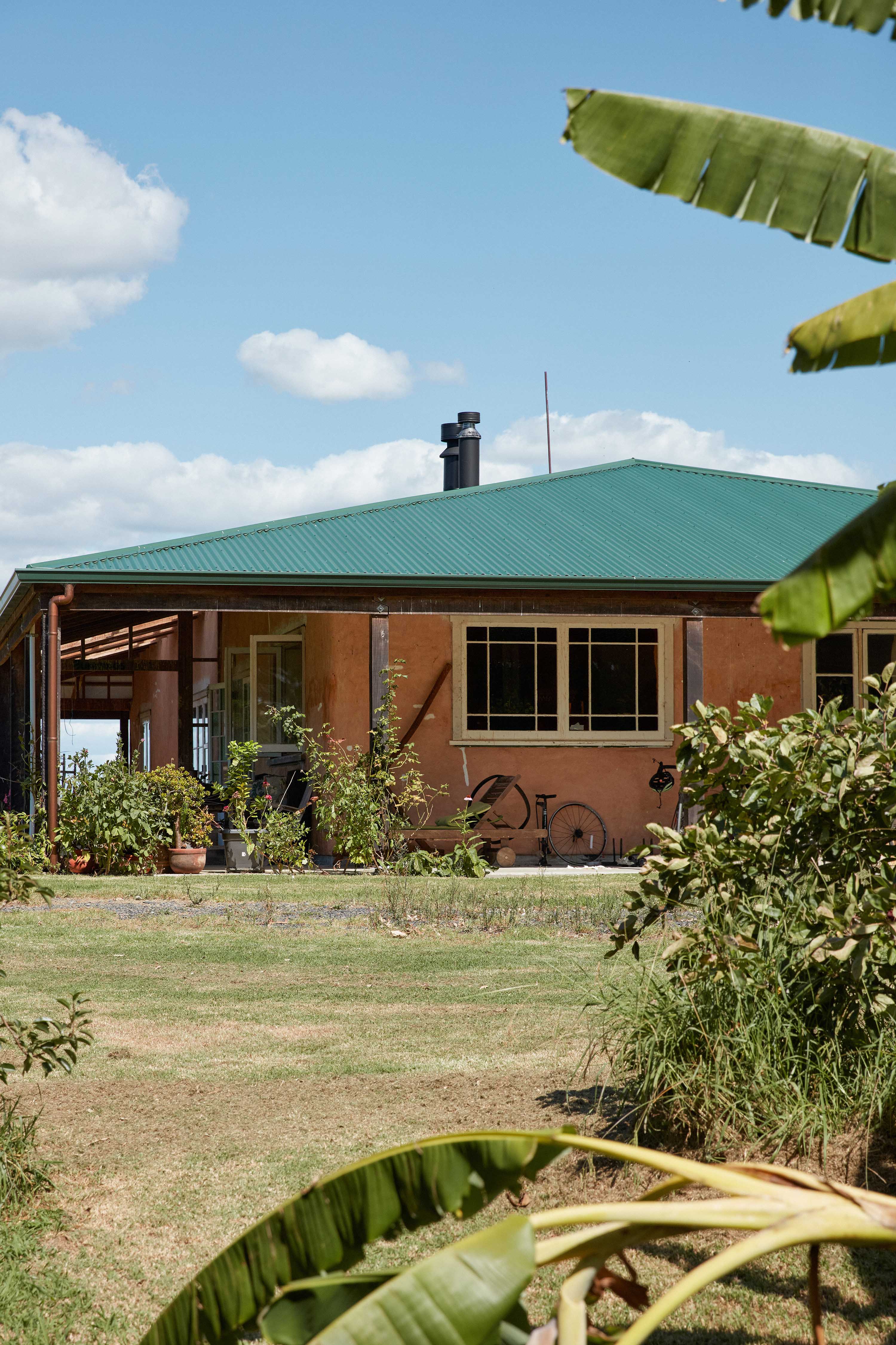 The hardest part of building our home was watching the beautiful big old gum trees come down in order to clear the site for the house. Some of the bigger trunks were carted away to be milled; the rest has become firewood. Loss of that bird habitat is something I’ll have to live with – the kākā would come in the summer and strip their bark – and we have planted hundreds of trees subsequently to mitigate that eco-guilt.

I moved home to Aotearoa in 1999 after a long time abroad and found the orchards in Pūkorokoro Miranda the same year. The land is north facing with a decent water supply, good protection from neighbouring spray and its climate is one of the most conducive to food production in the country. My partner Sean and I were determined to make a living off 12 acres, so we set about growing 34 varieties of fruit, and putting in extensive market gardens. The Parnell Farmers’ Market in Auckland proved remarkably supportive for us, and most Saturdays Sean can still be found there with a variety of good, honest, fresh organic food.

What started as a yearly summer sculpture exhibition in the orchard eventually developed into a much more serious business. The gallery was built in 2015 with generous crowdfunding from family and friends. My great love is still sculpture, but abstract paintings, prints and drawings form the major body of work represented in the gallery these days. Most of the visitors to the gallery are on their way to the beach from Auckland, and stop in at the cafe.

The occupational hazard of being a gallerist is buying works yourself. Sometimes after I have walked past a painting or a sculpture every day for a month, I realise it is now part of me: sometimes it’s an instant decision, but often, as in the case of Neil Miller’s works, the meaning of a sculpture slowly reveals itself to you. Having collected the art of Aotearoa for nearly 40 years, I consider myself extremely grateful to have been able to build a house in which to put it all.

For many years, we lived in a much smaller straw-bale house on the property. While comfortable, it was essentially one room and we always planned to build on the site of the old homestead next door, which we’d previously used to house Wwoofers. In 2016, we submitted our design for a new house, with plans drawn up by architectural designer Richard Smart. Eight months later we were permitted to begin. Five years on, we still don’t have a garage or a conservatory – two people take much longer than a team of builders, and we had livings to earn as well.

The old place came down – we kept the mataī floors and re-used them on the kitchen ceiling, and rimu floor joists now hold up the verandah – and we started to build. Using bales of straw as a building material drastically reduces the amount of timber required to make a house, but that is a small consideration compared with their low embodied energy and the thermal bulk they provide. Add to that their affordability, renewability and the fact that they are largely a waste by-product of grain growing, and you can see why we have now built two houses using straw.

Due to council regulations, the majority of the cost of our house went on external labour, and materials for the bones of the place. For various reasons, we weren’t able to be as eco as we would have liked. I wanted an earth floor, but all the foundations ended up being concrete. Suggesting we lay bottles under the concrete as a thermal/moisture break produced condescending smirks from the building inspector. As Mike Reynolds, the founder of the Earthship movement has noted, experimentation is vital in furthering environmental improvements in the building industry. So far, local councils of Aotearoa New Zealand have no such understanding.

You need a good licensed builder for initial construction on a job like this. Roose Butcher Builders gave us Barrett Squires because he was “a thinker”. He had exacting standards and an eye for aesthetic detail. The concrete foundation got poured with brackets for verandah posts, and a 50mm frame on the concrete floor was filled with pumice to sit the bales on. This was to create a barrier against water ever reaching the straw. Wooden stakes were set into the concrete onto which the first bales were skewered. The framing was next, with the entire house precut and nailed into sections by Bunnings out of J-frame, all delivered in one mighty truckload. 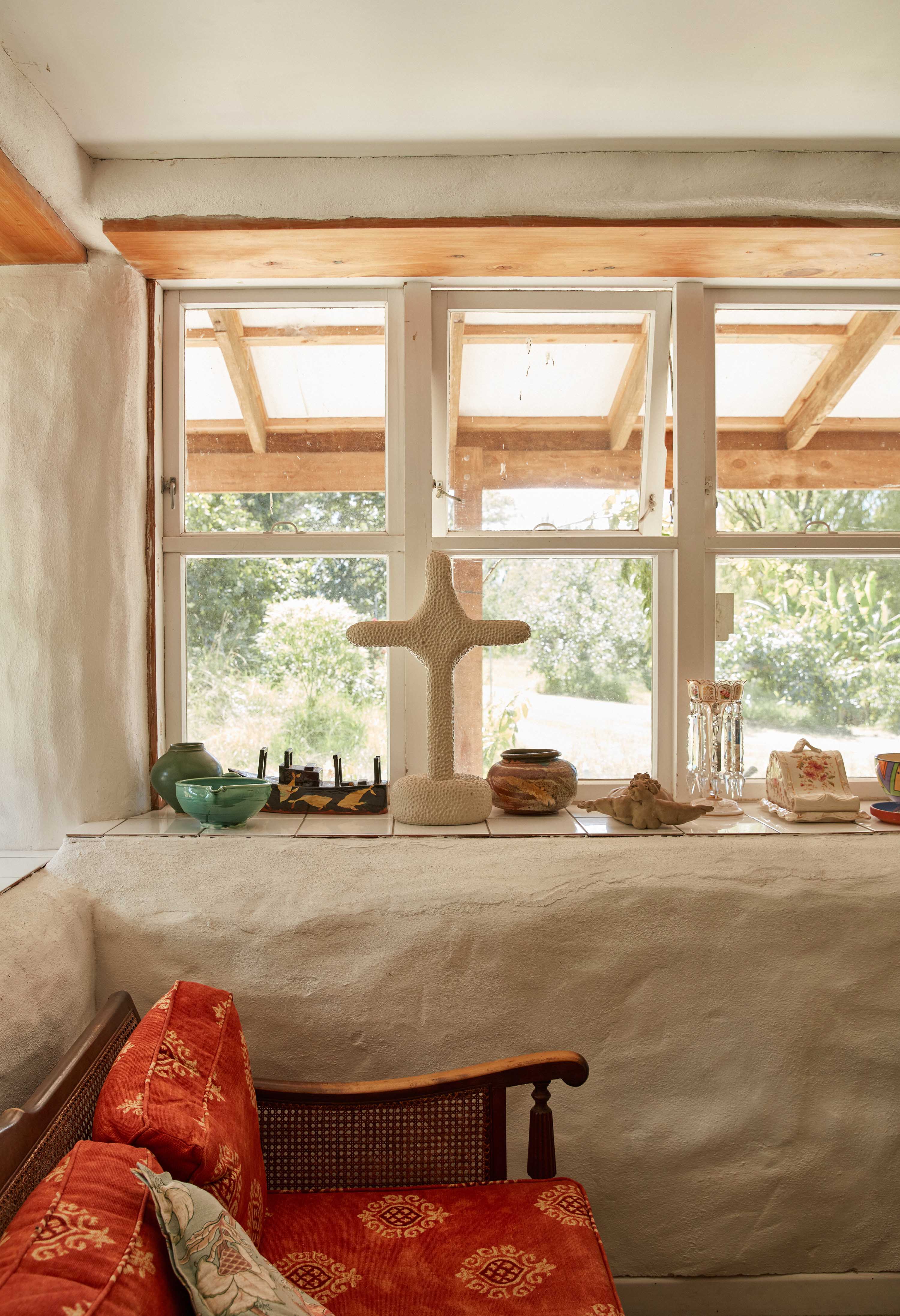 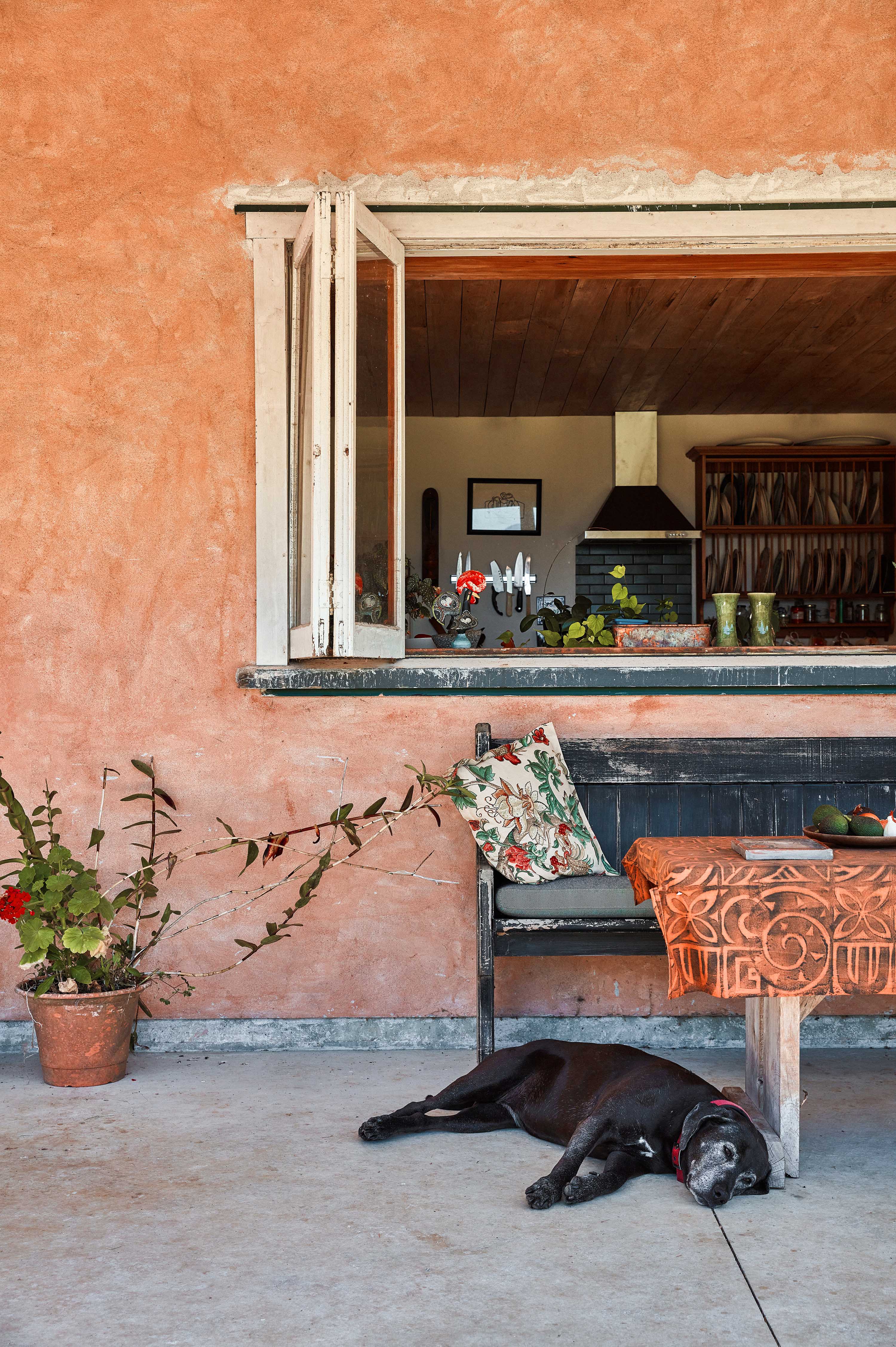 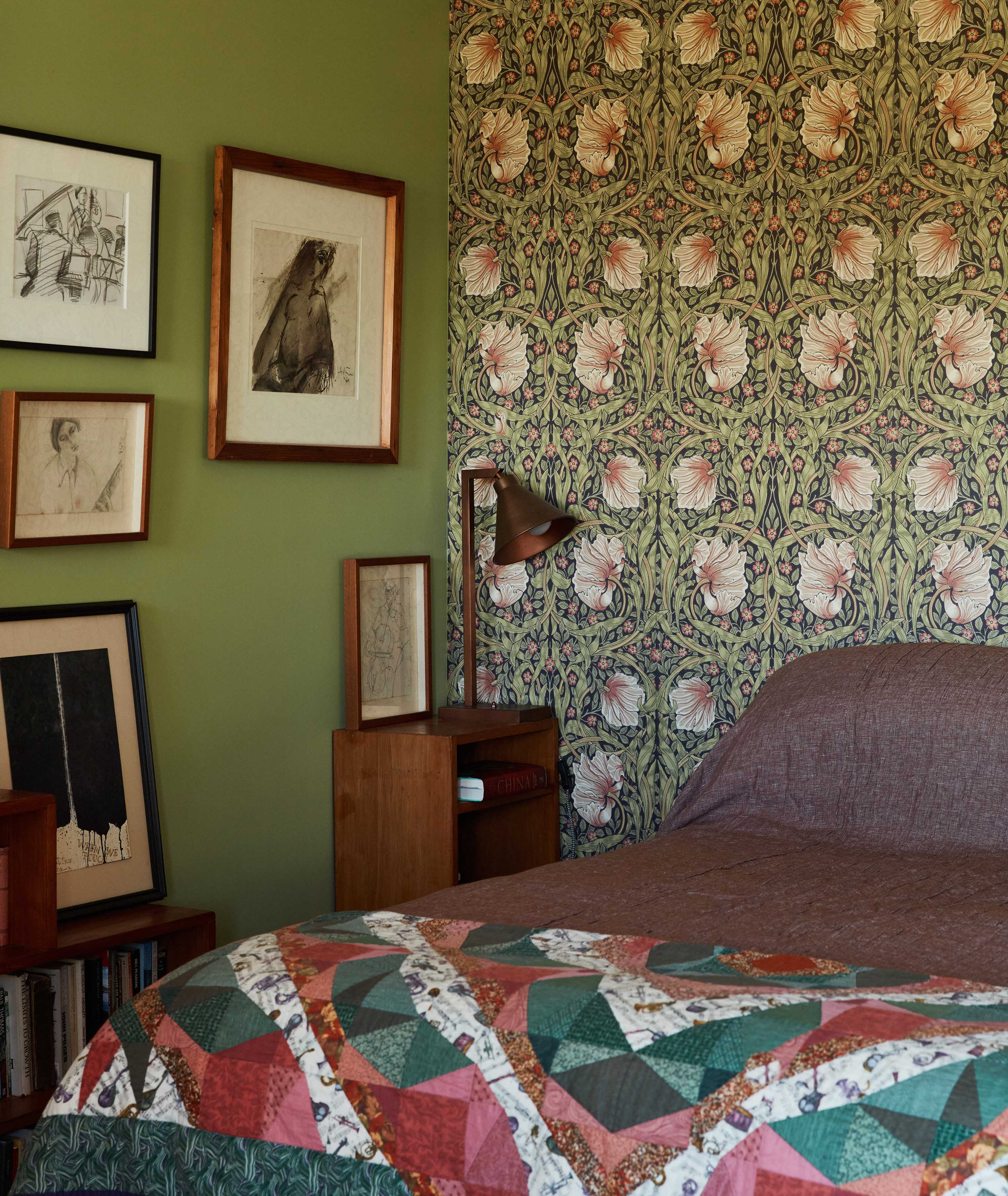 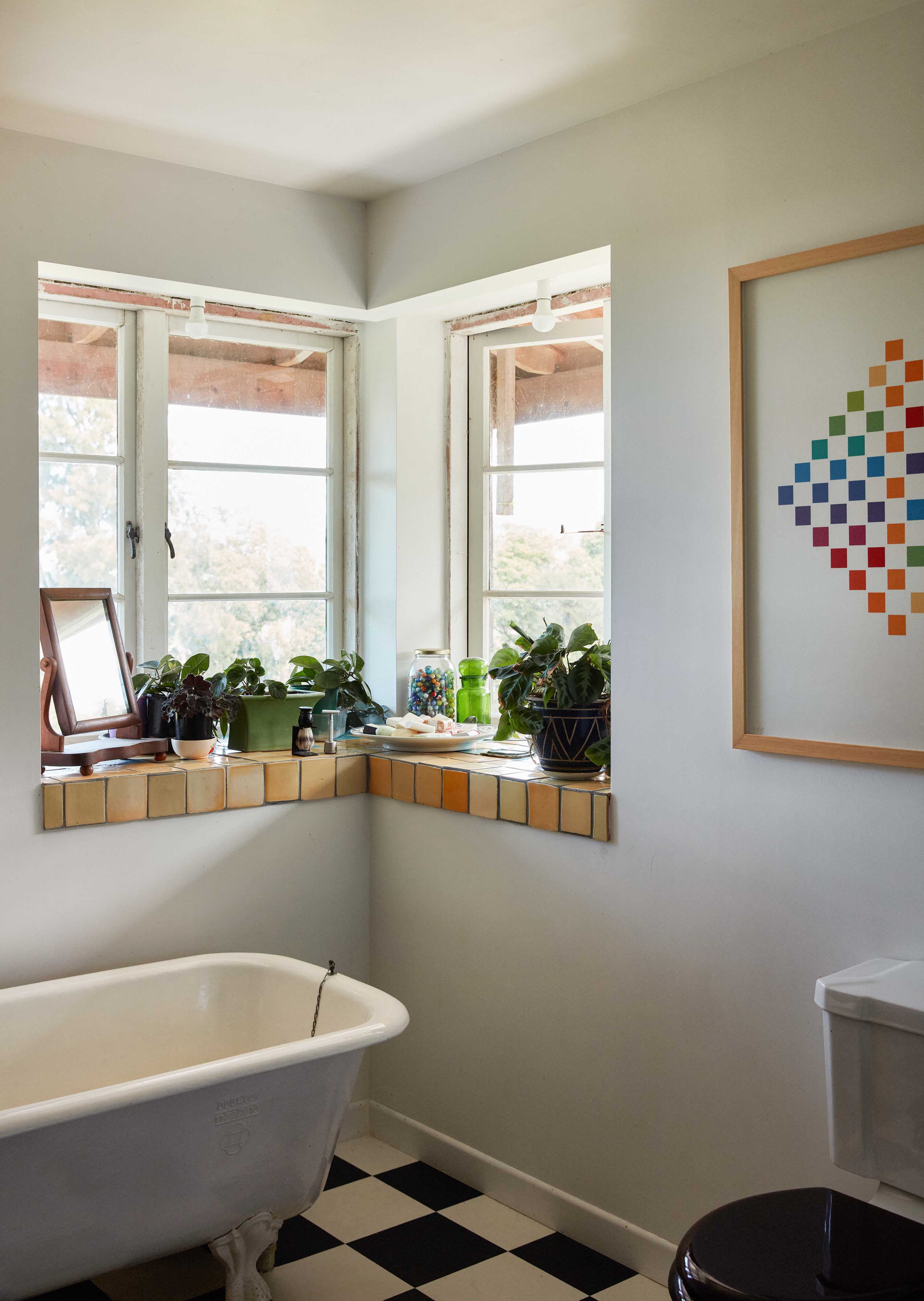 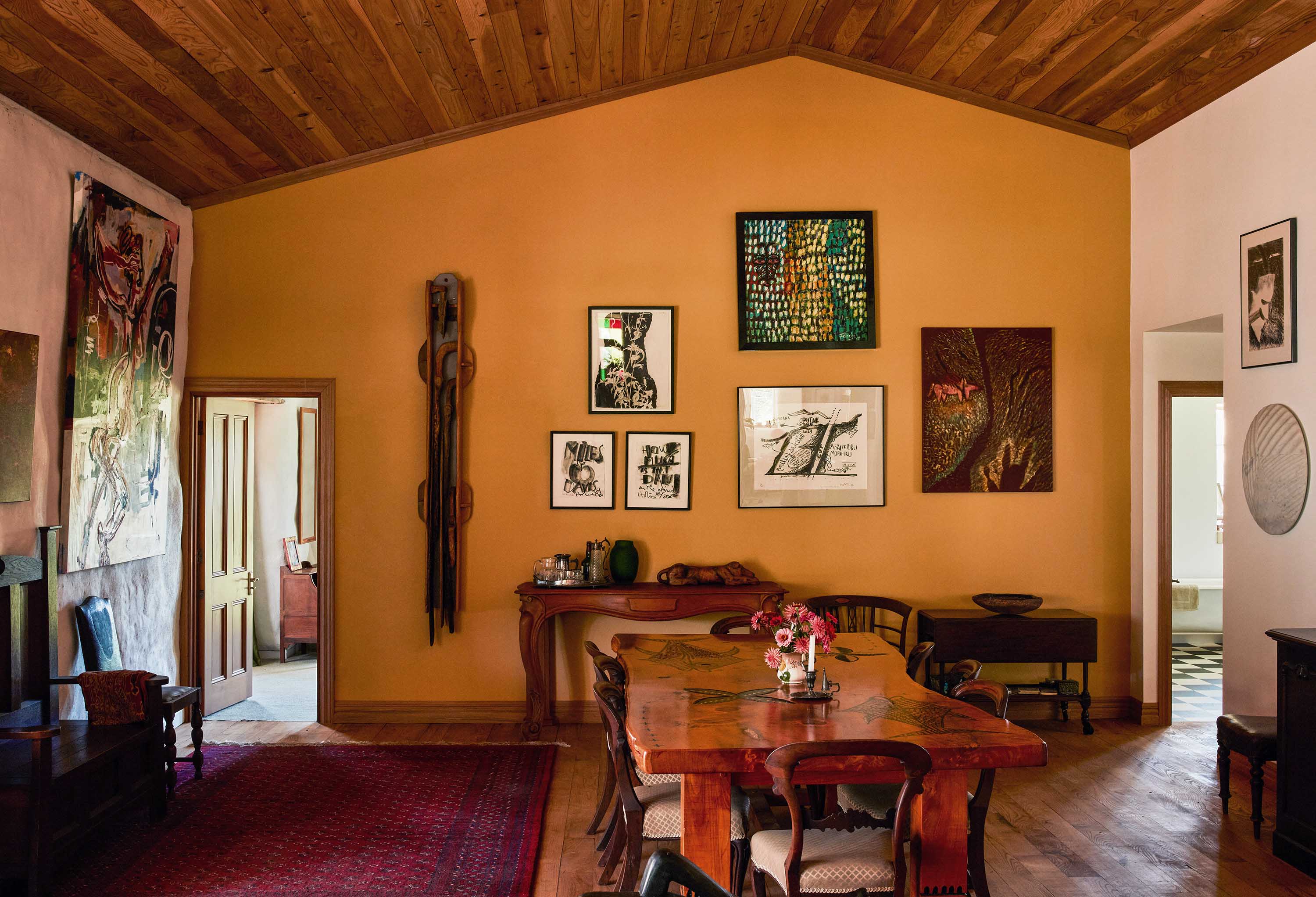 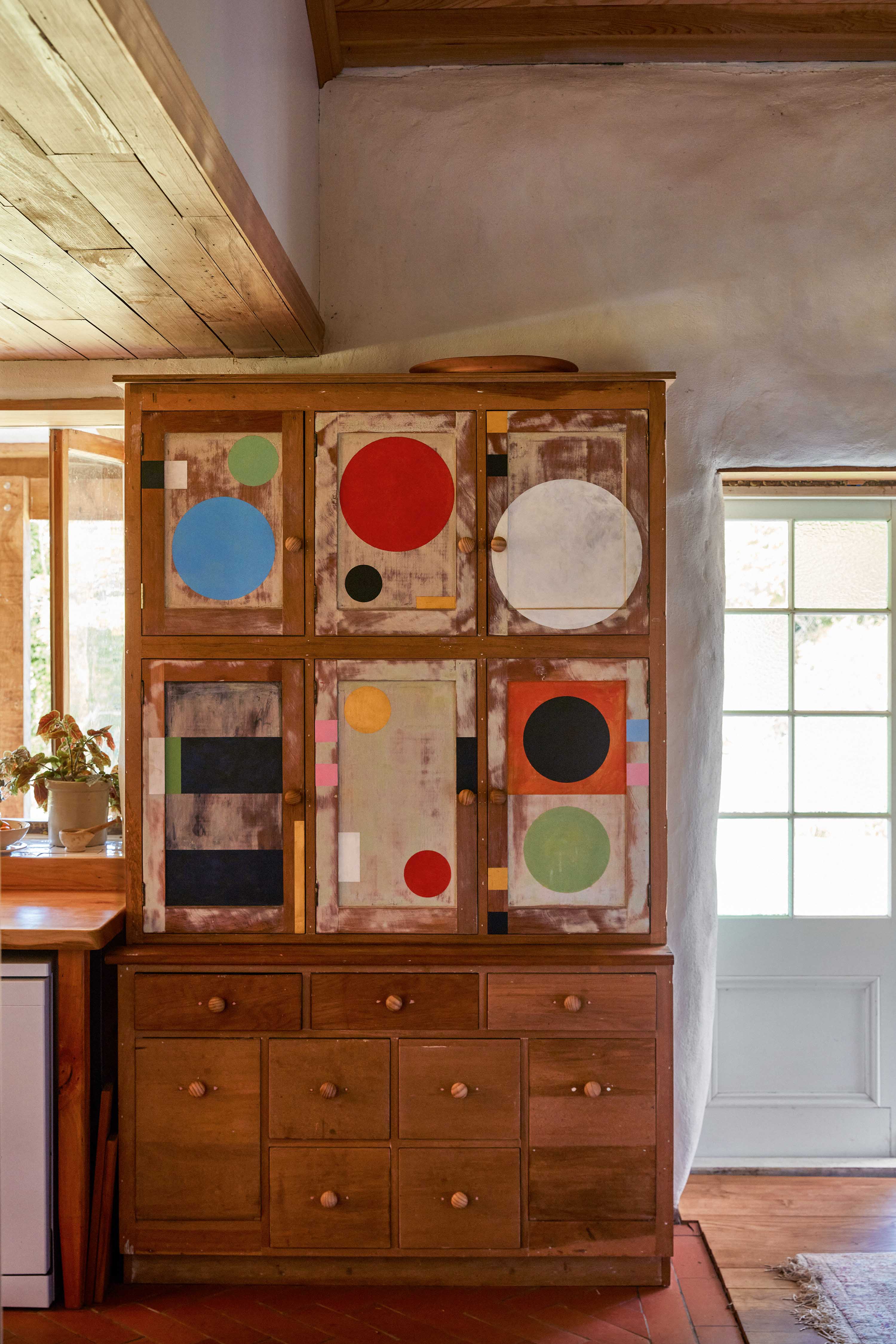 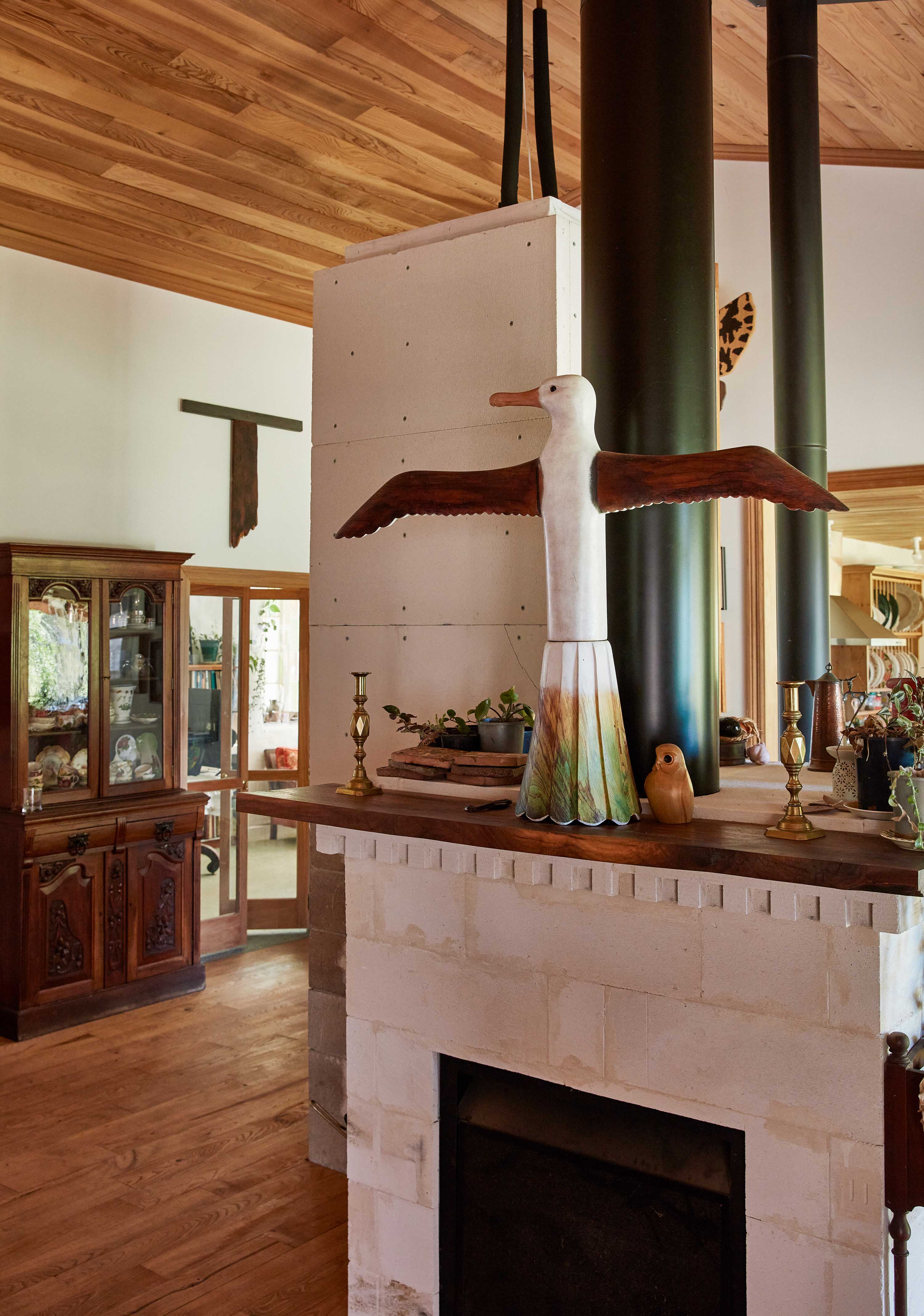 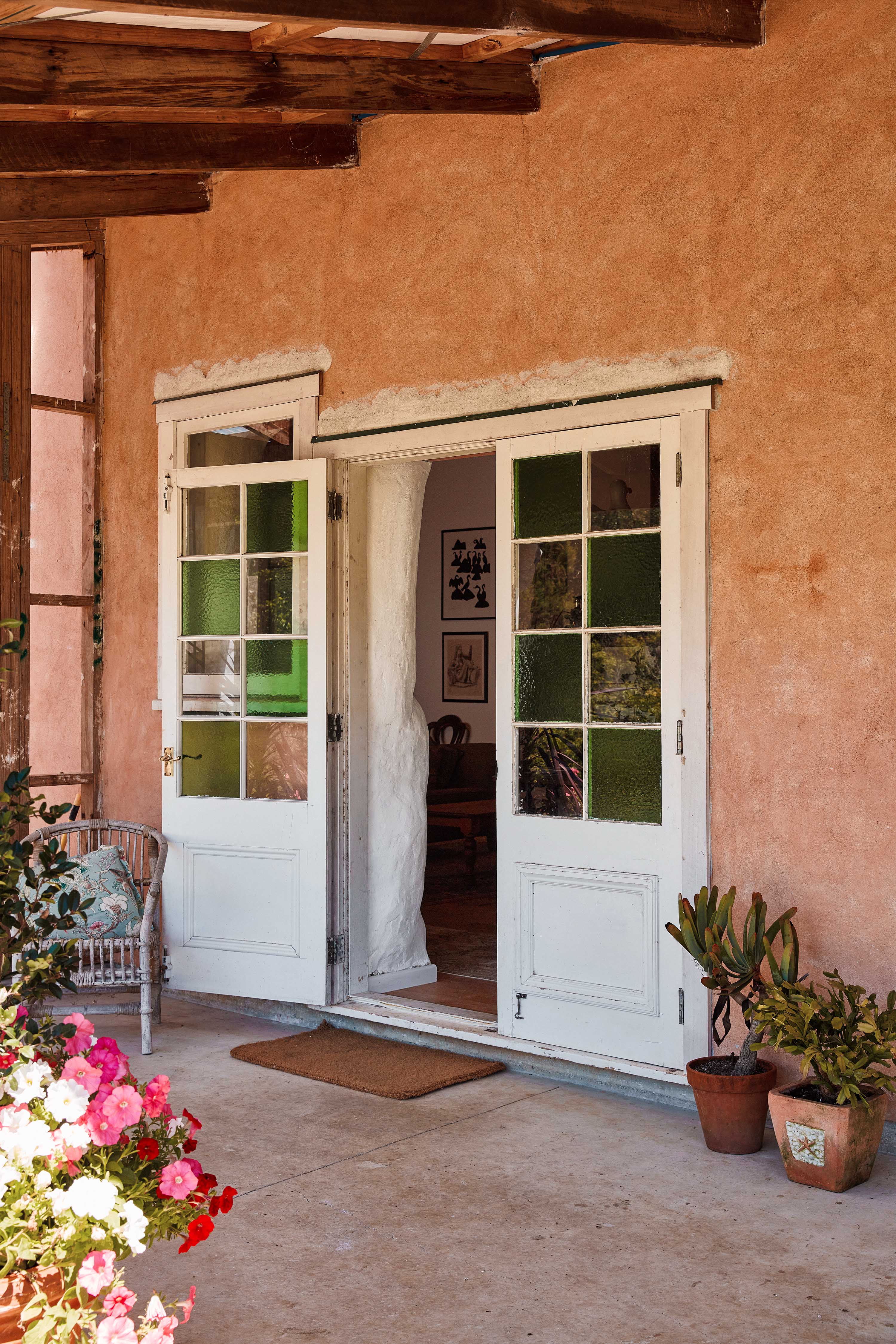 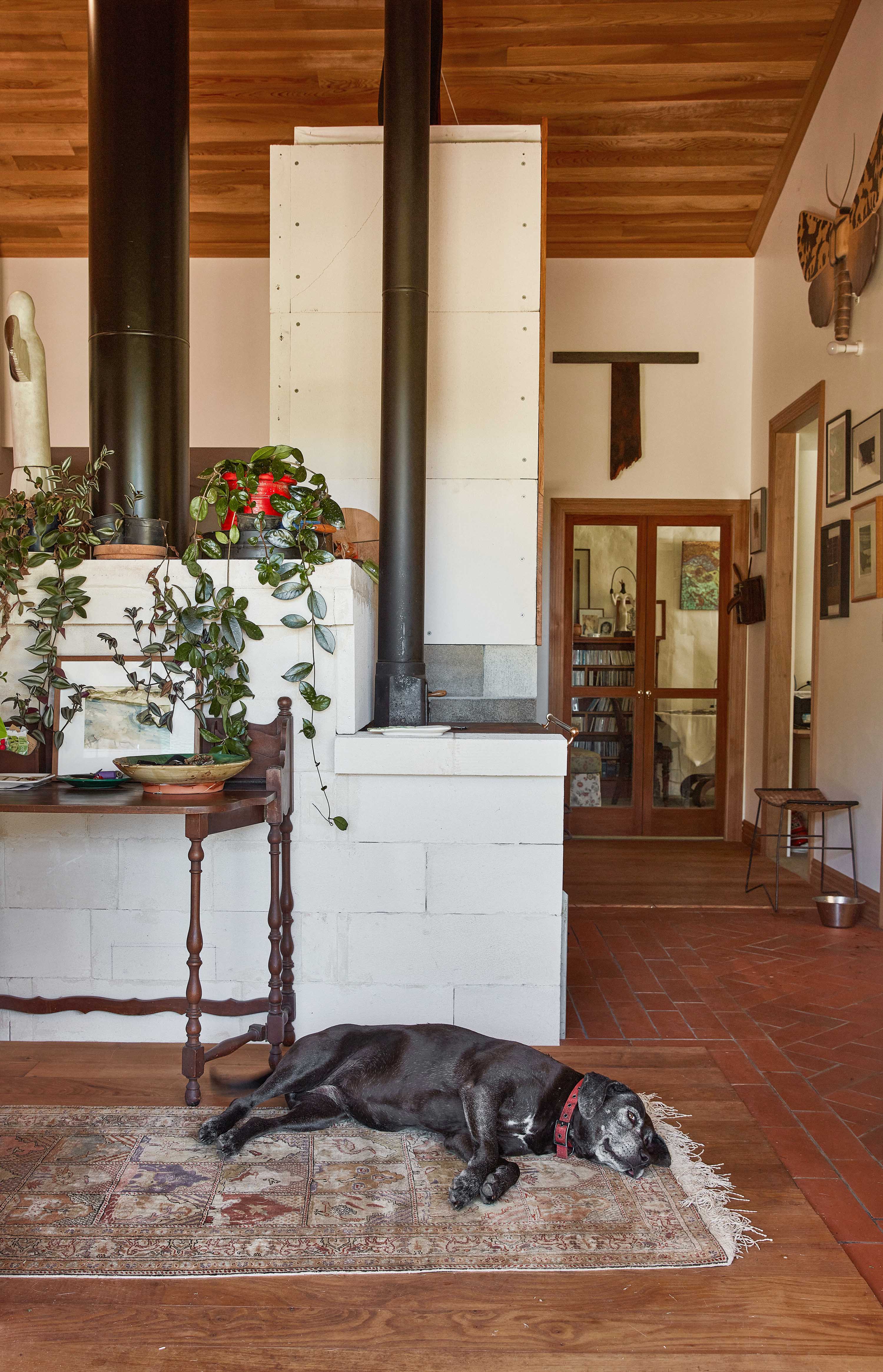 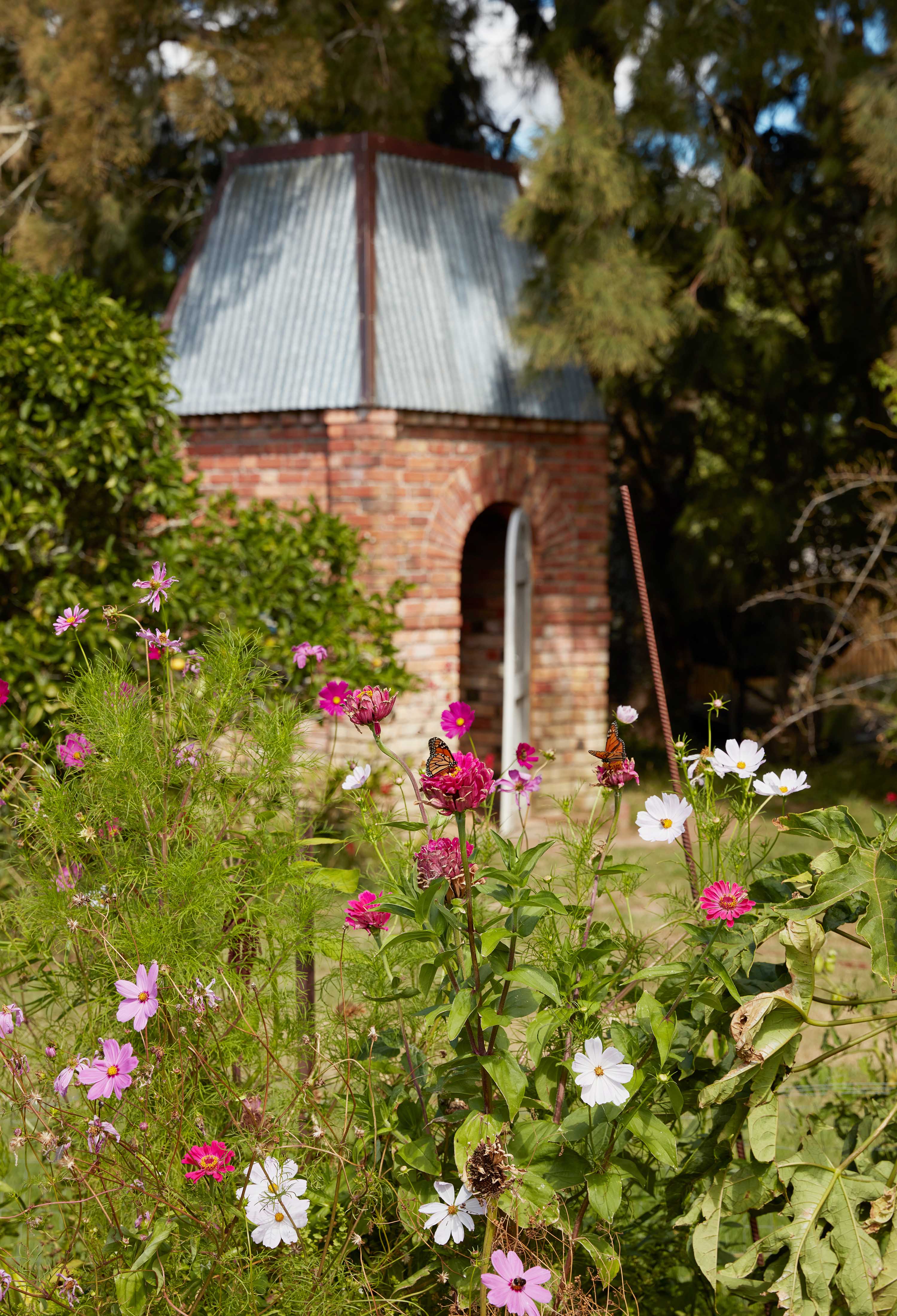 I had expected pine, but we got a laminated product which is evidently straighter and stronger. It is also glued together with phenol formaldehyde resin, which didn’t sound good to me, so we left the framing exposed to the air for more than a year to hopefully let the formaldehyde gas out. We stood it up and nailed it in place, while every licensed builder in the country was away at the beach for Christmas. The roof trusses were lifted into place with a Hiab by a bloke who knew exactly what he was doing. It was a joy to watch.

We were left to our own devices installing the windows and doors. I had spent years scouring demolition yards for recycled pieces – for morning sun and afternoon light, doors to go out into the glass house, ancient rimu foldaway windows with nice latches and bronze hinges. All our internal rimu doors came from a demolished church hall, so they all match – such a find. Not a single window ended up being at the same height as the next one. (Well, Barrett was at the beach.) It just doesn’t look like a regular, square-on, symmetrical, everything-in-its-place sort of house. Your eye stops here and there to take in the irregular details, and we love that. Once the windows and doors were in place, the slow process of infilling with straw began. Placed like bricks, the bales are offset on top of each other, and there is a fantastic amount of work reshaping smaller bits to fit in the odd spaces that eventuate.

We slaked our own lime for the render – an ancient process where quick lime is added to a tub of water. It has an exothermic reaction and boils like the mud pools in Rotorua, but then settles down and, stored in barrels, slowly takes on characteristics that are hard to describe. It’s elastic, semi-structural, self-supporting, forgiving and reliable! The longer you leave it, the better it becomes – 10 years was usual in antiquity. We stored ours for more than a year. The bales should be a bit moist when you begin, to aid adherence, which you think is never going to work, but the straw grabs the render and the render obliges by staying put. As it dries over the next two weeks, it slowly lightens in colour. It then transforms into calcium carbonate, or limestone – hard like rock. The second coat evens out the surface that will ultimately be whitewashed. Some people do three coats, but our house is 402 square metres, so we stayed happy with two!

What I was quite unprepared for was the sculptural nature of the next stage. The bales make for an uneven surface, all undulating and bumpy, because each is a slightly different shape. As you apply the plaster, the curves of the building slowly reveal themselves. Valleys and dips can be plastered over to an extent, but the imperfections were the magic for us. The whitewash which goes on next is just lime render and water. It covers a multitude of sins, and smoothes the sandy surface a good deal. We dyed some for the outside coat with red and yellow iron oxide to create a warm terracotta shade, but the inside walls are pure white. The sensuous curves and rounded corners are so harmonious to live with, so terribly organic and rustic to look at, but with a sort of sophisticated Greek feel about them. This house was designed with our pictures and sculptures in mind, and we’re so happy with it. 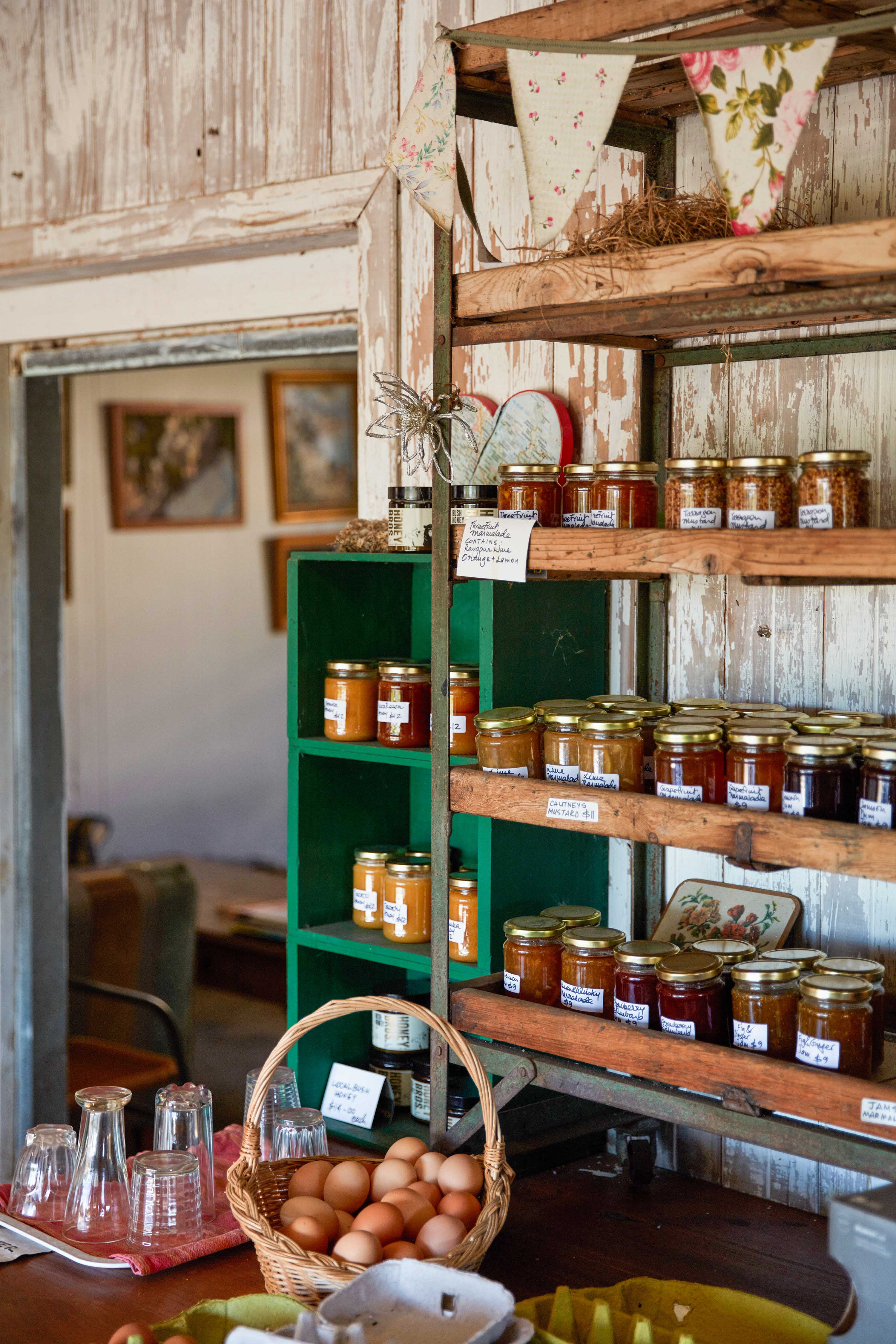 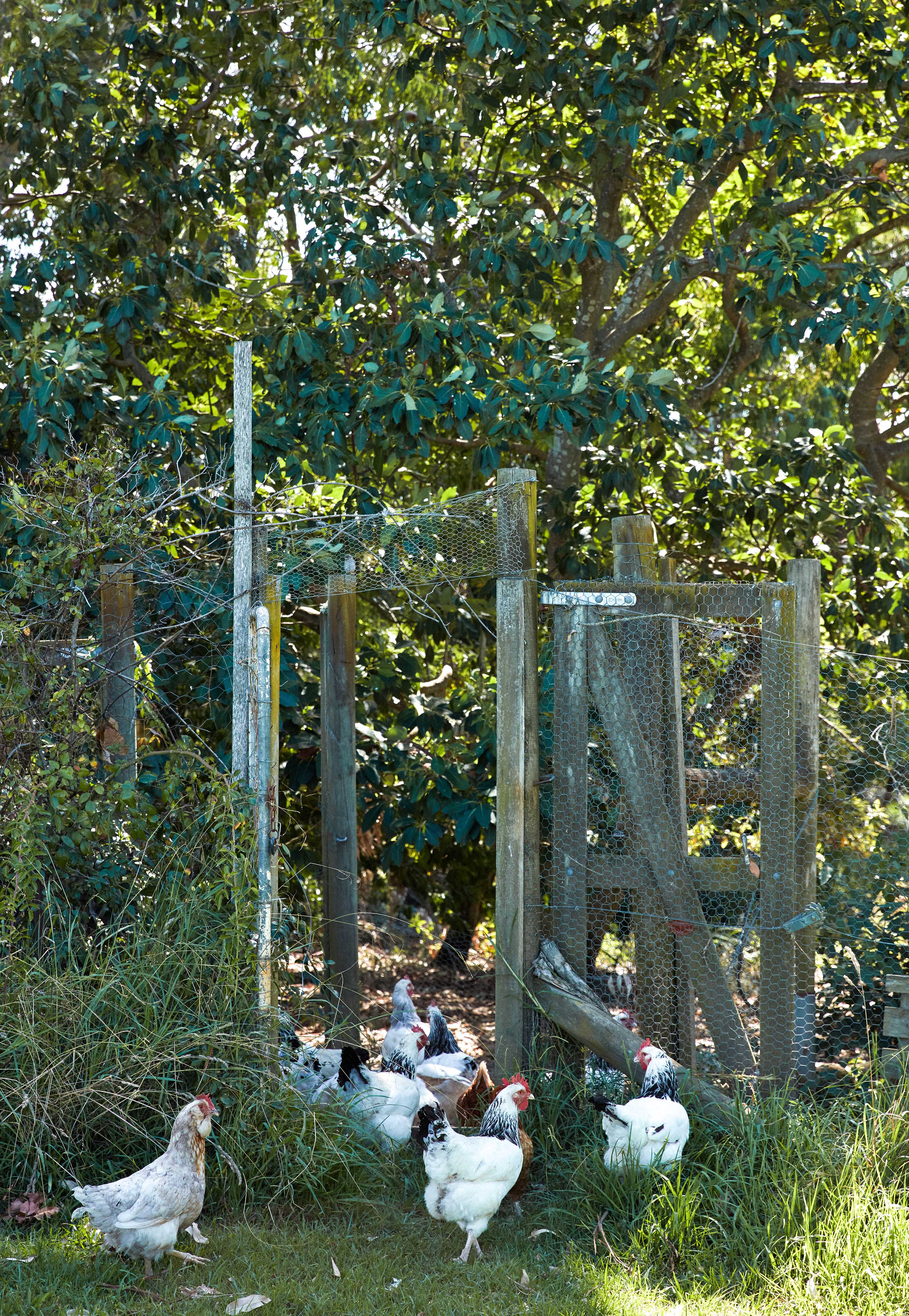 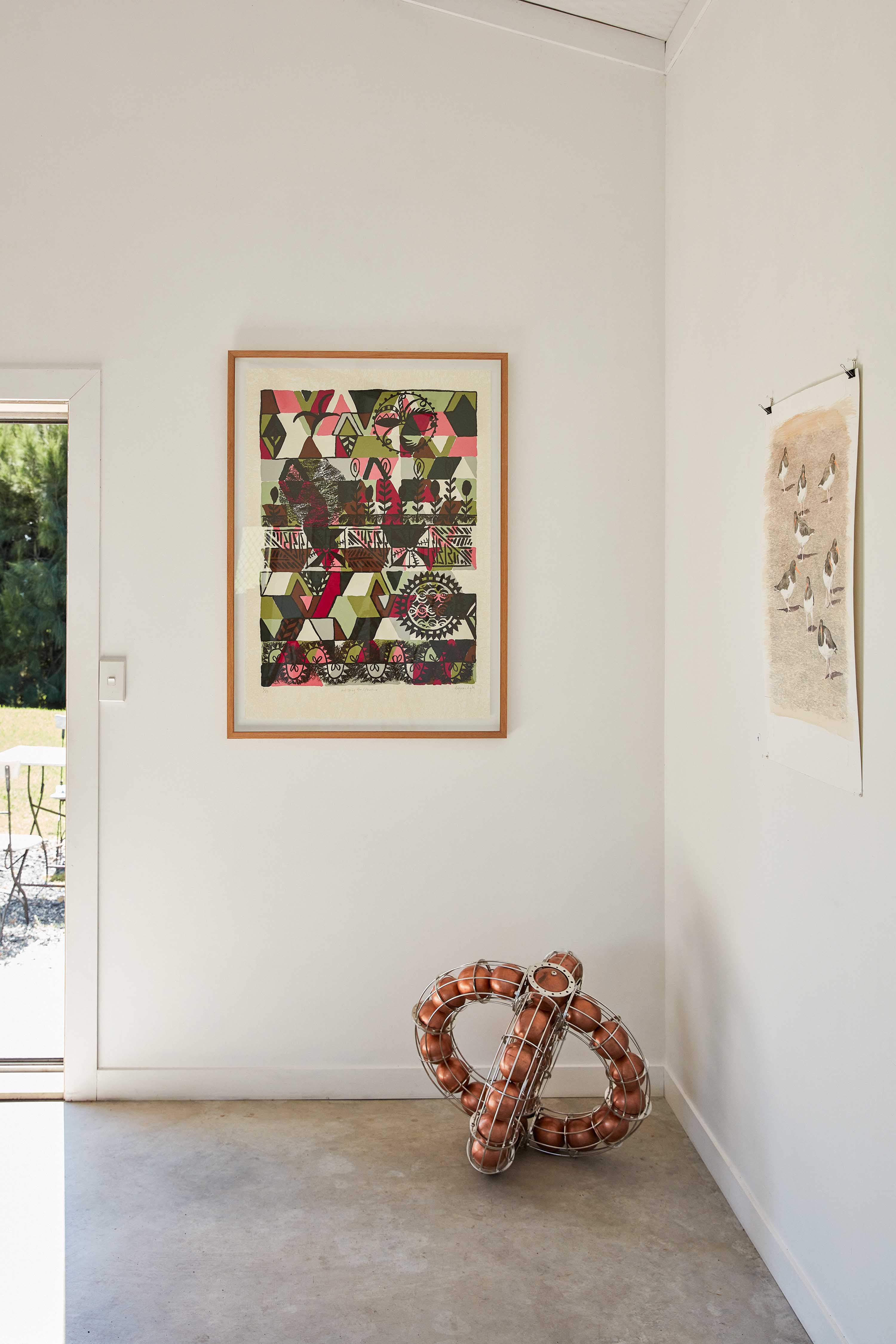 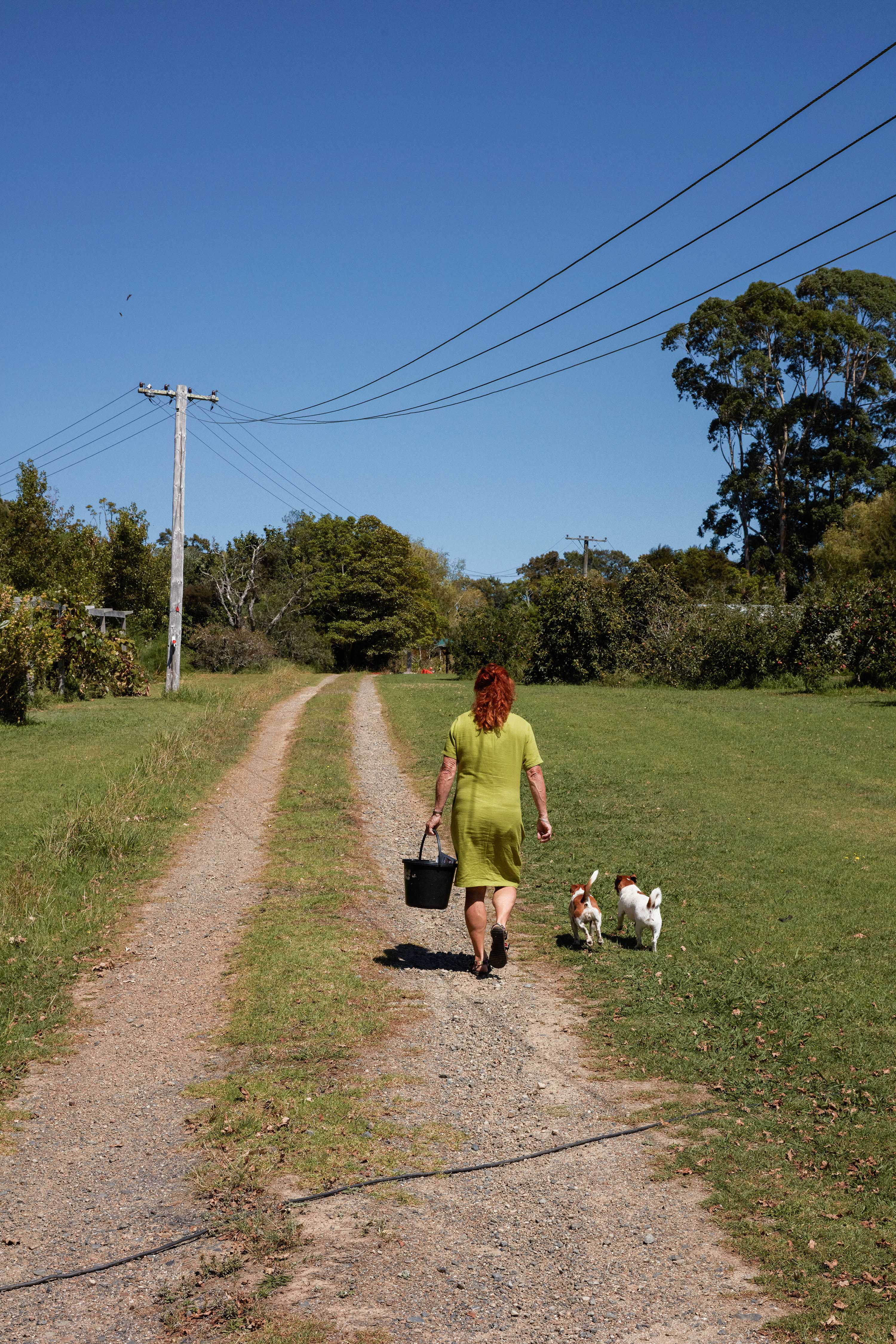 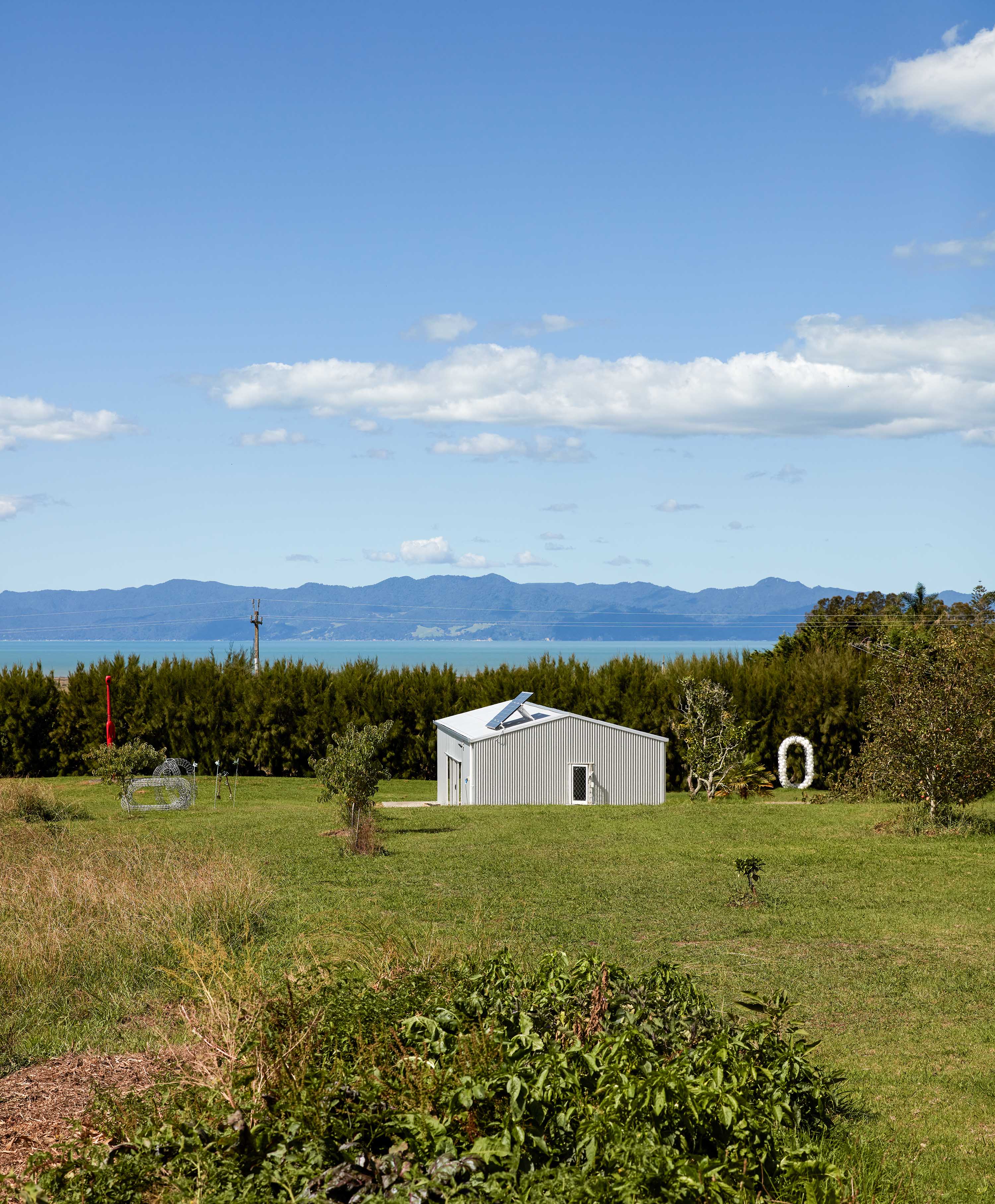 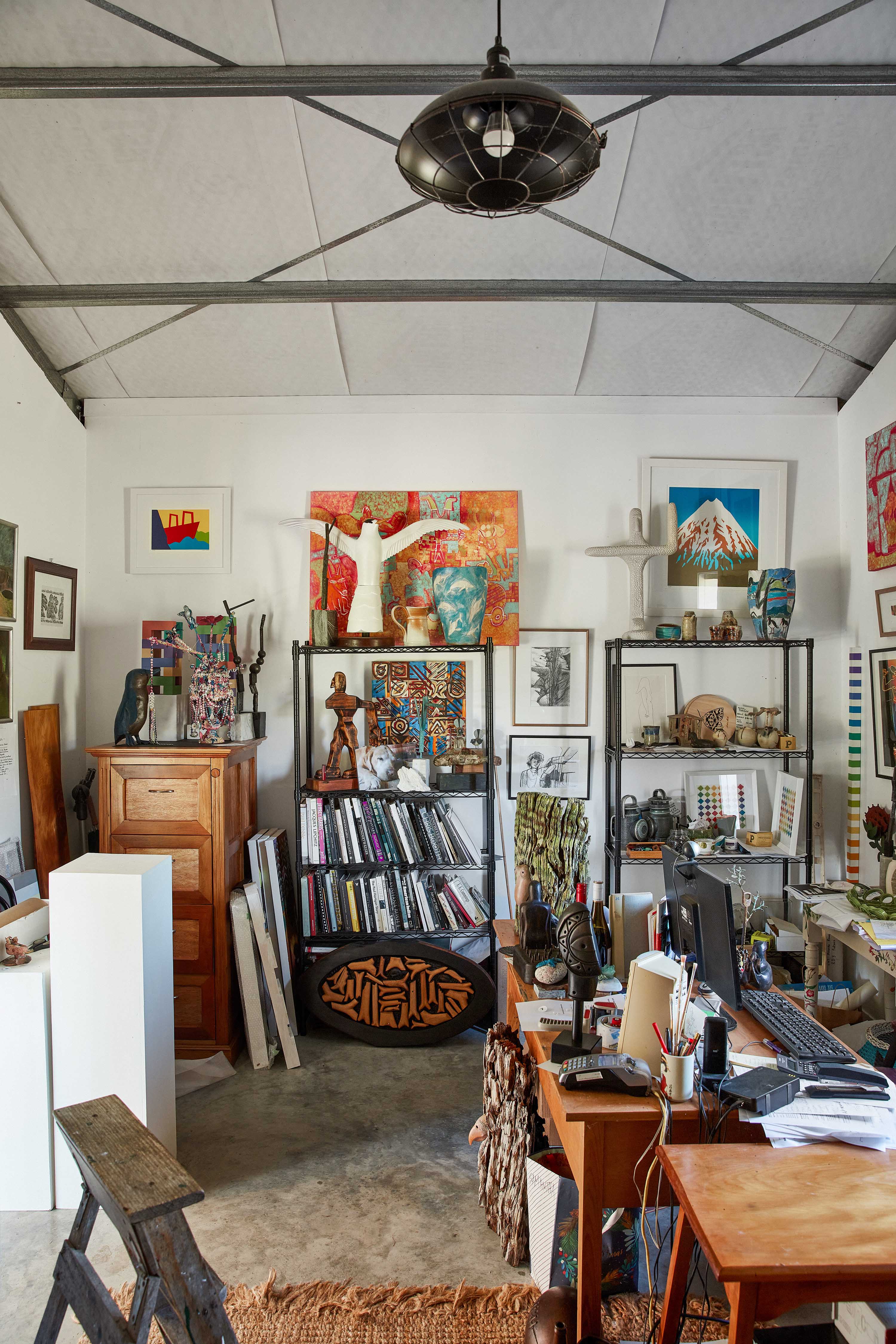 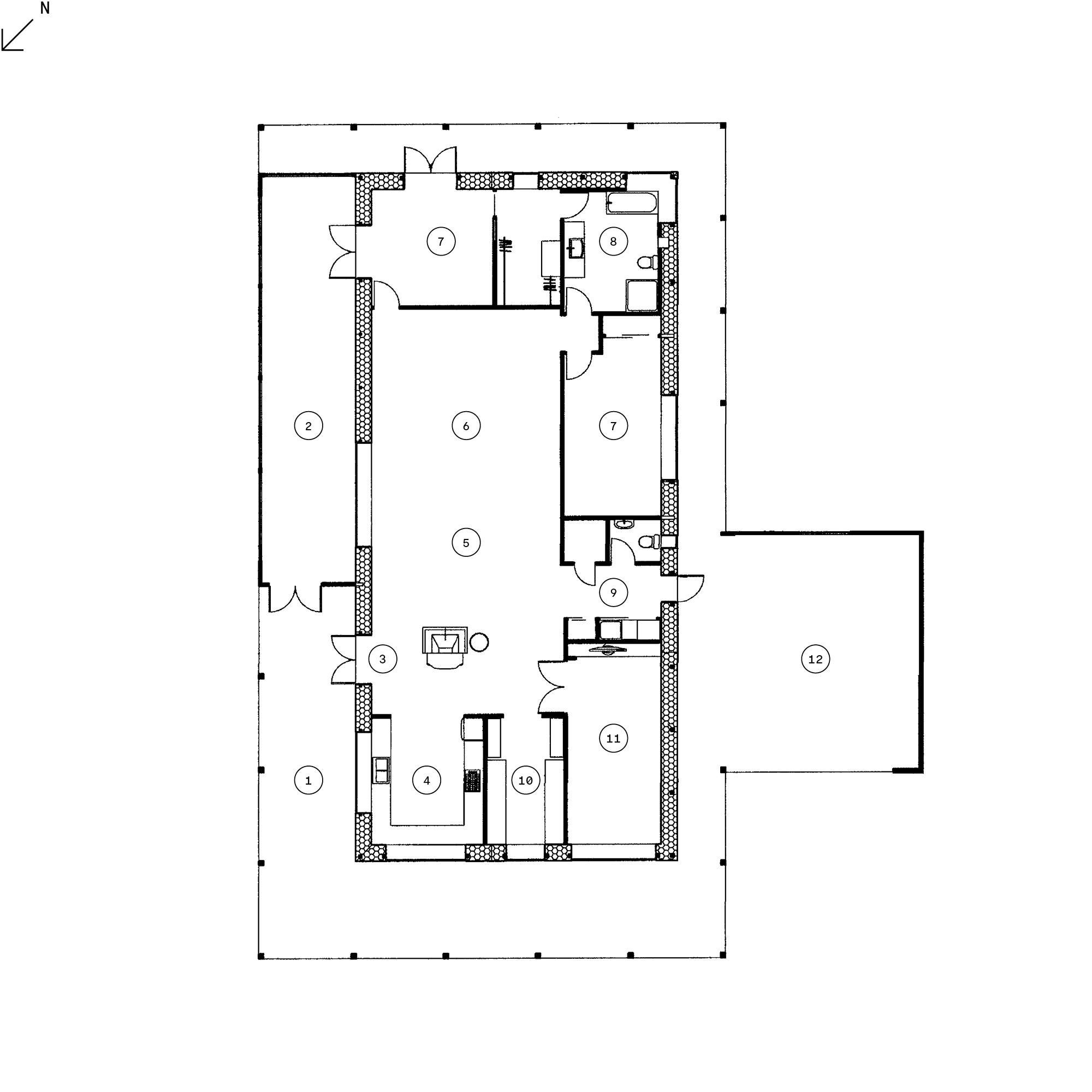