Patchwork Architecture presents an elevated take on intensification in the capital. 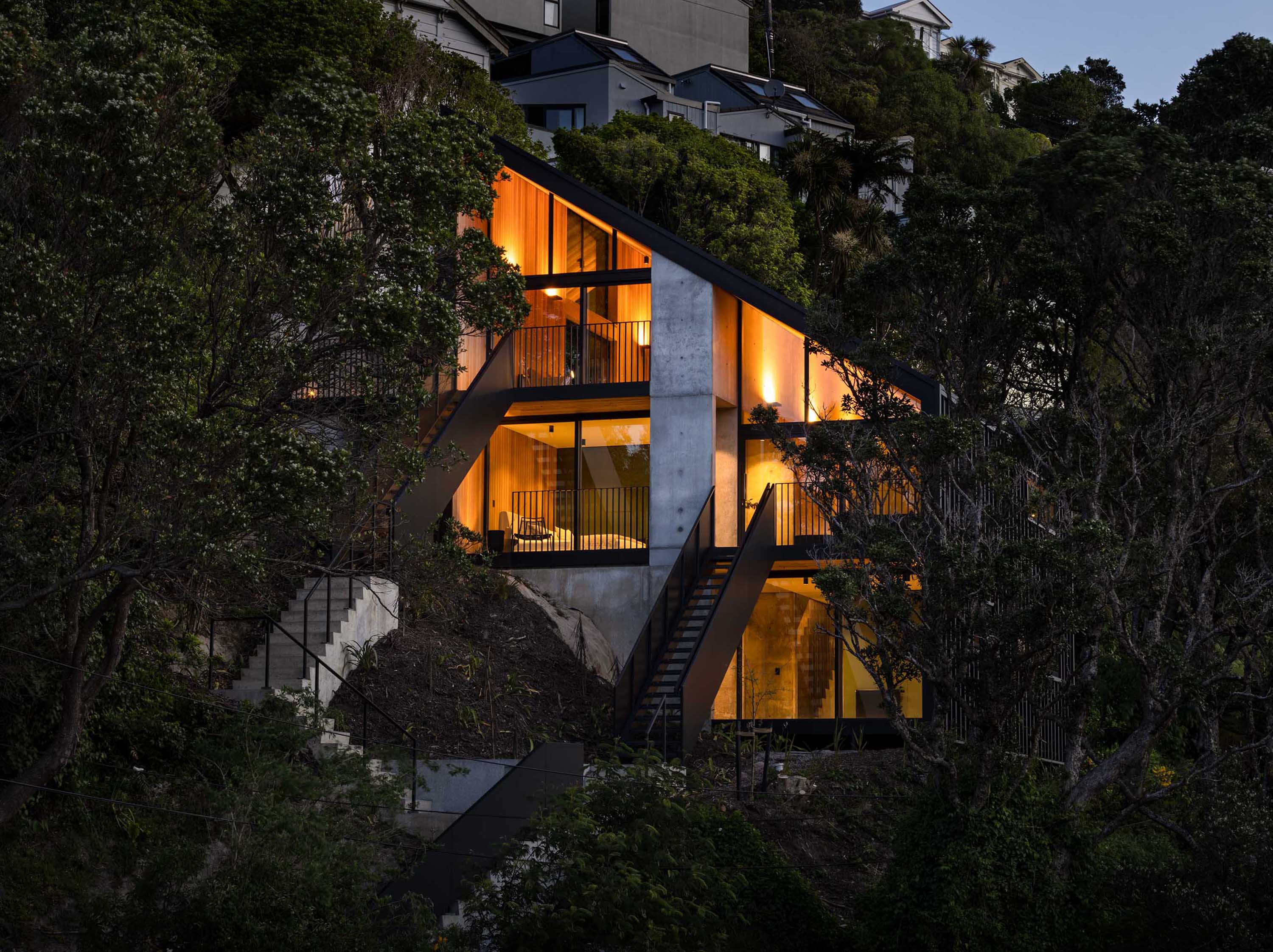 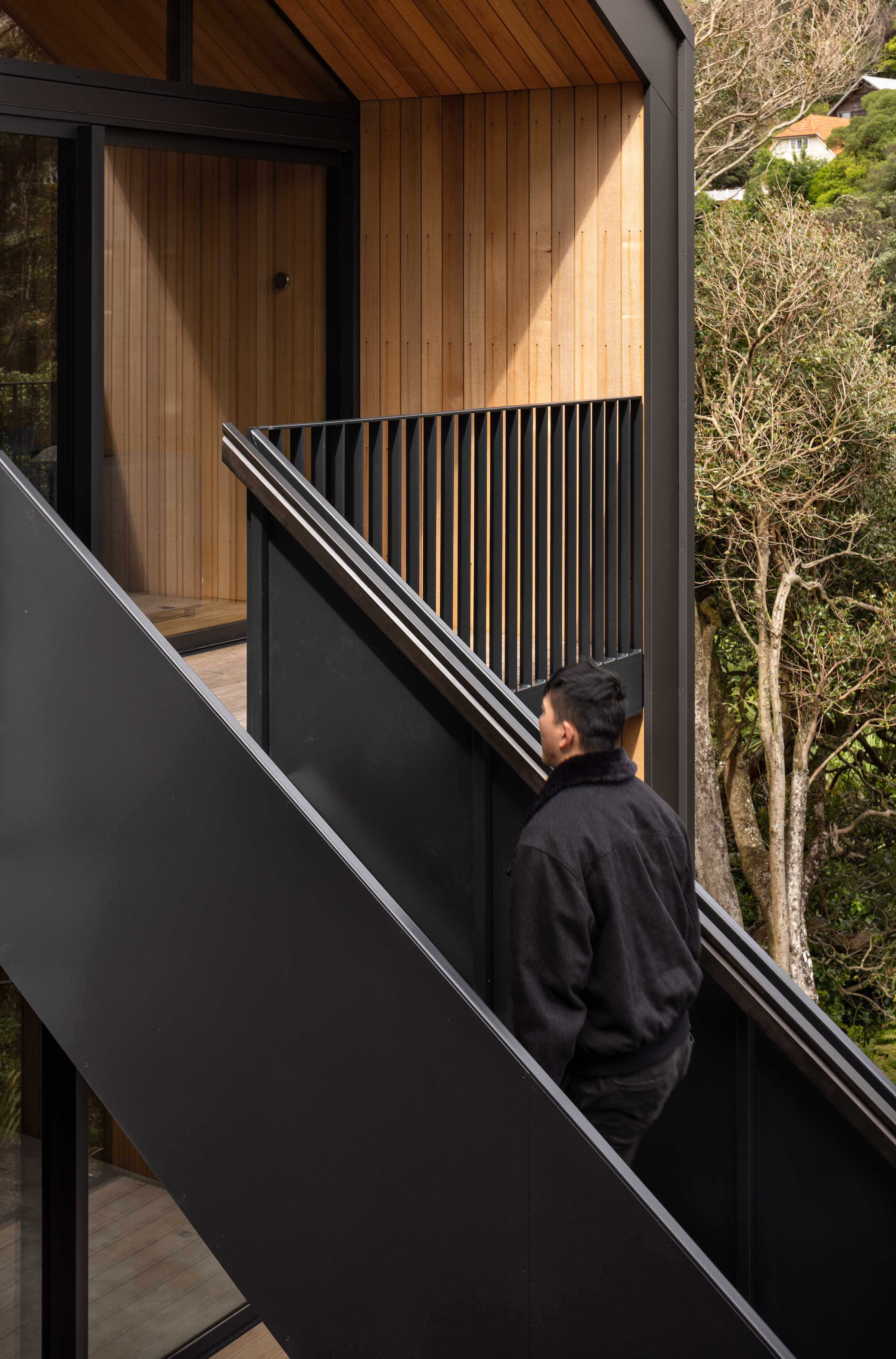 Te Whanganui-a-Tara Wellington’s Upland Road, in university-suburb Kelburn, has always had a sense of grandeur. It’s a street of many large, elegant old homes, with a few well-done modern insertions. The grandeur may also be, for me anyway, the result of that line from a James K Baxter poem: “Upon the upland road / Ride easy, stranger...” Yet last month, Wellington-based writer Murdoch Stephens published his book Down from Upland, which has made the grandeur somewhat harder to sustain. According to its blurb, Stephens’ book “skewers the best and worst of Wellington’s leafy middle class, featuring public servants with varying degrees of integrity, precocious Wellington High students and a foreign lover at the end of a working holiday visa”.

Change is afoot on Upland Road in another way, with the arrival of a new townhouse development – often a tense subject, these days. I watched with interest during daily walks as this new building took shape at the very end of Kelburn’s main road. A concrete core structure grew from the ground and was then left over 2020’s lockdown to look like an abstract ruin. The monumental concrete wall then grew upwards. From another angle, a single monopitch roof eventually covered the building. In the end, no tense reactions have been seen; just praise for the fact that two stunning townhouses have been fitted onto a previously bare piece of marginal Wellington hillside.

This feat – the houses themselves, and the praise – is the result of an inspired collaboration between developer Luke Pierson, and Sally Ogle and Ben Mitchell-Anyon of Patchwork Architecture. Pierson had previously worked with the Patchwork duo on his own home, dubbed Pyramid Scheme, also in Wellington. “Luke came to us with the idea of showcasing what’s possible, demonstrating what dense living could be like,” says Ogle. “We initially looked at designs for two detached houses on the site, and then Luke asked us to investigate a semi-detatched option. That’s when the party wall appeared, with a single roof – doing more with less.” Built by Dorset Construction, with structural engineering by Spencer Holmes, each house is two storeys, with two bedrooms, one bathroom and a large living-dining-kitchen area. They’re mirror images of each other, with bedrooms and bathrooms on the lower storeys and living upstairs. From the street, just off Upland Road, you climb up concrete steps. At a point, you can continue straight ahead up another flight of stairs to the lower of the two units, or turn left and up another two flights to the upper unit. 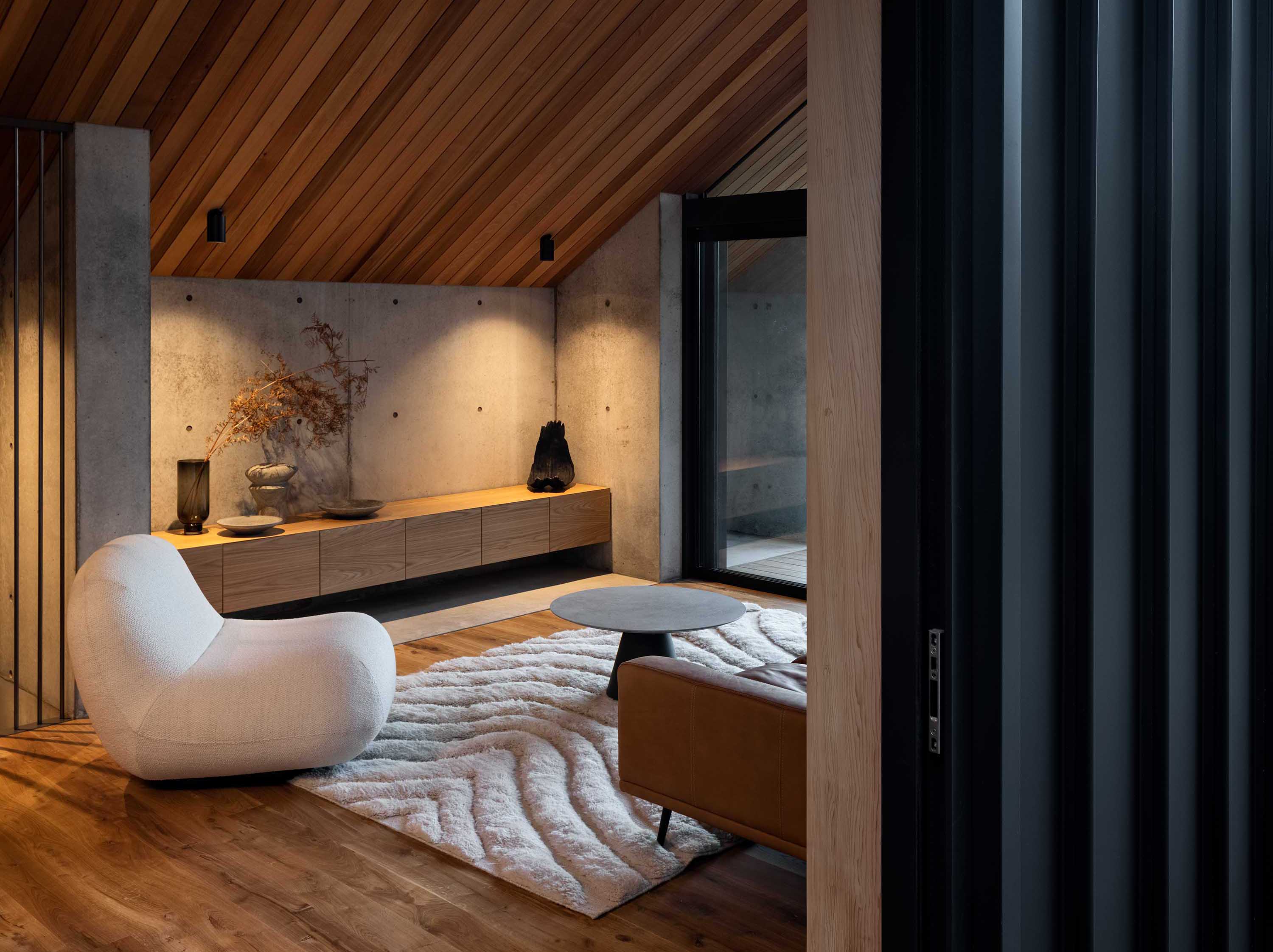 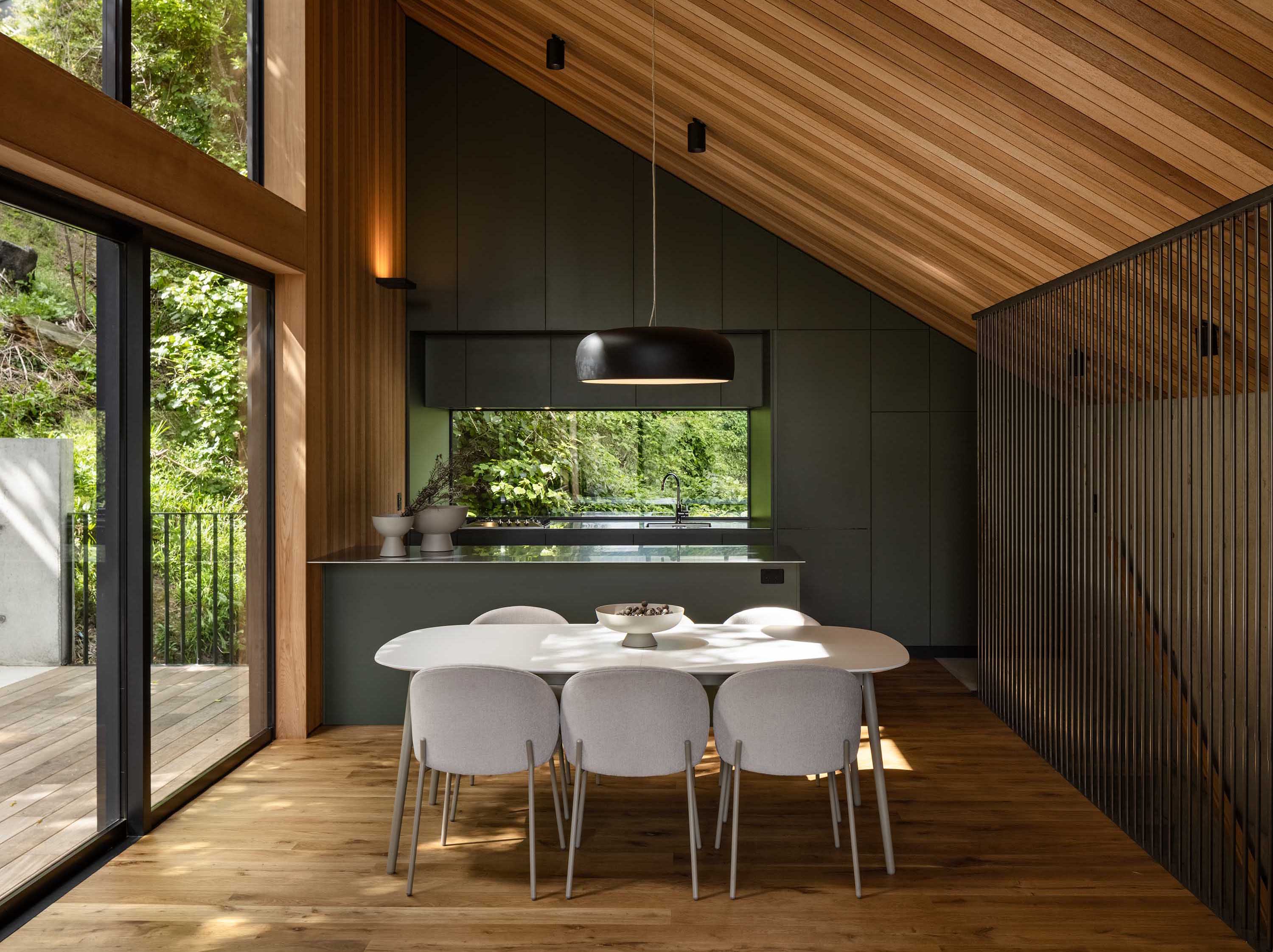 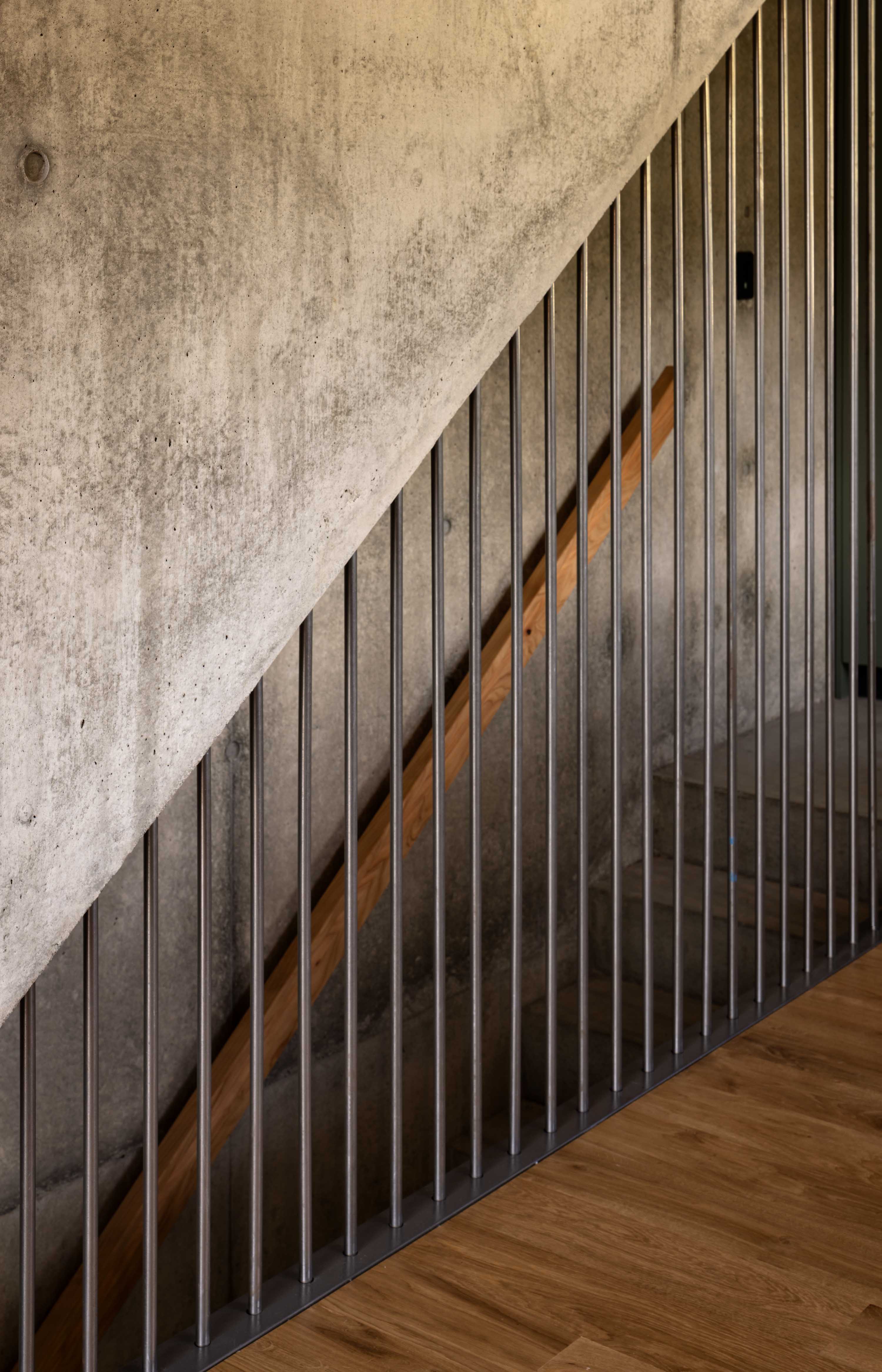 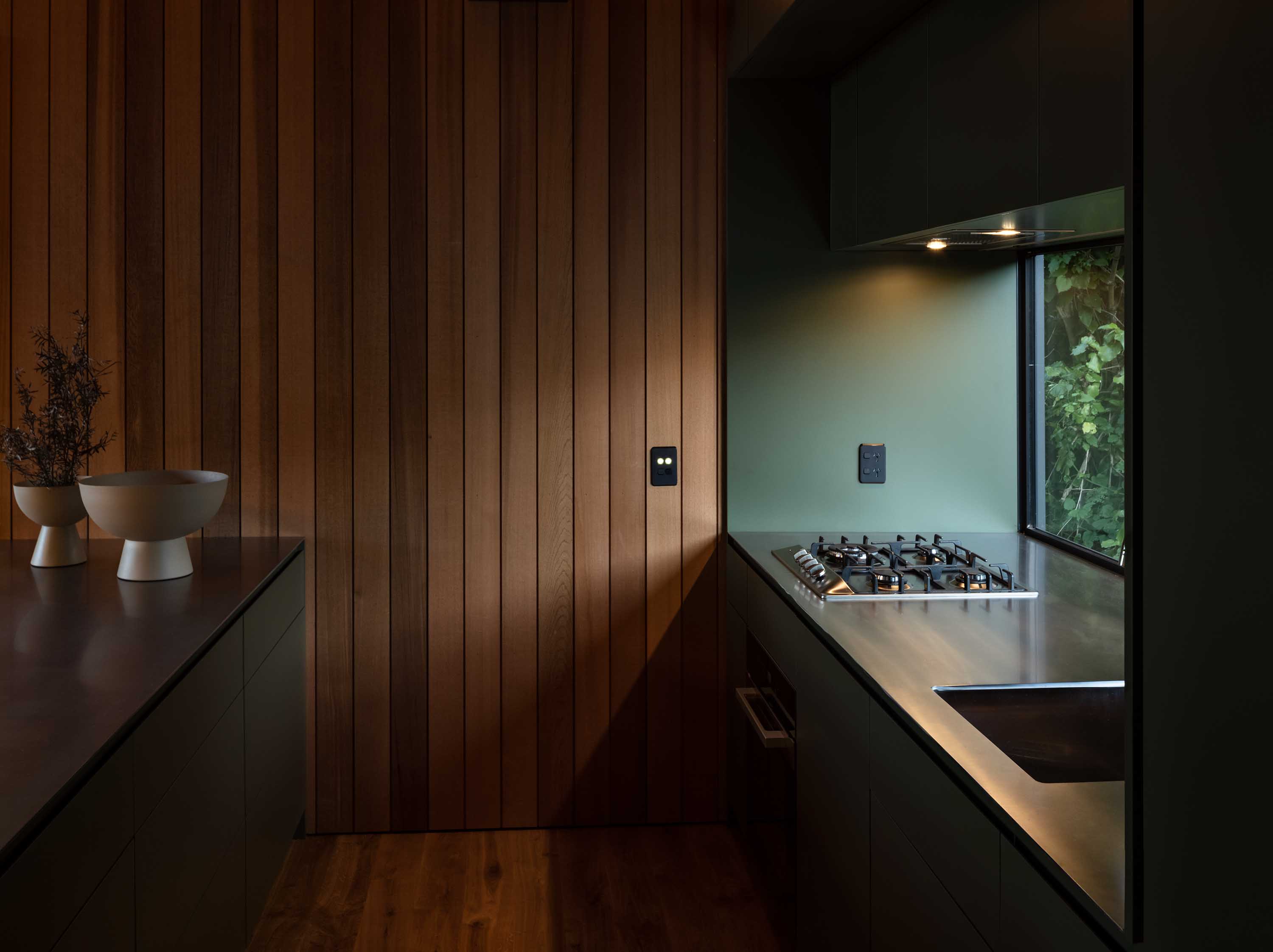 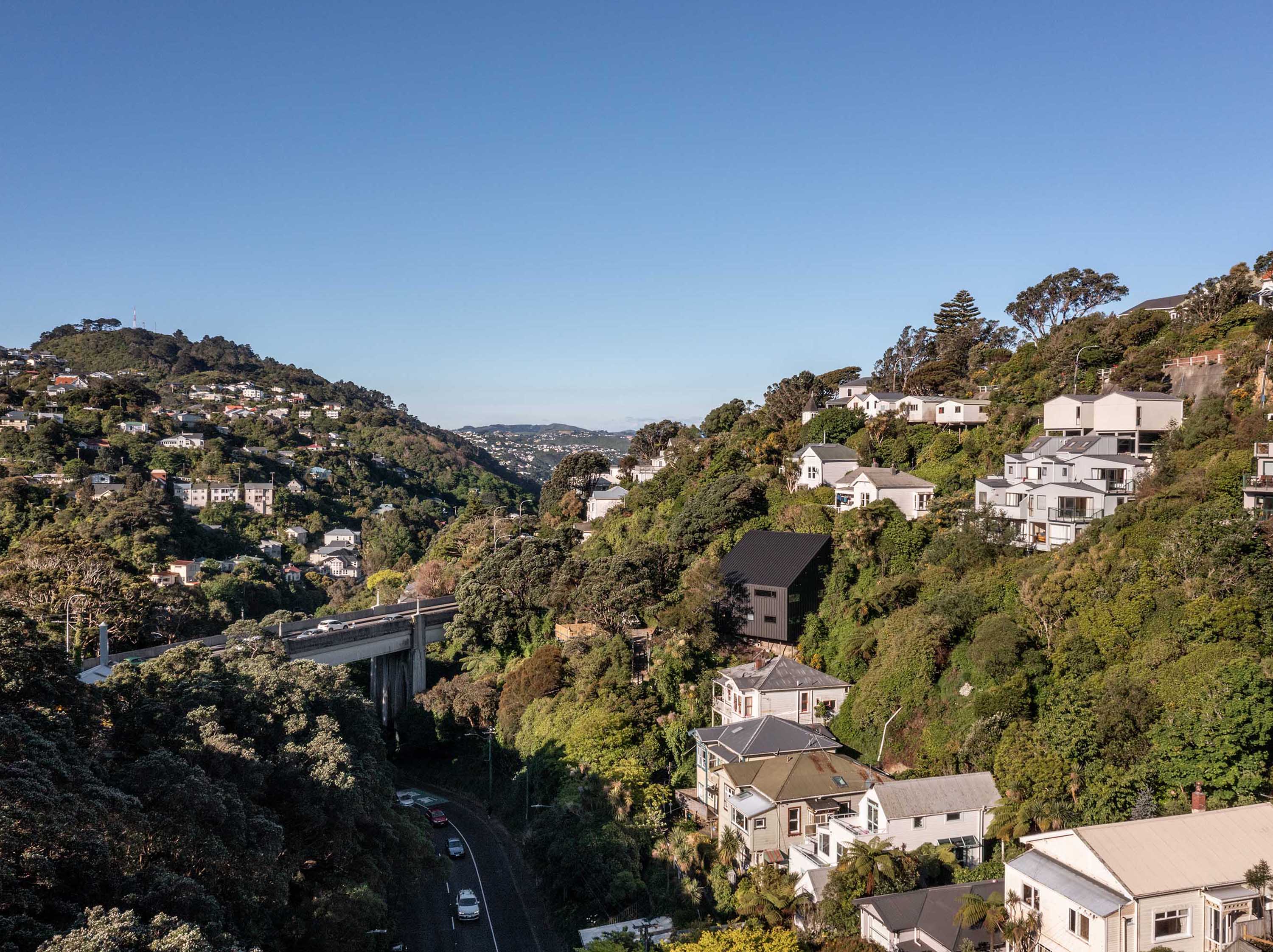 You enter each home through a large sliding door on its top storey, into a lofty, open-plan space. I visited the upper house, where you’ve got the concrete party wall and internal staircase on your right and soaring vertical cedar boards on your left that appear to fold and run sharply back down the ceiling. The cedar breaks only for a sliding door out to a courtyard set against the steep bank (unique to this unit). The kitchen is at the rear, with a horizontal window in place of a splashback, looking out to bush to the south. Downstairs, a bathroom separates the two bedrooms.

It’s all compact, but feels lofty and tactile instead of small, with an almost chapel-like quality to the main space. Your attention is drawn to the materials, textures and light. Stepping from the timber flooring upstairs, for instance, to the concrete staircase, to the wool carpet below is just one of the tactile pleasures of these homes. And that other frequent downside to new townhouses, limited daylight, is emphatically countered by the seamless glass face – double-height on the upper storey – of each unit.

Patchwork’s projects all feature floorplans condensed to their essence, as well as something fun and unexpected. These homes are no exception. Here, the fun is the central concrete wall, playing with the idea of living under one roof. “The wall was about making one big move and letting that determine other decisions,” says Ogle. From the street, the wall could read as a raised middle finger to the idea, often not unfounded, that a party wall involves a loss of privacy. Look here, it seems to say, the neighbours can’t hear each other, promise. Yet the wall’s heft is countered by the apparent lightness of the structure around it. Internal cedar boards line the interior of both dwellings, visually connecting them even as the wall makes it more than obvious they are separate homes.

Pierson talks about wanting to test the idea of what a quality townhouse can be. “I was interested in creating only houses I would be happy to live in myself, any day,” he says. “I wanted to focus on the quality of materials and spaces.” Where living in an inner-city suburb often requires compromise of some sort, these houses are an attempt to prove his hypothesis: that there is an audience – a paying one, no less – for small, urban-ish homes that simply don’t compromise on the quality of the architectural idea. “There’s that quote that says something about building a successful brand by making a thousand decisions rightly,” Pierson reflects. “That’s what we’ve tried to with these houses, making every decision well.”

These are not Case Study Houses in the mid-century sense of affordable and replicable homes, like those in Los Angeles or their New Zealand equivalents in Wellington’s Karori or on Tāmaki Makaurau Auckland’s North Shore. But they might be among the first of a new kind of case study: an example of small-scale, multi-dwelling infill housing that shows the bigger players what’s possible as we fill our suburbs with townhouses. 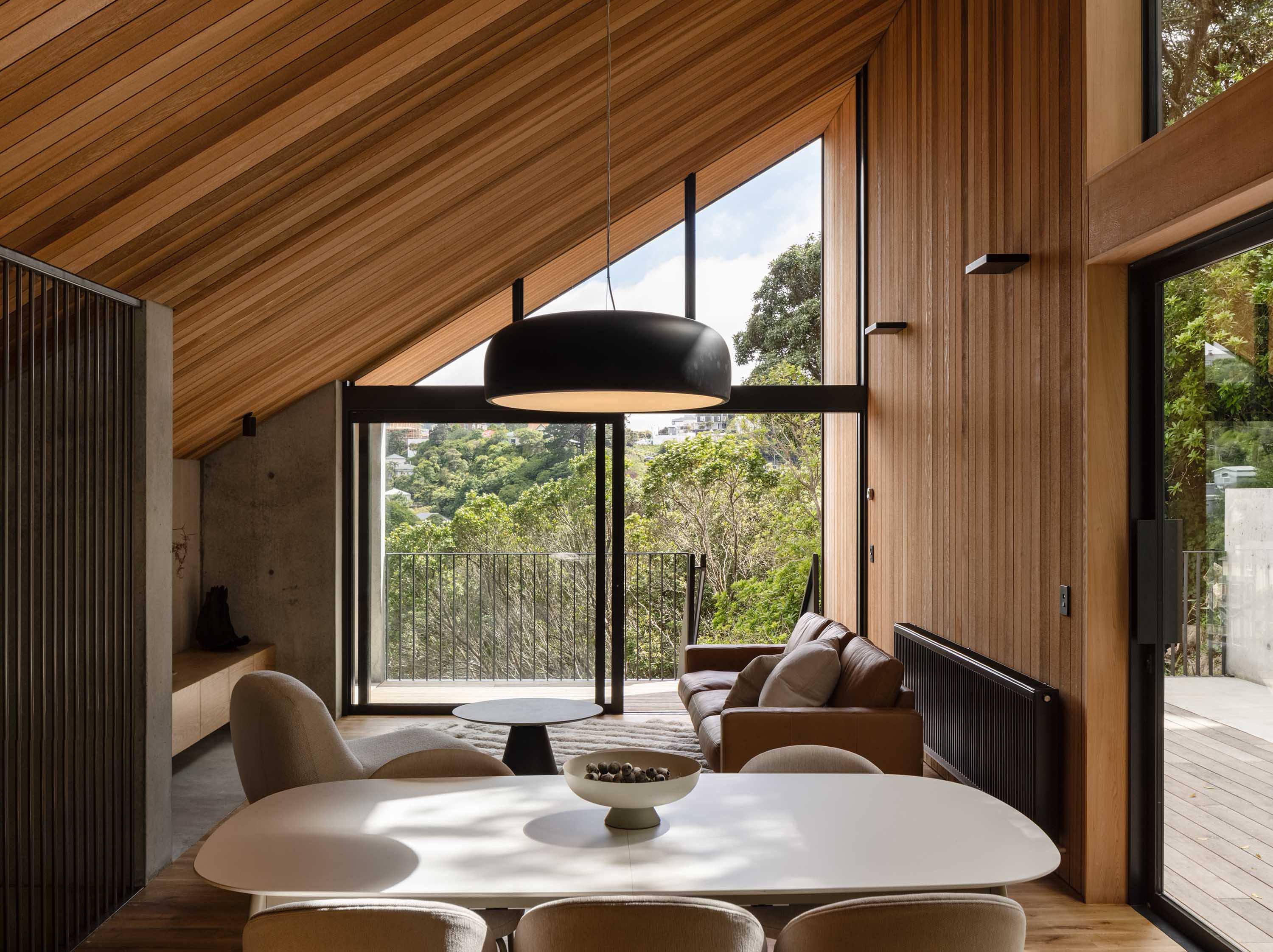 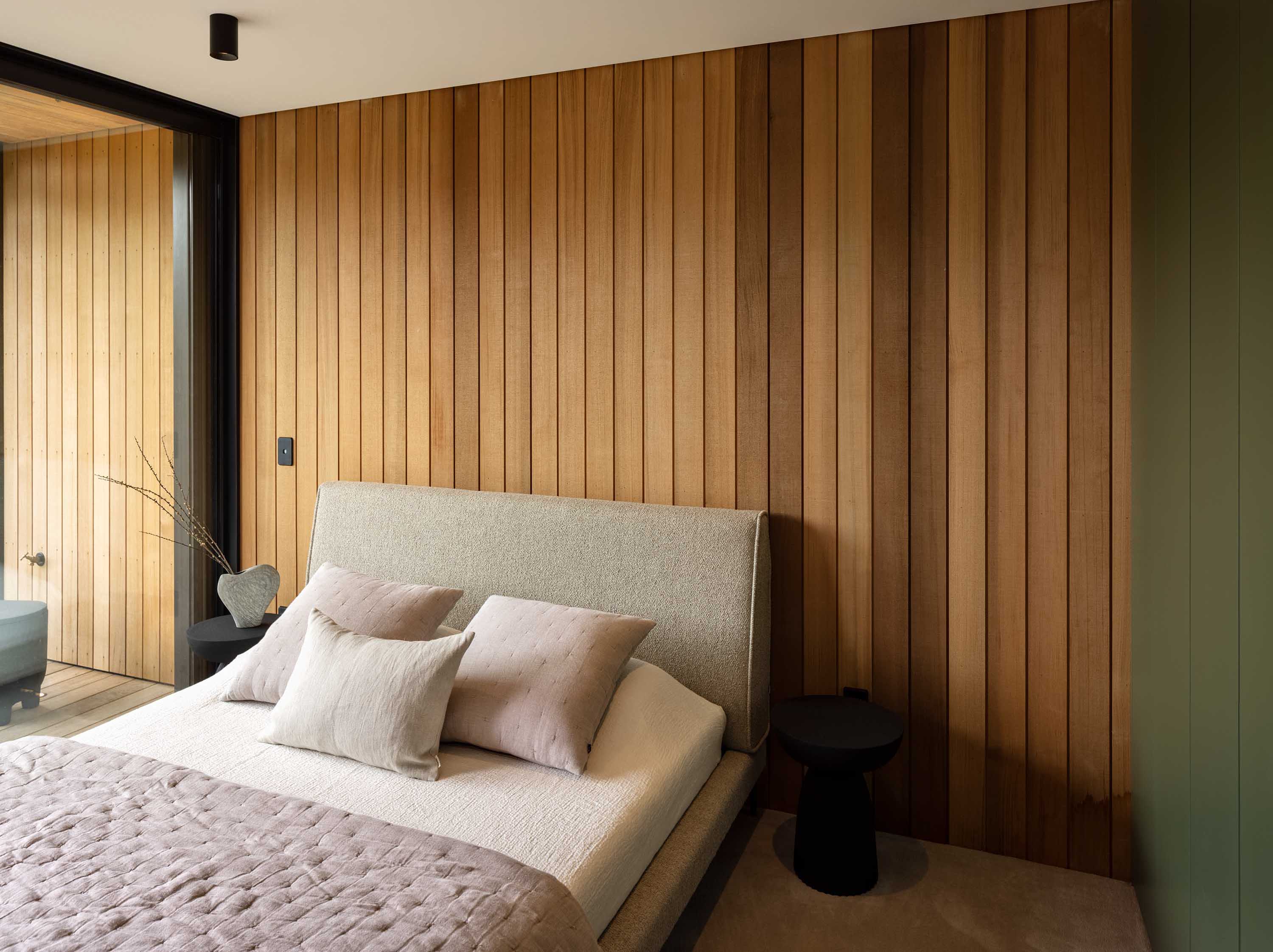 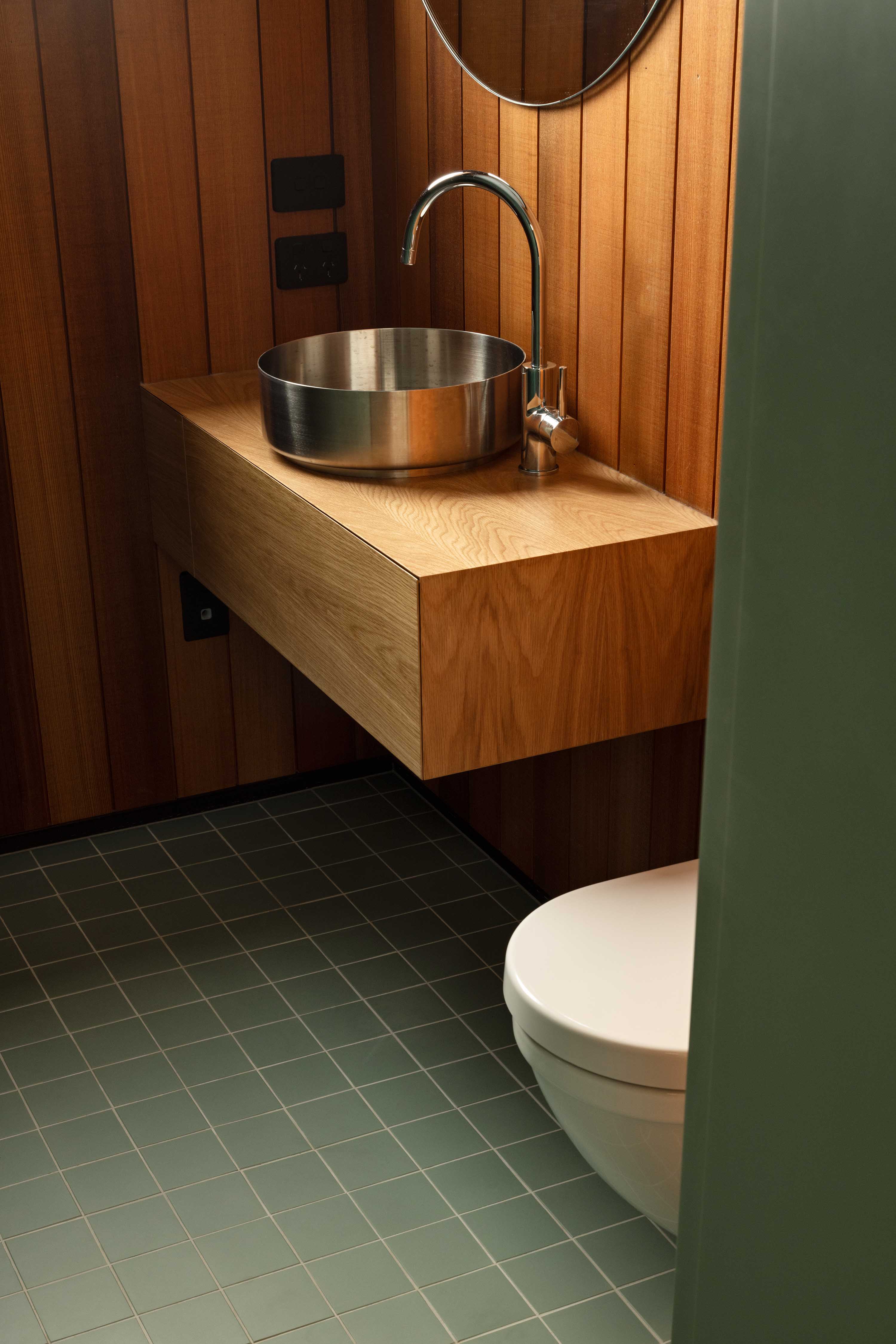 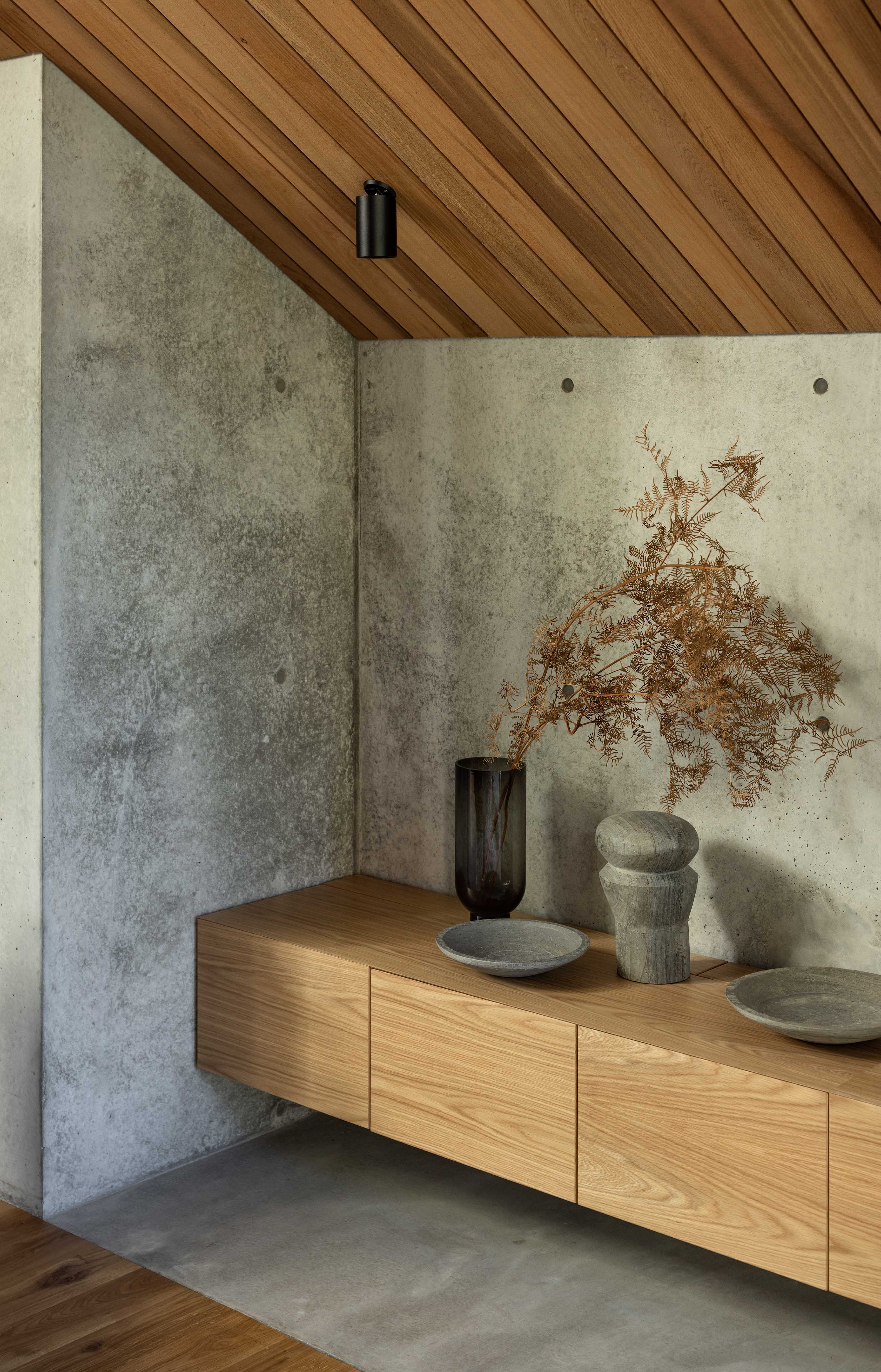 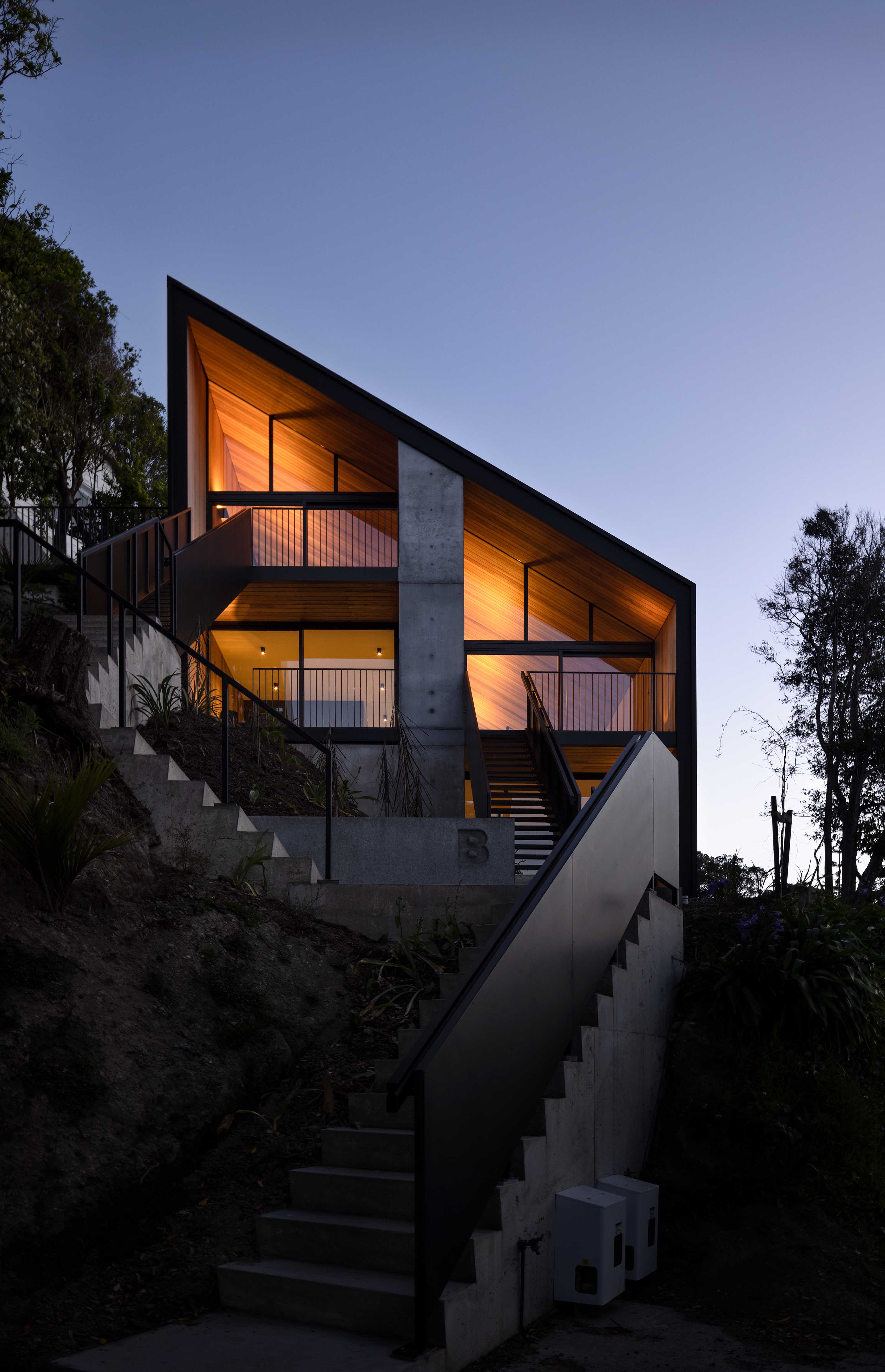 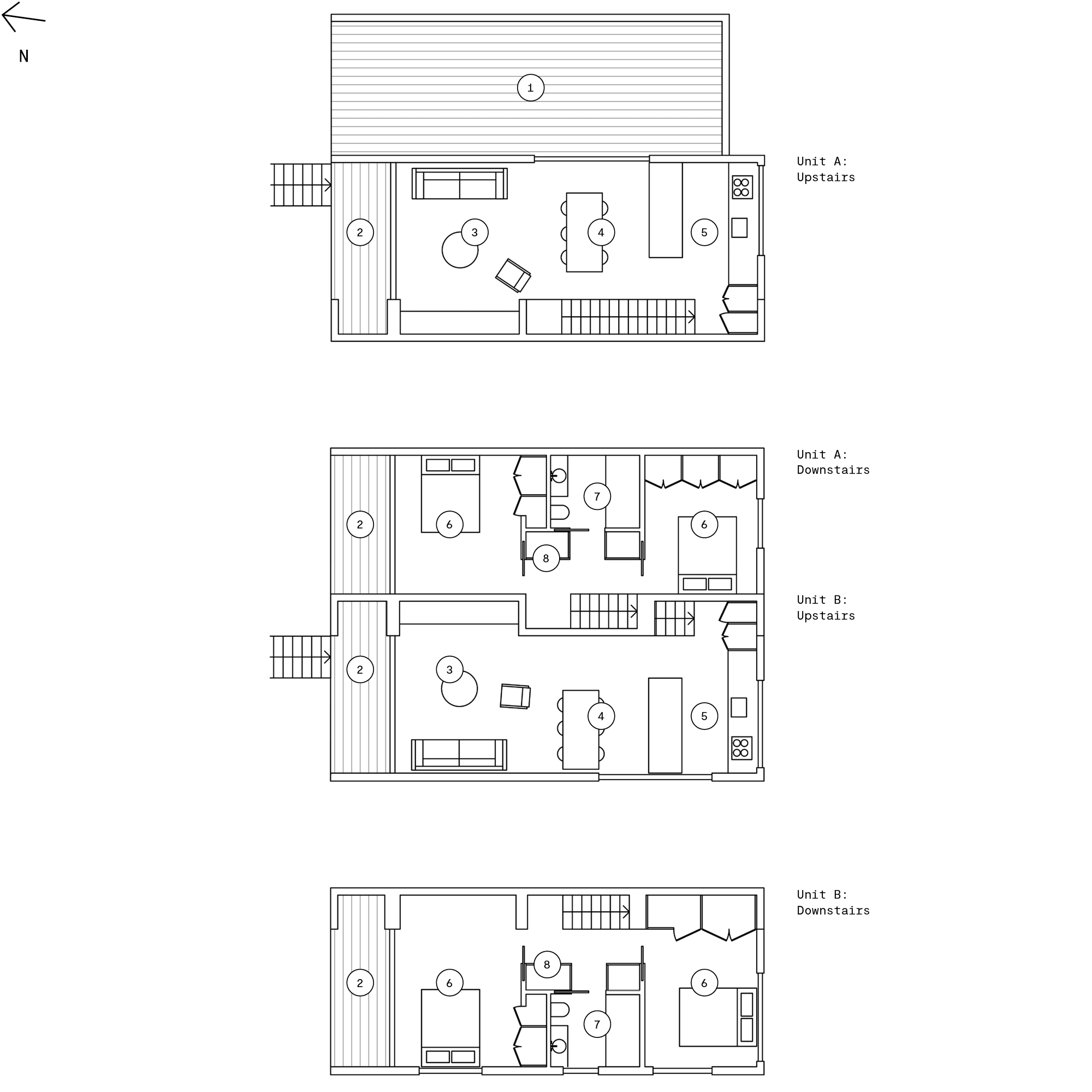