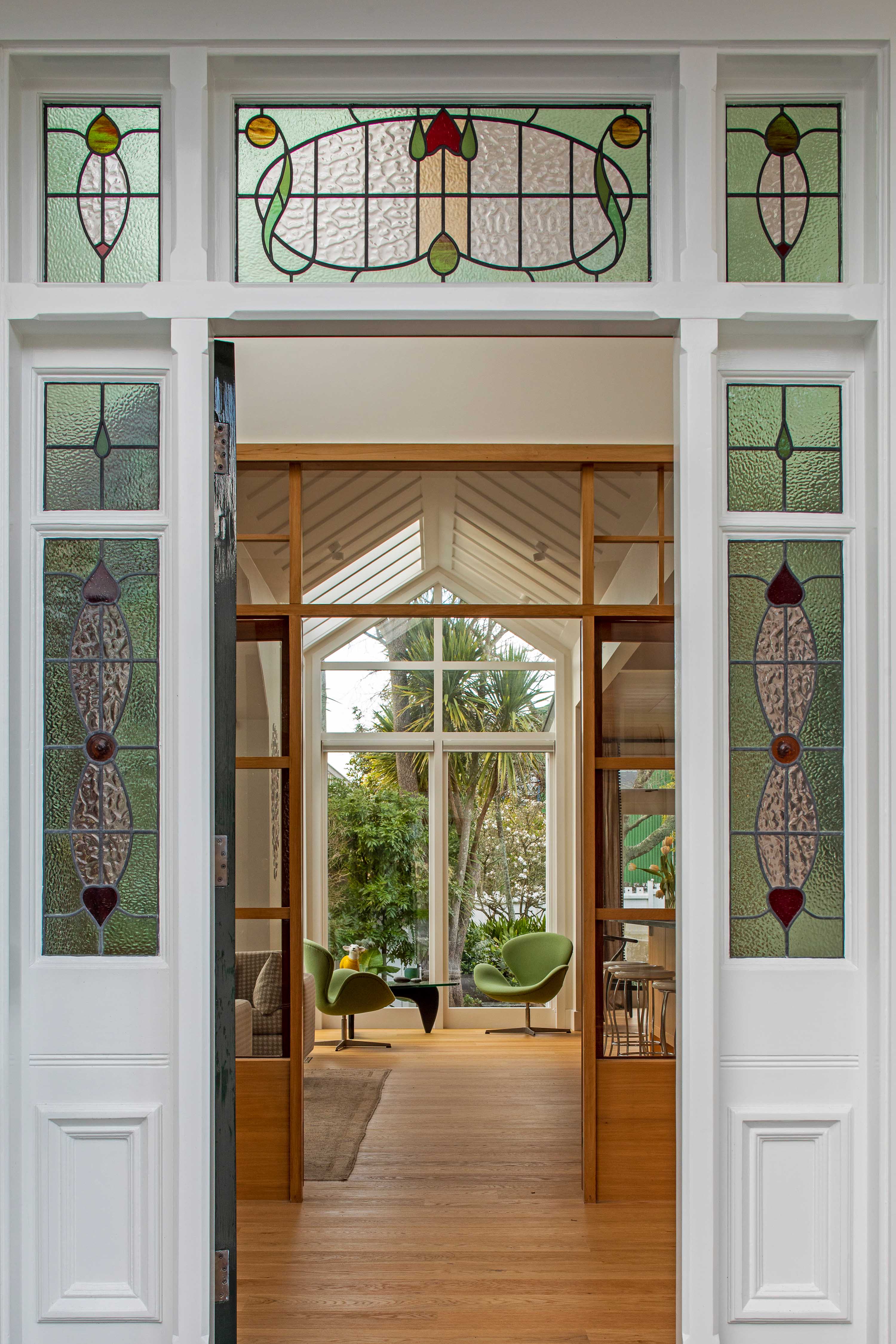 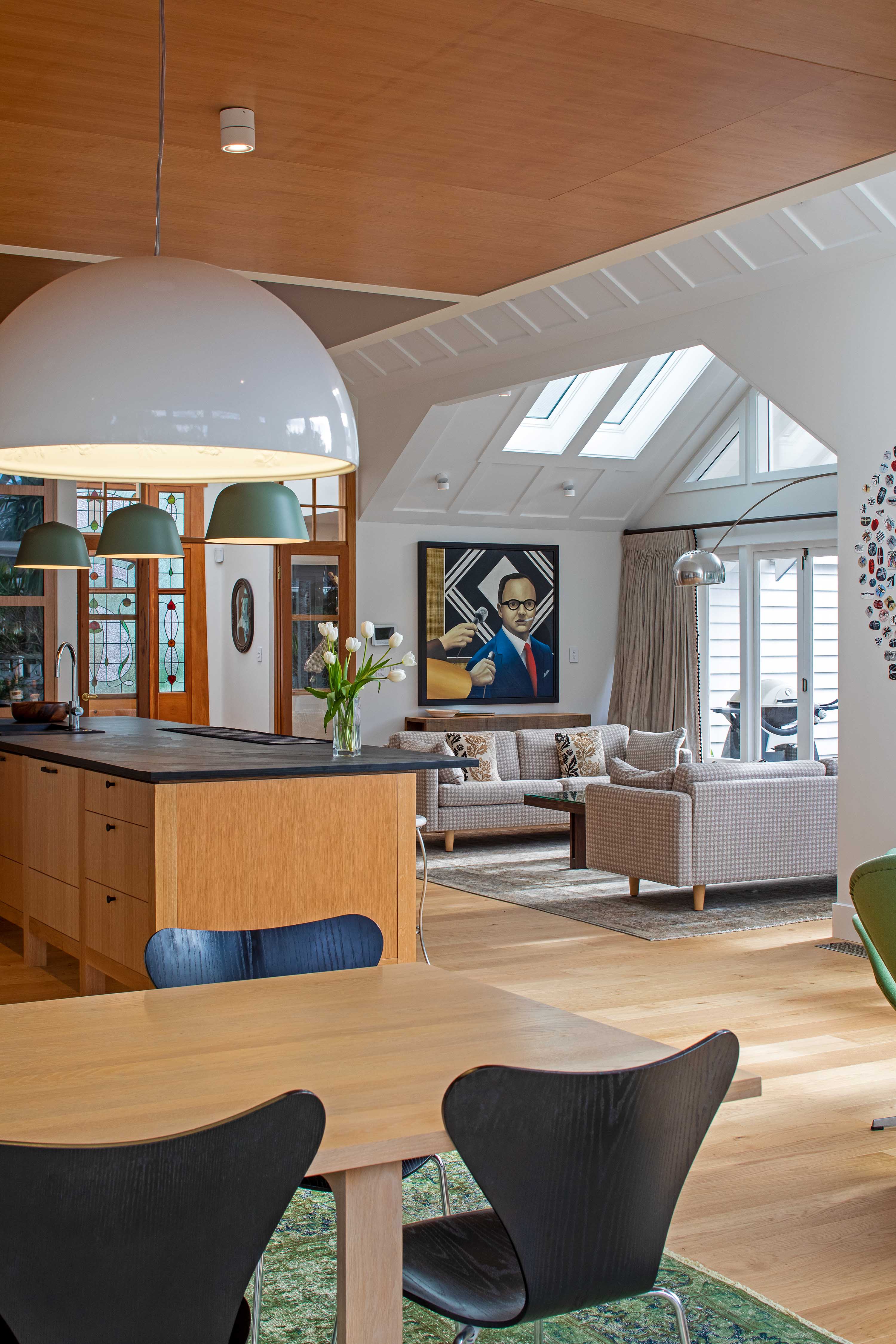 It’s an architectural and existential conundrum – trying, in the present moment, to define what, in future, will be regarded as of its era. If that sounds complicated, it is. The aim, of course, is for those features that define a decade to be revered rather than reviled, for the architectural strokes to be quiet and timeless, rather than elicit the response, “What were they thinking?”

When Karen and Stephen Pearson first set eyes on this two-storey home in Tāmaki Makaurau’s St Mary’s Bay, its period style was befitting the character neighbourhood. After 18 years in nearby Herne Bay, they were looking for somewhere to accommodate a new age and stage, something more manageable yet closer to the action. The home they found is in a superb location high on a ridge. “It had real street presence, and that appealed to us after years of living down a long driveway,” says Karen.

A kauri front door surrounded by leadlight windows is as typical as it gets but, once inside, the ceiling soars upwards into a cathedral peak that draws the eye the length of the space to a cabbage tree in the back garden. Such an unusual roofline was the result of an extension completed in the 80s. The visual corridor slicing through the guts of the home was the only upside of the alterations; an unwieldy configuration around a warren of rooms (including a windowless internal dining room) was not. Yet the house ticked all the basic boxes. It provided enough space for the couple and their two adult children, and the garden – generous in size for its location – had “good bones”.

Funny how the phrase ‘80s kitchen’ doesn’t bring to mind similar warm fuzzies. Philip Graham, an associate at Salmond Reed Architects, says the dwelling, built in 1914, had no formal heritage constraints pertaining to the interior. That was a relief. “You could do what you wanted inside,” he says. “Still, that’s no excuse to start tearing into the thing.”

Rearranging the downstairs programme while being careful to retain the warmth and texture of the original became the plan. Not that it was a purist expression of type. “It’s what [photographer] Patrick Reynolds would call a ‘bungled villa’,” says Karen. It had lofty proportions but no intricate fretwork, and elements such as tapered architraves and a hand-adzed folksy stair banister echoed the Arts & Crafts period. 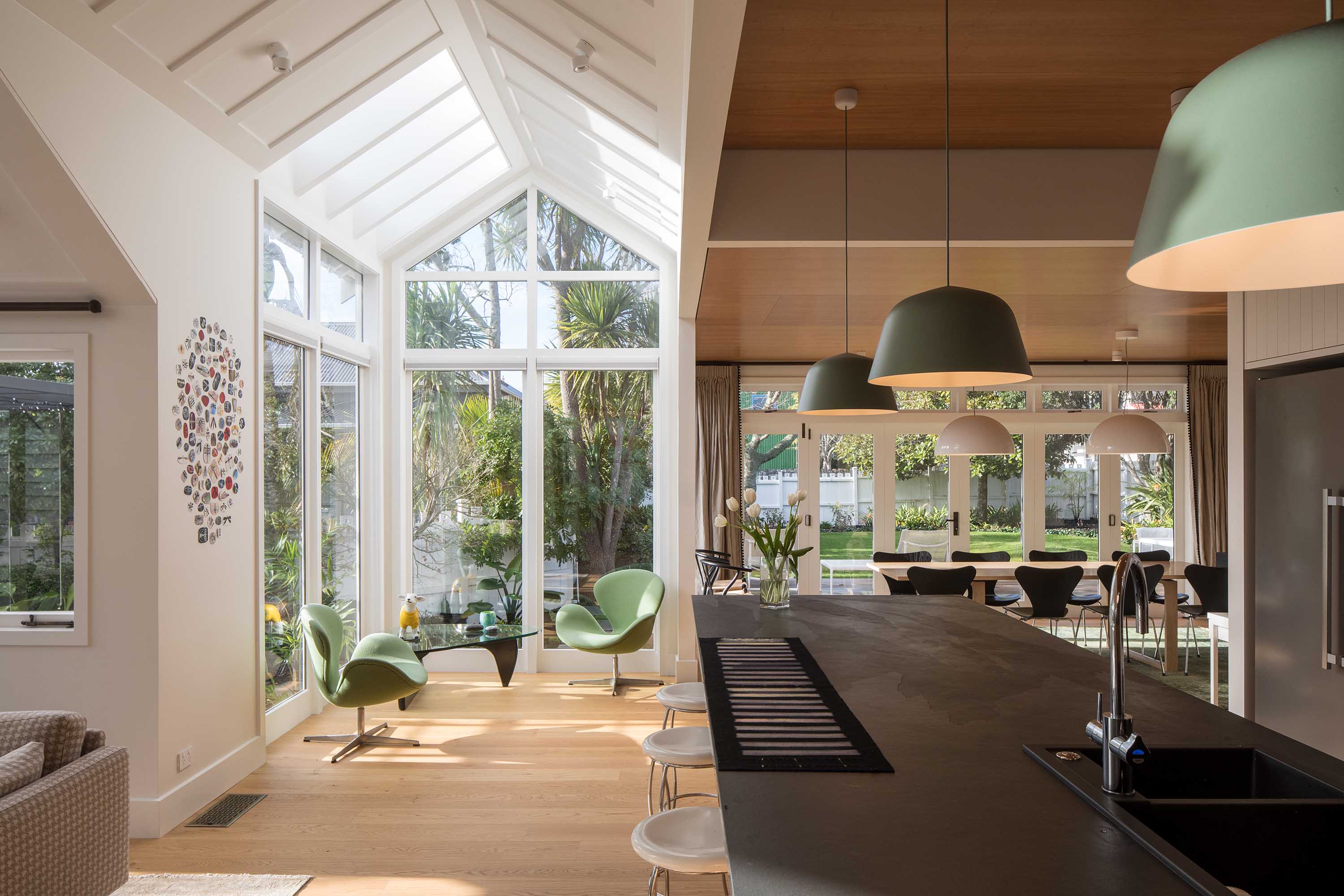 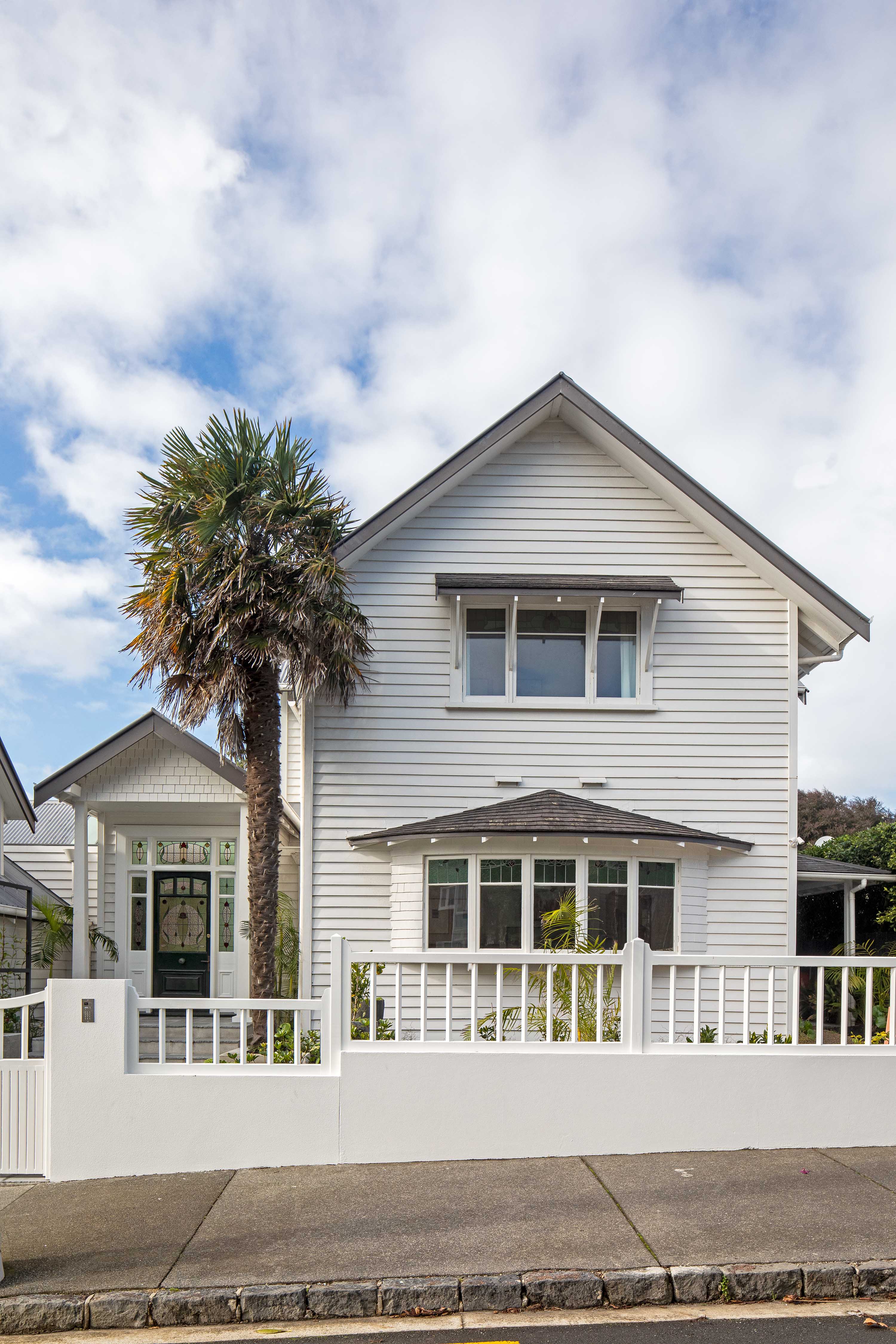 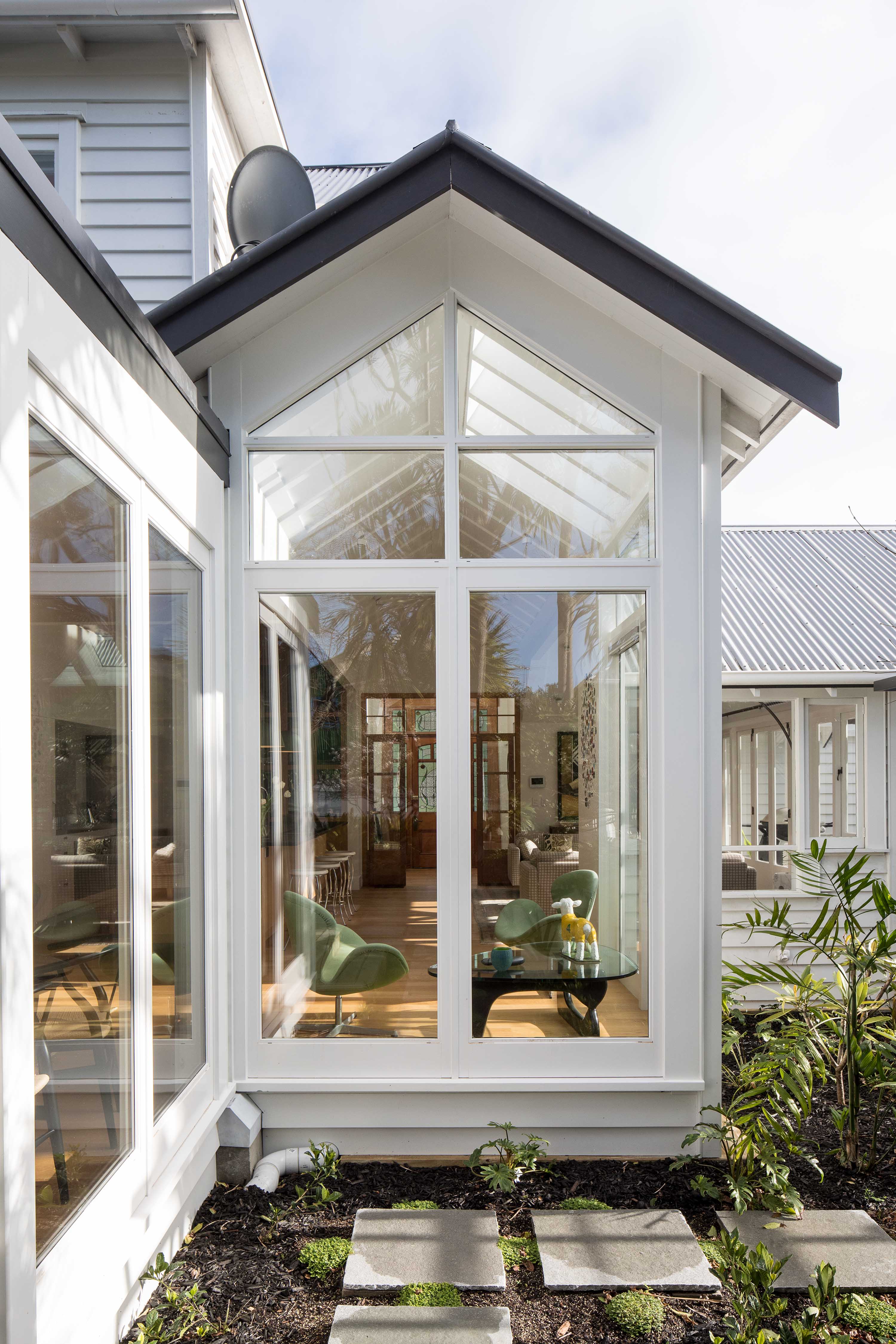 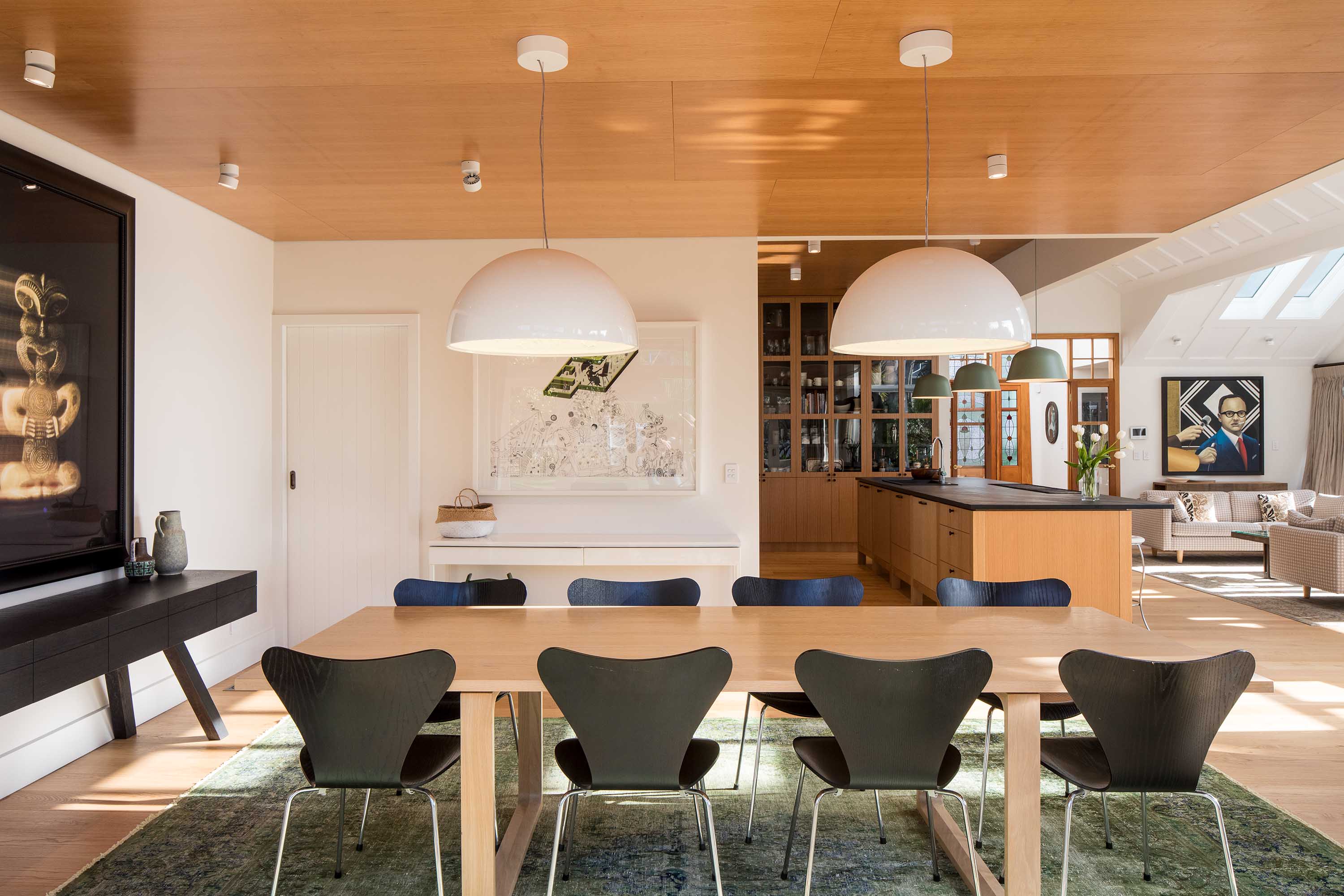 Graham disposed of the narrow galley kitchen (possibly with some glee) that ran along the rear of the lower level and turned the new one 90 degrees. It was a masterstroke. The kitchen is now a hub between the casual sitting room and the dining area, relocated to look out over the garden. An expanded ‘lean-to’ conservatory and multiple skylights peel away the years to smatter this open-plan space in dappled light. Upstairs, the bedrooms have iconic slivers of the built and natural environment. A walk-in wardrobe was extended to become the en suite in the main bedroom; it overlooks an eight-metre Phil Price kinetic sculpture that twists in the breeze, and a well-established cherry blossom.

Alongside the big gestures, finer-grained details cement the cohesion. White tongue-and-groove panelling on the back wall of the kitchen is (con)textural and disguises an invisible door that provides access to the upper floor and bedrooms. The kitchen ceiling is lined in tawa plywood; its honey-dipped features are a contemporary cousin to the kauri-lined ceilings in the older part of the house. Everything to the north of the central axis is painted white, but with a traditional touch – battens on the raked ceilings.

In the street-side living room, where a new fireplace has been installed, the builders made a careful cut in the cornices to install the hearth. Then they cut slips from bricks retained when part of the former fireplace was removed and used them to veneer the new chimney. “It looks pretty damn authentic,” says Graham. “Not like the fake plastic chimneys you have nowadays which are convincing from the road but not so much up close.”

The renovations took six months to plan and six more to build – and the Pearson family moved in two weeks before the March 2020 lockdown. It was an eerie time. They rearranged their furniture, their art and their lives. The couple decamped from the Ponsonby Road office of their content-marketing agency to work from home. Quiet descended on the streets. Come evening, Karen would settle in with a glass of wine in front of the Richard Killeen work ‘The Politician’, still wondering if the work was based on Richard Prebble, to contemplate her next creative move in making this place their home.

It’s not hard to imagine what, in a global context, will define the early 2020s. That much is obvious. What is more difficult to know is which design aspects will be marked as specific to these curious ‘unprecedented’ times. Graham acknowledges that every generation of architects believes they have the best approach. His view is: as long as there’s a considered design footing to stand on, an argument for why you did what you did, she’ll be right. His clients agree. “We thought just as long and hard about what not to do, as about what to do,” says Karen. They tried to make the major changes as timeless as possible. “We plan to be here a long time.” 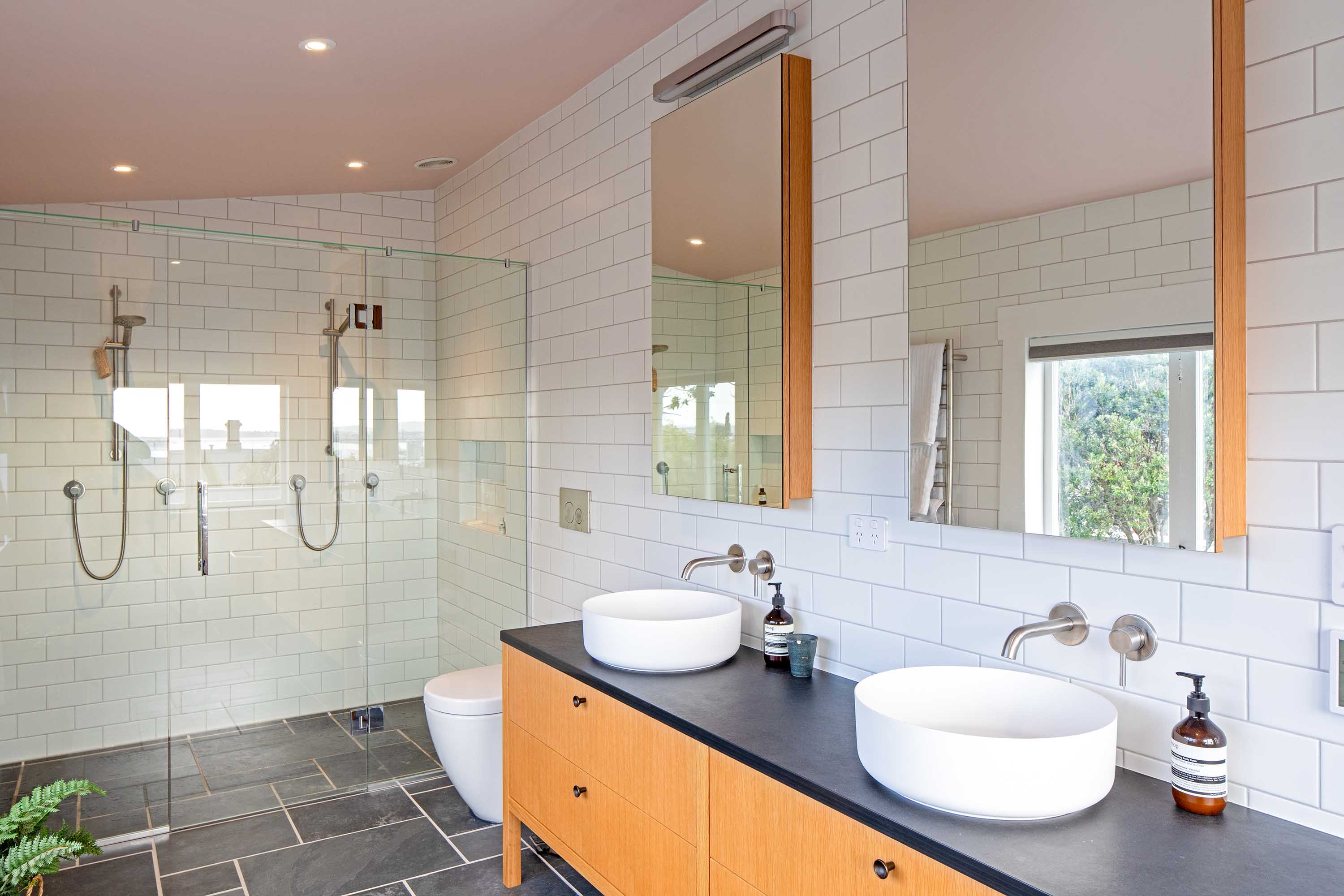 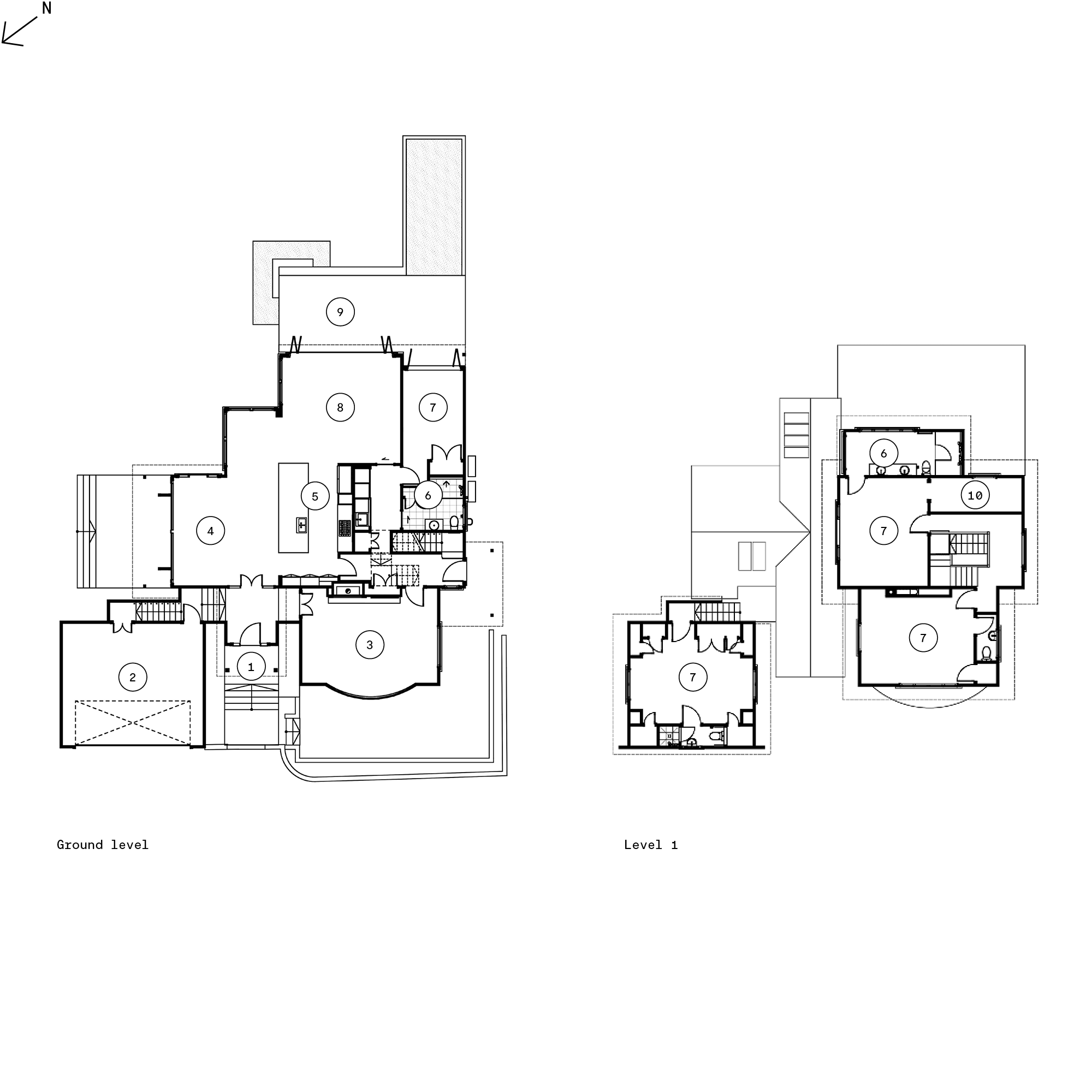