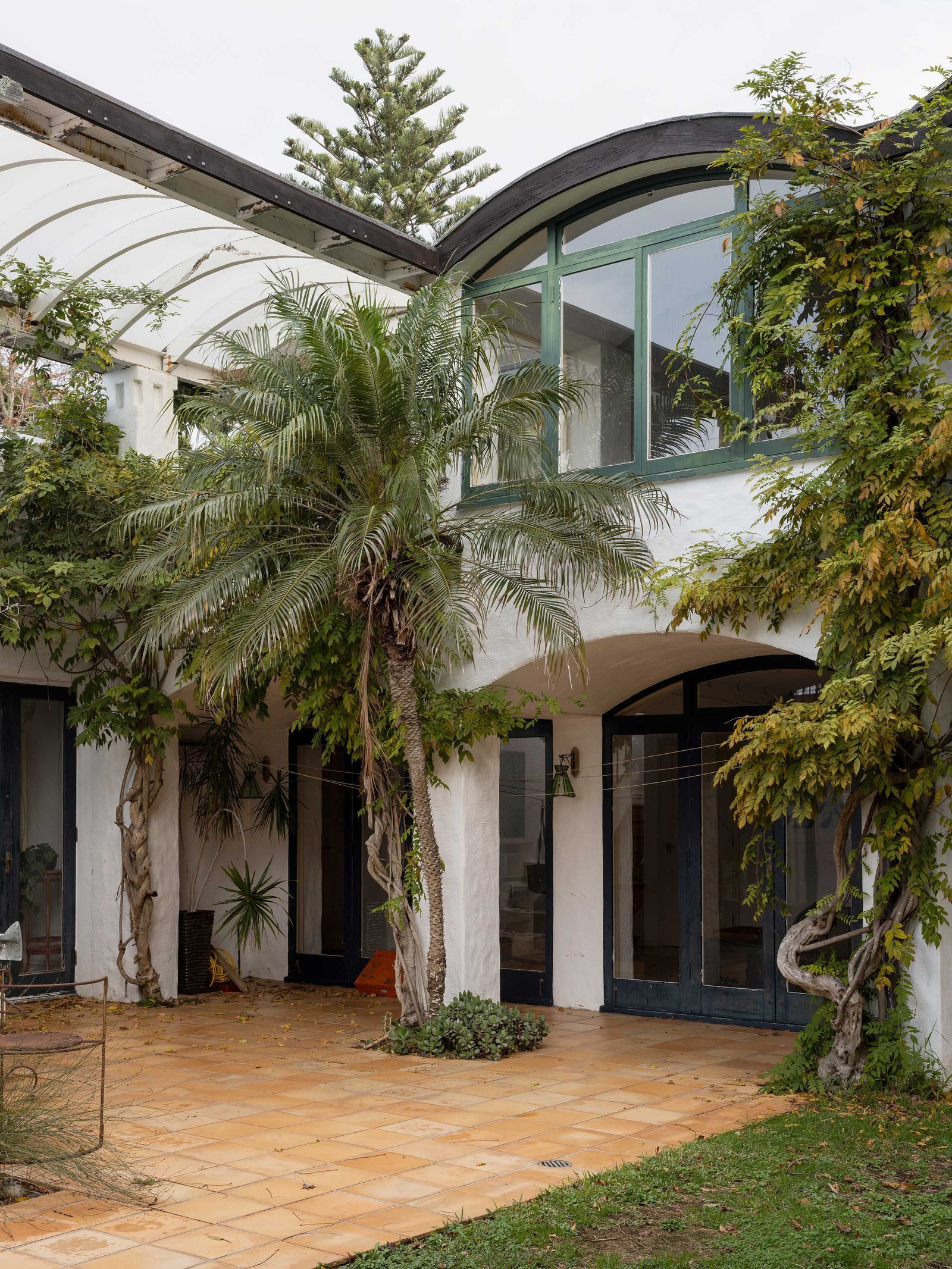 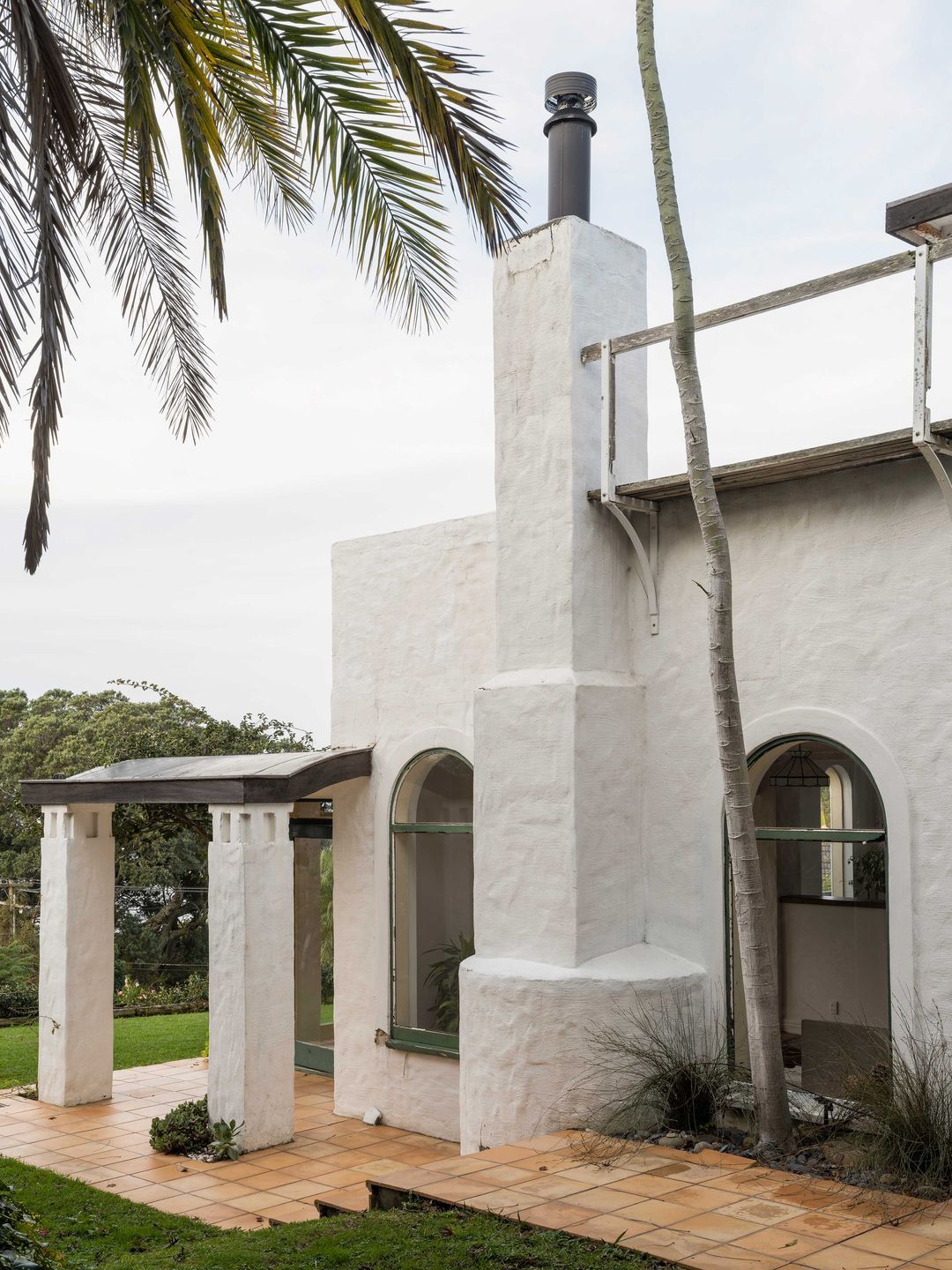 Goldwater left his mark with curves and colonnades.

Architect John Goldwater is best known for his work on the Auckland Hebrew Congregation’s Synagogue and Community Centre on Greys Ave in downtown Tāmaki Makaurau Auckland. Built from brick and concrete, with a long, elegant elevation to the street, it was a building heavily influenced by his time in Ibiza as a young graduate – a language of courtyards and colonnades, thick walls and arched windows from the Spanish and Moorish tradition.

Twenty years later, the architect was asked to update a 1930s home in Peacock Street, just off Riddell Road in Glendowie. (The finished house featured in Architecture New Zealand in 1990.) The original house must have appealed to Goldwater: a 1930s plastered bungalow with a decidedly Moorish bent, grandstand views over the Tāmaki River to Motukorea Browns Island, and established gardens that made it almost invisible from the road.

Working gently with the original structure, Goldwater added a long wing for bedrooms, forming a courtyard with the existing home, which came to house the living and kitchen spaces. A series of entertaining areas open onto each other, stepping down into a living room with open fireplace, window seats and roughly plastered walls. I remember visiting, very briefly, 20 years ago and it was delightful: airy white-painted rooms that led to more rooms with nary a hallway in sight.

With terracotta roofs and stucco cladding, Goldwater’s additions featured colonnades with elegantly curving roofs, arched windows and the sheltered courtyard onto which almost every room opens. He also added a roof deck above one living room with an external – and again, covered – staircase. Downstairs, running out to the courtyard, there are two bedrooms, a bathroom and an office; upstairs is an airy primary bedroom with ensuite and walk-in wardrobes.

‍
It’s on the market now with Paul Neshausen of Barfoot & Thompson, marketed as a family do-up or potential development site. If we’re honest, the past few years have not been kind. We’re hoping someone restores it, obviously.

Goldwater left his mark with curves and colonnades. 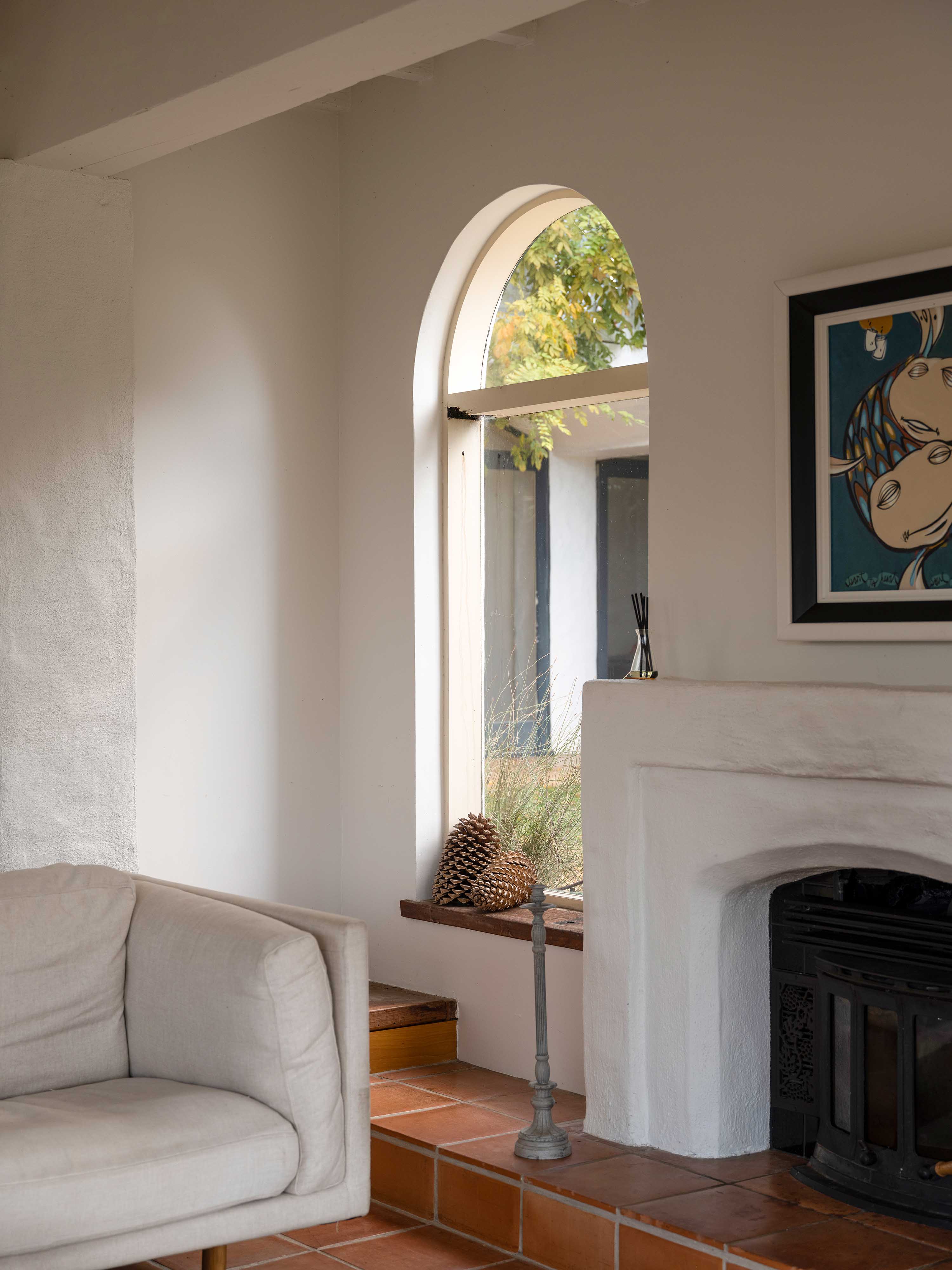 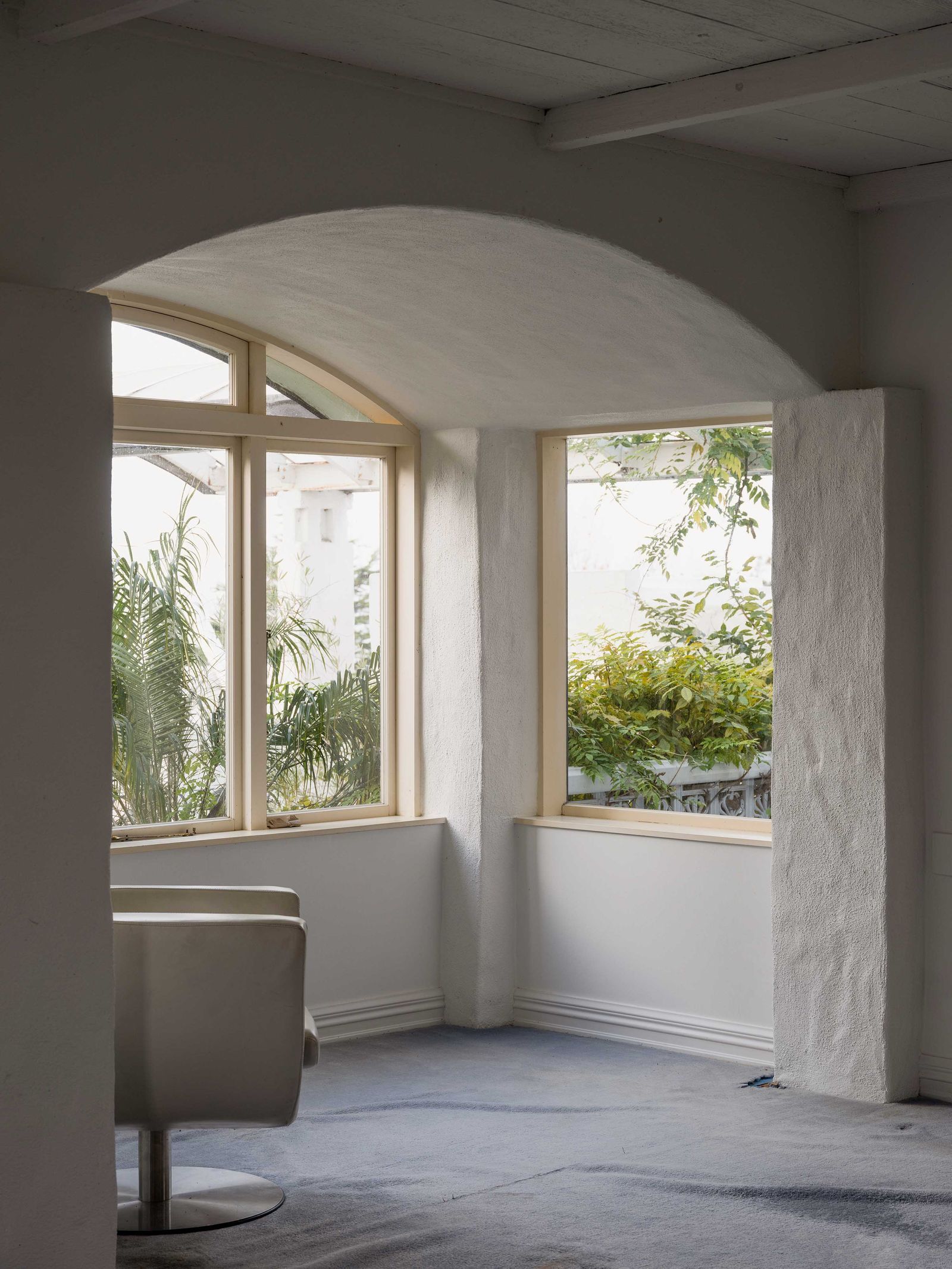