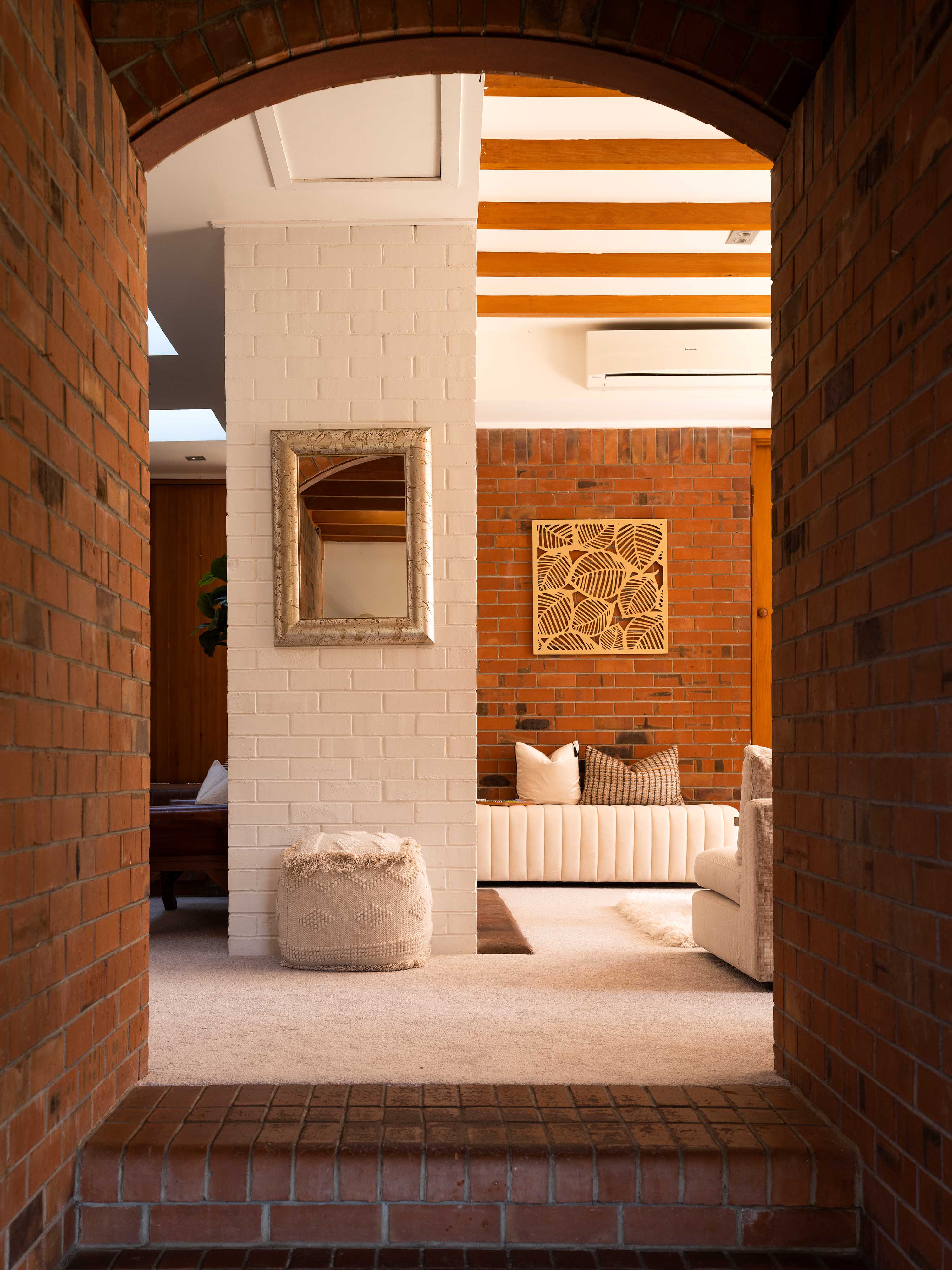 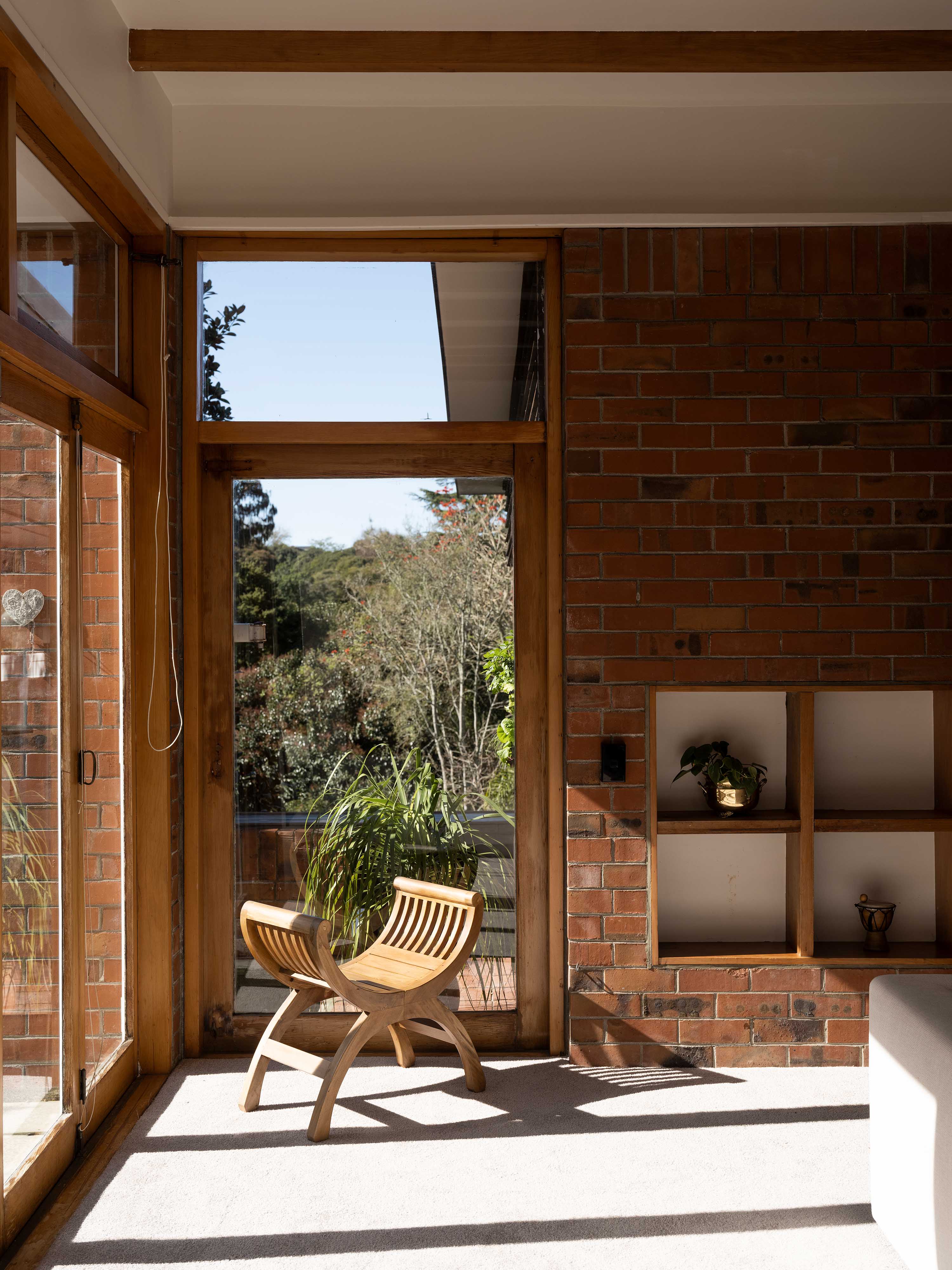 Long before he made his name, architect Marshall Cook designed a house for the accountant at what became Ceramco but was then known as Amalgamated Brick and Tile. The house is built in double-skin reinforced brick, with structural kauri beams and a language that would become familiar. Rooms open onto courtyards; window seats sit in mullioned windows; brick walls run from outside to inside.

“The home’s open plan, its orientation to the north and its use of courtyards were all relatively innovative principles – mostly derided by the owner’s contemporaries at the time,” Marshall told the Herald in 2016.

You enter past the open carport and into the brick-lined foyer. At this level, three bedrooms and a bathroom, plus a generous living room with open fireplace. Four steps down: kitchen and dining; both spaces open into correlating courtyards, while a circular pool and pool deck sit well below on the garden level.

The house is in largely original condition, apart from two bedrooms and a bathroom added in the 1970s. While functional, they’re less resolved than the rest of the house. In the right hands? A unique opportunity to update a classic. 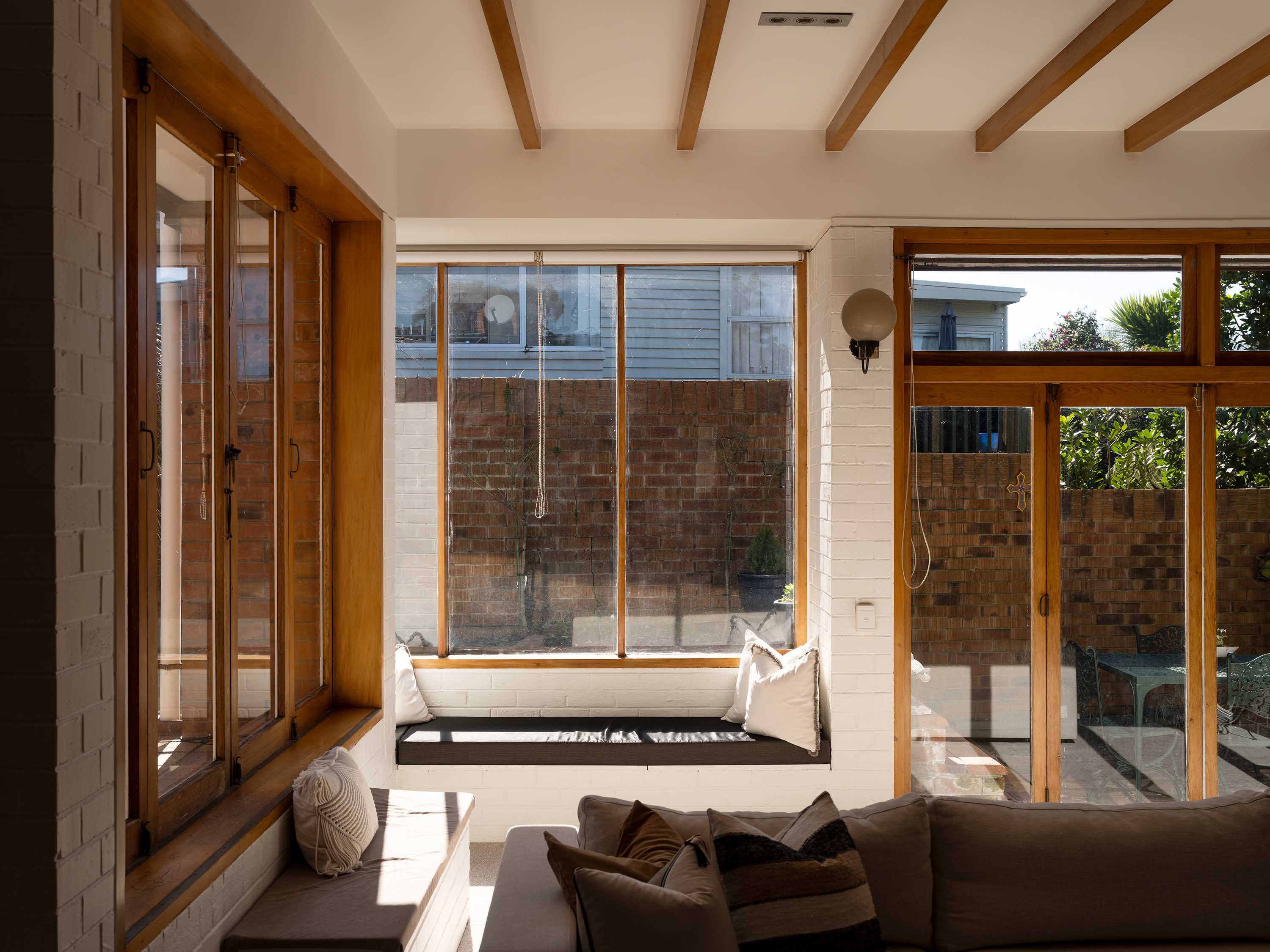 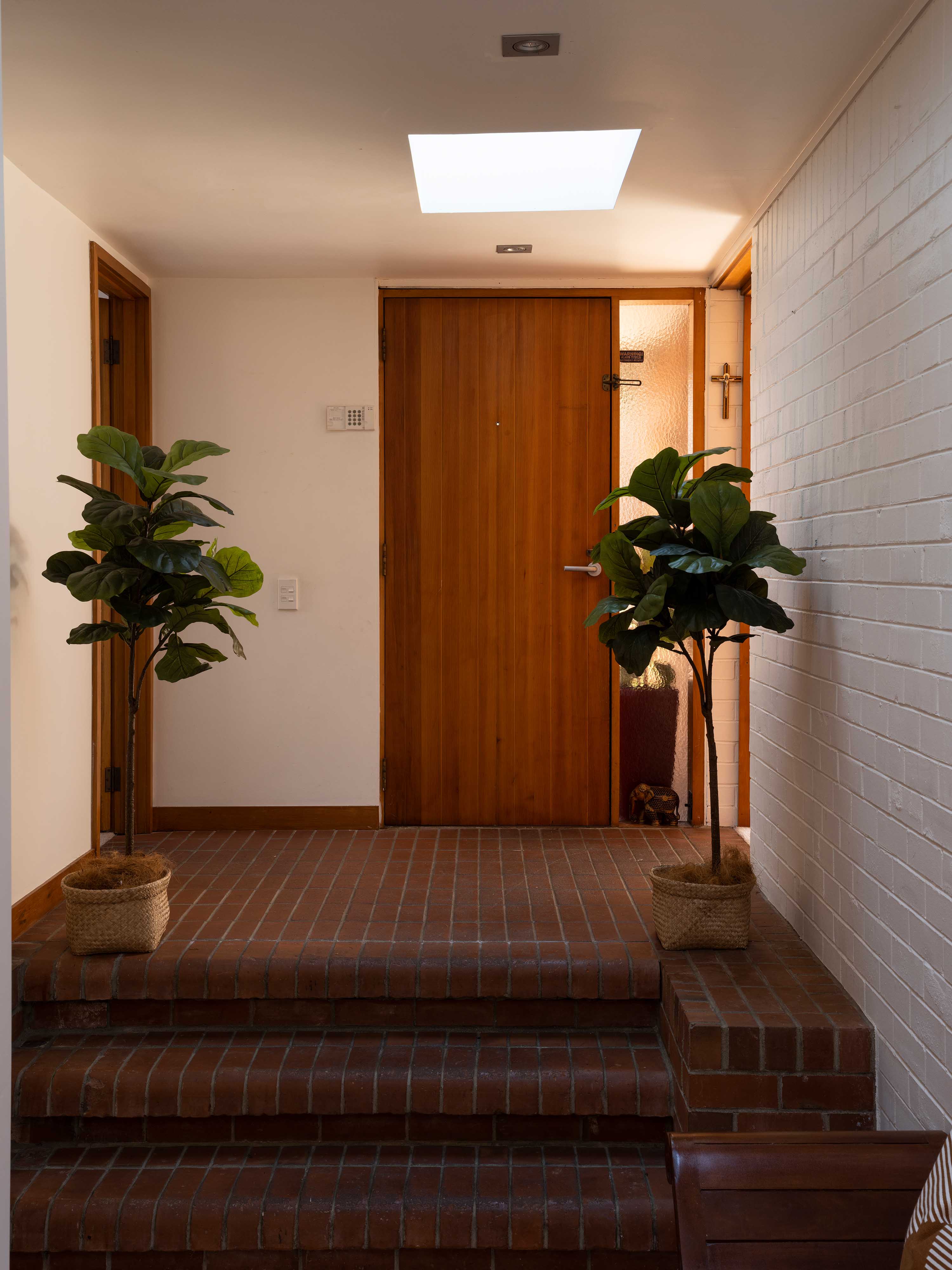 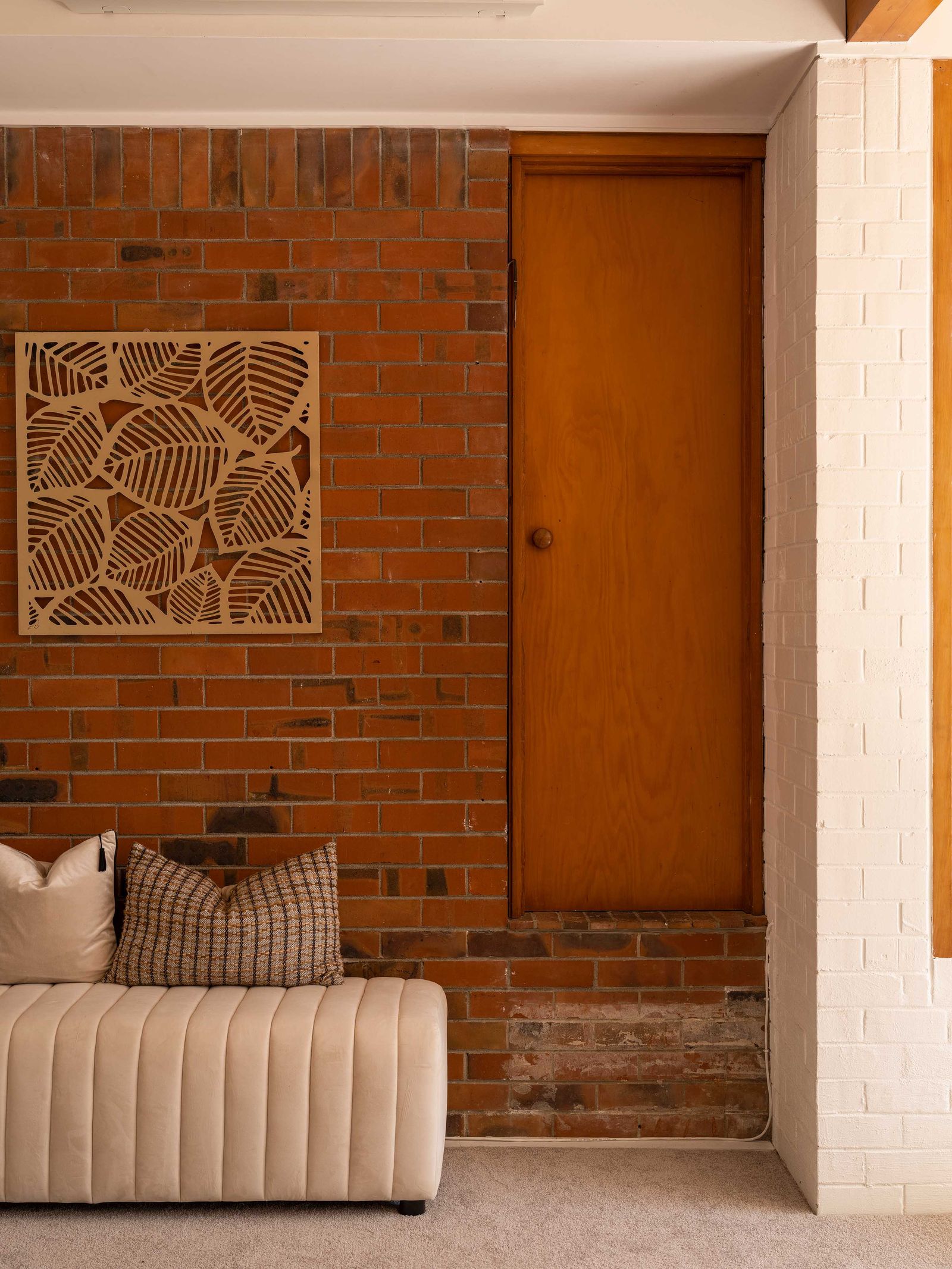 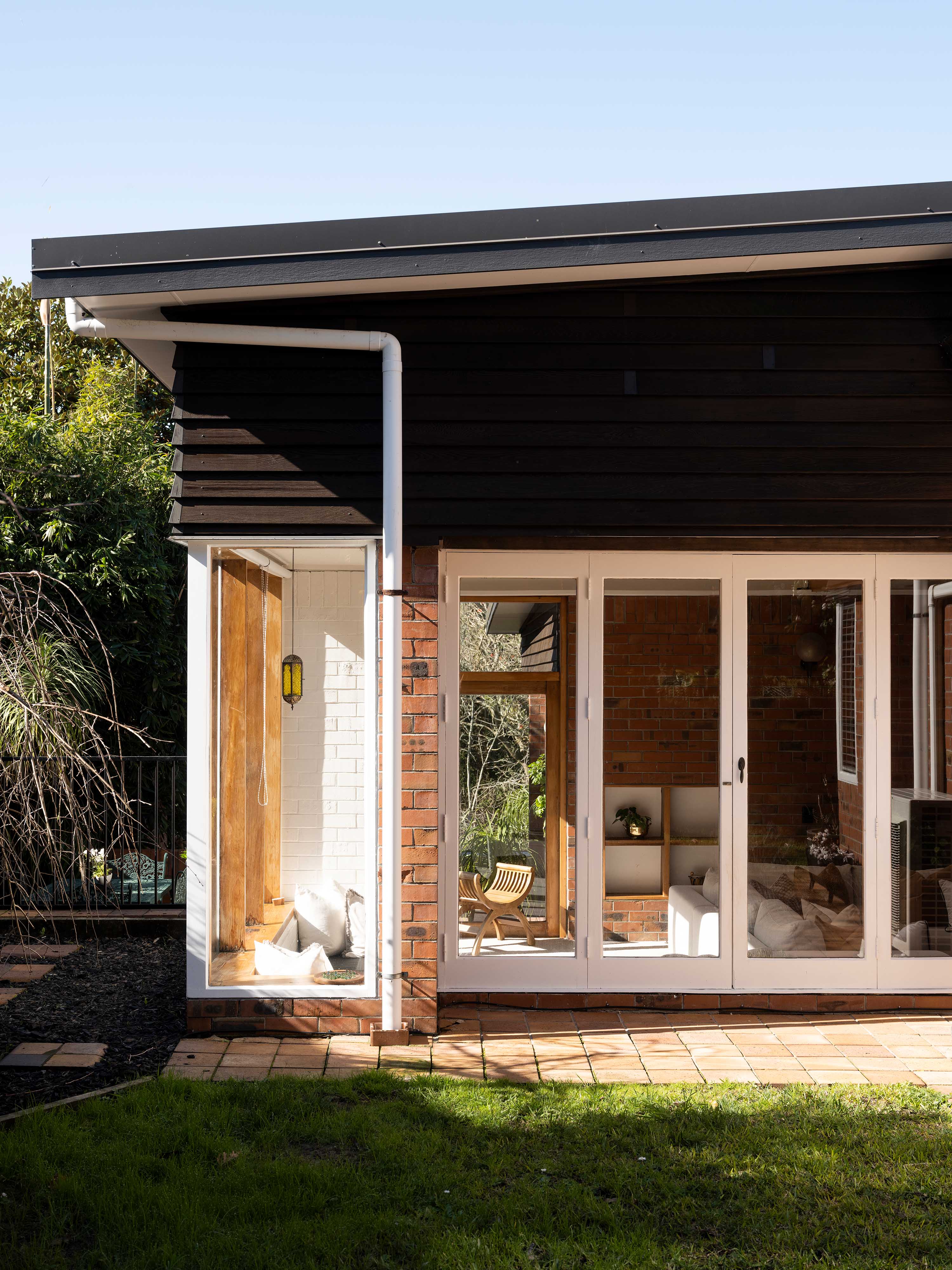 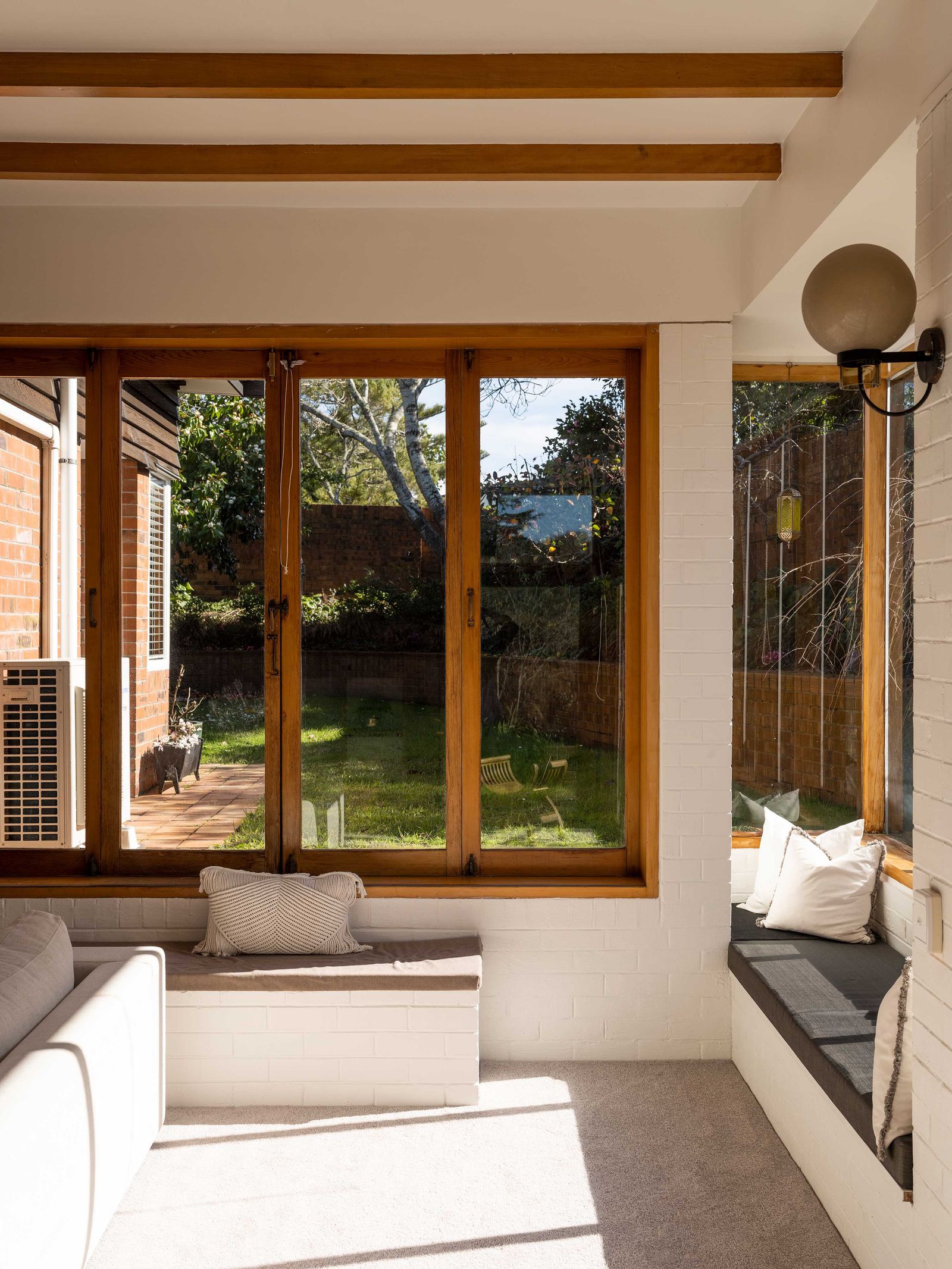