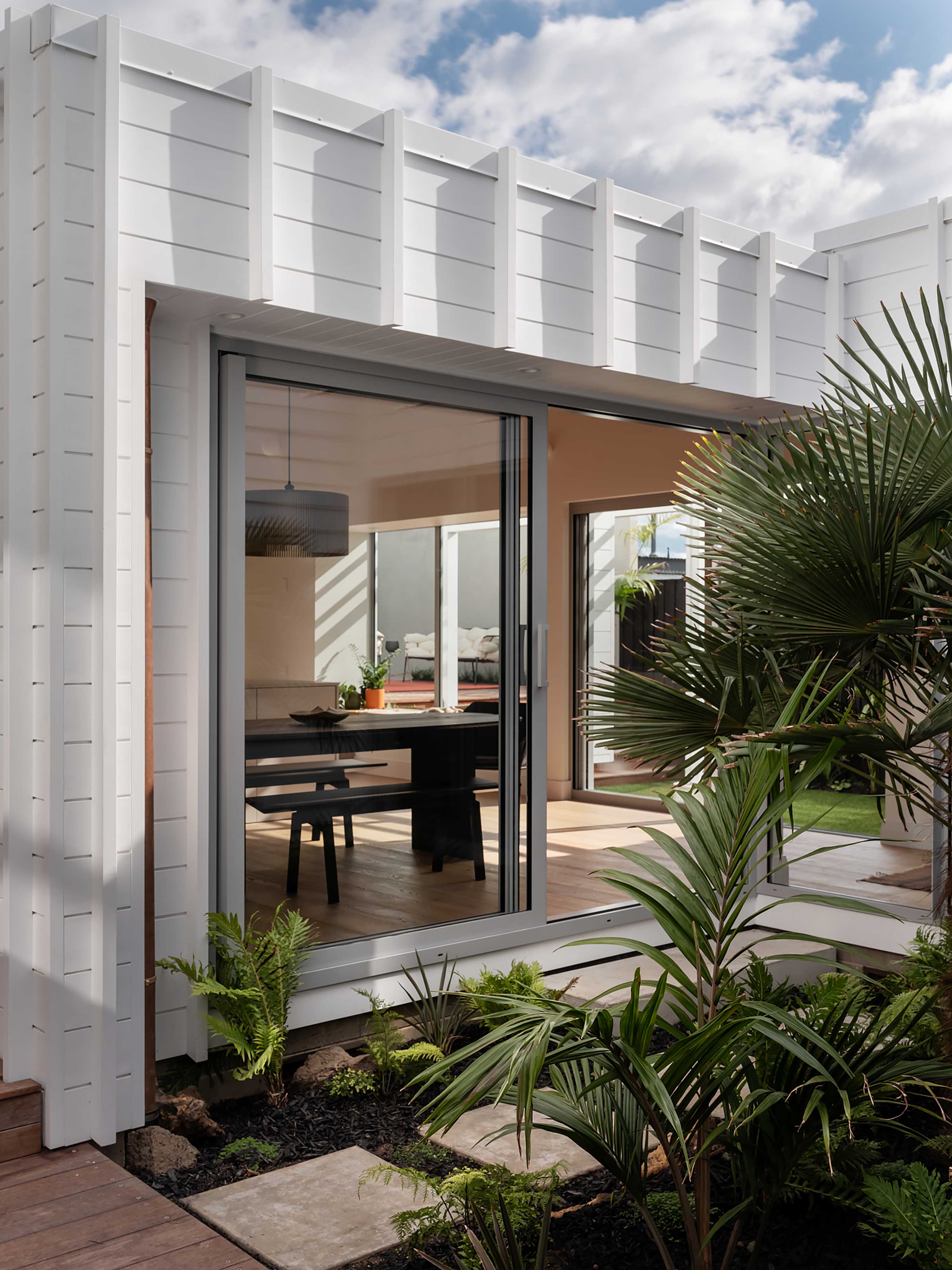 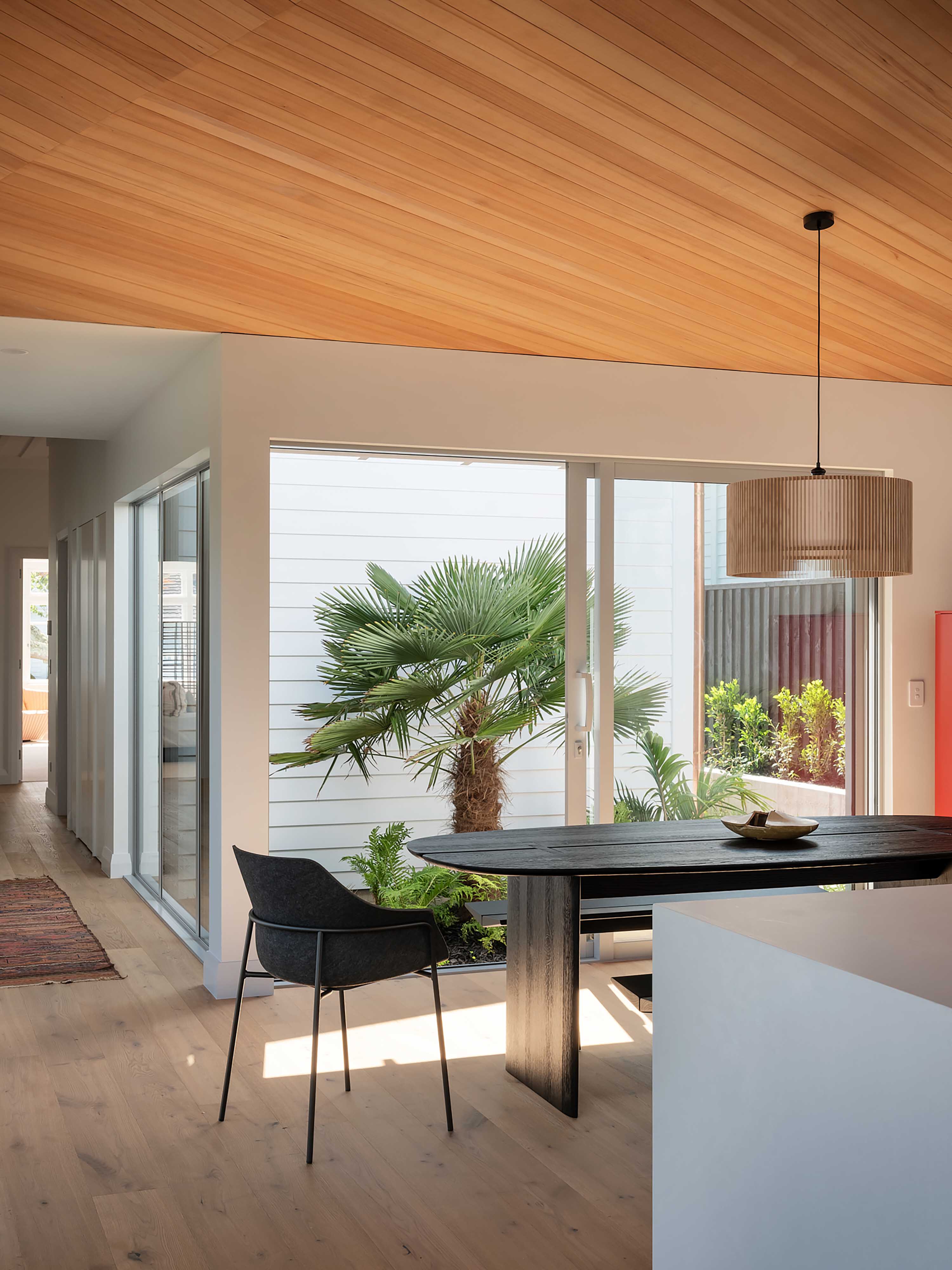 Extending character houses has tended to produce two types of response from architects in Aotearoa in recent years – a sort of historic-ish pastiche of fussy timber details, or an almost violent contemporary addition. Thankfully, a more nuanced approach has started to emerge, led by the likes of Pac Studio, led by Sarosh Mulla and Aaron Paterson whose work in character zones of central Tāmaki seeks to find a thread in the original house that draws into its new parts.

Their recent work on this bungalow, a short walk from Dominion Road in a sensitive character zone, has respected the original house – including its delightful bank of leadlight windows to the street – and added a white-painted, timber-framed extension that steps gently up the slope, clad with chunky timber framing over horizontal timber shiplap.

You enter through the original front door and into a classic dog-leg bungalow hallway. At the front, a generous main bedroom – with a bank of cabinetry in place of a walk-in wardrobe and generous ensuite bathroom – and a large separate family room. Three smaller bedrooms and a bathroom occupy the rest of the original house, which features new solid timber floors and carpet throughout, as well as central heating and over-code insulation.

The extension stretches to the back of the site, with a long northern face sheltered by a timber screen and the roof pitch offset. In essence, it’s a rectangle with the roof pitch running from corner to corner, rather than down the middle, a simple move which gives the living spaces a dynamic feeling under one big sheltering roof. It pulls down on the southern corner and kicks up on the north to the courtyard, and inside, it’s lined with warm western hemlock.

Pink kitchen cabinetry is the other highlight here, with the back of the kitchen forming storage and space for a television in the second living, which runs out to a sheltered courtyard with outdoor fireplace. Pink also – delightfully – runs along skirting boards.

The house will feature in Here some time next year but is now on the market with Robyn Ellson of Ray White Mount Eden with an auction on Sunday 6 November. 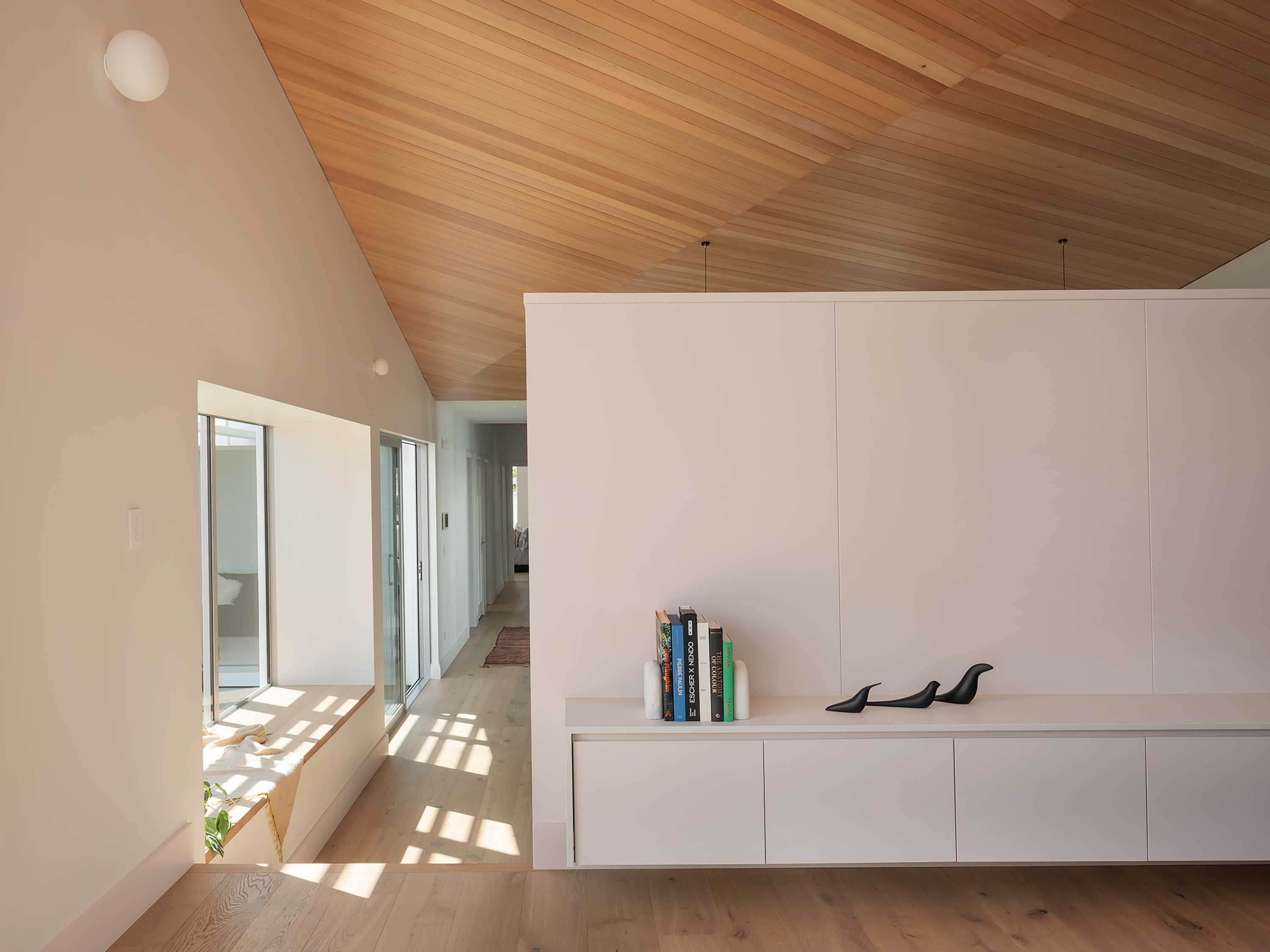 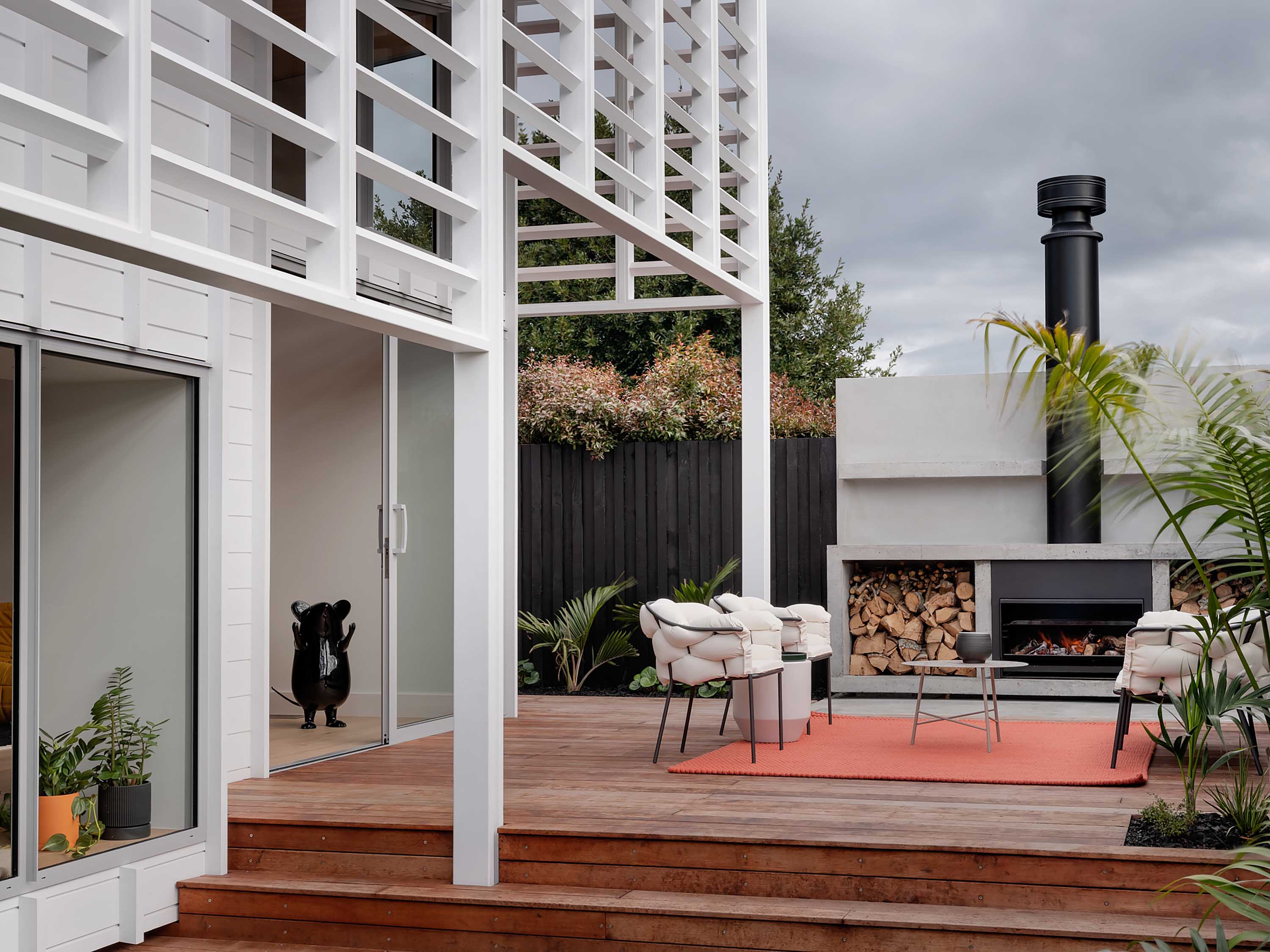 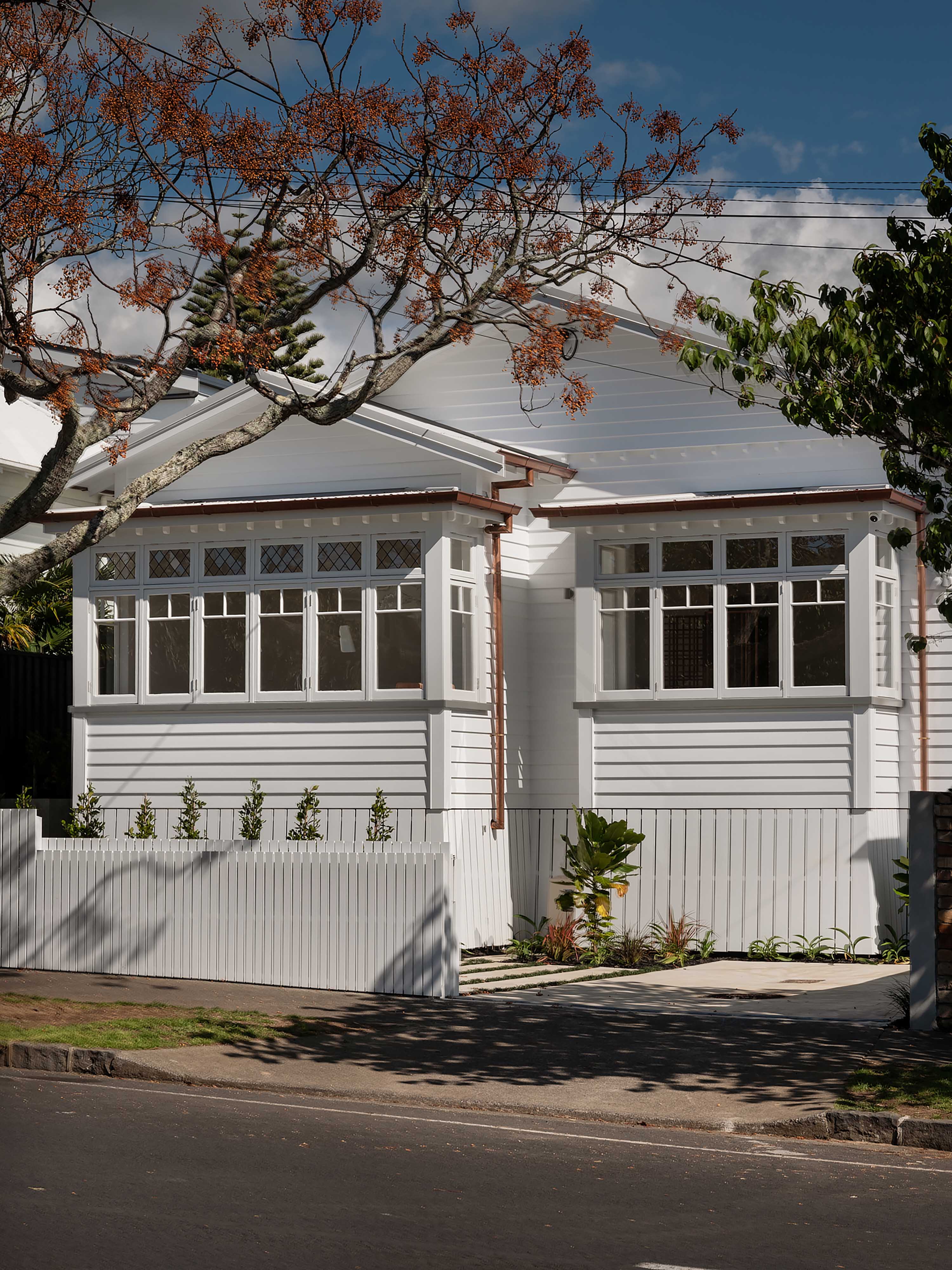 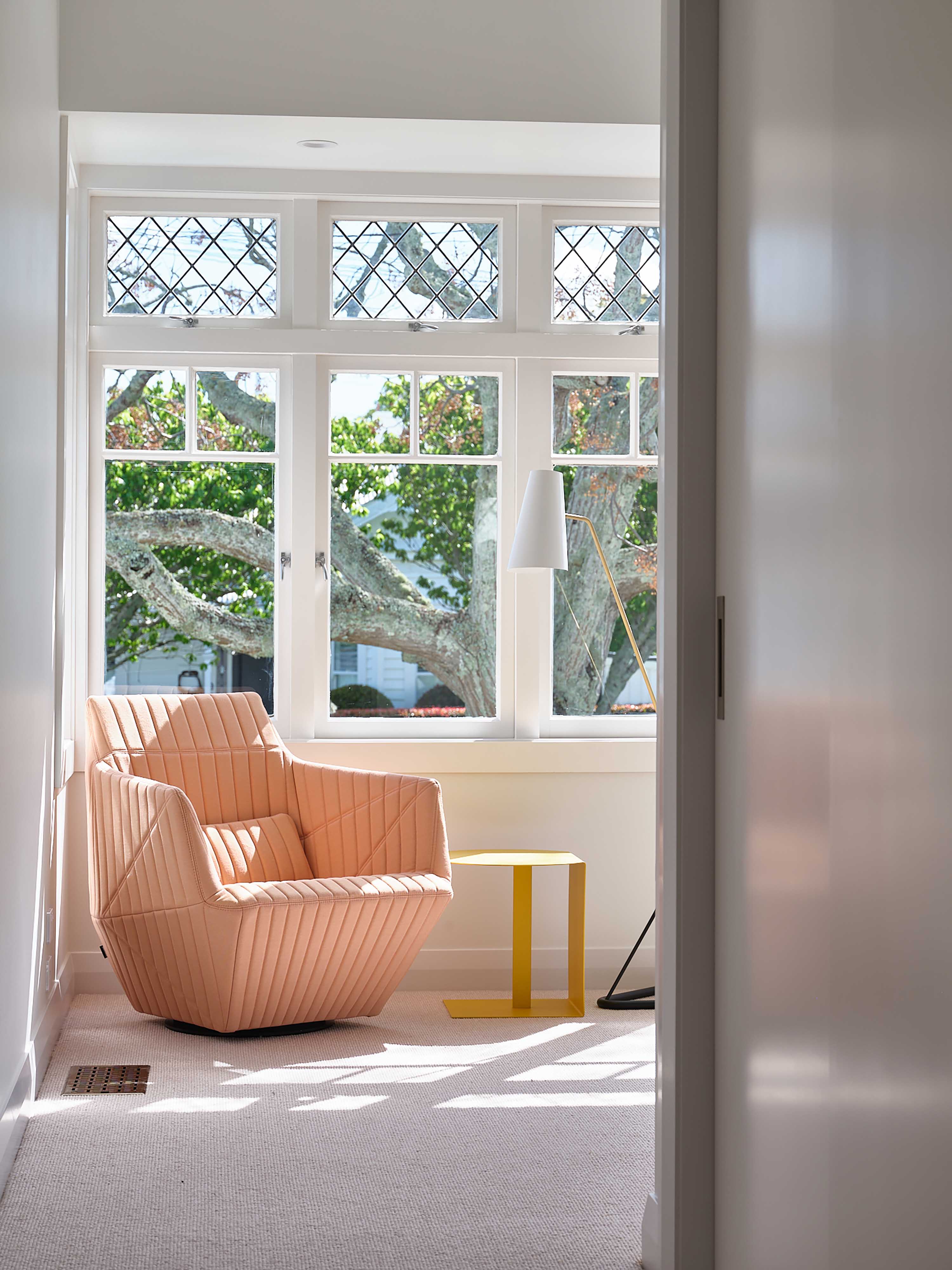 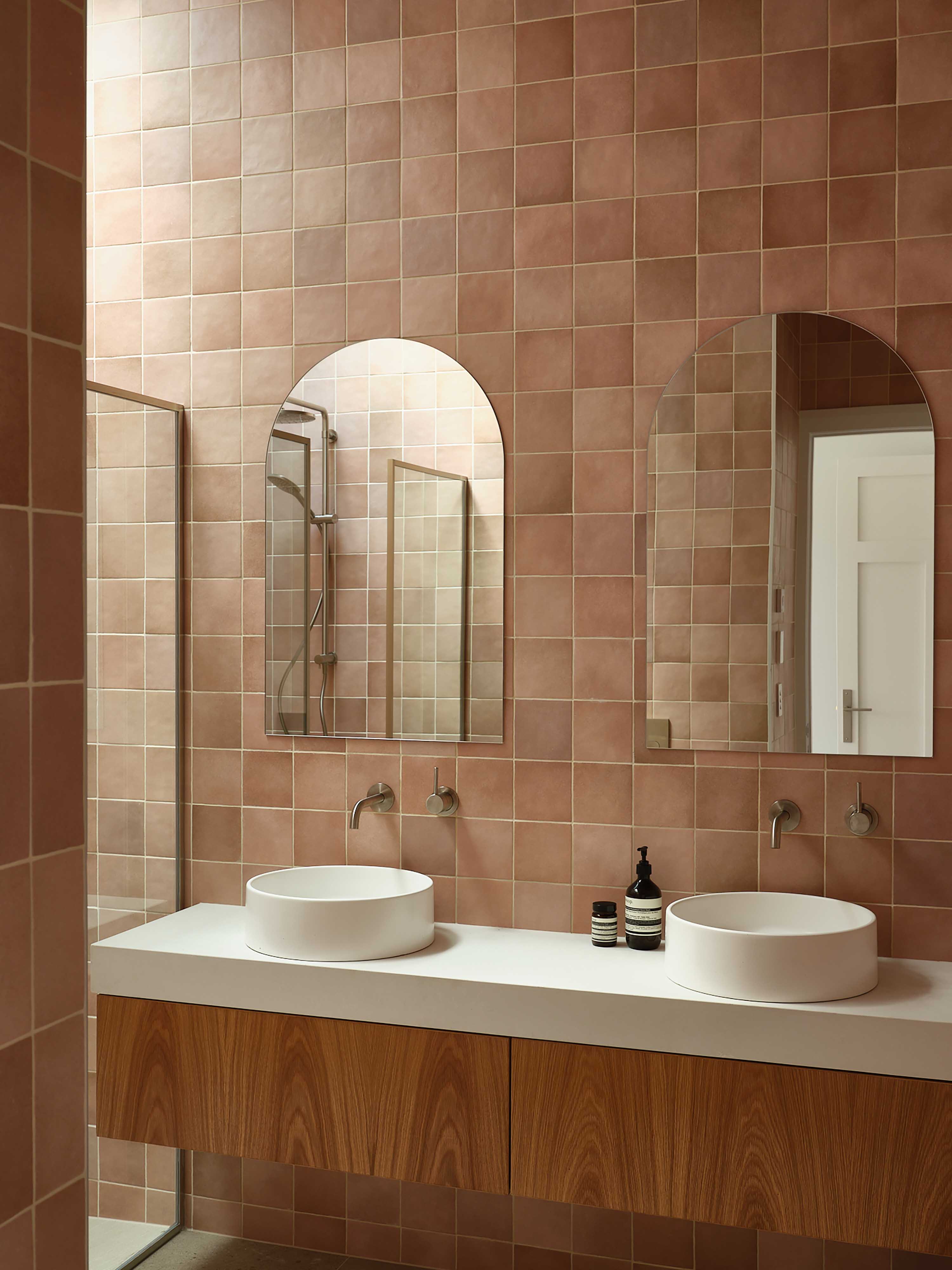